Old Elementary: The 1x2 plate with the arm that moved

Today's look back into LEGO® part history comes from Felix Stiessen, an avid LEGO enthusiast from Austria who is always interested in discovering new and interesting techniques to exploit the unique geometry of certain LEGO bricks.

Making its first appearance in 1984’s LEGO Castle range, the basic design of the LEGO® 1x2 plate with a vertical bar attachment has now been around for 35 years. However, in 2008 LEGO introduced a subtle design change that might have gone unnoticed by many. 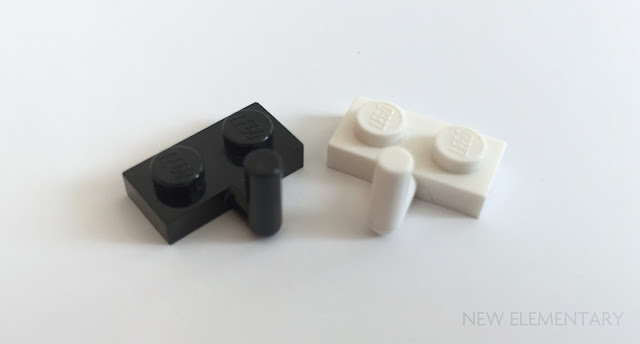 I first realised that there are two different variants of the part when I noticed the two seemingly identical elements listed in LEGO Digital Designer. At first I thought nothing much of it but when I had to use it for a real creation a rather interesting difference came to my attention. According to BrickLink, the original version was in production from 1984 and was still found in sets in 2012. It has its 3.18mm bar attachment positioned 1.5 plates away from the actual 1x2 plate, leaving space for a plate or tile to be put between the bar and bricks attached to part 4623. This means attaching SNOT elements such as Brick 1X1 W. 1 Knob will result in a noticeable 0.25 plate gap. 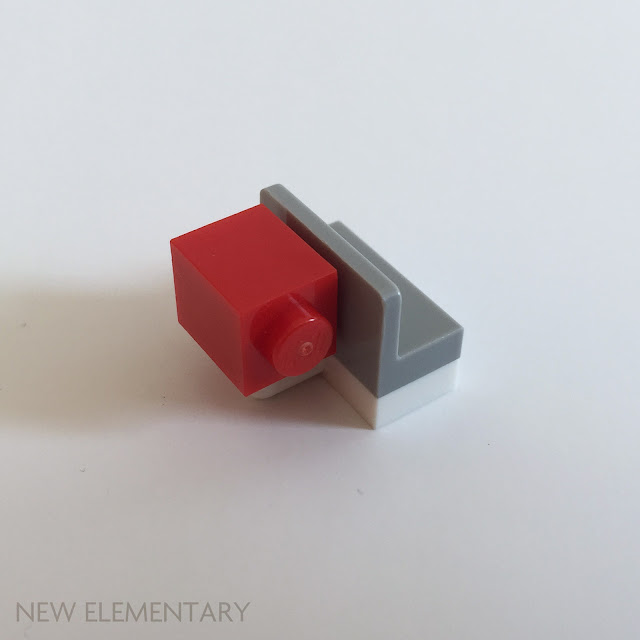 This is rather unique in the LEGO System and allows for some interesting connections with jumper plates, as demonstrated below. 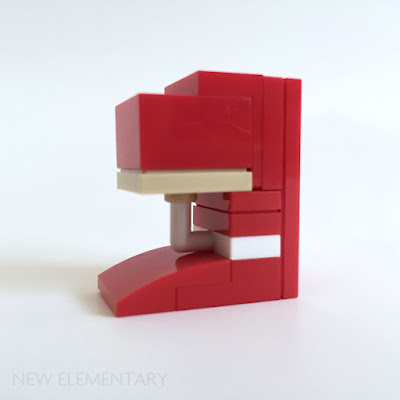 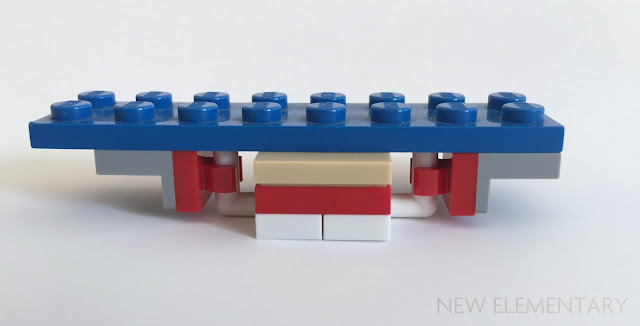 A more practical application that came to mind is the use as a crude lock for castle-style doors. (The 1x4 tile is held in place firmly.) 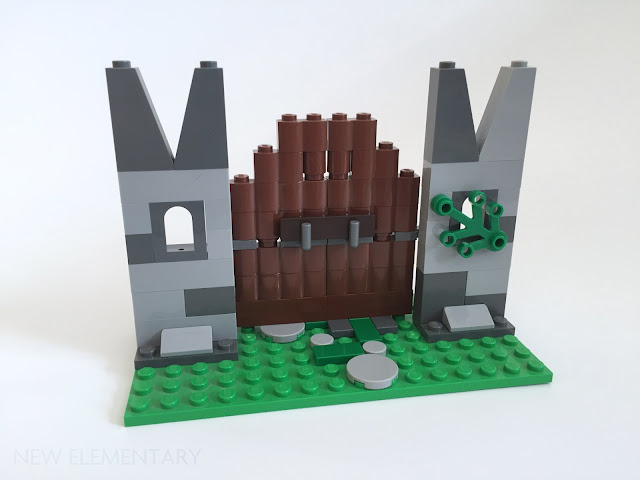 BrickLink and Brickset disagree as to when the new design, 88072, first appeared in sets but the latter date it as 2008, within Belville sets such as 7585 Horse Stable. This version of the part has been in production ever since. On BrickLink, both designs are called Plate, Modified 1 x 2 with Arm Up but the two variants are distinguished by their horizontal arm length (6mm and 5mm respectively). 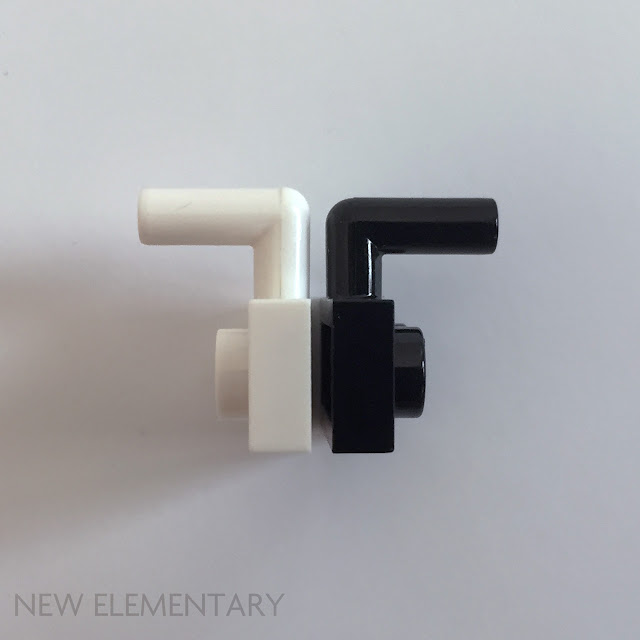 Unlike its predecessor, 88072 has what might be considered a more logical design. The 3.18mm bar attachment is now 1.25 plates (half a module) away from the 1x2 plate. Attaching elements such as Brick 1X1 W. 1 Knob now leaves no noticeable gap. 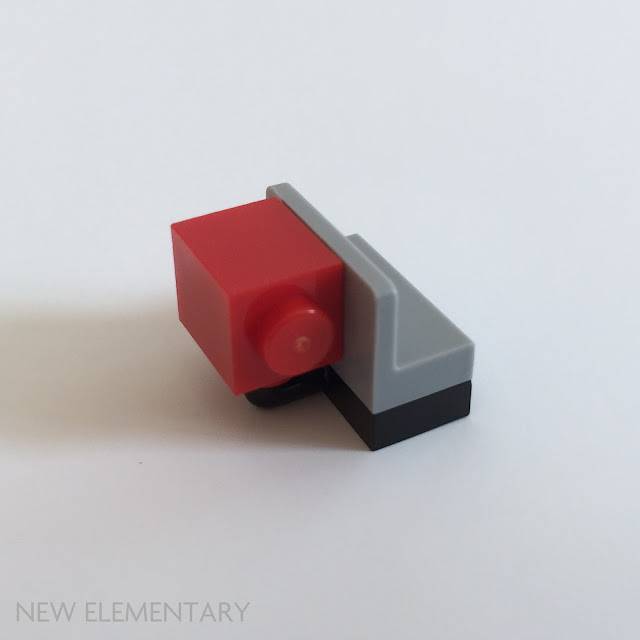 While the redesign eliminated some interesting options, it did mean that the part can be used in the System more easily. I have found it to be especially useful for changing building direction, transitioning from even to odd widths, or both at the same time as demonstrated below. 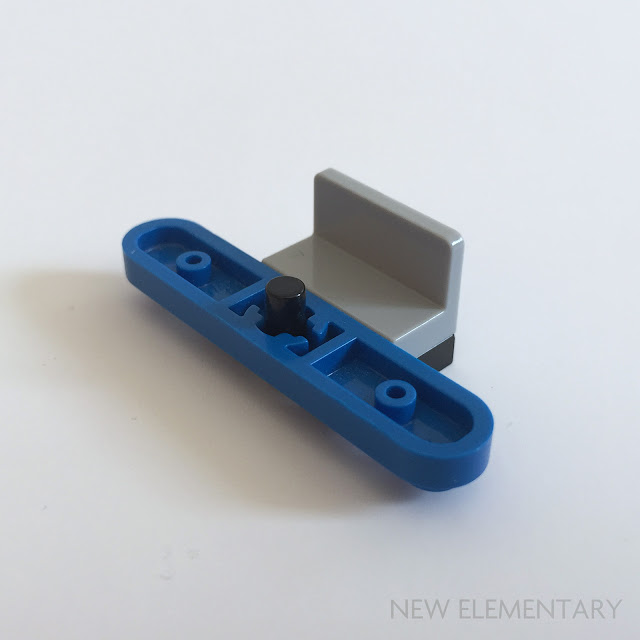 LEGO Senior Designer Mike Psiaki also put it to great use in 21309 NASA Apollo Saturn V, as has previously been elaborated upon in New Elementary's review.

Interestingly, part 30043 Plate 1X4 W. Rev. Hook, which can definitely be considered a relative of both elements described above, has always had its shaft positioned 1.25 plates outwards ever since its first release in 1996 until its most recent appearance in 41161 Aladdin and Jasmine's Palace Adventures this year. 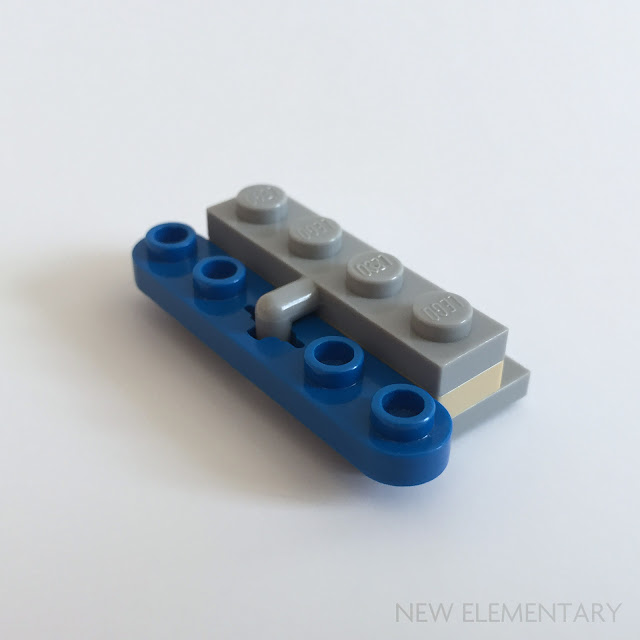 In conclusion, having spent a fair amount of time inspecting both parts, I can confidently say that both of them allow for equally unique and interesting building techniques. However it is fair to assume LEGO decided to update the mould to make it easier to integrate the part into the System, especially in connection with parts such as 30237 Brick 1X2 W. Horizontal Holder.

Do you know of an interesting LEGO part you'd like to write about for Old Elementary? Can you photograph (and write!) well? To get in touch with us, choose 'Contact us' in the main menu.

Products mentioned in this post were kindly supplied by the LEGO Group. All content represents the opinions of New Elementary authors and not the LEGO Group. All text and images are © New Elementary unless otherwise attributed.
Admin: Tim Johnson Posted on 9/25/2019 03:30:00 am
Email ThisBlogThis!Share to TwitterShare to FacebookShare to Pinterest
Labels: Old parts, Technique