Jaap Bijl (jaapxaap) reveals his final LEGO® model for our Parts Festival using a collection of seed parts chosen by us.


So here it is. My third and final update for the Parts Fest. I wrote last time that this update would be all about my final build that shows uses of some of the seed parts. I showed a little work in progress of a mushroom house with a purple door en an arch of stars above it. Over the last week I have spent quite some time on it and here it is. I present to you my Mushroom Mansion! 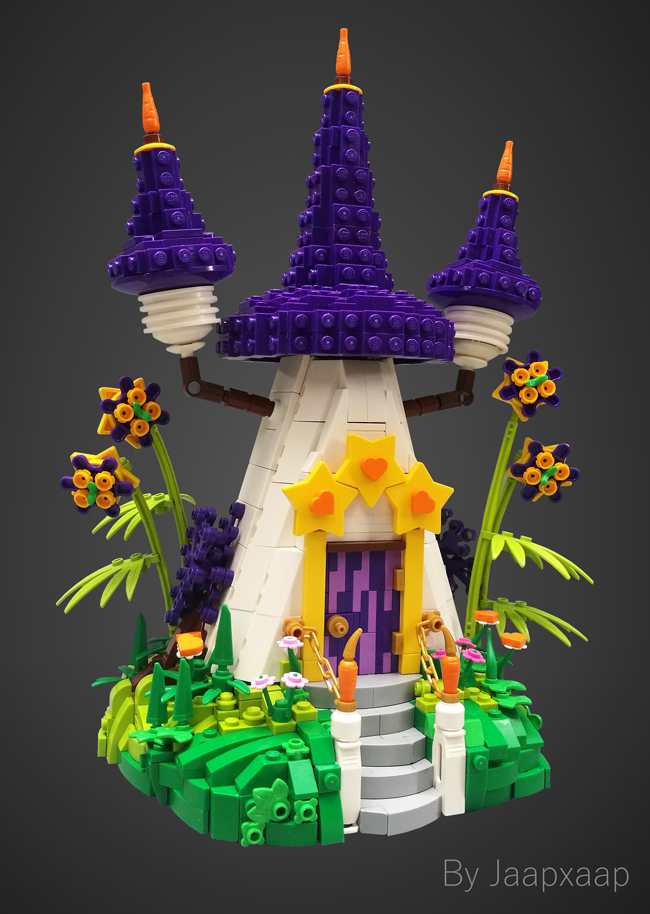 I don't like to write a lot about my own builds, I just want to leave thoughts open to viewers. So I won't go into details about the model but will show you all the seed parts I used, as well as a few other building techniques.

While building, I took a shot of the technique I used to connect the walls of the house. The photo isn't the best, but it shows it well. 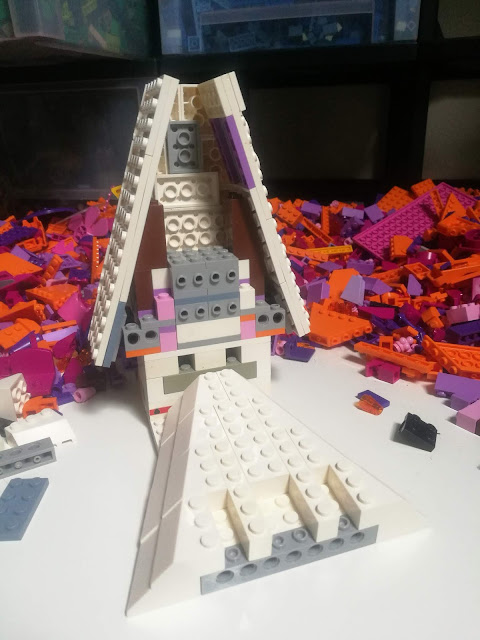 The front and back wall are connected to  SNOT bricks. The angled side walls are connected to a 2x2 modified plate with Technic hole, which I put into the 2x1 bricks with 2 Technic holes on the bottom. The walls rest on the brown slope bricks, and that is enough to get a sturdy core for the build.

Now we come to my personal favourite part use in this build: The weird stud shooters (Shooter w/ Cross Axle, No. 1 – 6248534|41812) as pillars for the house. It was a bit tricky to connect the part and fit it in, but when it's all locked, I really like the result.

That's all the seed parts I used in the house itself but there are a few more in the nature around the house. First, I used some of the orange heart tiles (Tile 1X1, Heart, No. 1 – 6258993|39739) as flowers to get a few more colourful details into the build. Besides that I re-used the big flowers from the tablescrap of my first Parts Fest update. They fit in perfectly colour-wise, and also add a nice touch of scale to the mushroom. (Or is this a fantasy world with big flowers and man-sized mushrooms…?)

Besides those unique part-uses, I also enjoyed adding a few more interesting parts, which you probably already spotted: the carrots on top of the house as well as on the front pillars, and the white wheel edges in the small side towers.

And with that we have come to the end of my Parts Fest experience. I hope you enjoyed my walkthrough of thoughts, my experimenting with weird pieces and the builds I have come up with.

Products mentioned in this post were kindly supplied by the LEGO Group. All content represents the opinions of New Elementary authors and not the LEGO Group. All text and images are © New Elementary unless otherwise attributed.
Posted by: Admin Posted on 9/10/2019 03:30:00 am
Email ThisBlogThis!Share to TwitterShare to FacebookShare to Pinterest
Labels: Parts Festivals