Duncan Lindbo returns from the garden today with a rather nasty discovery for our LEGO® Parts Festival.

There I was, out getting some fresh air, when a flash of purple caught my eye. Upon further investigation, it turned out to be some kind of foul alien worm. In an abundance of caution, I put on a pair of thick gloves before handling the specimen. 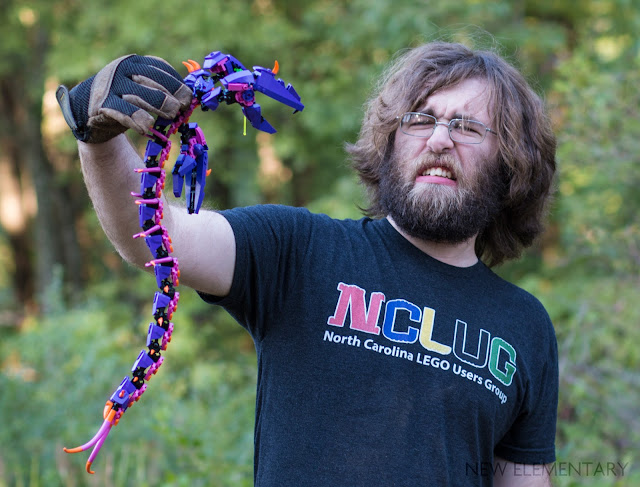 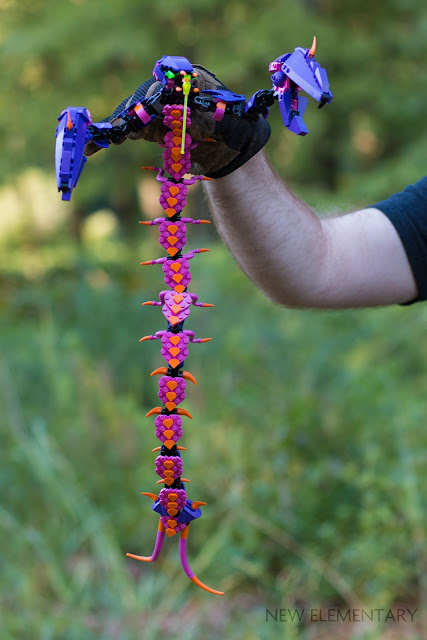 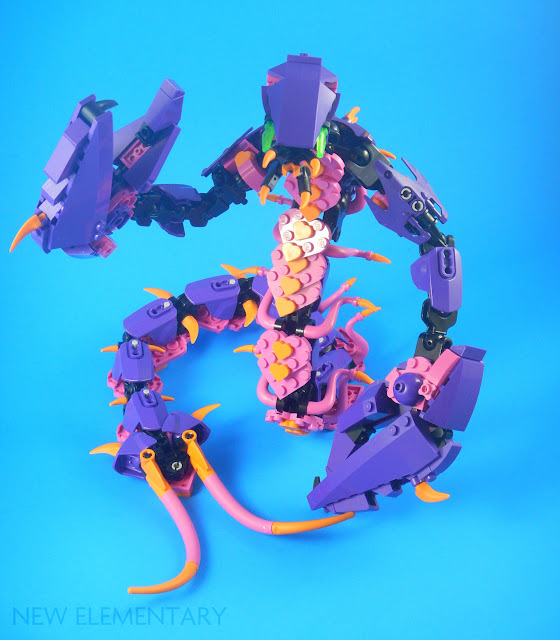 So, here we are, with a garishly colored centipede-looking thing. The Tyranids from Warhammer 40K were the main source of inspiration for this MOC. They’re basically H.R. Giger’s “Alien” xenomorphs minus some of the Freudian imagery, plus some crustacean influences, now in 12 fun colors! Devouring a solar system near you. 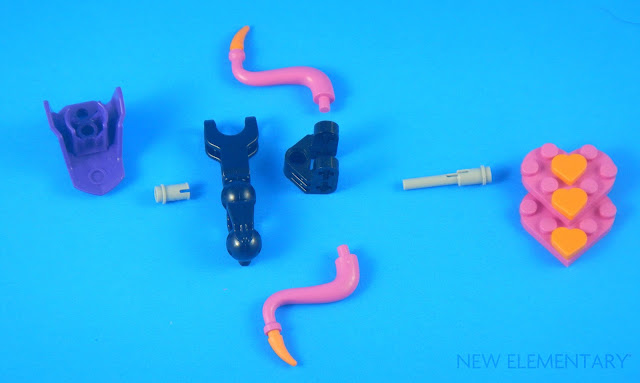 Build-wise, there’s nothing too complicated going on, other than the fact that using the hearts as “scales” necessitated mounting them at 45 degree angles. It can be tricky to work with 45 angles in LEGO, but if you’re willing to sacrifice sturdiness, single stud connections work 'fine' (somehow, I didn’t actually lose any parts outside, despite the fact that pretty much any adjustment in pose requires re-attaching one or more scale plates). 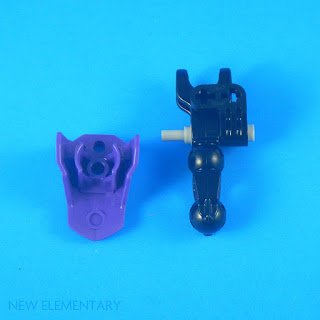 I kept the scales from wiggling too much by relying on the fact that the flick fire missile shafts (3 M.Arch W.Knob And Shaft Ø3.2 – 61184) are three studs long, which is exactly the right length to pass through the Technic connector, the CCBS beam, and plug into one of the 3.18 mm holes in the CCBS shell on the other side, which provides the friction to hold everything in place.

And now, if you’ll excuse me, this thing’s drool is starting to burn holes in my floor so it’s time to break out the flammenwerfer and purge some xenos...

Products mentioned in this post were kindly supplied by the LEGO Group. All content represents the opinions of New Elementary authors and not the LEGO Group. All text and images are © New Elementary unless otherwise attributed.
Posted by: Admin Posted on 9/09/2019 03:30:00 am
Email ThisBlogThis!Share to TwitterShare to FacebookShare to Pinterest
Labels: CCBS, Parts Festivals