Back in July we published an article by David Gregory about some seemingly new colours/ decorations/ lack of decorations of LEGO® elements found in Build a Minifigure towers. In August our friend and avid follower AFOL Jack asked Vice President of Design Matthew Ashton whether these were intentionally being produced as exclusives – which Matthew confirmed! Meanwhile, Erik H. (HokayBricks) had been researching these new elements and shares his findings with us today. There are surely more than these, for example Erik hasn't tried to identify any heads yet – so if you are aware of more, do comment!

The parts described below are all completely new – they have not appeared in any official set prior to the release of the July 2019 batch of new parts for Build a Minifigure towers at LEGO Stores worldwide. For comparison I have photographed most of the previously released variants of each design, with the new one on the right. 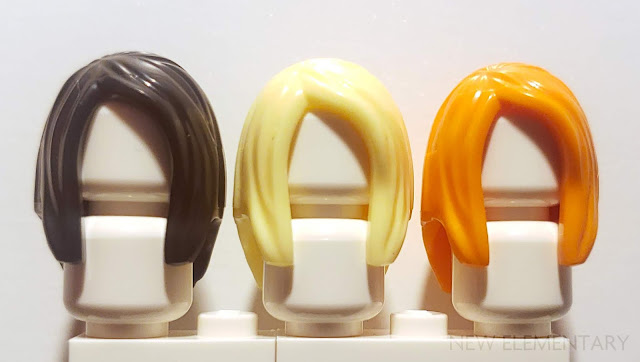 Rubber Long Straight Hair with Bangs (Design ID 17346) is now available in Cool Yellow/ Bright Light Yellow, previously available in Black (in two Collectible Minifigures), Dark Brown (two sets), White (two sets) and Dark Orange (one set). This piece is sometimes known as the Spooky Girl hair as it debuted in Black in the Collectible Minifigure of this name in Series 12, 2014. 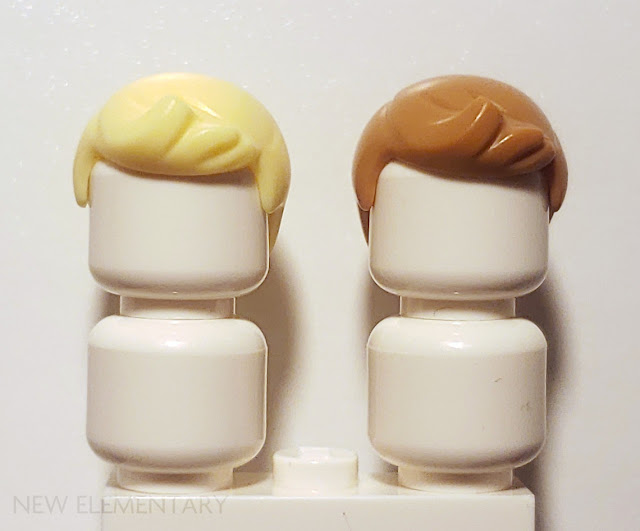 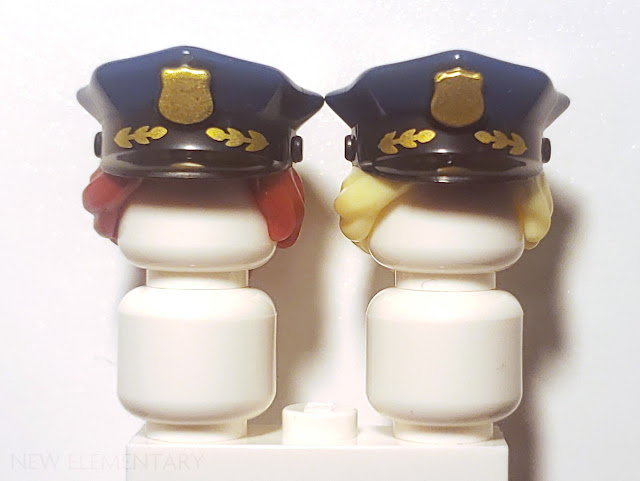 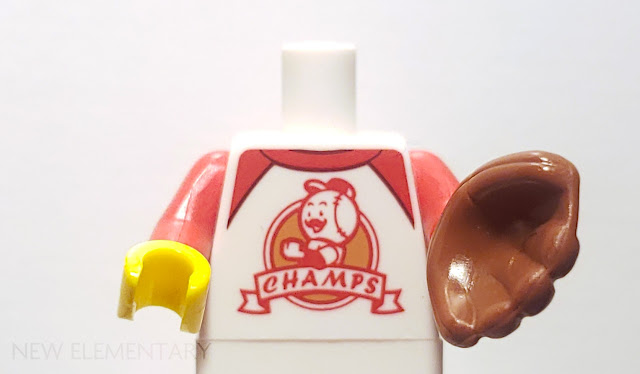 Lower Body Skirt (36036) is now available unprinted in Bright Red/ Red. Unprinted versions of this design have previously been available in Black (one set and one Collectible Minifigure), Sand Blue (one set), Dark Stone Grey/ Dark Bluish Gray (one set), and Earth Blue and Medium Nougat (both of which were Build a Minifigure exclusives earlier in 2019). This design is also available in an even wider array of colors if you include printed pieces. 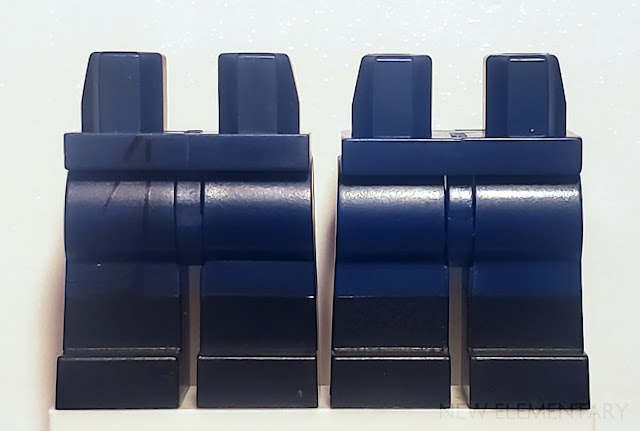 Dual-Molded Legs Assembly (21019) is now available unprinted in an Earth Blue and Black color combination, previously available but printed (one set). Black printing on Dark Blue pieces can be hard to see – trust me, the legs on the left have printing. 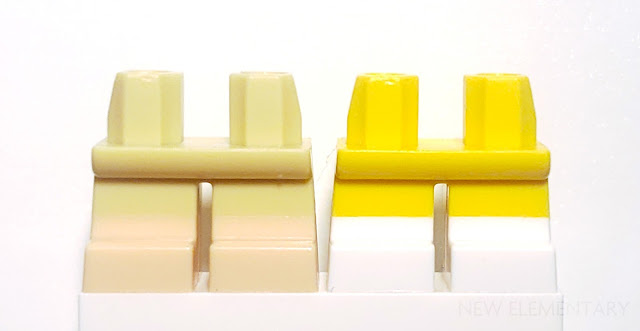 Dual-Molded Short Legs (41879) are now available in a Bright Yellow/ Yellow and White color combination, previously available in a Brick Yellow/ Tan and Light Nougat/ Light Flesh color combination (one Collectible Minifigure). I find it strange that LEGO would choose to produce this particular color combination. I think it’s safe to say that we are meant to believe that for dual-molded short legs, the top color represents the minifigure’s pants while the bottom color represents the minifigure’s bare legs or footwear. I’d say these color choices are cheeky, to say the least. 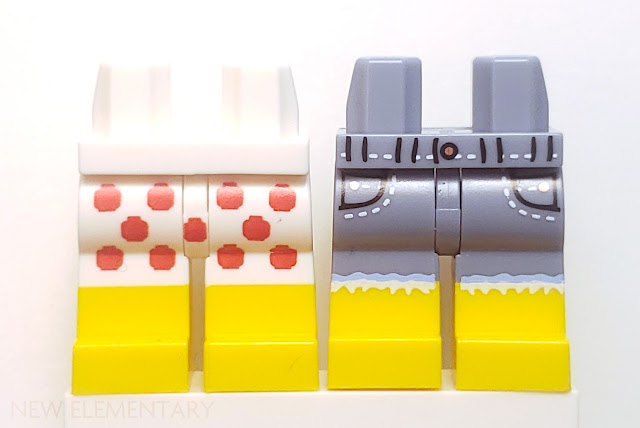 Radio Boom Box with Handle (93221) is now available in Black with silver printing, previously available in Lavender (one Collectible Minifigure), Black (three Collectible Minifigures, two distinct printing patterns), Medium Stone Grey/ Light Bluish Gray (three sets) and Bright Orange (one promotional set). The printing pattern of the new element is identical to that of the Lavender variant as well as one of the two Black variants. 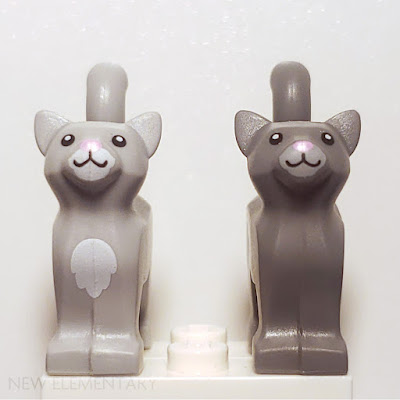 
READ MORE: Hidden Side 70422 Shrimp Shack Attack – our review showing all the new colours found in this set

Products mentioned in this post were kindly supplied by the LEGO Group. All content represents the opinions of New Elementary authors and not the LEGO Group. All text and images are © New Elementary unless otherwise attributed.
Admin: Tim Johnson Posted on 9/07/2019 07:44:00 pm
Email ThisBlogThis!Share to TwitterShare to FacebookShare to Pinterest
Labels: Colour, Minifigures