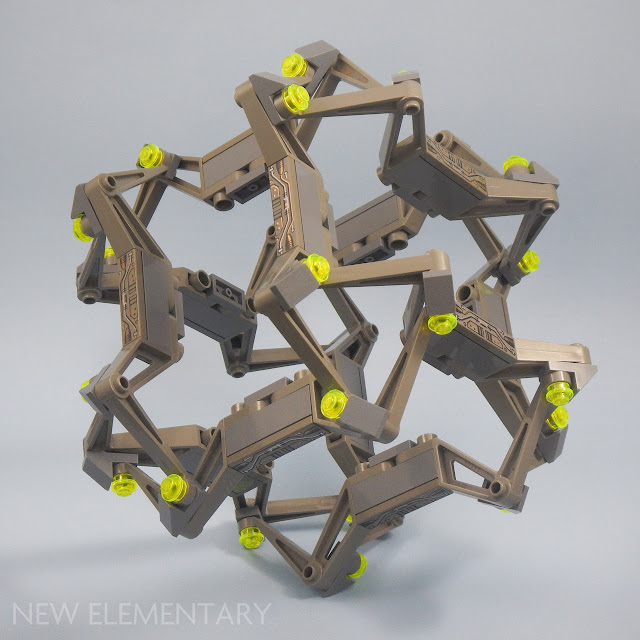 At first glance, they’ve certainly got more connection points than the Insectoid wings, with studs at both the 'base' and 'tip' and at the fake joints in the middle. This gives them some good potential for abstract structural supports. 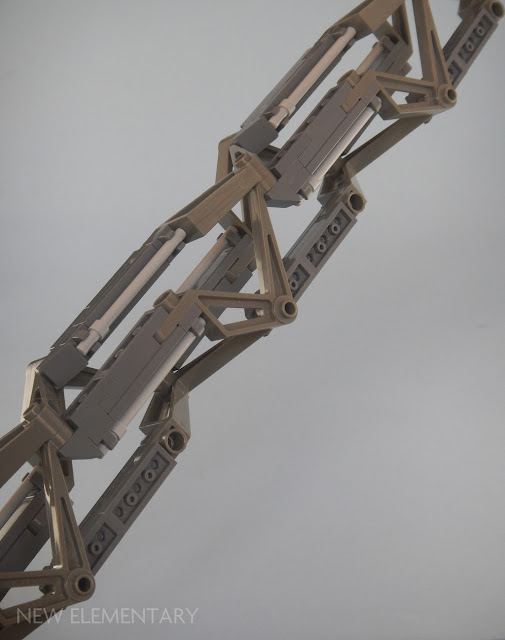 Just like the wings though, their geometry doesn’t always match any other parts LEGO has made. 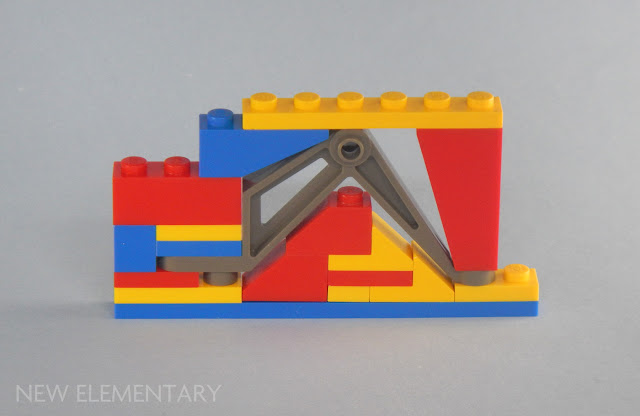 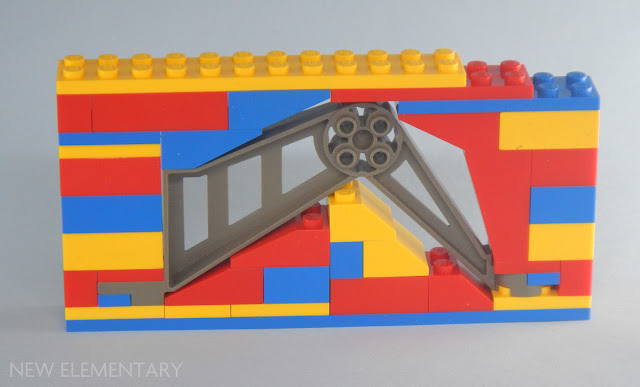 I certainly couldn’t seem to match them up with any existing slopes, for example.

The small legs are a single stud wide, except at the fake joint, which is two plates wide plus the thickness of the hollow studs on either side. 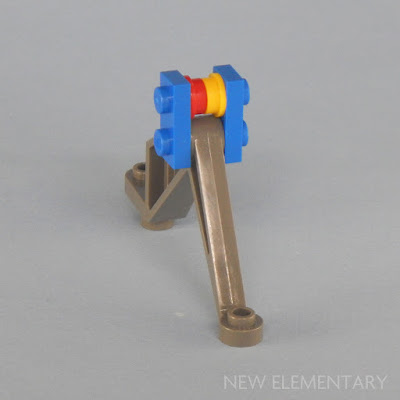 This means you can’t have them directly next to one another; you need to leave a bit of a gap between them. 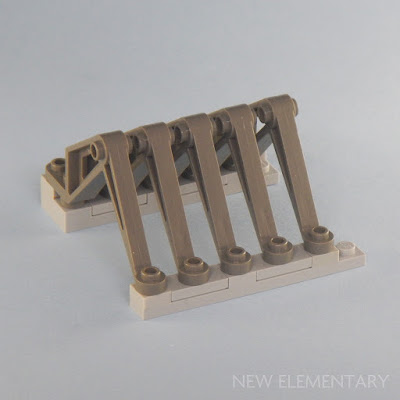 Both ends of the small legs are rounded, meaning they can be sandwiched in a stack of plates and still have some degree of freedom. I used this to my advantage in the ankles of the little scout robot in this MOC. 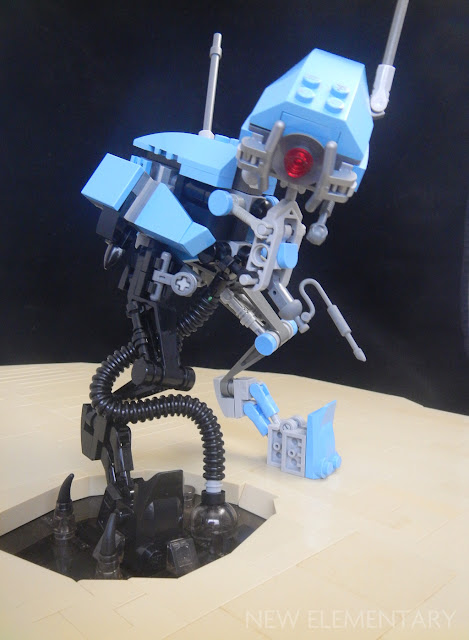 The studs on the base of the small leg and the fake joint are also hollow, meaning a 3.18mm bar can be passed through them. The hole through the leg joint is quite loose, to the point that without additional parts like an Apollo stud (Pl.Round 1X1 W. Throughg. Hole – 85861) anything placed through this hole will just fall out. This seems to be that way by design, since all the legs I tested were like that. Presumably this was done to prevent small parts from getting stuck and becoming difficult to remove. 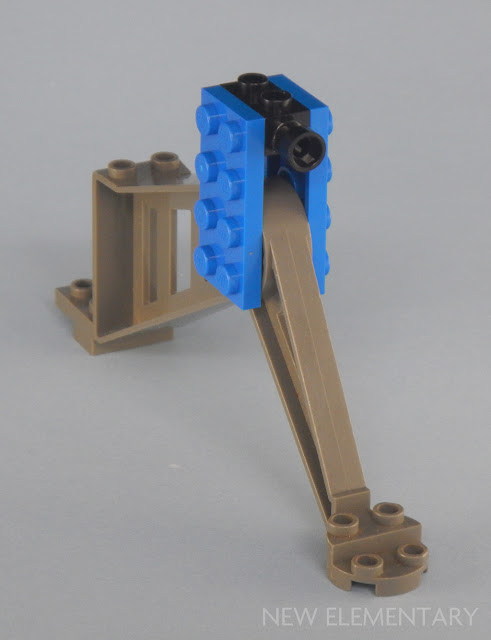 The big legs lose a bit of the 'flexibility' of their smaller counterparts. The base end is square, so that end isn’t going to be rotating without some additional hinge parts. The 'tip' of the leg, at least, is a 2x2 round disc but the one-plate height difference between its two sides means that to take advantage of this you’ll likely have to make a choice between sacrificing aesthetics or some structural integrity (at least until we get quarter or half circle plates). 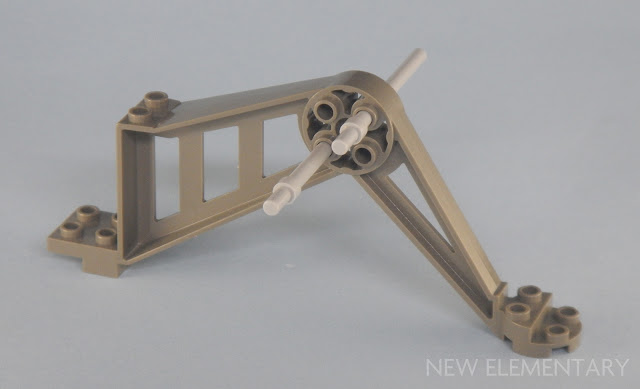 The 'joint' in the big leg is one stud wide, and the studs in it are hollow just like the small leg, allowing 3.18 bars to pass all the way through. Unlike the small legs, these holes will hold the bars in place but the openings are still slightly larger than 3.18mm, so anything inserted into these can wiggle slightly. There’s no hole through the center of the joint, which really seems like a missed opportunity. I could have really used that in this MOC, where the CCBS parts connect to the bug legs in the docking clamp. 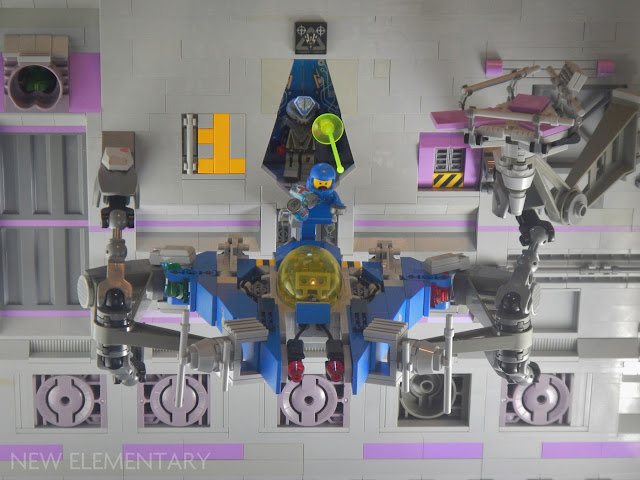 Without being able to insert a Technic axle through it, the arms separate from the clamps far too easily. As it is, it’ll hold the ship in position without any other support… But getting things into position is a pain and tends to require rebuilding.

Despite their quirks, I’d still say the Insectoid legs are easier to incorporate into MOCs than the wings… even if they are still sort of niche. Hopefully these examples here have provided some inspiration to use these parts in your own MOCs!


Do you know of an interesting LEGO part you'd like to write about for Old Elementary? Can you photograph (and write!) well? To get in touch with us, choose 'Contact us' in the main menu.


READ MORE: How the design of the modified 1x2 plate with handle was changed in 2008

All content represents the opinions of New Elementary authors and not the LEGO Group. All text and images are © New Elementary unless otherwise attributed.
Admin: Tim Johnson Posted on 10/01/2019 05:56:00 pm
Email ThisBlogThis!Share to TwitterShare to FacebookShare to Pinterest
Labels: Old parts, Space, Technique