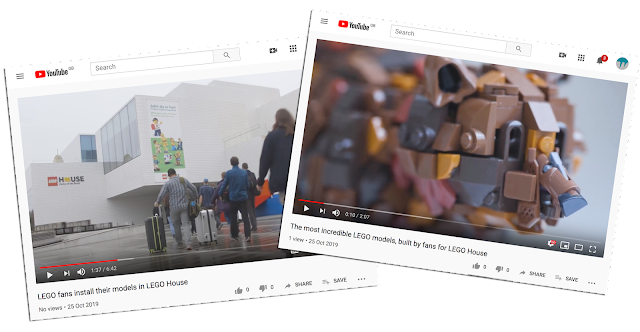 Clearly the footage is just the edit and is yet to have music and the names of the speakers added, so presumably a slicker completed version is to follow at some point but we hope you enjoy this version.

Speakers in order of appearance:

The other exhibitors in the Masterpiece Gallery are:

This seems to be unused model footage so perhaps will never be used elsewhere?

The models are on display inside LEGO House in Billund until September 2020. Our thanks to LEGO for providing these videos and organising the interview.


READ MORE: How to display in LEGO House, explained by Stuart Harris

All text is © New Elementary. Videos are © The LEGO Group 2019
Posted by: Admin Posted on 10/26/2019 03:30:00 am
Email ThisBlogThis!Share to TwitterShare to FacebookShare to Pinterest
Labels: Community, Event