Kev Levell (on Flickr) completes his exploration of the 2020 LEGO® NINJAGO® set 71720 Fire Stone Mech today by creating his own MOCs inspired by some of its parts. Buying this set? Consider using our affiliate links: UK LEGO Shop | UK Amazon | USA LEGO Shop | USA Amazon | Australia LEGO Shop, for other countries 'Change Region'. New Elementary may get a commission. The products in this article were provided for free by LEGO; the author's opinions are not biased by this.

In the past when I’ve used review sets to build alternative models for New Elementary, I’ve been strict and have only used the parts provided in the sets. I don’t think that’s an essential criteria at all though, in fact I love seeing what is possible when the “envelope is opened out”. So with the LEGO® NINJAGO set I analysed yesterday, 71720 Fire Stone Mech, I want to show you what makes this a set to buy for its parts selection – and not just bulk-buy those funky stepped panels! 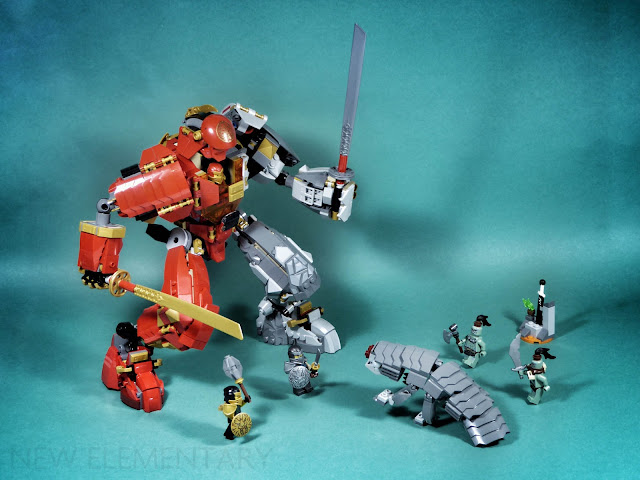 Bulk-buying those funky stepped panels – Brick Special 1 x 4 with 3 Layers Curved (66955) – was exactly where I began, however! I bought a few extra from BrickLink ahead of the set getting to me as I was inspired most of all by its shapes. 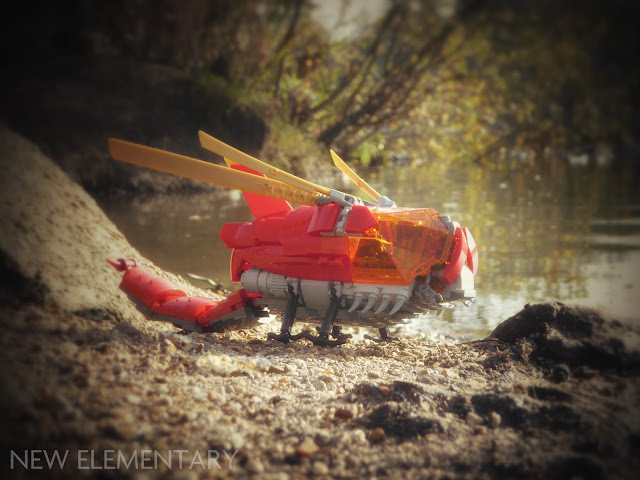 My first thoughts were that they could be used to reflect things found in nature. The plates of exoskeletons found on insects such as this dragonfly, the scales or layers of hardened skin or bone seen prominently on animals like armadillos and pangolins and even shark gills… and although I didn’t build a shark, it’s definitely now on the ‘to do’ list! 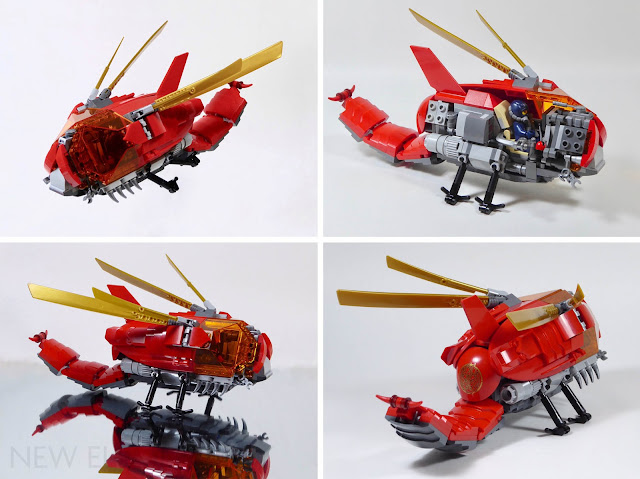 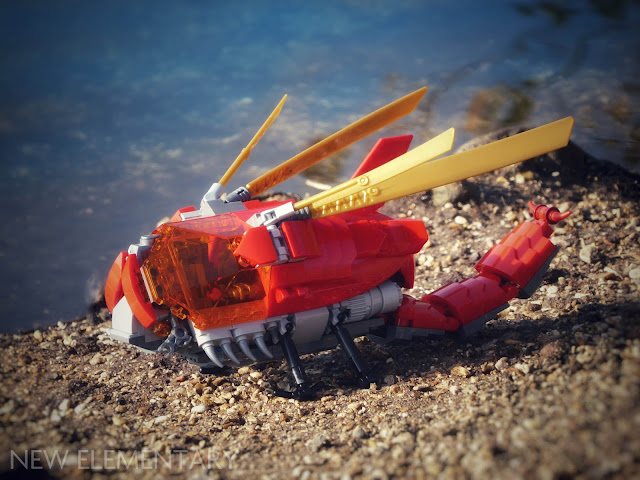 The stepped panel part, when used in greater quantities than provided in one set, can produce unusual-looking things… 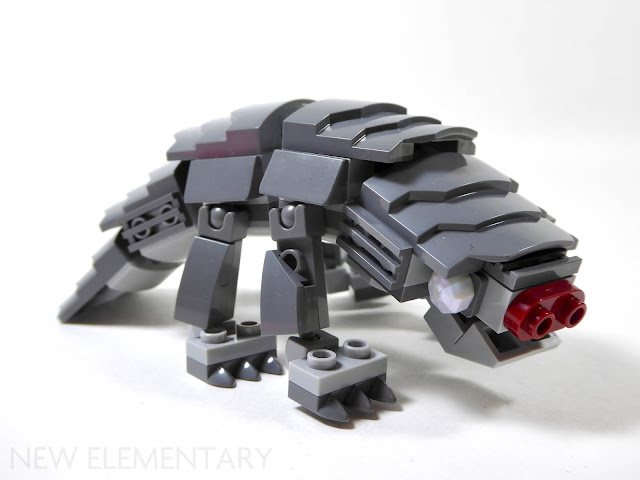 The name is a play on the word armadillo but I'm not sure about it. Alternatively I thought Tankolin (derived from pangolin) or Tankylosaur (from ankylosaurus)... there's also something sloth-y about it? I was really trying to get him to fully curl up like woodlice do, but some aesthetic hang-ups and large gaps prevented more than the gentle curve I managed. 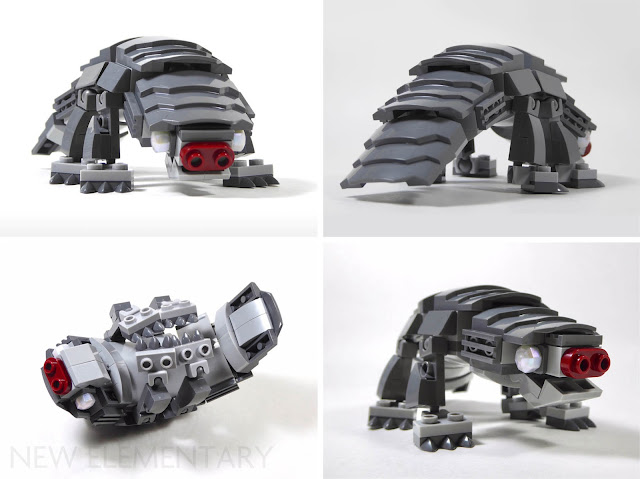 I’ve cast him in an attacking role in some of my pictures, but seeing him here makes me think he’s more of a good-tempered family pet who loves having his tummy rubbed.

Nevertheless... Armoured-Kill-Mole wants to swipe The Dragonfly out of the sky! 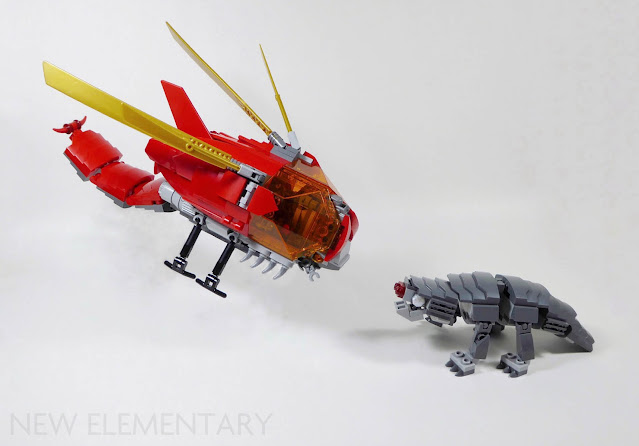 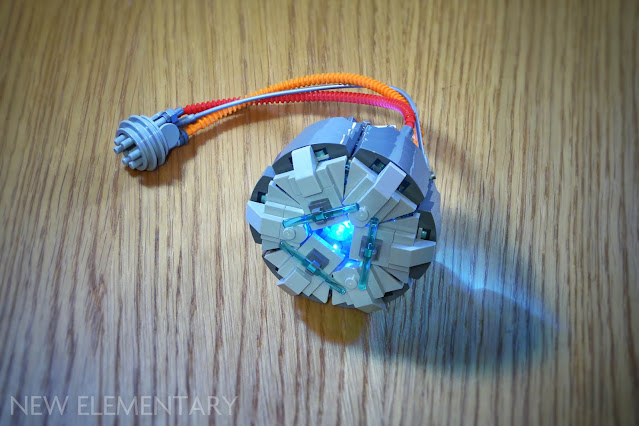 During the process of experimenting with the stepped part I wanted to see if it was possible to create a circle… six segments arranged hexagonally just made me think of Iron-man’s arc reactor. That particular rabbit hole led me somewhat into the territory of “Tony Stark built this in a cave from a box of scraps!”. 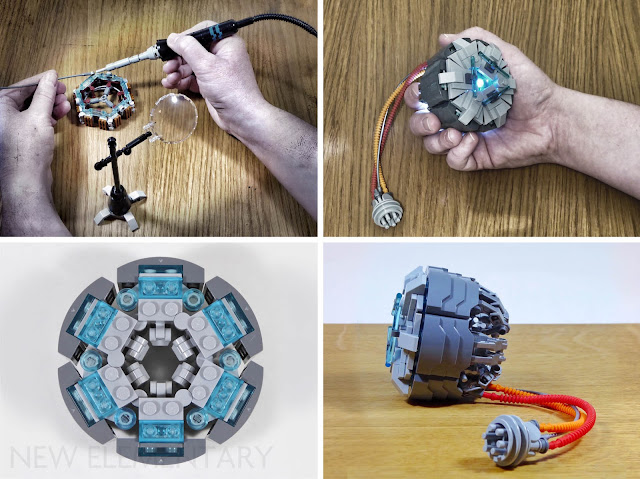 It’s not remotely accurate to any of the arc reactor variants we’ve seen on screen, hopefully there’s enough of a ‘feel’ to this though. 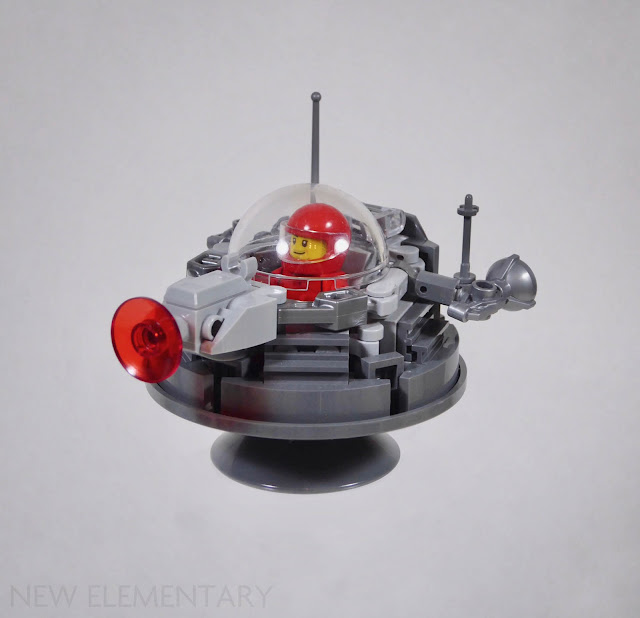 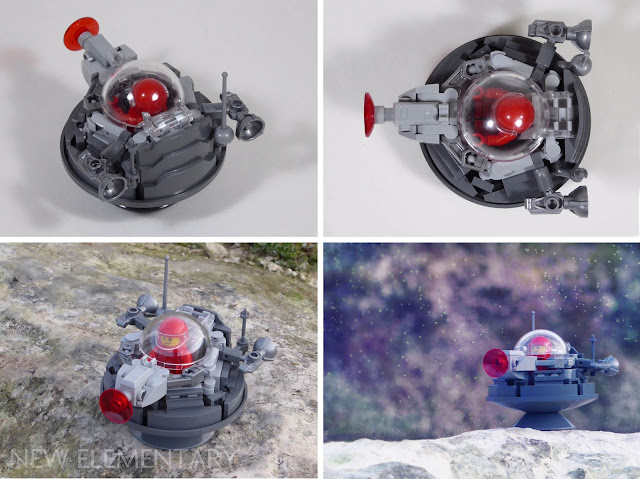 The stepped piece would make a neater circle in five segments and to my eyes the curvature would suggest that too. Unfortunately, the extra plate height compared with a 1x4 curved slope (93273) creates an impact point at the corners. You can add another plate to avoid that but the result is less elegant and it felt like I was re-treading the ground I had already covered with the arc reactor. 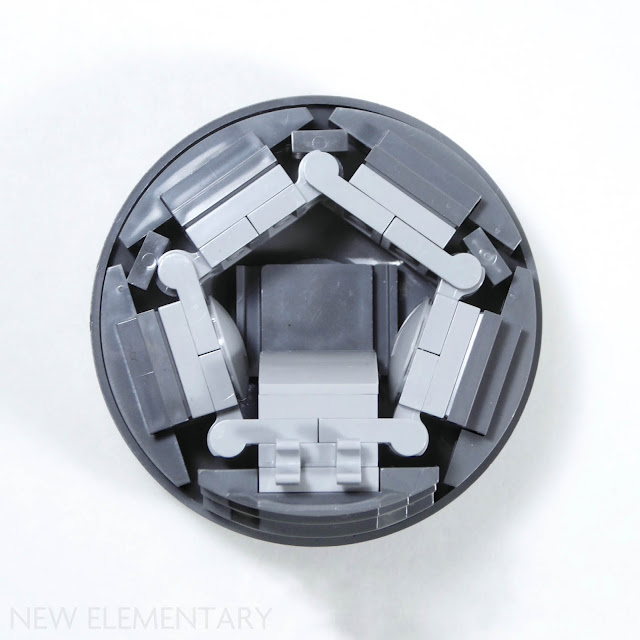 I also wanted to explore the ‘rocker plate’ (31066) and ‘large figure armour plate’ (28220) and, with it being the festive season at the time, I’d been trying to make snowflake patterns, focussing mainly on using the reverse side of LEGO elements. 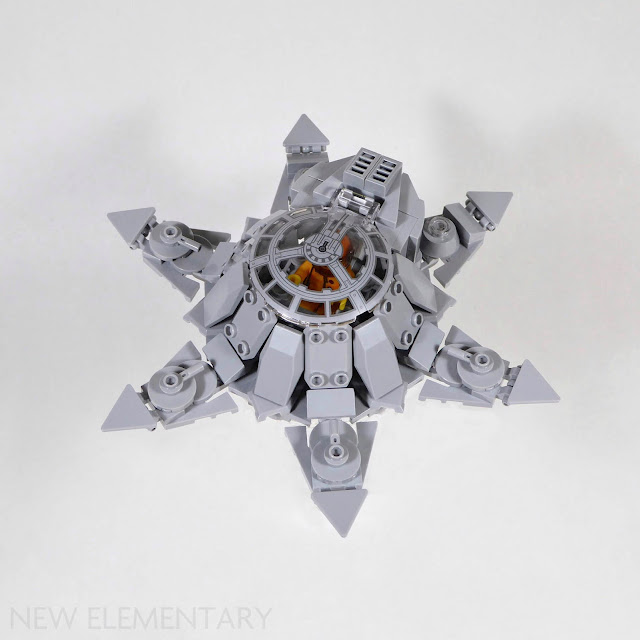 I think my Sci-fi circuits are predisposed to head into space and as with most of my creations, it’s turned into another space vehicle, a star-ship! It uses a new kind of ice powered propulsion system known as the Wegener–Bergeron–Findeisen process! Totally green energy and carbon neutral, dudes. 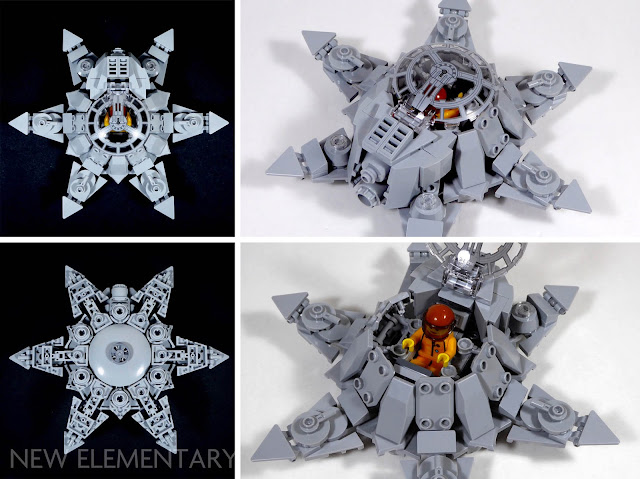 I wanted to show that the nice new parts in this LEGO set can be used in a variety of interesting ways… I don’t know how successful I’ve been in my endeavour, but hope you enjoyed the fruits of my labour. If I've inspired you to buy the set, consider using our affiliate links: UK LEGO Shop | UK Amazon | USA LEGO Shop | USA Amazon | Australia LEGO Shop, for other countries 'Change Region'. New Elementary may get a commission.

Posted by: Admin Posted on 2/09/2021 06:15:00 am
Email ThisBlogThis!Share to TwitterShare to FacebookShare to Pinterest
Labels: MOC, Ninjago