A month ago, Kev Levell (on Flickr) reviewed the parts and the build of LEGO® Ideas 21325 Medieval Blacksmith and today he presents a whole bunch of his own alternate models using only parts from the set and sticking with the set's theme. The products in this article were provided for free by LEGO; the author's opinions are not biased by this.

I love banging on about LEGO®, and beating something into shape using the elements found in one set. I've been forging ahead on a few ideas I had for MOCs inspired by the Medieval Blacksmith. 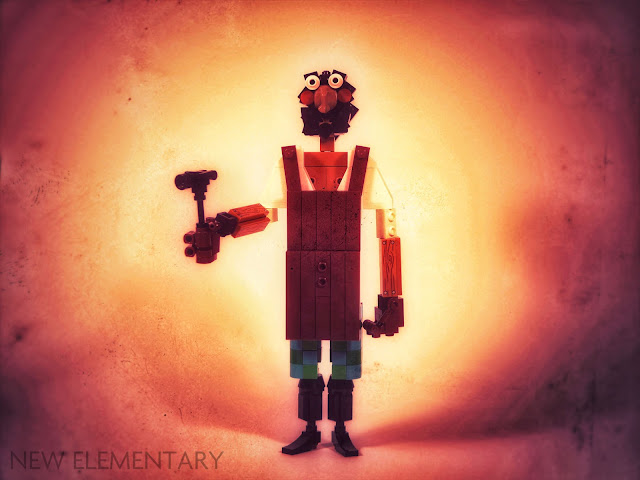 It hasn’t been either heavy, hard or hot work and no-one needed to do it, but I had fun in any case. Maybe I’ve hit on something that might interest you, I hope so.

It's from Cart Wars.

A long time ago in a fallacy far, far away... 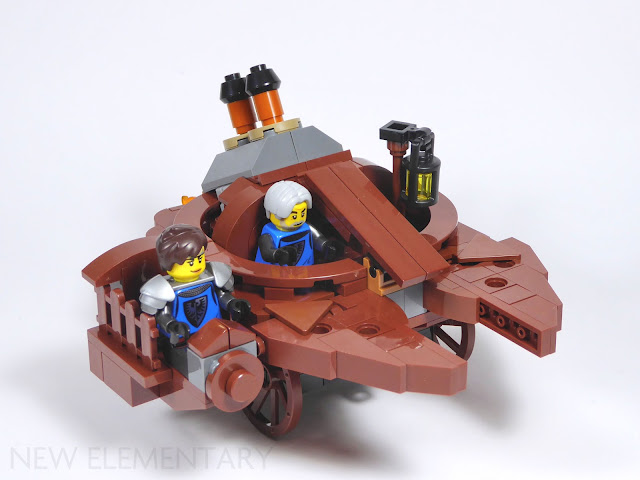 A further idea I had was that this is Hannah Solo but I couldn't make the other Black Falcon work as Chewie. All I could come up with was Harrison Forge… 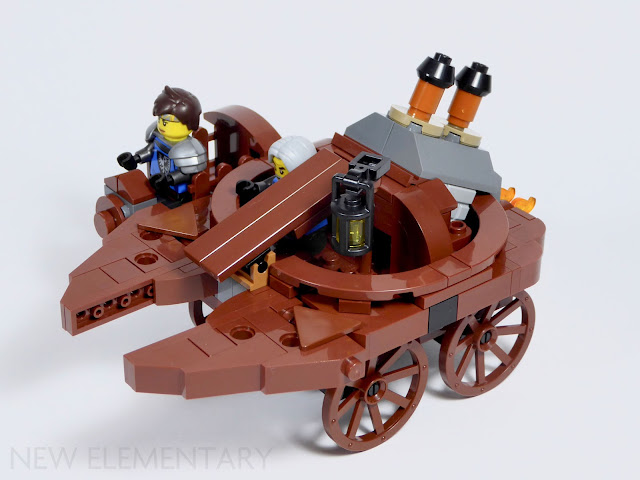 I’ve borrowed the top of the chimney stack from the actual build, why reinvent the (cart) wheel? I also used the basic structure of the cart from the set too. 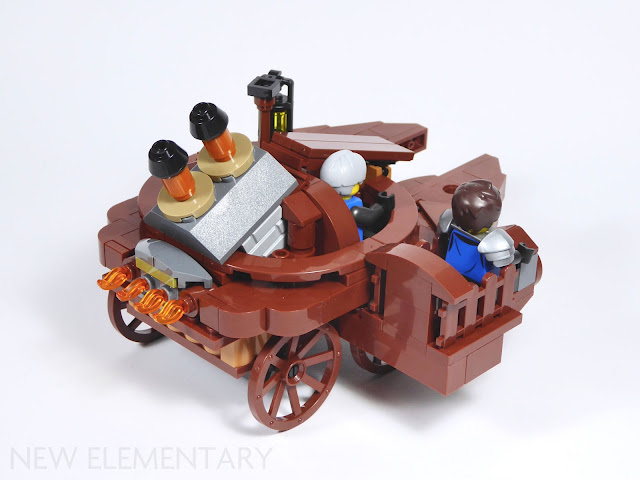 It's not as rounded as I'd initially wanted, but I think I quite like the open cart approach, and clearly, she’s got it where it counts. It’s the cart that did the cattle run by 12 past 6. 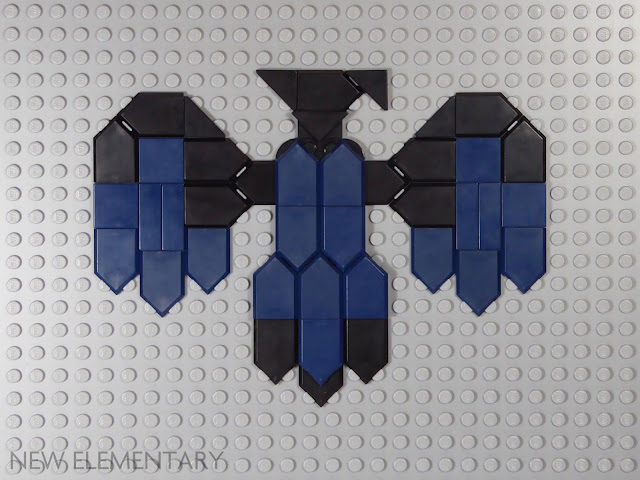 I wanted to do something with the huge number of pentagonal tiles (22385). I had visions of creating a figure wearing scale mail, a knight - a black falcon perhaps, but ultimately I took that inspiration to build a figure in a slightly different (but still related) direction.

I have tried to make simple representations of the major tools a blacksmith might use, still trying to make use of those pentagonal tiles. 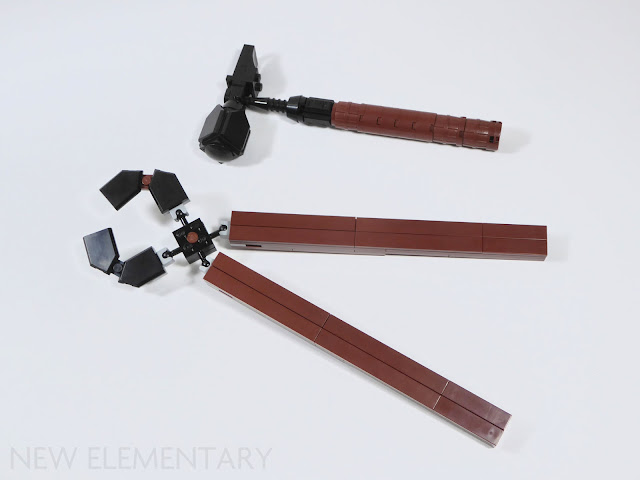 I built an anvil too, but I’m getting a(hammer)head of myself (again)… 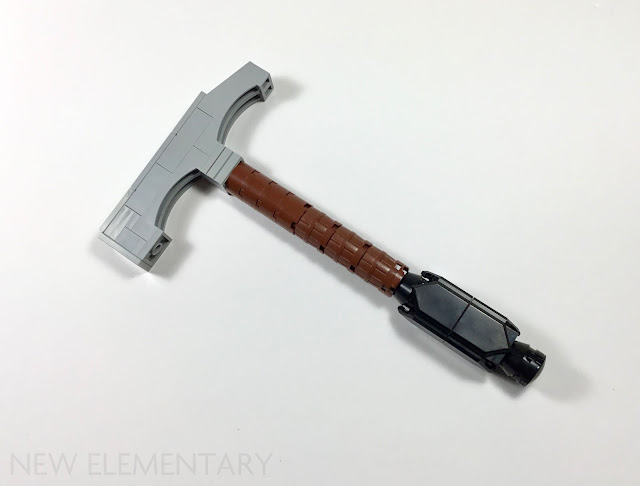 If I had a Hammer

I also built a collection of smaller hammers, one of them appears to be starting to “rust” a bit! 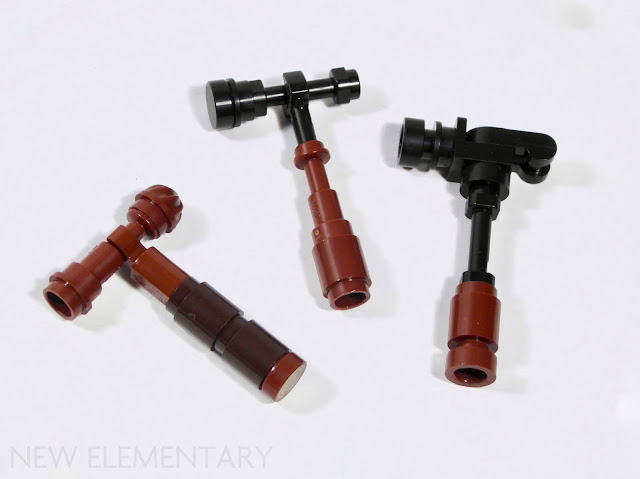 I did wonder how many different hammers I could produce, but I realised that at this point I was in danger of making a tool out of myself.

Having built so many hammers, I felt they needed someone to make use of them. So here we have the other blacksmith. I’m calling him Wayland. 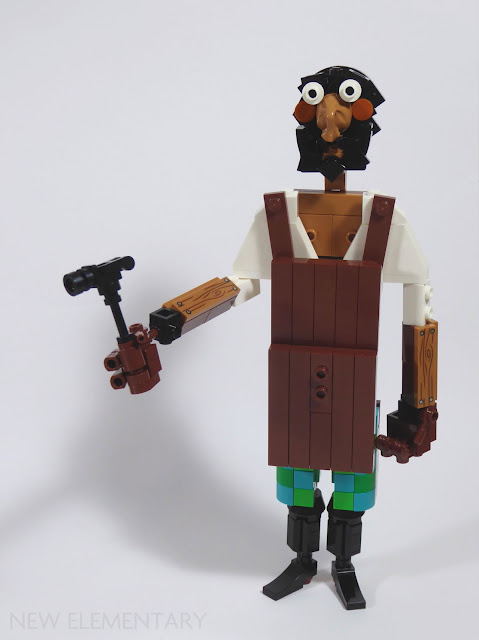 This was what happened to the inspiration I’d had to create a Knight from the pentagonal tiles. I had found myself “needing” to use the 70681 ‘shoes’ in another build too.

Sometimes, the journey I take to an eventual MOC surprises me. I reused some existing elements from the set again here, I broke down the bed to use as trouser legs. I like to think of this as the LEGO equivalent of a kitbashing. 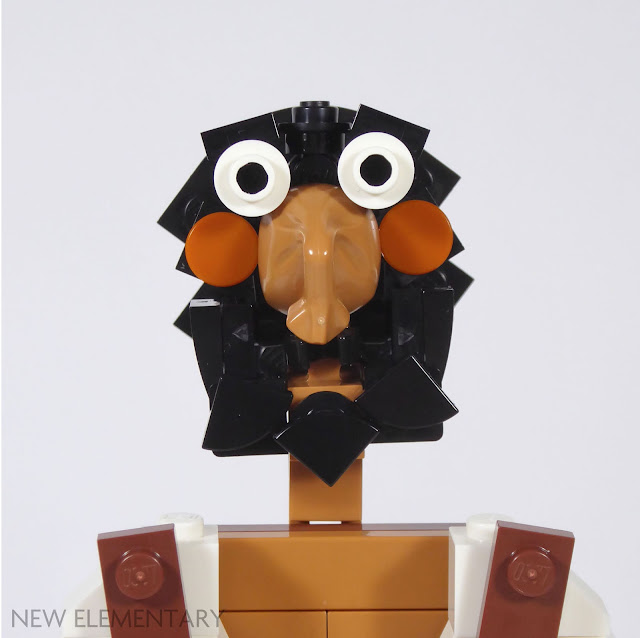 I do wonder if this chap’s been on the Cider, he looks pretty hammered to me.

Finally, I made an anvil. It further occurred to me that a particularly famous anvil had a sword sticking out of it. A sword that must have been forged by someone too. 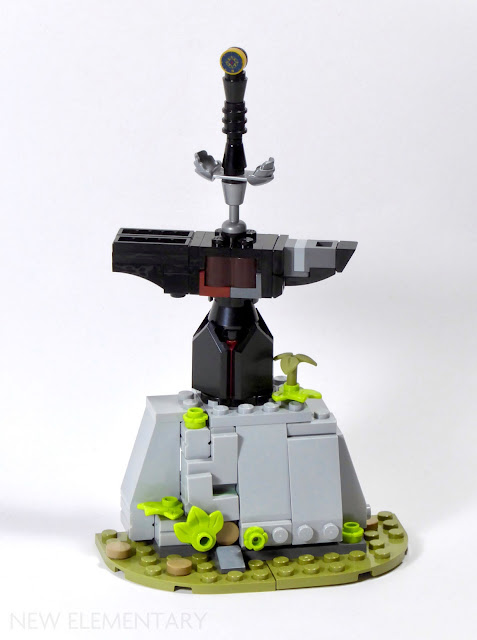 “Why is Excalibur often depicted as being stuck in an anvil?” I thought.

The inevitable Google search led to a Wikipedia page with a quote from Sir Thomas Mallory’s translation of the Arthurian Legend "Whoso pulleth out this sword of this stone and anvil, is rightwise king born."

Initially I was a little disappointed that I didn’t have all the pieces for the anvil in black, I’d have liked a more consistent colour but on consideration, I think, “rust patches and wear” are a reasonable explanation for why it is not!

Making a bolt for the door

I have themed my alternate builds to the established subject matter of the Medieval Blacksmith set. I initially thought I would make alternate buildings, a fortified tower, a Tudor pub, a witch’s cottage perhaps? However, I wonder whether those things are a bit obvious? Like the old joke about getting home after buying a dog from a blacksmith.

Please see my reviews of the parts here and the build here, and if you're inspired to buy this set for yourself please consider using our affiliate links: UK LEGO Shop | USA LEGO Shop | Australia LEGO Shop, for other countries 'Change Region'. New Elementary may get a commission.

Posted by: Admin Posted on 2/26/2021 07:09:00 am
Email ThisBlogThis!Share to TwitterShare to FacebookShare to Pinterest
Labels: Alternate build, LEGO Ideas, MOC