Tim Goddard returns to our Parts Festival today using the new LEGO® parts we sent him to create interesting and inspiring models.

The marine life family bag (Accessories, Marine Life, No. 1 in Vibrant Coral – 49595 | 6262127) is tricky, it basically is what it says on the tin. What else could it be? Of course I have already seen some good uses within this very Parts Festival.


I used the pieces in a random underwater geometric shape, again making use of the 120º 3.18mm bar. Having a hollow stud on both sides in the middle of this piece is amazingly useful. The centre is a stud thick; if you put a tile on both sides the height is exactly 1 brick.

I then created a sort of aquatic octobot to worship this strange form. I though the octopus could give it a Cthulhu type feel.

Now I must admit to having never read any H.P Lovecraft so in the interest of research I read The call of Cthulhu and discovered my model has almost nothing in common with the story.

My sights now moved to the Technic axle and wire connector (Wire Clip, W/ Cross Hole in White – 6278194|49283). You can use it to grip onto a flag or panel or even the end of a hockey stick but that strains the element a bit. I kept it strictly legal this time; I used them to make a characterful robot.

The Batman bag gun part shows its usefulness in the arms; at the back of the gun is a small section of vertical 3.18mm bar. Very useful for a clip connection. 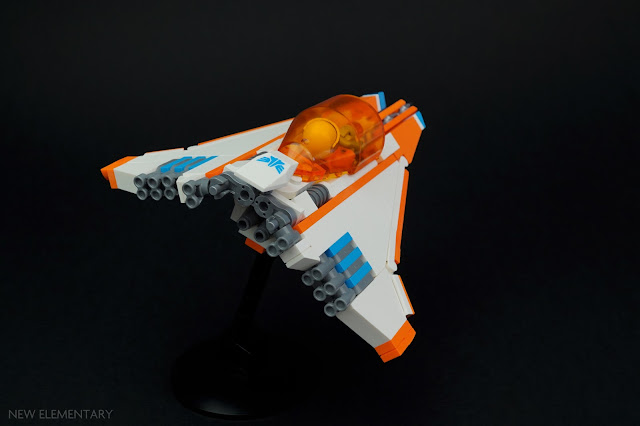 I have visions of building a section of Wipeout style racing track with maybe three hovering racers vying for position. Maybe this will be the first racer that leads onto fulfilling that vision. 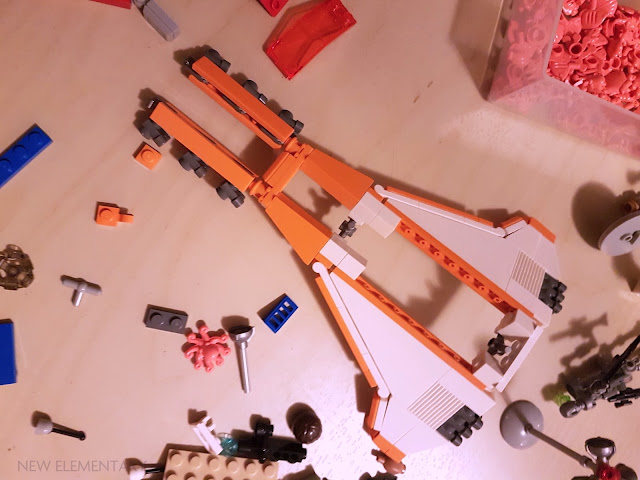 The angle of the wings comes from the triple 120º bar piece again, two of which are buried in the middle as you can see in this bonus WIP photo. 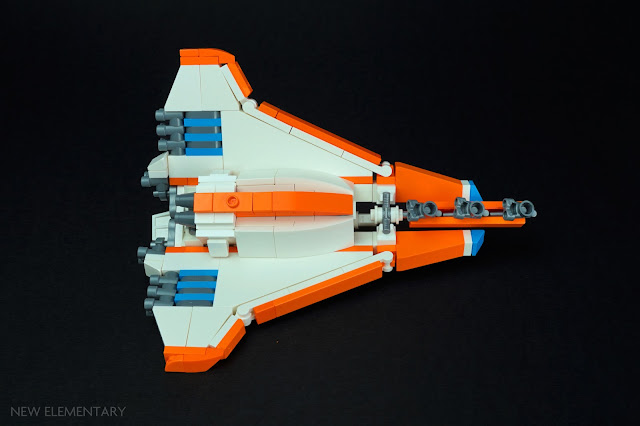 I have used a lot of the annoying robot head/ binocular piece as rear thrusters. Annoying of course because the eyes do not accept a 3.18 bar. The designer must have intended to match the older binocular piece but I suspect the compromise came about because it has a gap in the bottom to allow it to sit over a stud which in turn would make it too brittle to hold a bar without cracking. It is still a nice greeble and the hole that runs through top to bottom is a nice touch.

Products mentioned in this post were kindly supplied by the LEGO Group. All content represents the opinions of New Elementary authors and not the LEGO Group. All text and images are © New Elementary unless otherwise attributed.
Admin: Tim Johnson Posted on 11/28/2019 04:47:00 am
Email ThisBlogThis!Share to TwitterShare to FacebookShare to Pinterest
Labels: Parts Festivals, Technique