Our next LEGO® Parts Festival participant is Paulo 'Sagh' Carreira, an architect that works for a company managing conservation and restoration of Portuguese heritage.

After finally being able to participate in one of the New Elementary workshops at Skaerbaek Fan Weekend this year, I was very pleased to also be invited to participate in the Parts Festival. This challenge proved to be a great experience, making me build a lot of different stuff, and it was also good at pulling me out of the building hiatus I had fallen to.

Some folks have the patience of an angel, but not him: his heart, well, it yearns for vengeance. No one really knows what actually happened, but after the attack to the Holy City in Jedha, Fujin the Samurai droid has been one fierce enemy of the Empire, spreading justice through his swords, swift like the wind. 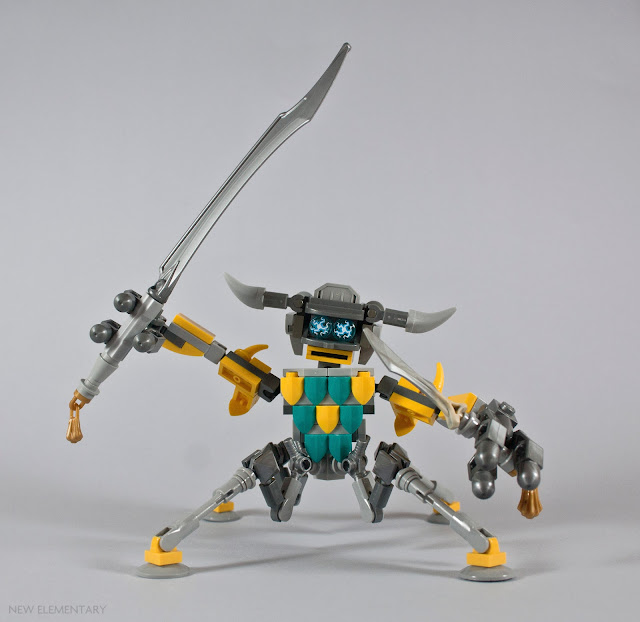 Since I’ve seen some great work done by Karf Oohlu using the Saddle (4491), I have been wanting to use that technique and the helmet for this Samurai was the perfect occasion. Once again, the angled bars from Mini Accessory, No. 11 in Silver Metallic (6266977|50018) were used to make the articulations on the robot legs.

The CAT-1000 (Classic Advanced Terminator) is a cutting-edge mouse terminator composed entirely of a "mimetic polyalloy" capable of rapid shape shifting and recovery from damage. This makes it the number one choice for people all over the world when it comes to rodent problems. 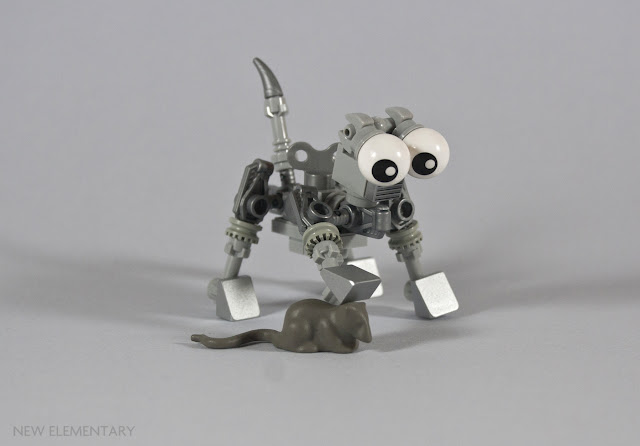 Once again, the Mini Accessory, No. 11 in Silver Metallic (6266977|50018)  was the starting point for this construction.  I must emphasise that these parts are great for articulations and made it possible to easily create a sturdy posable figure. 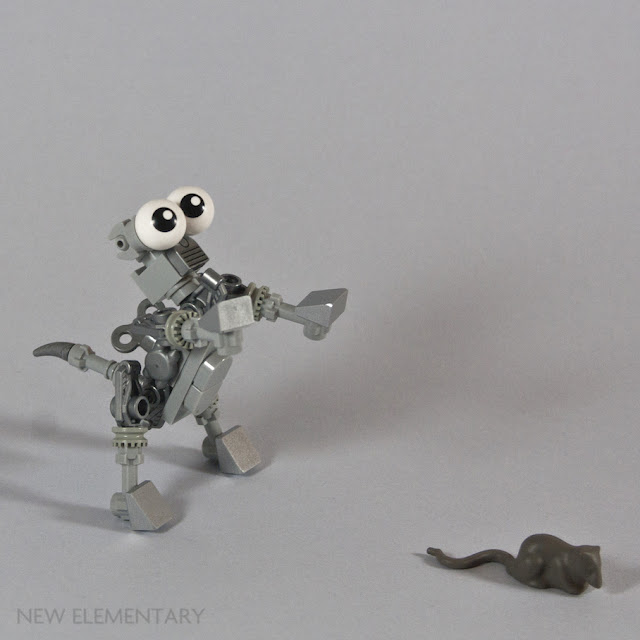 This small island might not have a lot of space to stretch your legs, but when it comes to food, it’s not the worst place to get stranded. 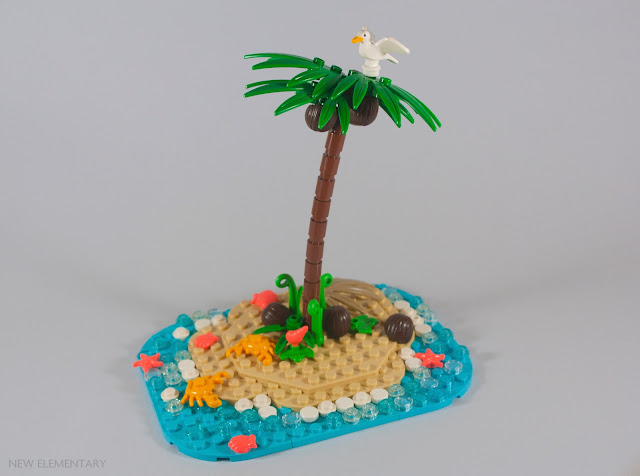 Looking at Will’s hair, Mini Wig, No. 269 in Dark Brown ( 55532 | 6270953 ), I immediately visualised coconuts: the spherical shape, the incisions on the surface, even the colour matched the appearance of the fruit (yes, I know they are not brown when they are in the tree). The next step was to make a tree and a small base to hold the tree. After that my girlfriend looked at what I was doing and asked: “Why don’t you use the pink animals?” (Accessories, Marine Life, No. 1 in Vibrant Coral (6262127|49595) ). I never thought that I would be able to incorporate those parts in a MOC, so I had somehow forgotten about them. Some modifications were made in the island and the fauna grew significantly.

The Interstellar Spark is one piece of Blacktron II technology that is an example of the expression: “If its not broken… don’t fix it!”. With a heavy bulky structure, this ship won’t break a lot of record speeds like its successors, but it is one of the most reliable Vic Vipers in use by the Blacktron II air force. 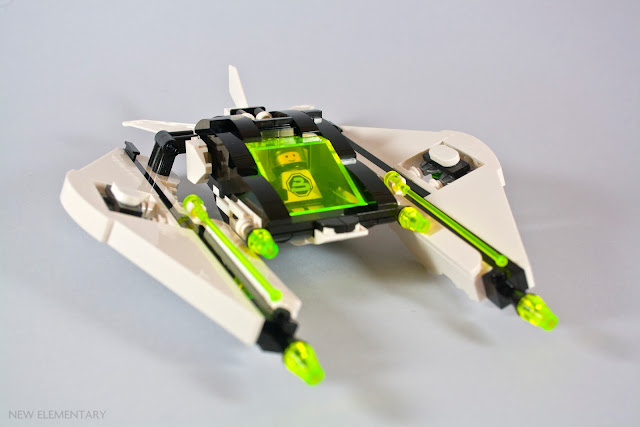 When I saw the Roof Tile 1x8x3 Deg 25 No 1 in White (6262530|49618)  I thought that they would be great to make spaceship wings because of their larger surface areas with fewer lines/unions. Since we are in “Novvember" I decided to make this year’s Vic Viper. Although I wanted to make a cleaner ship, I was able to incorporate some greebling on the wings using the “circular saw” part from the Mini Accessory, No. 11.

There are some crazy experiments going on in the Batcave. What is this? A baby in an armoured bat suit? A genetic experiment mixing Bruce Wayne’s DNA with bat DNA to create the justice protector of the future? No one knows… but we have to admit… he is kind of cute.

This was actually my first built in this Parts Festival, and a lot of thinking and hard work came upon the making of this MOC. Well… not really… I just checked if Jack Jack’s head from the Incredibles 2 sets would fit in the Bat Body… and guess what… it did!

Products mentioned in this post were kindly supplied by the LEGO Group. All content represents the opinions of New Elementary authors and not the LEGO Group. All text and images are © New Elementary unless otherwise attributed.
Admin: Tim Johnson Posted on 11/14/2019 07:00:00 am
Email ThisBlogThis!Share to TwitterShare to FacebookShare to Pinterest
Labels: Parts Festivals, Space, Technique