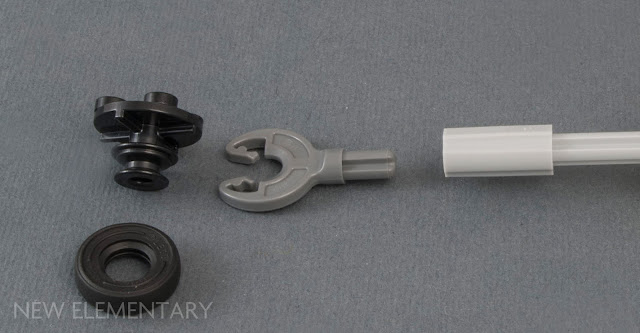 And if you think Ninjago is hogging all the fun bits, or believe there are more peaceful ways to negotiate conflicts, the turntable can easily be adapted to express a different kind of dance. 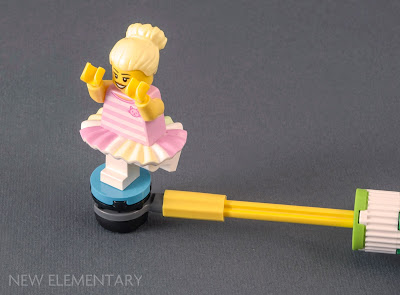 The turntable platform is an intriguing element which combines a pulley or small wheel which accepts a 14mm tyre (Design ID 3139), with a 2x2 round plate on top. The underside has what looks like a bar holder, except it is not, at least I don’t think it is. Usually when LEGO element designers don’t want you to connect things a certain way, they intentionally use radiuses which don’t work with common connection types such as pins, bars or studs to avoid confusion, but also to avoid stressing the elements and improper use, potentially causing little Timmy to cry and ring customer service. This element, however, can fit a bar snugly into the hole, but it seems as though this is unintentional since forcing a bar too deep can make it difficult to remove.

Its counterpart, named Turntable Holder, might be even more interesting. I mentioned those “out of system” radiuses which intentionally prevent you from connecting elements a certain way. Well, this turntable holder uses a flexible clip connection, further blurring the lines between legal and illegal connections. In the official set design world, this probably doesn’t mean much, but for AFOLs who do not mind using unconventional connections, this opens great opportunities for clipping to a wide range of LEGO elements which normally wouldn’t have this functionality. Element stress or exceeding the limits of “elastic deformation”, to put it in technical terms (google it), is up to you, but I managed to get away with jamming all sorts of random stuff in those clips.

The most interesting thing I found was the Pulley Wheel (Design ID 3464) because it is a perfect fit and instantly translates to studs. It seems this compatibility would be useful for building things such as mechs which require a lot of technic elements for stability, but rely on system bricks to form the visual design.

I built a robot to demonstrate the flexibility of the clip. 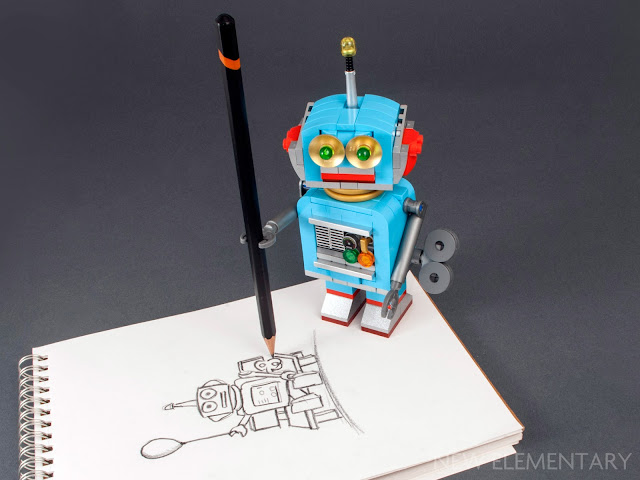 He was able to grab onto almost anything, including objects outside his universe such as cables, pencils, even some Modulex I found lying around the desk. Keep in mind that this is obviously not the intended purpose of the piece but, just like kids, if we can we probably will.

To all purists worried about contaminating the sanctity of the LEGO System, remember that in themes like Mindstorms, interaction with real-life objects is often an unavoidable necessity. Children seldom make rules about it anyway, and in terms of playability this can add a new dimension to interactive functionality. 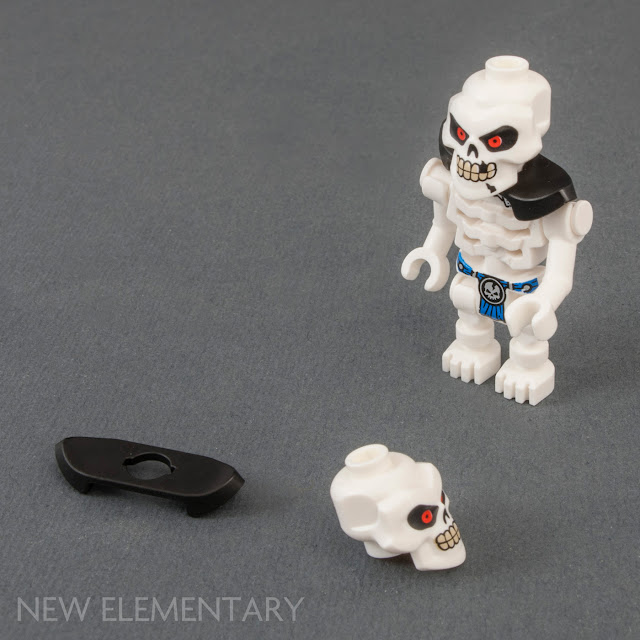 Other new moulds in the Monastery of Spinjitzu include an updated skeleton head (Element ID 6250944|Design ID 43938) replacing the first specialized skull for Ninjago from 2011. The figure also uses a new mould for the shoulder armour (6250480|41637) in Black.

The set also brings us some new re-colours. 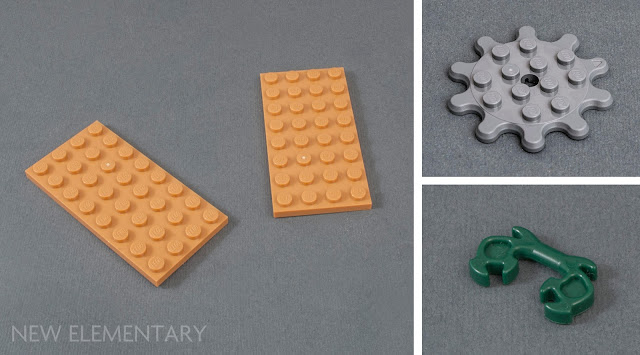 READ MORE: See the winners of our Build & Fix contest

Products mentioned in this post were kindly supplied by the LEGO Group. All content represents the opinions of New Elementary authors and not the LEGO Group. All text and images are © New Elementary unless otherwise attributed.
Posted by: Admin Posted on 4/21/2019 04:00:00 am
Email ThisBlogThis!Share to TwitterShare to FacebookShare to Pinterest
Labels: Ninjago, Set review, Technique