James Kavanagh (JakTheMad on Flickr) joins our Forbidden Elementary Parts Festival today which for its seed parts uses the 3 weird LEGO® pieces that rubber bands came on in old sets. For an overview of the parts, check out last week's post by Aron Gerencsér.

Rubber band holders are a great relic from a different era of LEGO® sets. Sure, cardboard boxes may certainly be cheaper, more sustainable and take up less space, but there’s a lot of joy to be found in these old parts! 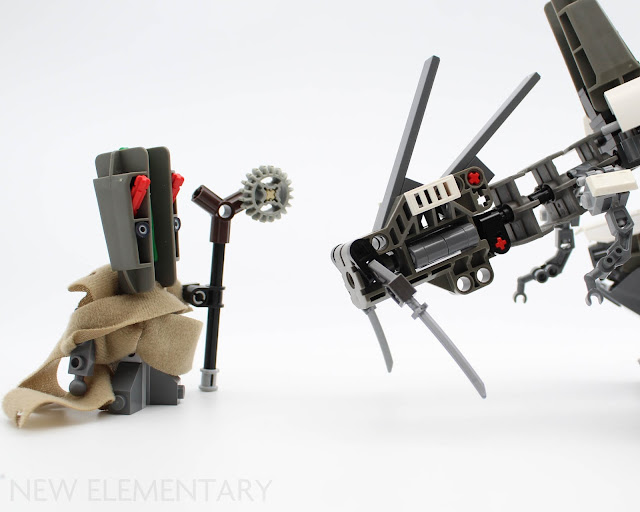 My focus with these builds was to work with the parts rather than just try and integrate them. The LEGO Technic sets that these rubber band holders came in were often a little 'janky', in a nostalgic way, so I tried to work with that design philosophy in mind.

This dinosaur fella - who definitely is not at all related to any mechanical beasts from a popular video game - gets a lot of mileage from the large and chunky ‘Xalax’ rubber band holders (Rubber Band/Belt Holder 6 x 3 x 3 - 40607), which form the spine and the thighs of the model. The small standard variant (Rubber Band/Belt Holder 2 x 4 x 2 ⅓ - 41752) takes to the stage on the neck and tail with help from some flextube, as well as filling in some space on the torso. 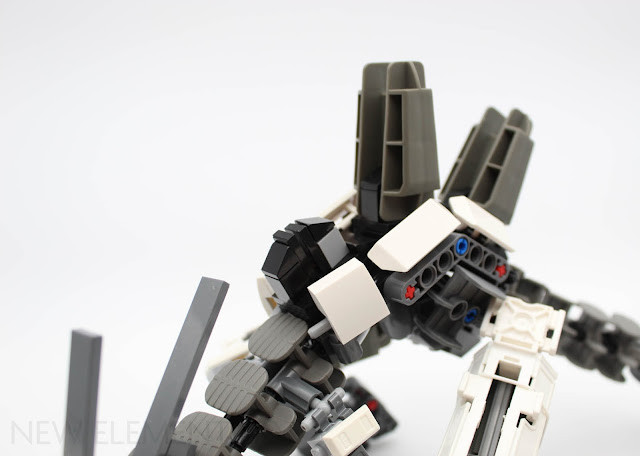 The Xalax holders are particularly tricky to make use of, due to them being designed seemingly neglecting any normal system! The width of the gap in their centre is just over a stud, and with no pinholes they’re especially tricky to attach securely. Luckily, the central spar is just about half a plate thick, allowing the spines to slide on between two SNOT bricks with tiles - although hopefully our dinosaur friend doesn’t roll over, or else they’ll all fall out! 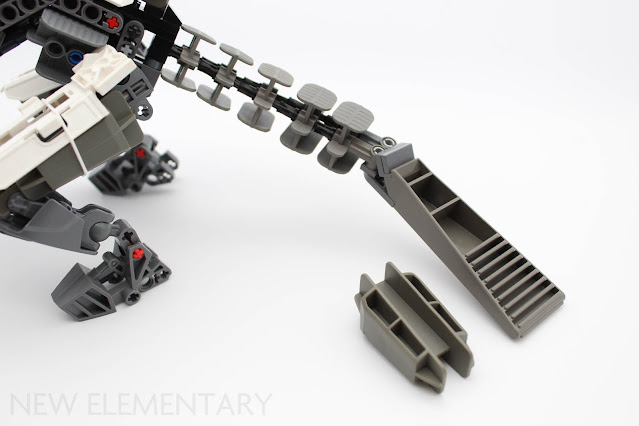 I also like how the design of these spines matches nicely with some old parts - in this instance, the underside of an old brick separator (6007), also in Dark Grey. There’s bound to be more parts out there with similar reinforcement on their underside which would match with the rubber band holders, so it’s definitely worth experimenting with! 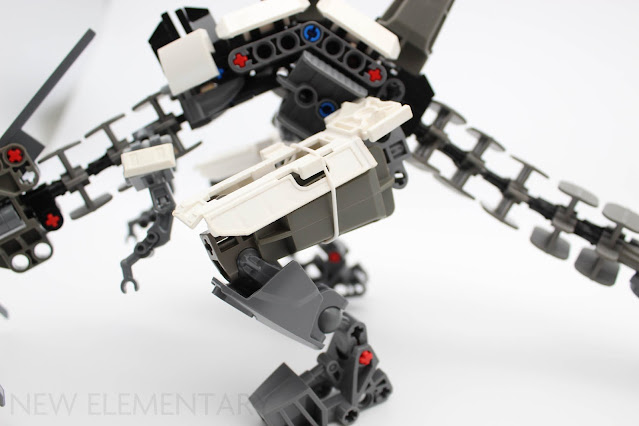 The final way I used the Xalax holders here is to provide some nice bulk to the thighs, and they hark back to their original purpose by being attached with rubber bands. This also allows for the armour piece, a disc shooter from the old Roboriders sets (Technic, Wheel Holder - 32306), to be attached – a piece which perfectly describes that janky Technic vibe of the model I mentioned earlier. 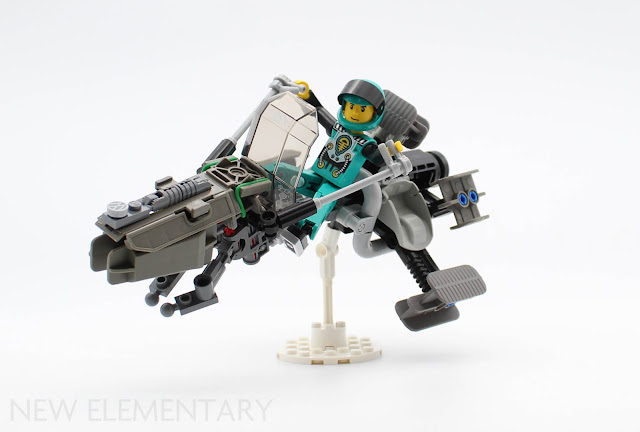 What can be more OG Technic, than a Technic fig on a sci-fi looking vehicle? This was the first model I designed, and probably the one I’m least excited about - certainly its use of the holders is quite surface-level, but still effective I think. 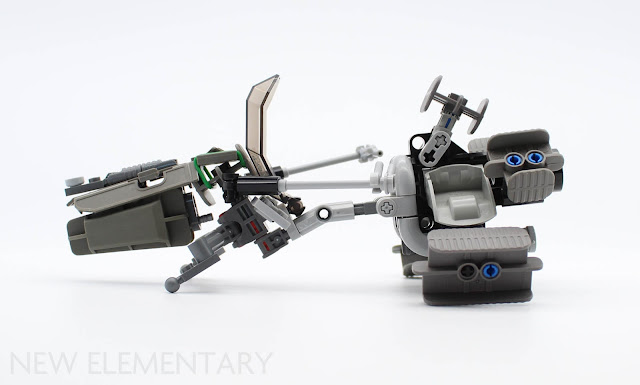 The large (Rubber Band / Belt Holder 2 x 6 x 2 ⅓ - 41753) and small standard holders are used to simulate stabilisers/ wings/ generic-sci-fi-flying-things, paired with some Bohrok Krana holders (3 x 4 Scoop / Bucket with Pin Hole - 42042) to add some flow and bulk out the design. A small holder also serves as a headrest - I think the texture works really nicely to imply padding, a technique also used by fellow construction builder Disty a few years back, on a horrific dentist chair. 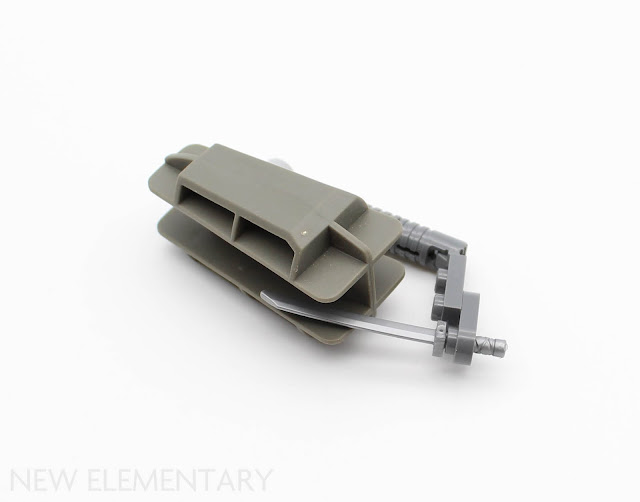 One Xalax holder fills in the front end, paired again with the Roborider launcher. The way it attaches is quite funky, with the spar being jammed between a plate and stud, with a katana used to add a bit of tension to the system to support the holder. Even with this quite fragile connection, the model boasts good swoosh-ability - I won’t lie, I spent a lot of time just flinging this thing around! 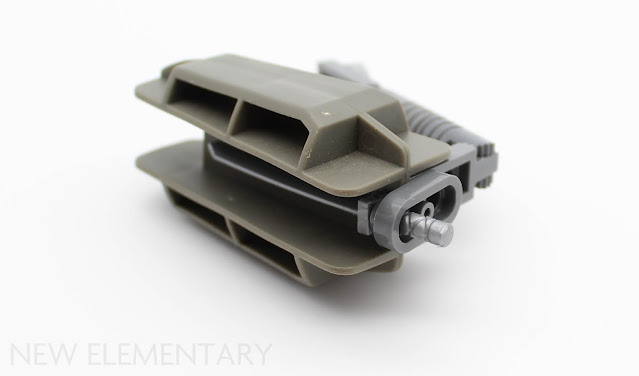 These three guys were the last and quickest to build, and definitely my favourites - they’ve got so much character! Despite being the last ones I built, they were actually the first I came up with. 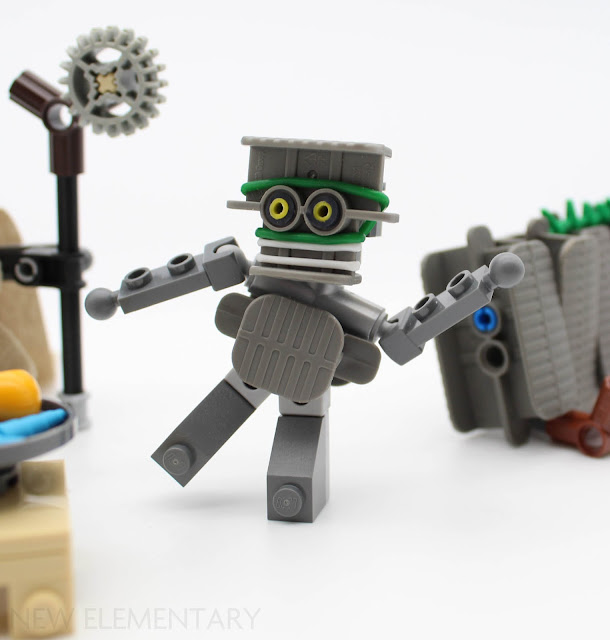 When pulling one of the small holders out of my grey parts, some rubber bands were already in place much like this guy above, and I was immediately struck by how much it looked like a tribal mask. 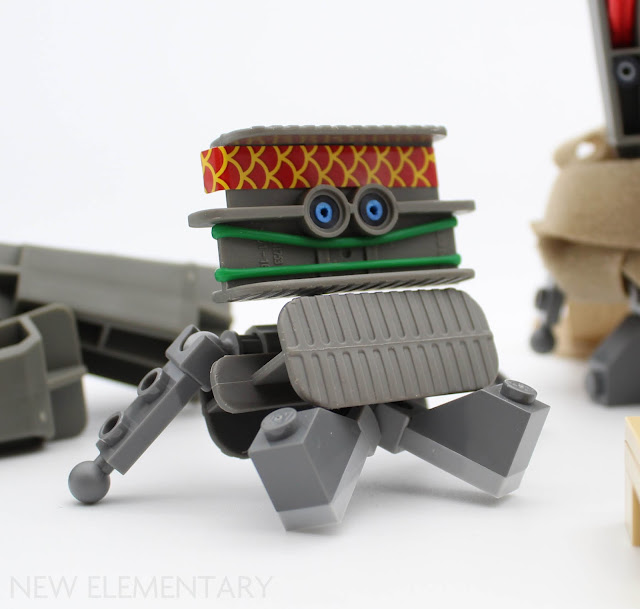 For this guy, a sticker from the recent Dragon Boat Race is used to add a headband.

Meanwhile, red axles add some flair to the chieftain. Now, I must say, purists be warned - the eyes are trimmed pneumatic and flextube! I think this allows the most character in such a small package, and is quite a regular practice certainly in Constraction builds, but can be replaced with studs with holes to be more purist. This isn’t the case for the chieftain, where the eyes are held in place by the friction of the tubing in the gaps of the holder. 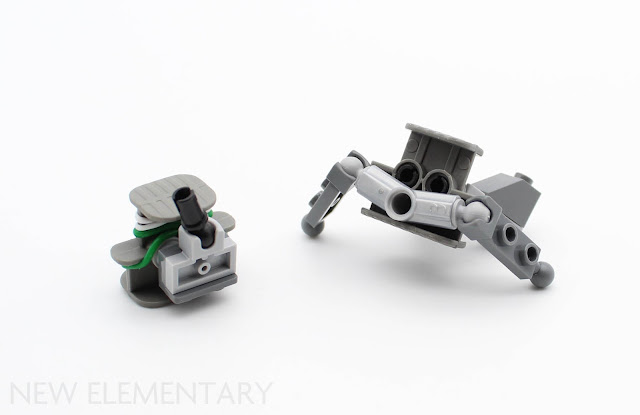 Speaking of friction, the torso assembly takes advantage of some nice geometry in the parts. Any pin holder part can be jammed between the two pin holes and the exterior, held in place thanks to the flex of the part. This allows for many more connections to be made with these parts - here, it forms the neck and shoulder joints! 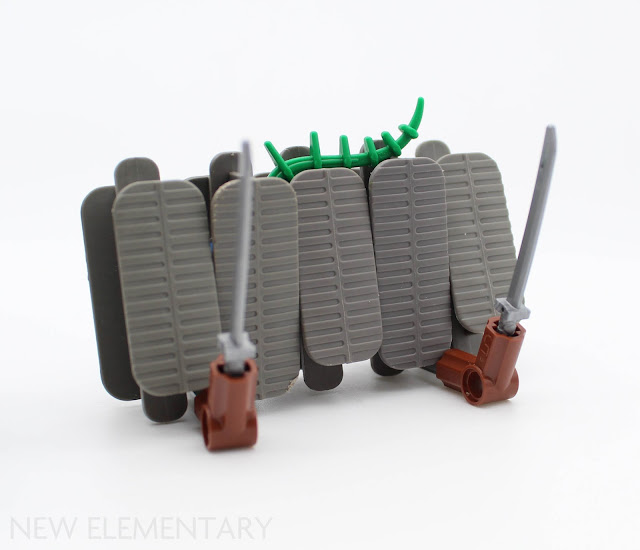 It would be remiss of me not to include some use of the elements for structures thanks to their large surface area and cool texture, so I simply connected some together to form a little barricade wall. 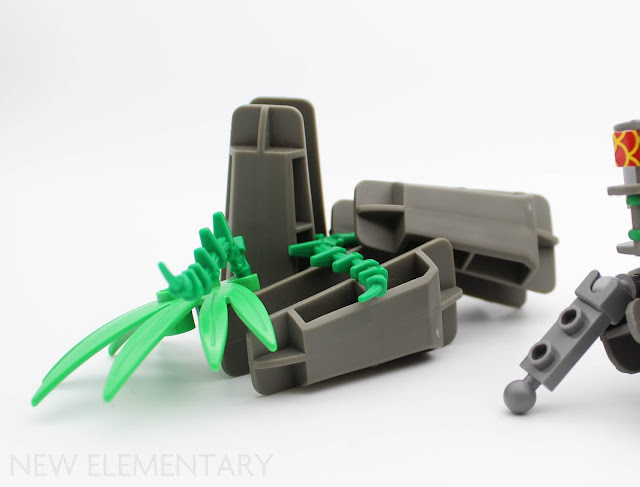 As for the Xalax holders, loosely stacking some together and adding some vines quickly gives the image of old boulders.