Tom Loftus (@inthert.lego) continues to focus on new LEGO® VIDIYO elements in day 3 of his contributions to our 5x5 fest, incorporating them into original spaceship designs.

As a general rule the larger an element gets, the harder it is to integrate into a MOC, but also true is the fact that any part is a spaceship part. Let’s put that to the test shall we? 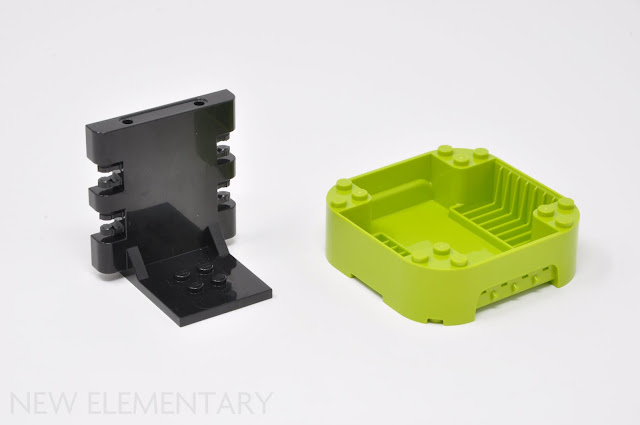 Today I will be taking a closer look at two new elements introduced in the LEGO® VIDIYO theme - though in all honesty a closer look isn't strictly necessary because they’re both huge! Let’s start with that supersized bracket. 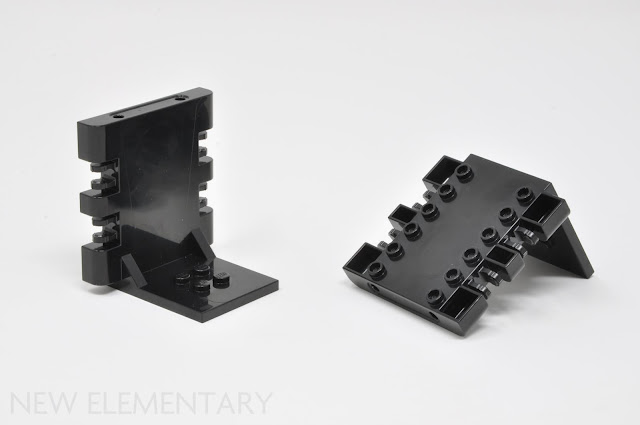 This bizarre piece serves as a minifigure display stand as well as the mounting point for the ‘doors’ that exhibit the printed Vidiyo tiles, aka ‘BeatBits’. For a detailed look at how these and all the other Vidiyo elements work, see Caz Mockett’s review of the Vidiyo BeatBoxes. 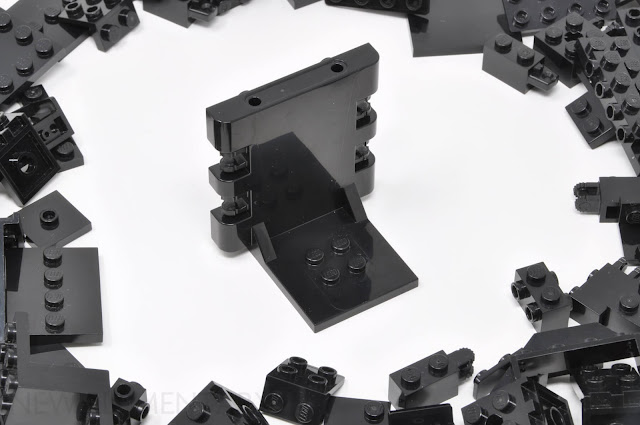 Not unlike a Ninjago spinner element introduced in recent memory, the Vidiyo bracket’s peculiar mix of connection points means it belongs to quite a few different element families: modified plates, brackets, SNOT bricks and hinge bricks too. 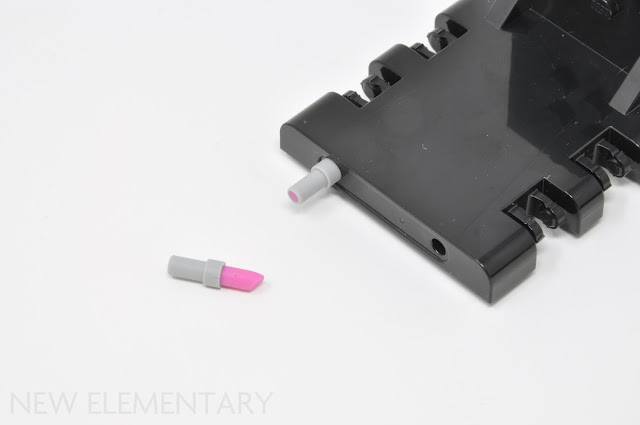 Sadly the holes at the top do not fit a standard 3.18 diameter bar as I had hoped. However I did find the microscopically narrower, rubber lipstick element (93094) can fit - albeit with a little persuasion. 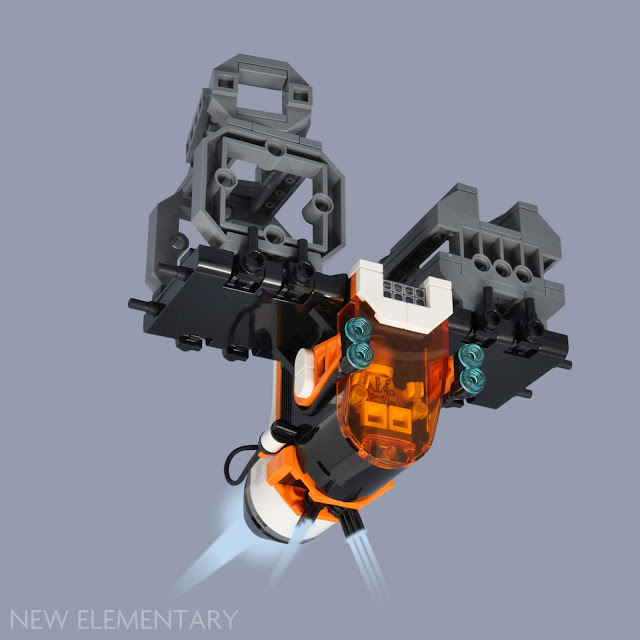 While trying to come up with build ideas, I realised these parts were perfect to actualise a wacky concept I've been sitting on for a while: A teeny tiny ship carrying a ludicrous amount of cargo! 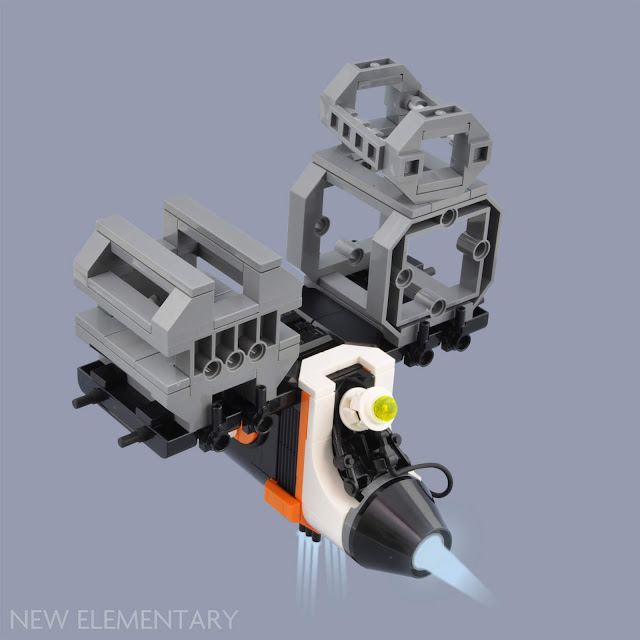 Two Vidiyo brackets orientated sideways with a cockpit in between provides a nice flatbed top - perfect for overloading with heavy looking crates. 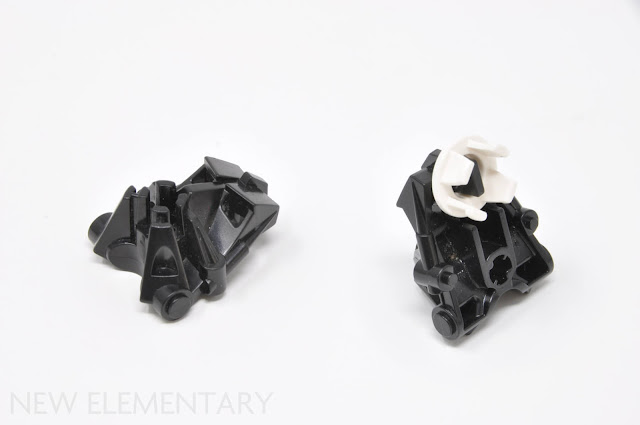 In my desperation to find something to fill a bit of empty space in the rear, I found a rather strange connection involving  an old Bionicle head (32552) and Turntable, Female, W/ Snap in White (6317514 | 65146) – a combination so unexpected I’m sure you’ll forgive me for not identifying it in my original look at the strange new snap element.

From an element with an abundance of useful connection points to an element with very few, the Vidiyo Base is intended for storing surplus BeatBits and is among the largest parts introduced for the theme. 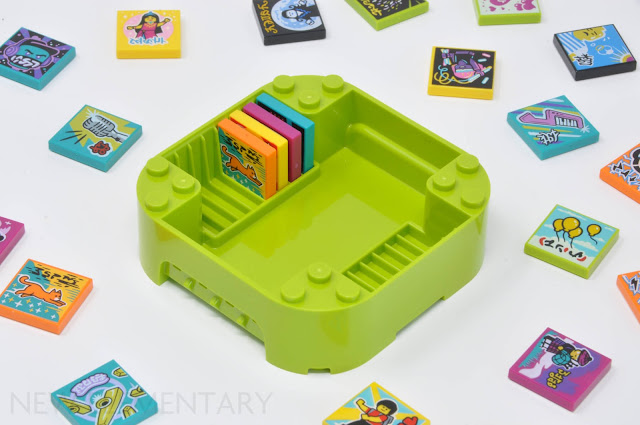 Its interesting textures and curved edges made using it for an engine intake an obvious choice, though given its size it was clear I’d need a fairly hefty main body to balance out the design - especially since I opted to use a pair of them. 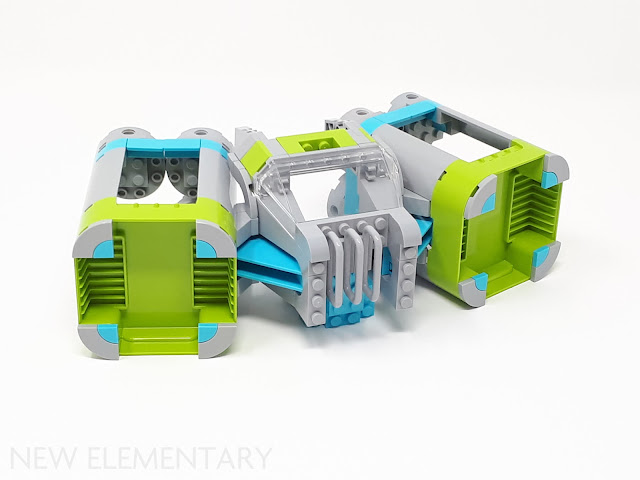 This work in progress shot was taken soon after I pinned down my choice of windscreen and colour scheme, it was at this point the words ‘Well gang, it looks as though we have a mystery on our hands’ came to mind!

Initially I was content with the lack of detail inside the engines but fellow New Elementary contributor Thomas Jenkins noted how they could do with something more than just being empty green. I couldn't help but agree and so the daunting quest to fill in an area devoid of any connection points began. 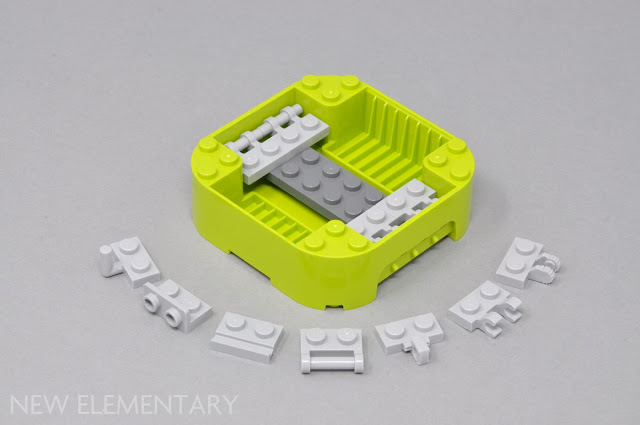 I thought of using rubber elements like car tyres to grip the smooth sides of the Vidiyo base but I felt something less obtuse was needed for such a prominent area of the ship. A 6-stud long build with some type of modified plate at each end seemed like a good bet. However, I was unable to find a hinge, clip or or bracket that would prevent the subsection from slipping out. 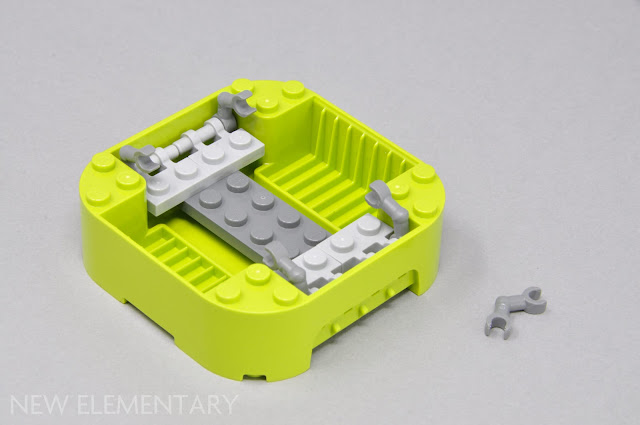 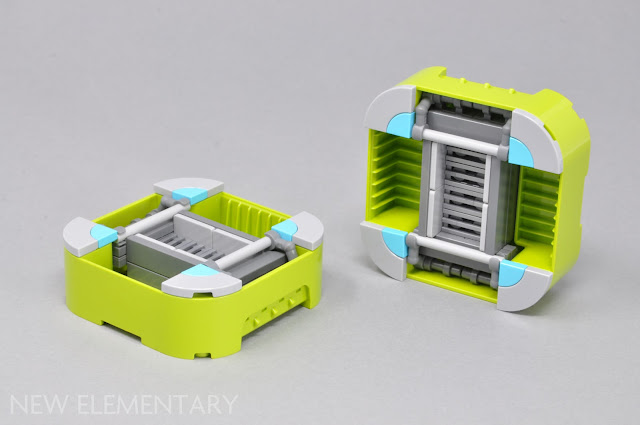 It wasn’t until I tried combining the above technique with another element that it all came together. x4 Skeleton arms (93609) in each corner provided just enough extra width to grip the sides of the Vidiyo base. A few additional parts later and the engine intakes were looking much more authentic.

Unfortunately, my intention to use lots of Medium Azure elements from 43184 Raya and Sisu Dragon was something of a failure but there was one element that came in handy. 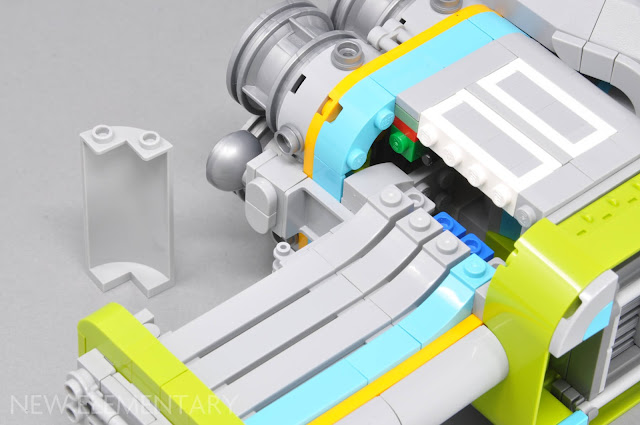 There’s not much else to talk about parts-wise so let's cut to chase with the completed model. 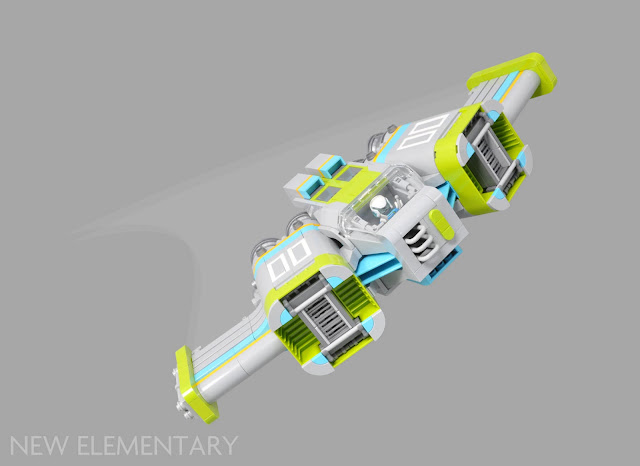 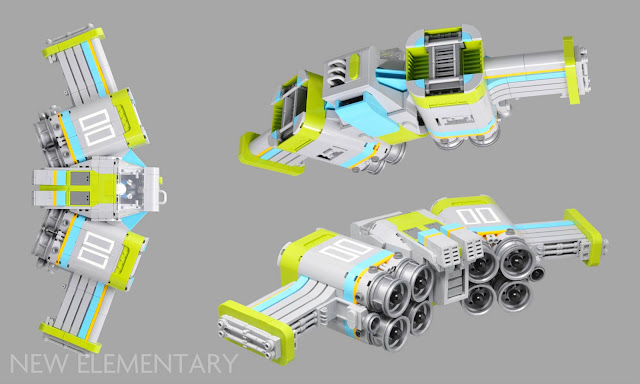 I decided to call it ‘Quatro’ on account of the four white zeros on its hull and the fact the Vidiyo Bases are 8x8 studs - matching the supersized proportions of a LEGO QUATRO 2x2 brick.

The Vidiyo Base makes up for its considerable size and being rather specialised with its plentiful anti-studs, rounded edges and interesting textures. The supersized bracket probably falls just as far into the category of ‘awfully specific to one function elements’. Yet it too possesses an interesting shape and, unlike the base, thankfully boasts an abundance of different connection points.

Neither element is the sort of thing that would come in handy unless you’re actively trying to use it. But as seed elements for MOCs I've found them to have more potential than most elements introduced for the theme.

READ MORE: See how Kev Levell incorporated these same parts in his own creations

Posted by: Admin Posted on 8/29/2021 04:20:00 am
Email ThisBlogThis!Share to TwitterShare to FacebookShare to Pinterest
Labels: MOC, Parts Festivals, Space, Technique