We will be examining some 2021 LEGO® Super Mario sets over the coming weeks, starting today as Tim Goddard (@tim_goddard928) analyses the 10 blind bags of 71386 Character Packs Series 2, which are priced £3.49/ US$4.99/ 3.99€. Buying these when they are released on 1 January 2021? Consider using our affiliate links: USA LEGO Shop at Home|UK LEGO Shop at Home. New Elementary may get a commission. The products in this article were provided for free by LEGO; the author's opinions are not biased by this.

I did not pick up any of the little Super Mario impulse polybags from Series 1 so I was not sure what to expect prior to reviewing the Character Packs from Series 2. Now that I have, it seems that I’ve been missing out! 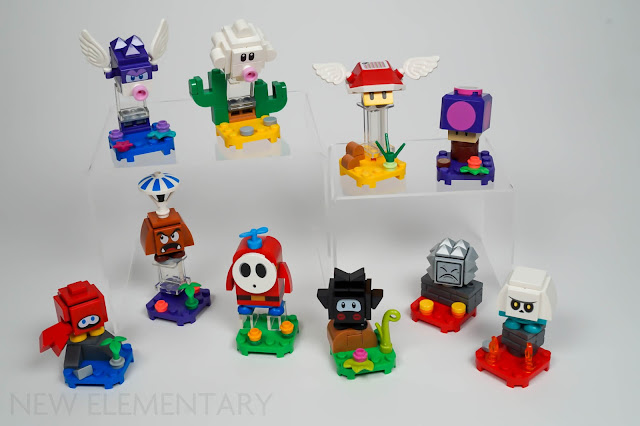 I have been a casual Super Mario player in my time. I played a couple of games on the GameCube (showing my age there) and enjoyed some handheld adventures along with a bit of Mario Kart but I am not by any means a hardcore plumber nut. Even so, every bag I opened was a joy. A combination of nostalgia, great design and a flurry of interesting parts poured out of each one. 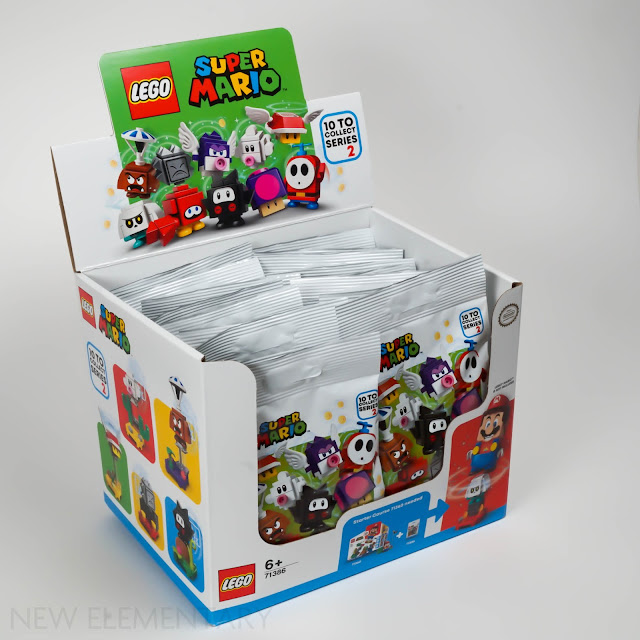 So what do you get in this box of lovelies? There are 20 bags with 10 different designs and I am delighted to say there were exactly two of each character in the box. 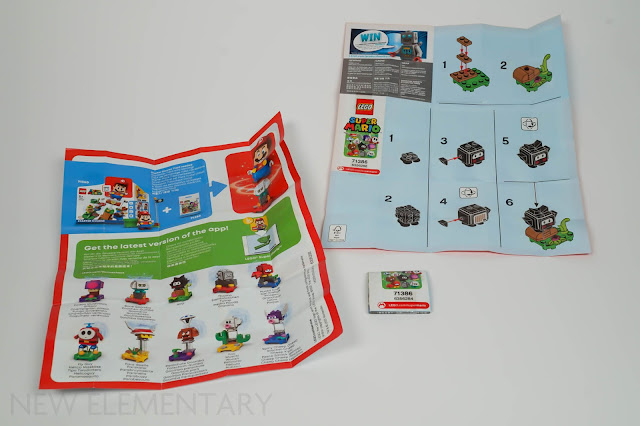 Inside each bag is a well-folded leaflet sealed with a bit of tape, presumably to stop the parts damaging the leaflet in transport or for when keen-fingered consumers try to feel which bag contains which character. The leaflet is double sided with instructions on one side and a checklist of each Series 2 character on the other. The instruction side reveals that each character has its own 7-digit ID as well as the normal LEGO set number which encompasses the box as a whole. Interestingly these numbers are not completely sequential and not in the order of characters shown on the leaflet. Sites like Brickset tend to differentiate between multiple bags in a box like this with a suffix such as 71386-1, 71386-2 etc. but in this case there is an official LEGO designation for each.

Unfortunately the leaflet does not show the Element ID or Design ID and, as these sets are not released at the time of review, it means that these numbers are not readily available to share. However the Design ID is embossed on the element somewhere. 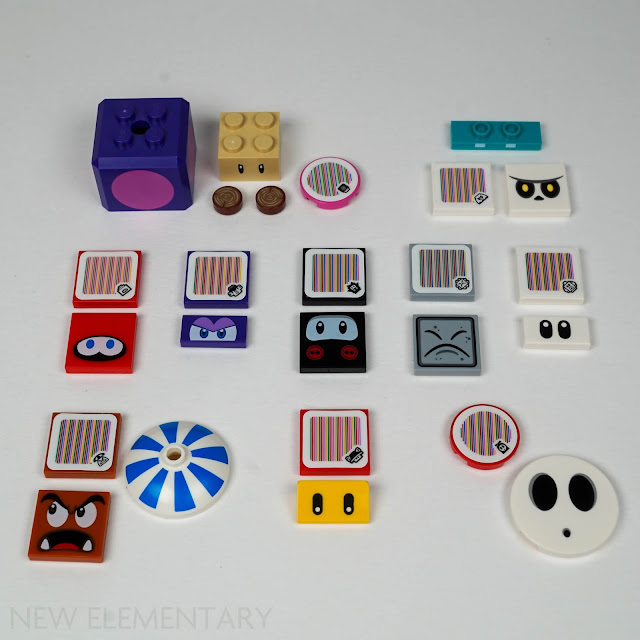 Each bag comes with a LEGO Super Mario barcode tile and at least one new printed part. 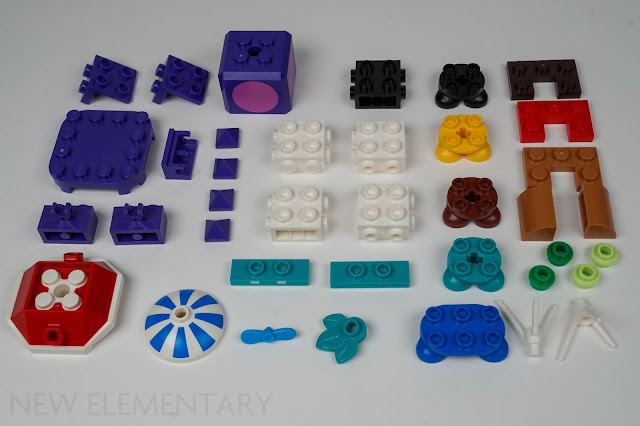 This lack of numbers will not stop us sharing part information though, oh no! Here is each character with their name, unique number, anything noteworthy about their build and the thing we are all here for - their new, interesting or rare parts. Where an Element ID is currently unknown I have recorded it as xxxxxxx. 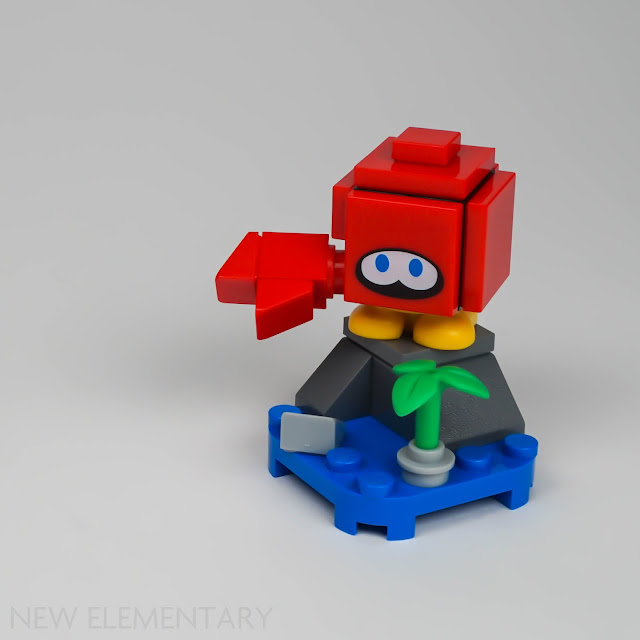 This doleful crustation uses a cube technique similar to several others but modified to build in a poseable snappy claw, to pinch any nearby Italians. 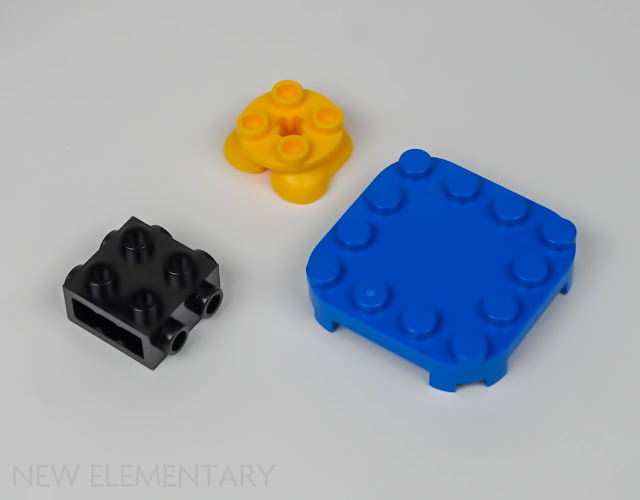 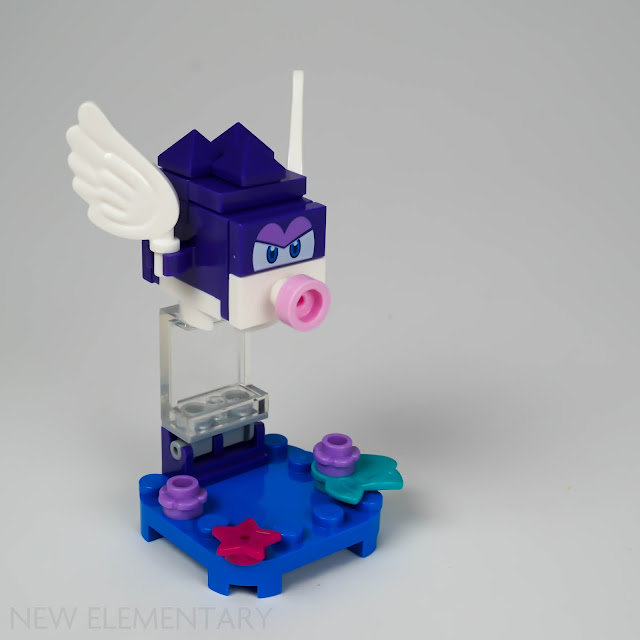 A purple fish with some rather nice purple pyramids. I only say fish because I have done my research – it does look rather bird-like to me. 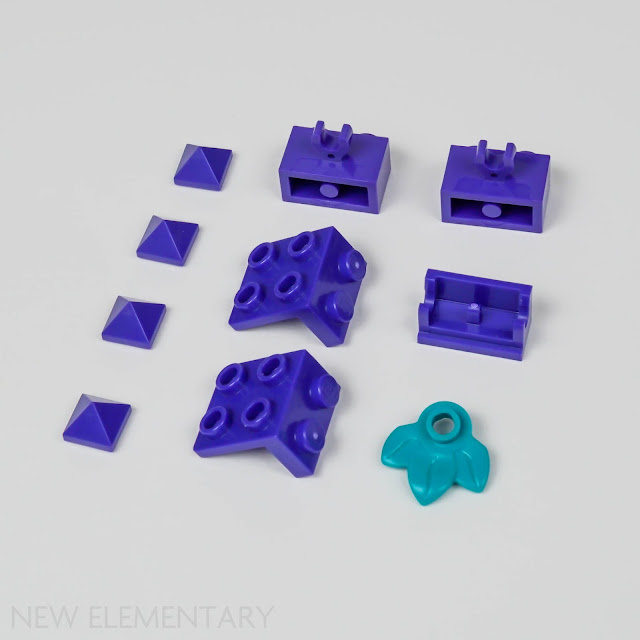 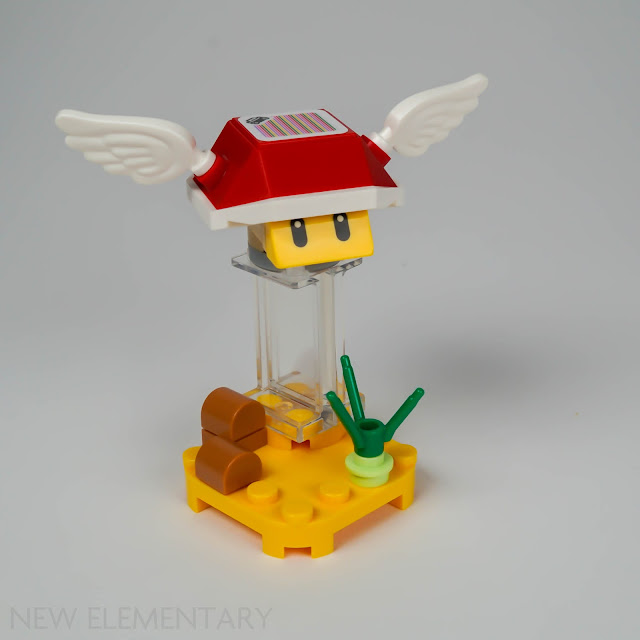 A flying version of the shelled insects that frequently beset Mario. 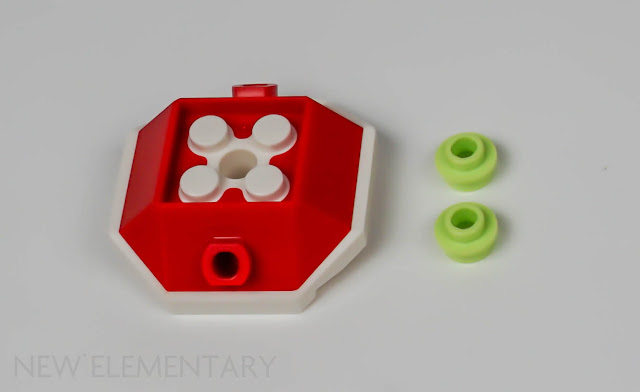 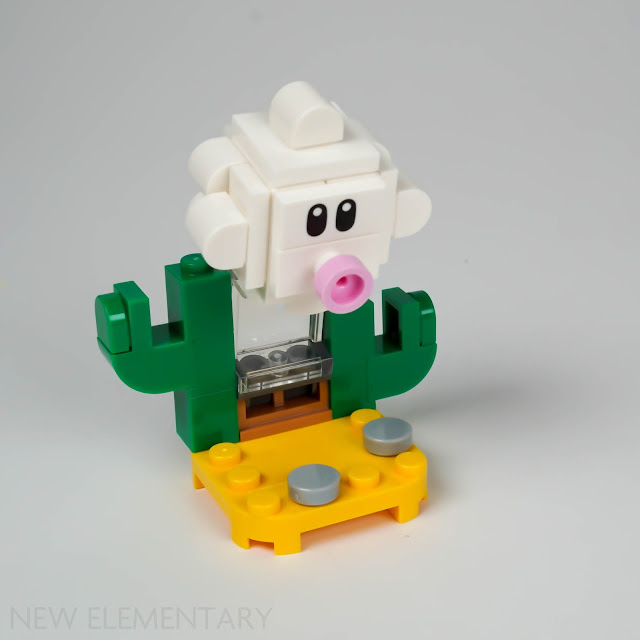 Even the clouds are out to get Mario. Foo hinges down from the top a nicely built cactus to attack. 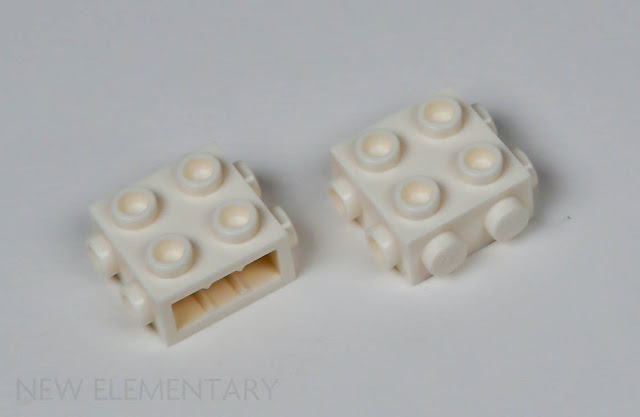 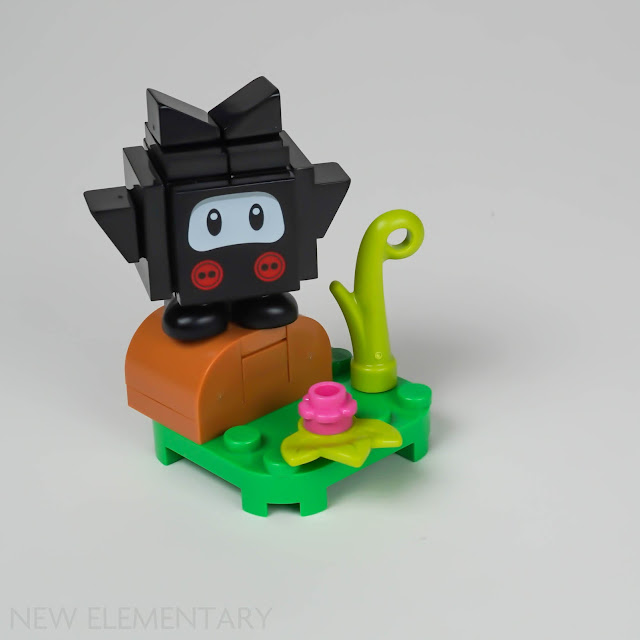 This stealthy character is also built using the aforementioned cube form, making good use of this year's premier SNOT brick: the Modified 1 x 2 x 1 2/3 with Studs on 3 Sides. 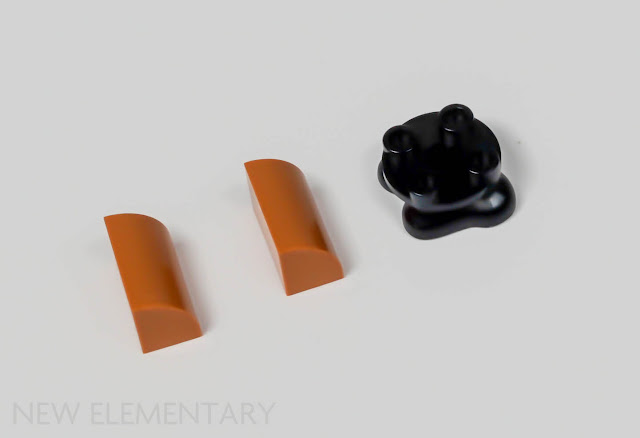 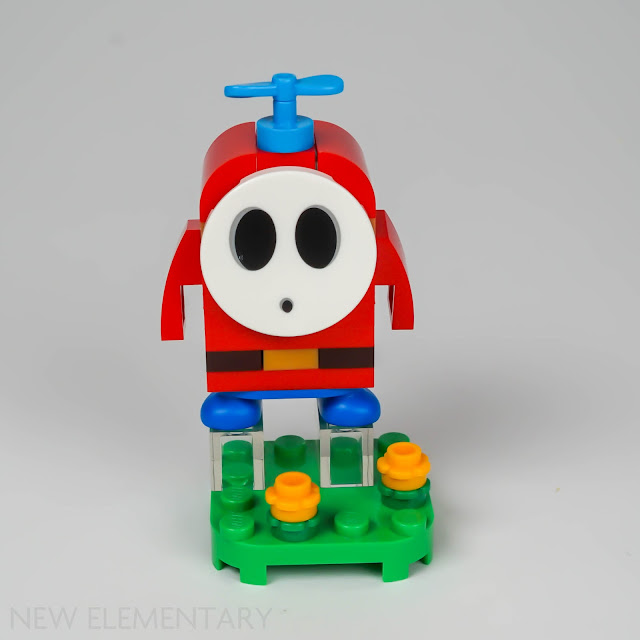 This bag gives you by far the most brick for your buck. And hidden away is a brand new mould, in 3 colours! 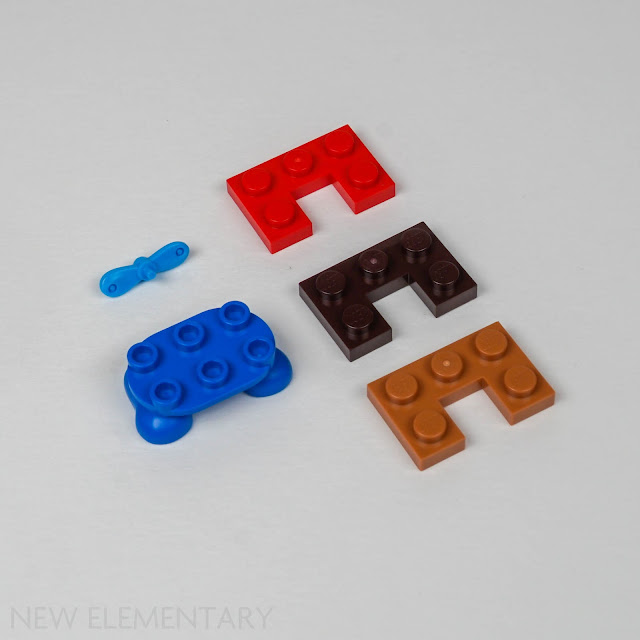 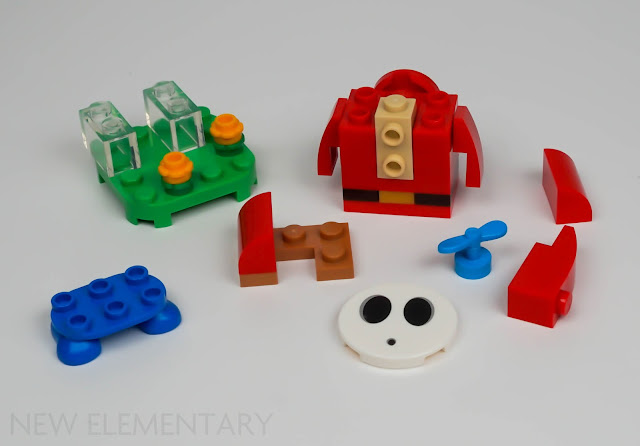 Plate 2x3 with 1x1 cutout is sort of a POOP - that is, Part Out of Other Parts. In this set it could easily have been replaced with other plates with no real effect on structural integrity. In fact a non-flying version of this very character was already released in Series 1, and in that case the body was essentially the same but built with previously existing plates. It is a nice addition to the family of other non-parallelogram plates but there are surely going to be limited times when you really need one. 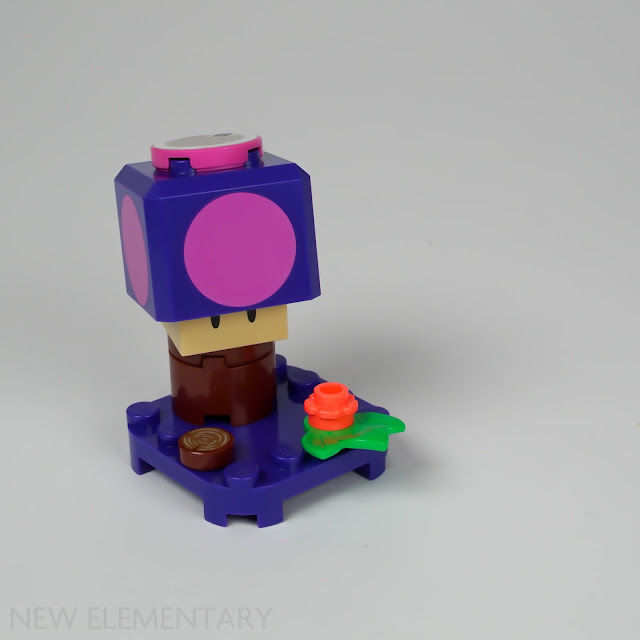 An evil version of the normally beneficial mushroom. This one has an interesting build technique... 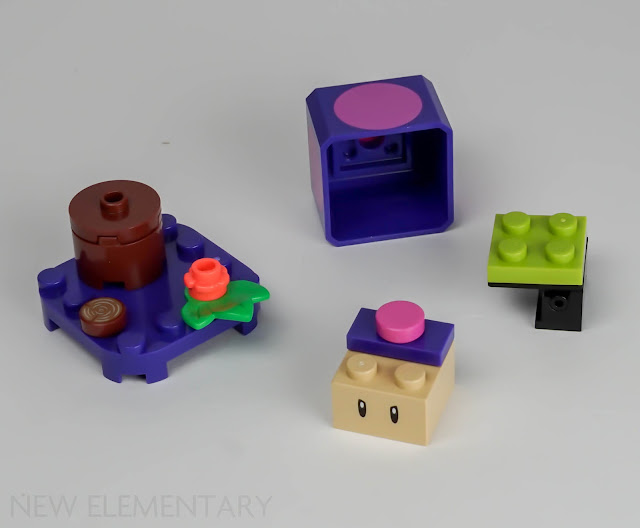 ...a standard hinge brick rests on a jumper and a 1x1 plate to give a slightly jauntily angled top, all nicely hidden away under the mushroom cap. 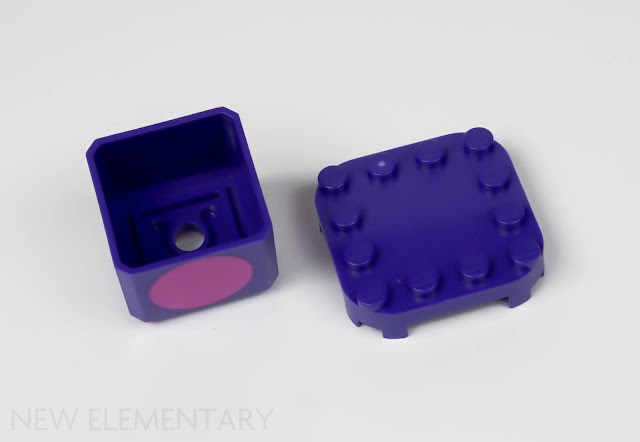 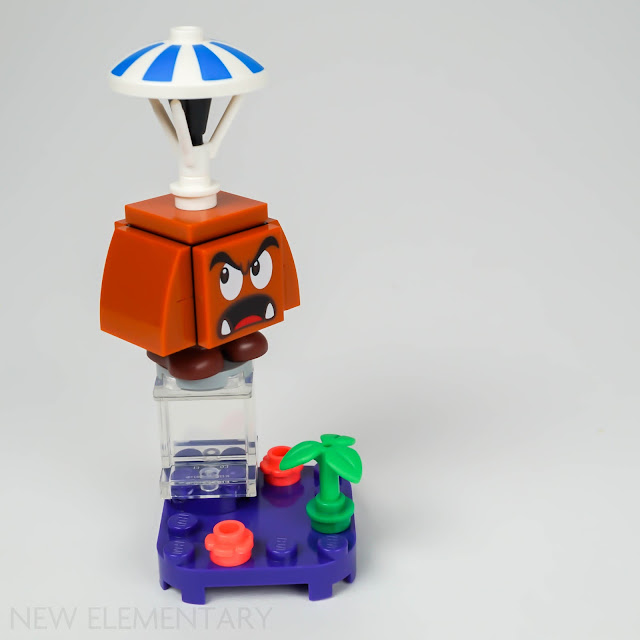 This most common of Mario’s enemies comes with a nicely designed parachute, cleverly using a white flower stem to give the impression of supporting strings. 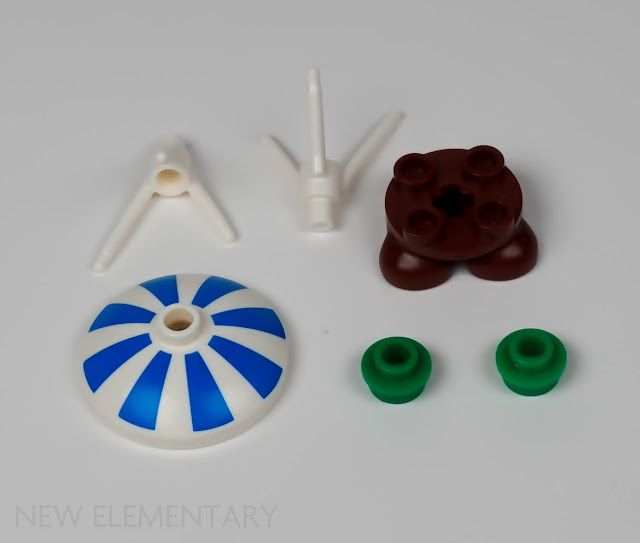 Recolours include some parts that are going to be useful for those who enjoy adding a bit of nature to their creations: 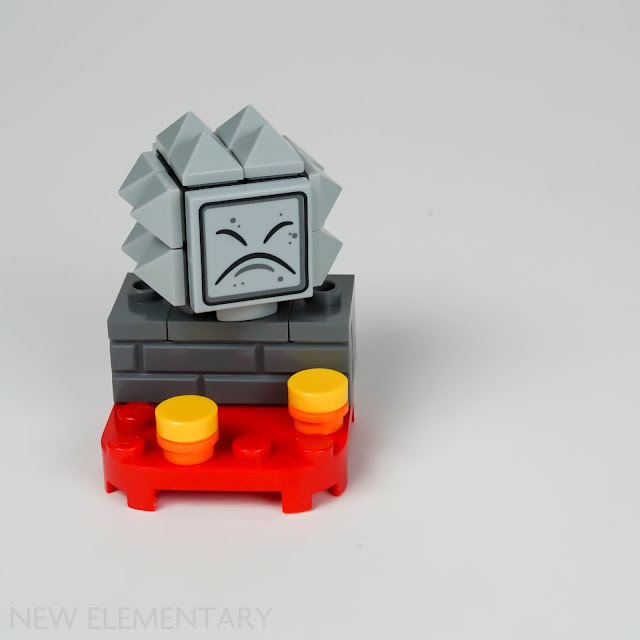 This wonderfully descriptive lump of rock is the one you want to look out for if you’re after loads of grey pyramids. Nothing thrilling beyond that in this bag. 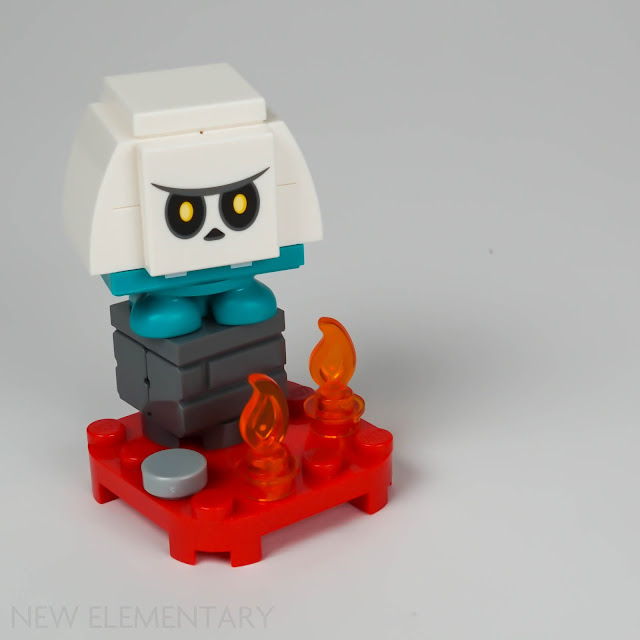 Teal feet anyone? What else can I say. 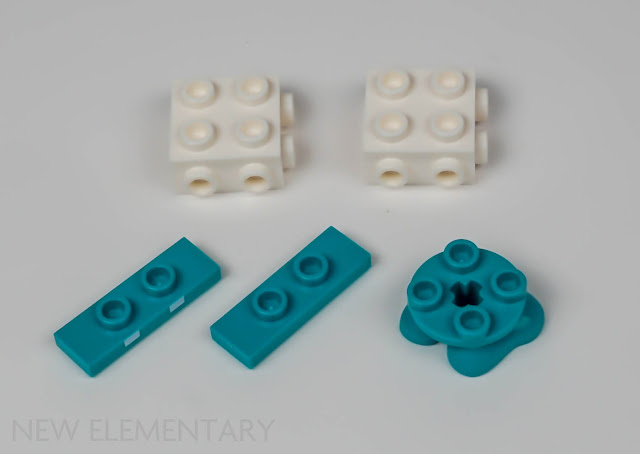 I have been interested in exploring several of the parts from the Super Mario selection for a while so here are a few tablescraps. 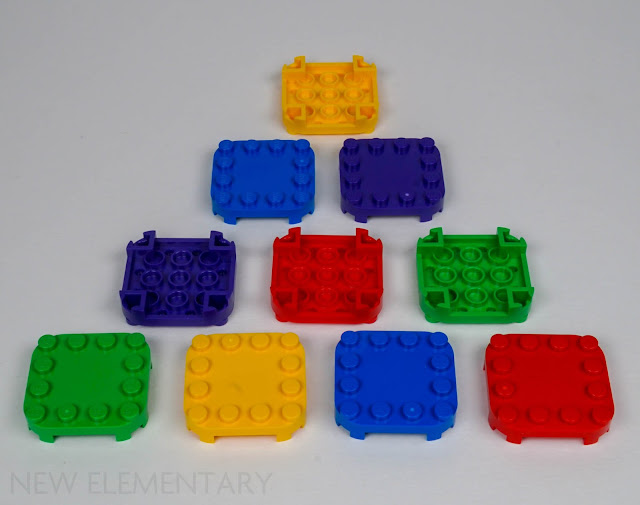 There is a 4x4 Mario base (66792) in each bag. These feature rounded corners with the same diameter curve as a 2x2 round brick or plate. This makes them ideal for getting away from a harsh square edge in your builds, should you want to. 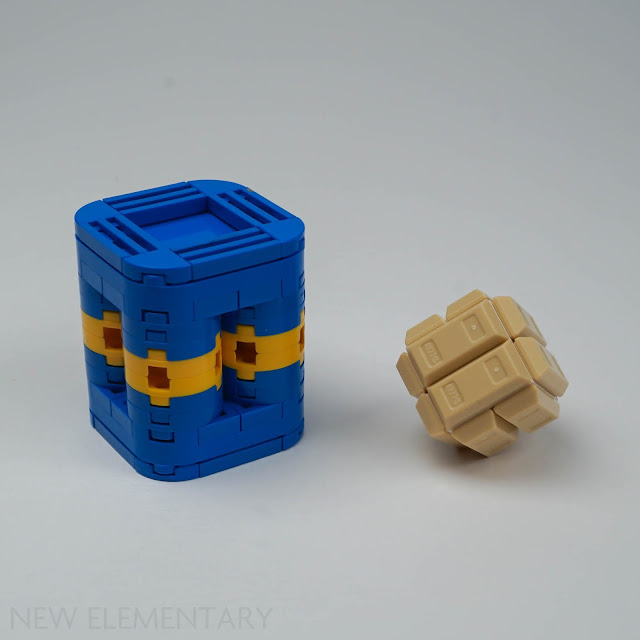 Here the curve has been used to add an interesting shape to a transport container, on the left.

On the right, a cargo pod also seemed like a good way to demonstrate this year's most exciting new SNOT brick, the Brick Special 1 x 2 x 1 2/3 with 8 Studs on 3 Sides (67329) which can form a perfect cube with studs on all sides (although 2 sides only have 2 studs) when two are put back to back with one upside down. 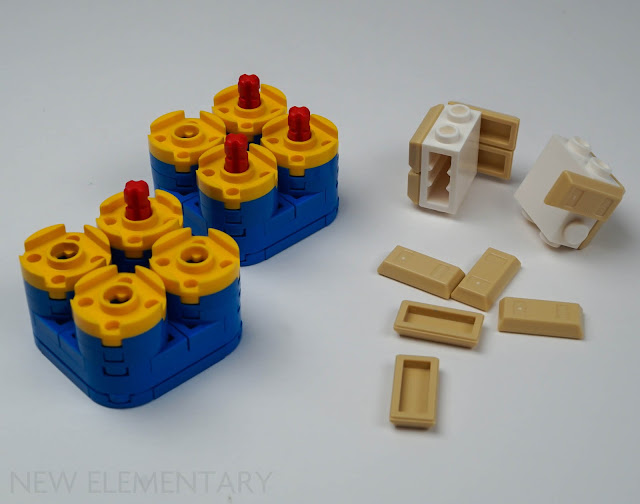 Finally, seeing the new 2x3 Plate with 1x1 Cutout, I couldn’t help but be reminded of another of Nintendo's famous brands...

This box of bags impresses with the interesting selection of parts and general playfulness of the designs. Even without the electronic Mario they are fun and engaging. The price does seem a little steep when you look at the part count; perhaps the added value obtained when the characters interact with the rest of the line go some way to justify that, but as a parts pack it would be better to cross your fingers and hope they appear on sale at some point.

Excuse me while I go searching for some character packs from Series 1...