Another quick post for our Parts Festival, from Jessica Farrell today. Following her animals last week, we have a couple of microscale creations using some of the LEGO® parts we sent her. This is a good moment to explain that we don't send all the chosen builders exactly the same parts; for example Jessica received some of the new 3x3 Technic frames.

Invert the inverted printed cone piece (Cone 2X2X2, Inverted, No. 1 in Medium Nougat – 6261728|52116) and you get something that resembles the turrets of a fairytale castle. At least, it would if it was in microscale! 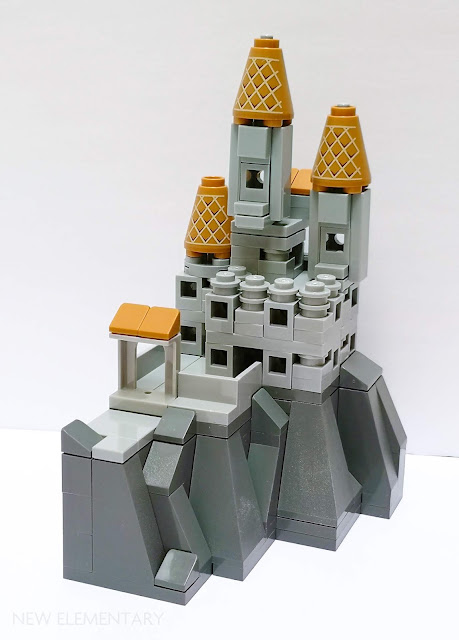 Not my first colour choice but the cheese slopes in the same colour make it pleasing enough. The connection is a simple bar-through-Dalek affair (Brick 1X1 W. 4 Knobs – 4733). 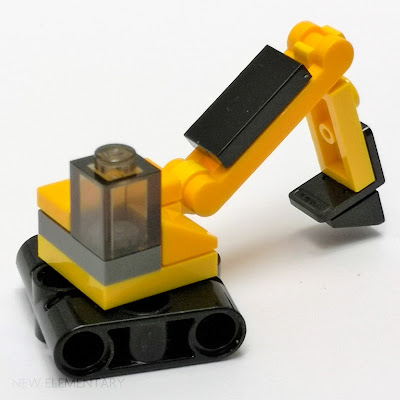 Back to microscale again in an effort to spice up this rather boring-but-functional Technic liftarm-connector thingamajig (Connector Beam 1x3x3 in Black – 6265644|39793). I’m not much of a Technic fan but, with a single pin in the centre to connect a 2x2 plate that will swivel nicely, I could get to like the piece reborn as tiny caterpillar tracks. 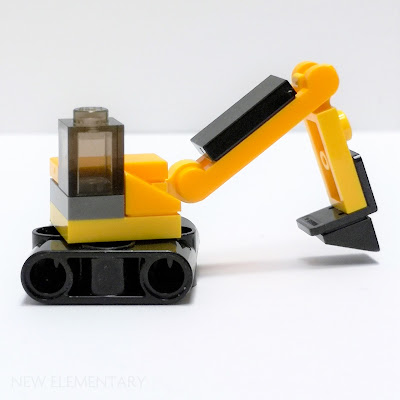 Products mentioned in this post were kindly supplied by the LEGO Group. All content represents the opinions of New Elementary authors and not the LEGO Group. All text and images are © New Elementary unless otherwise attributed.
Posted by: Admin Posted on 8/31/2019 03:15:00 pm
Email ThisBlogThis!Share to TwitterShare to FacebookShare to Pinterest
Labels: Castle, Parts Festivals, Technic