Time for another update of what's been going through Jaap Bijl's (jaapxaap, found on Flickr and Instagram) head as he is faced with the various LEGO® parts in our Parts Festival.


There was one piece in the parts selection that was just weird to me. It's a white piece with some strange holes and details that didn't feel like LEGO to me. I was wondering why it even existed and why they would make such a part. But hey, if I think a piece doesn't deserve the name LEGO, I feel like that's enough reason to use it.

While looking at the piece, it suddenly came to me that it looked exactly like a security camera. So I took some bricks together and made a little scene to prove that even this piece is useful. 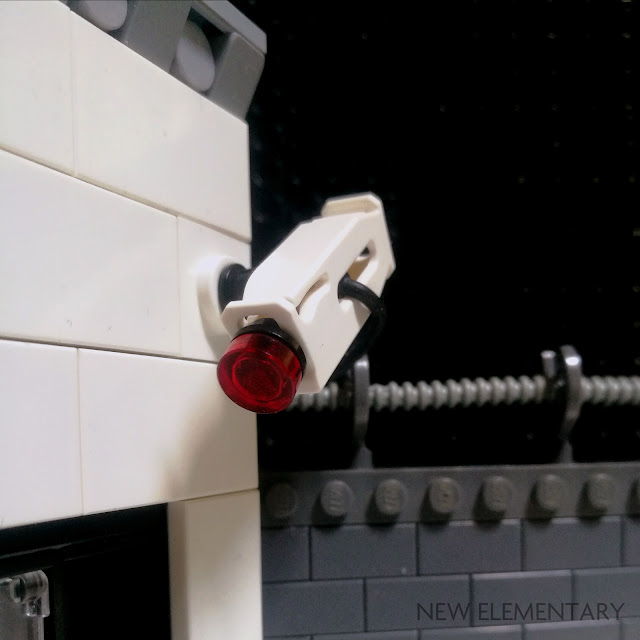 When a LEGO friend saw this little build, he told me that the weird white piece is a shooter (Shooter w/ Cross Axle, No. 1 – 6248534|41812) used in new City sets. So that explained the weird shape of it and gave reason as to why LEGO would make it! Maybe I should study the new sets more carefully…


This week I gave another look at the yellow star piece. I don't know why, but I just like the piece. It seems too big and bulky, but it's still useful in my opinion. I first started laying them down in a circle. 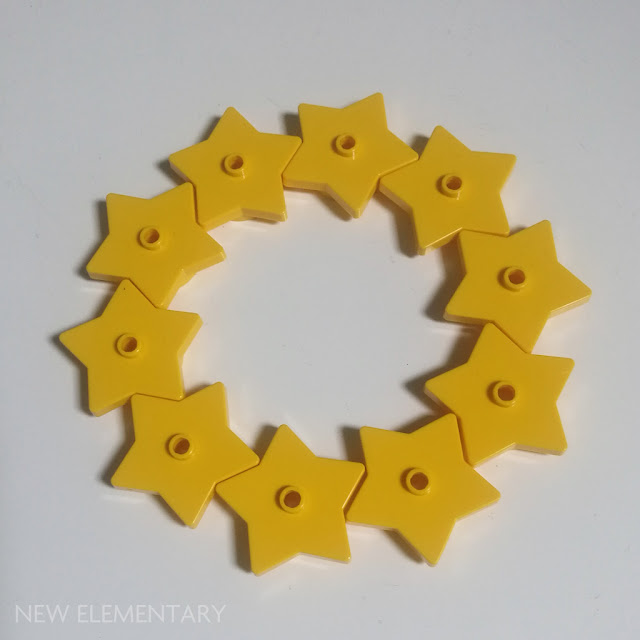 It fits exactly 10 stars in a circle. And I think the result is pretty fun. [Editors note: if this looks familiar it is because great minds think alike – concurrently to Jaap, Inthert discovered the same thing!]

You might make some Christmas wreath or something similar but to get a really nice result, I think you should wait until maybe the day LEGO make this piece in green! This circle of stars was actually my initial inspiration for the final build I will make, using various parts of the Parts Festival. I want to go for something that's in my comfort zone and what I enjoy the most: Colourful Fantasy! Colourful stars are perfect for that, right?

So I thought it would be fun to try to connect the stars and make an arch above the door of a lovely cute house. To do so, I had to determine what the distance should be to connect them together. It turned out to be pretty simple actually, as the photo shows. 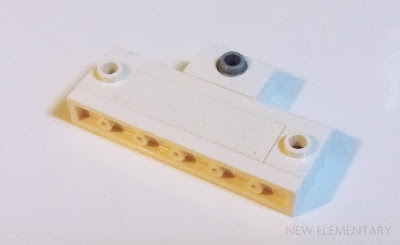 A lovely cute house needs more than just a 3-star arch, so I added more to my work-in-progress.

I made a door in beautiful purple (my signature colour, so if you know my builds that shouldn't surprise you). By using plates in two colours, I gave the door a 'wooden' texture, as if each layer of plates is a row of planks. 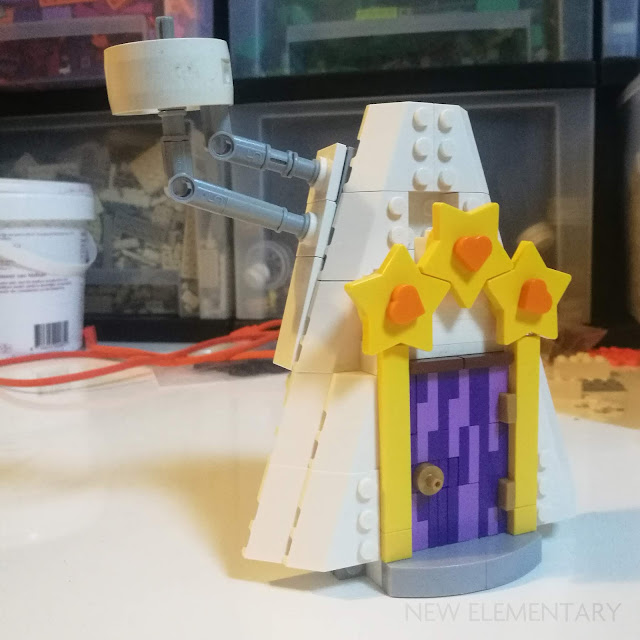 The yellow tiles next to the door might look like a less important detail, but it actually is key to make the arch fit in. The problem with the stars is that they stick out forwards quite a lot. So bringing the yellow tiles in connects the arch with the rest of the build.

Again, I used the white 2x2 turntable connected with a Technic pin technique and you can see it clearly in the picture above. So for covering the side wall of the house, I will use tiles so it matches. Inside I will place some hinges to angle the wall perfectly to the angle of the slopes on the front. On top there will be some cone-shaped roofs. A small stair at the front and some surrounding nature around is how I am thinking about completing this build right now. Maybe I will totally switch plans... time will tell, and you will see the result soon! Stay tuned and until then,

Products mentioned in this post were kindly supplied by the LEGO Group. All content represents the opinions of New Elementary authors and not the LEGO Group. All text and images are © New Elementary unless otherwise attributed.
Posted by: Admin Posted on 8/30/2019 09:00:00 am
Email ThisBlogThis!Share to TwitterShare to FacebookShare to Pinterest
Labels: Parts Festivals, Technique