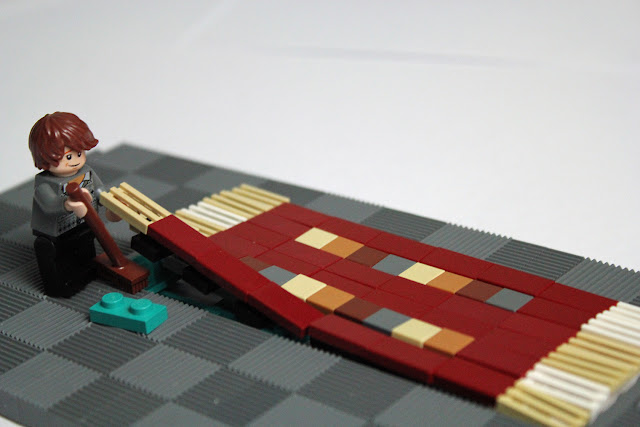 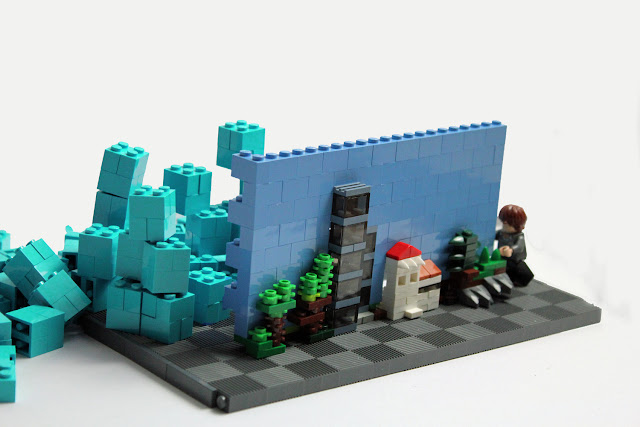 Rumors say that the killing of teal was only a huge cover-up and that the parts are hidden somewhere... 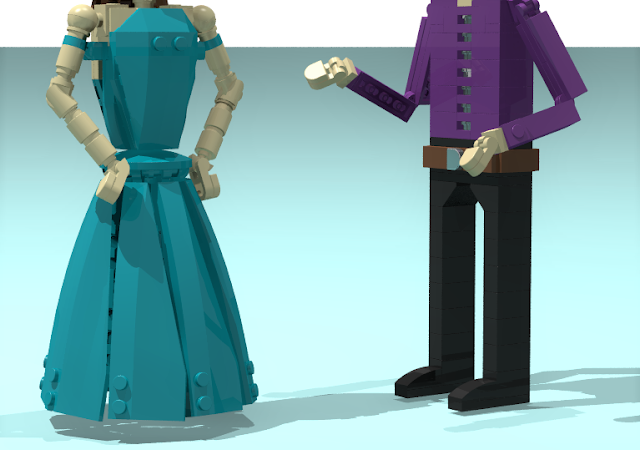 What do you mean this color makes me look fat?

Ah, that age old question: "does this dress make me look fat?" Unfortunately, Mark Stafford has given the wrong answer and once again doomed teal...

This was just a funny idea I thought up when I saw the contest, and thankfully I was able to find the time to put it into stud.io. Thanks for putting on the contest, and let's hope Mark Stafford doesn't actually kill teal again! 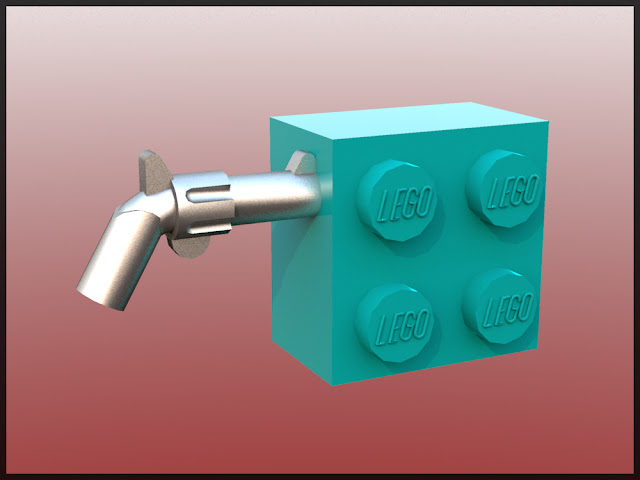 ...often allows you to see the essence! 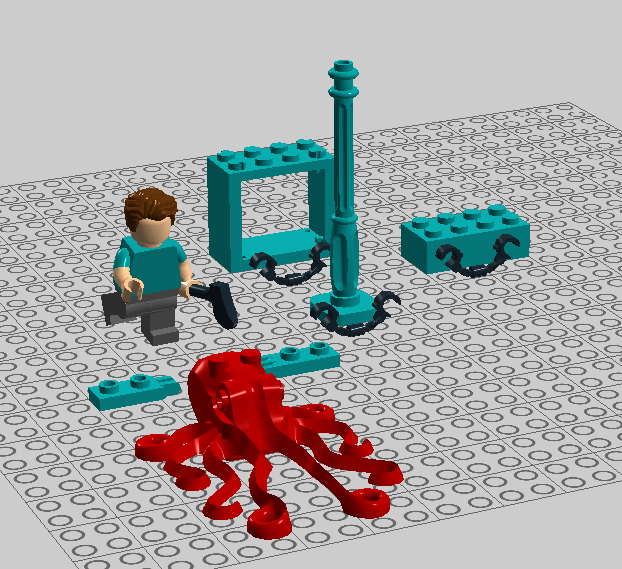 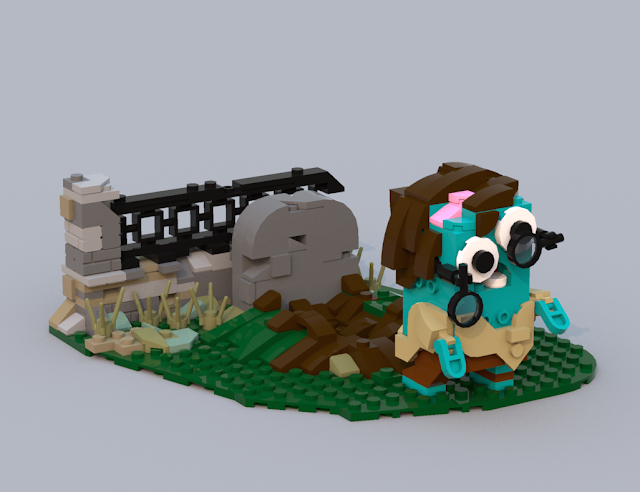 Zombie Teal: Back from the Dead

Teal was killed once before and it's back from the dead, this time as a zombie teal color. Can it be killed yet again?

Depicted in a BrickHeadz zombie figure format. Digital entry, because teal zombies have not showed up at my door...yet. 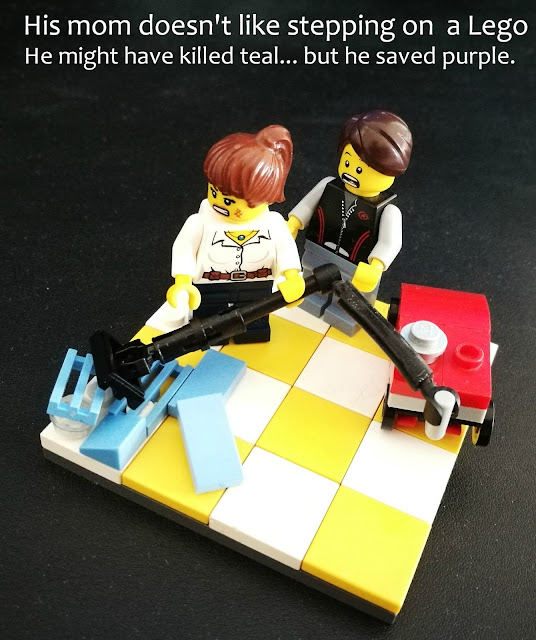 The final nail in the coffin for teal was when Mark's mom stepped on some teal bricks laying on the floor. Saving them from the VACUUM OF DEATH was impossible. And thus, the story of teal ended. 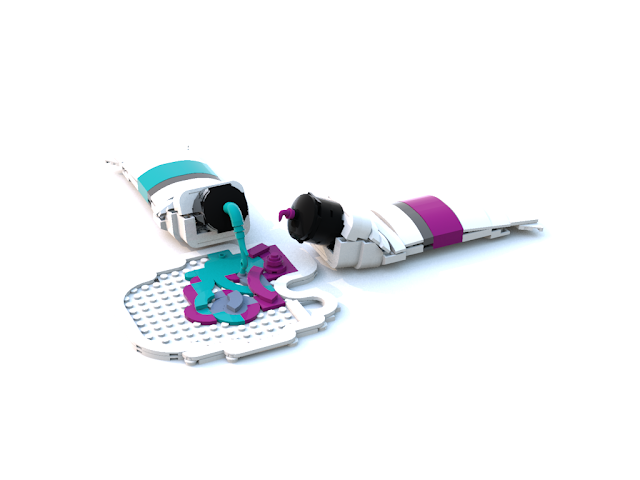 When I heard "kill teal", I, being very logically minded, thought: "Killing a color is taking the color out of it". So that's what I did. I took teal and purple (yes, the color that Mark chose) and mixed them to kill them both! Sand blue is what they make. Personally, I'd rather have that than either teal or purple. :)
Many thanks. 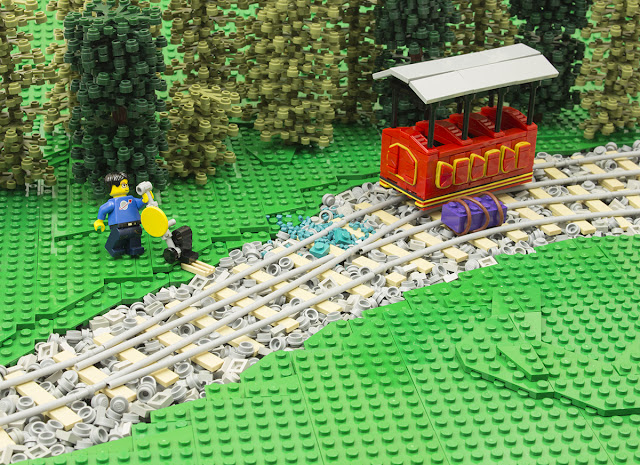 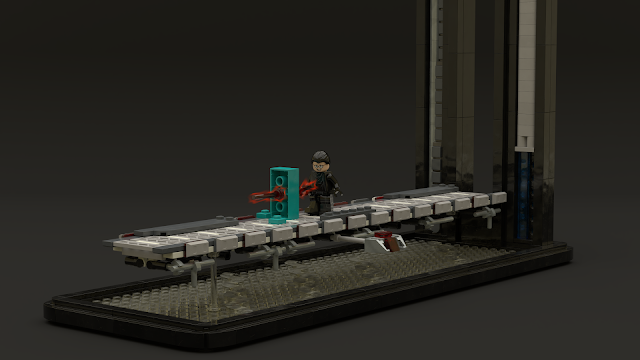 The Death of Teal Solo

An alternate version of Teal's untimely demise. Based off the Han Solo scene from the 2016 Star Wars movie "The Force Awakens". Rendered in Meca-Bricks 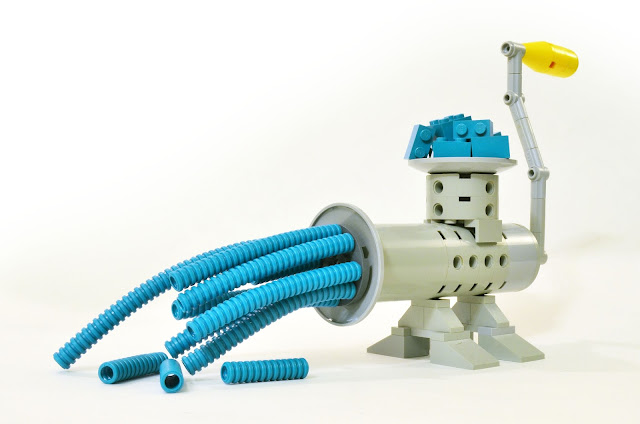 What's the best way to kill teal? Put it in the grinder! This Teal-O-Matic 3000 state-of-the-art teal grinder will turn any teal colored LEGO parts into manageable strings of ground teal with a satisfying crunching sound! Satisfaction guaranteed! Call now to order yours today!


That's it! Who do you think will win? We will announce the judges' choices on Wednesday.

Prizes in this competition are kindly provided by the LEGO Group. All content represents the opinions of the competition entrants or New Elementary authors, and not the LEGO Group. All text and images are the copyright of the entrant named below the image.
Posted by: Admin Posted on 3/05/2018 07:30:00 am
Email ThisBlogThis!Share to TwitterShare to FacebookShare to Pinterest
Labels: Community