Today we kick off an exclusive new series of interviews with a different kind of LEGO Group employee: the Element Developers. We’re quite excited here at New Elementary because we haven’t spoken to them before, and anyone responsible for making LEGO® elements is a hero in our book! Conducted over email, we asked a series of set questions about recent elements to reveal a bit more about their production process. Transcripts were edited for clarity, readability and narrative flow.

In this first interview we asked LEGO Mechanical Engineers Niels Bundesen and Jonas Stubager about part 65094, which they call the 4+ Wheelbase, as it is a pre-assembled chassis created for the 4+ age mark range. Other names include:

The obvious changes are that the mudguards are now flush with the top of the element instead of protruding above, and there are now 5 Technic holes in the base instead of 3. But as the employees reveal, there were other changes made as well.

The Element Developer role at the LEGO Group

But first things first: what is an Element Developer exactly? Also referred to as Part Designer, they’re a different skill to what is called an Element Designer, which may be what you first think of. Niels Bundesen explains in more detail.

“We work closely together with the awesome Product Designers and Element Designers from the start. The Element Designer will design the overall shape, and might have a desire for a novel or existing function. It is then our responsibility as the Element Developer to make sure that whatever great design or function they need, the quality, product safety, design (and more!) is the best it can be. We work together with departments that are experts in plastic flow, quality testing, the LEGO System, product safety and more, and they support us amazingly. So, making a new element really is a team effort! But in short, we as developers are responsible for the element, and the steel around it that shapes it. The mould design itself is made together with our fantastic teams of Mould Developers – we really are supported by great people.”

READ MORE: Our 2020 interview with Karsten Juel Bunch, then Design Director of the Element Design Team, reveals more about how LEGO elements are developed

Can you give us a brief history: what was your study before joining the LEGO Group, when did you start and approximately how many elements have you worked on since then?

Niels Bundesen: I studied a MSc. in Design and Innovation at the Technical University of Denmark. I started in the engineering team at the LEGO Group in the summer of 2019 and also worked earlier as an intern and project writer in the LEGO design and concept teams. I’ve worked on 6 to 10 elements – it depends if I count those I am working on now!

Jonas Stubager: I studied to be an Integrated Design Engineer at the University of Southern Denmark, Odense. I joined the LEGO Group in 2015 as a Mechanical Engineer in the Platform Team, developing elements to be used for more themes across the portfolio. As an example, the first project I joined was the track elements used for the rollercoaster. One or two years later, that team was merged with the team called Front End. I’ve designed around 20 elements. 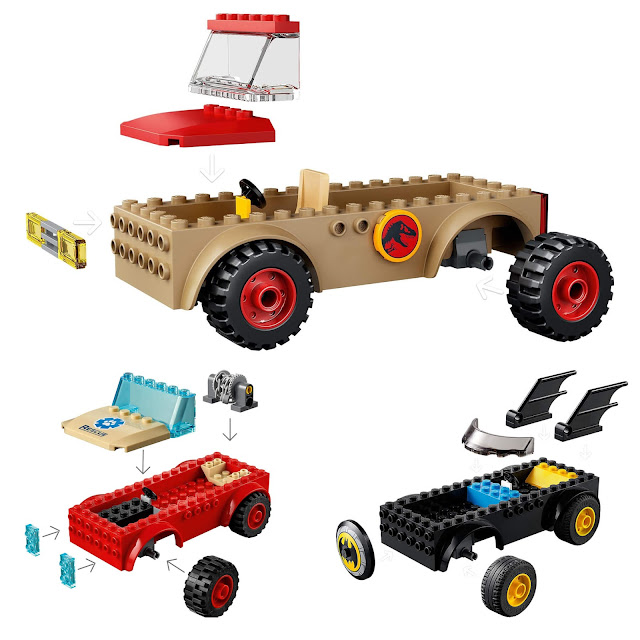 Why were there two of you working on this element?

This element is called the 4+ Wheelbase, however, it is an assembly of two elements; the axle and chassis. Jonas worked on the chassis element and Niels on the axle element. As you can see in instructions and online, the chassis comes with the number 65094. But if you look on the bottom of the elements themselves, they each got their own individual number. It does make it easier to tell the difference in our systems, when they are not assembled yet.

Did you need to consider the design of the old version when creating this new wheelbase?

Since it was a redesign of an existing element, it could not stray far from the old design as we wanted it to fit with upcoming sets that were based on the older design.

How were you briefed?

There was a need from the designers to get more building possibilities from the chassis. The lowering of the mudguards increases the way the designers can build on top of the chassis, since they are not restricted. And from a quality perspective, we also wanted the element to be more resistant to wear so we changed the polymer of the axles. The mudguards were lowered to protect the Technic pins in a drop. So no matter how it falls on a flat surface, the pins are not hit directly. The axles are still able to take a direct hit, but we would rather protect them, so they do not get damaged and thus might become non-functional.

Roughly how many prototypes were in the concept stage and what sort of ideas were discarded?

The chassis had two versions, there were only minor differences in where the knobs were placed. The axle went through more iterations. This is because we wanted to try many different geometries and materials. I think we used two test moulds for this and had four different concepts in total.

Can you tell us more about the materials used and how they were changed?

The chassis stayed in the same material (ABS). However, the axle went through 2 material changes compared to the old design. The first change was to make it in a High Viscosity Polyoxymethylene (HV-POM), that can take a bit more impact from drops than regular POM. But POM is still very brittle if a crack appears – and it did, in drop tests. So, we tried a new material instead, a High Impact Polyamide (HI-PA). And, as the name suggests, this enabled the element to pass our quality and safety tests.

What tests were undertaken?

This element underwent the thorough product quality and safety tests that all LEGO elements need to pass. In testing, we found challenges with the elements that we worked to overcome. In the drop test our initial material (HV-POM) would break when dropped with rims (without tires) on the axles. Jonas had designed the chassis to shield the bare axle in a drop, making it very secure, but it could not shield it when the rim was attached. We ended up solving this issue by making the element from HI-PA, which passed our rigorous safety test.

Did you include any features that help the builder to use the element correctly?

The tube side was changed on the axle, since HI-PA does not have the greatest clutch power. We also made sure the snap connecting the chassis and axle is strong enough not to be pulled off easily.

We are happy with the outcome of this element/assembly, and how close we managed to keep it to the old design while still giving the designers more possibilities for the element. 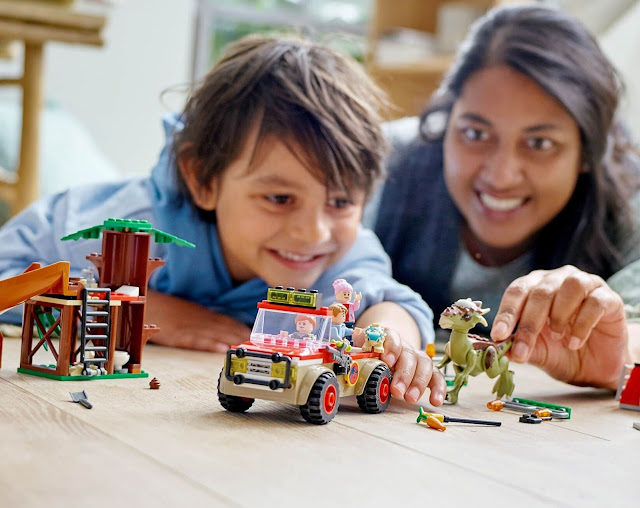 Come back next Wednesday when we speak to the developer of the 'Porsche bow'! Our thanks to the AFOL Engagement Team, Niels Bundesen and his colleagues at the LEGO Group for making this interview happen. Let us know if you enjoyed hearing from these employees, so we can feed back to the teams.

READ MORE: Interview with the design team of LEGO® Super Heroes, including their favourite techniques and elements

All text © New Elementary. All images © 2021 The LEGO Group unless otherwise attributed.

Posted by: Admin Posted on 10/06/2021 02:00:00 pm
Email ThisBlogThis!Share to TwitterShare to FacebookShare to Pinterest
Labels: Inside LEGO, Interview