We have not one but two authors today: Miller Keys (@miller.keys) and Kaitlyn Lee (@ktlynl_) who, you will be charmed to learn, became a couple after meeting as rival contestants on LEGO® Masters Australia. We sent them 21054 The White House for review with the additional challenge of creating alternate builds from this 1483-piece set, which retails for £89.99/ US$99.99/ 97.47€. If you're buying this set, consider using our affiliate links: USA LEGO Shop, USA Amazon, UK LEGO Shop, UK Amazon. New Elementary earn from qualifying purchases. The products in this article were provided for free by LEGO; the author's opinions are not biased by this. 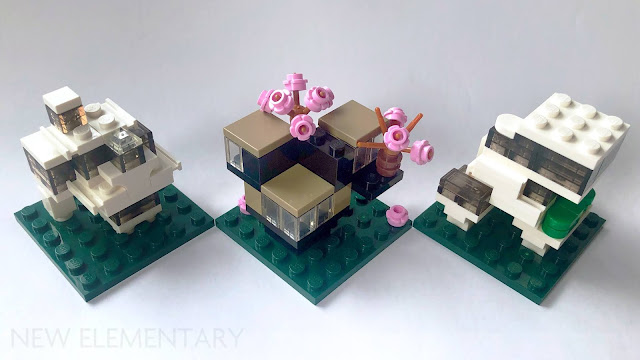 
Compared to its 2010 predecessor, 21054 White House extends the model further from just the Executive Residence or “Residence Villa” out into both the East and West Wings. Additionally, the 2020 version is a little smaller in scale, and interestingly it uses a different side of the building as the front of the model. The newer version utilizes more advanced building techniques than those in the original set, which we will look deeper into in a moment.

The White House does not come with a variety of new elements. However, it does come with a couple of recolours and surprising quantities of more common pieces. This may draw people towards the set who want large numbers of simple elements. 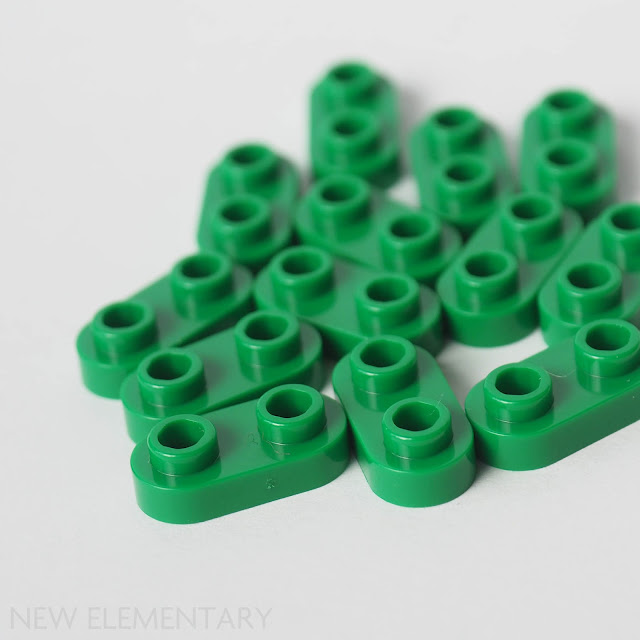 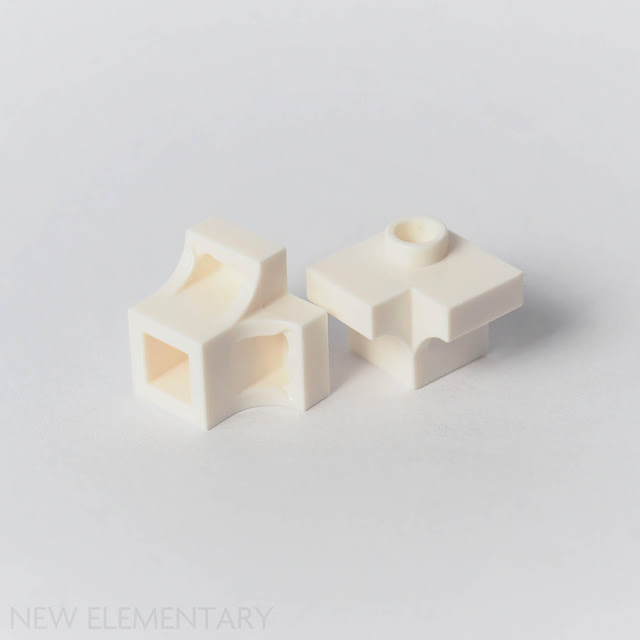 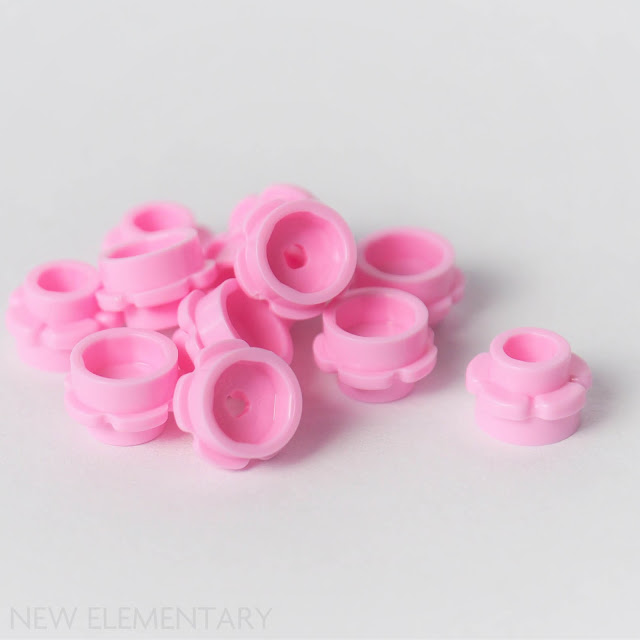 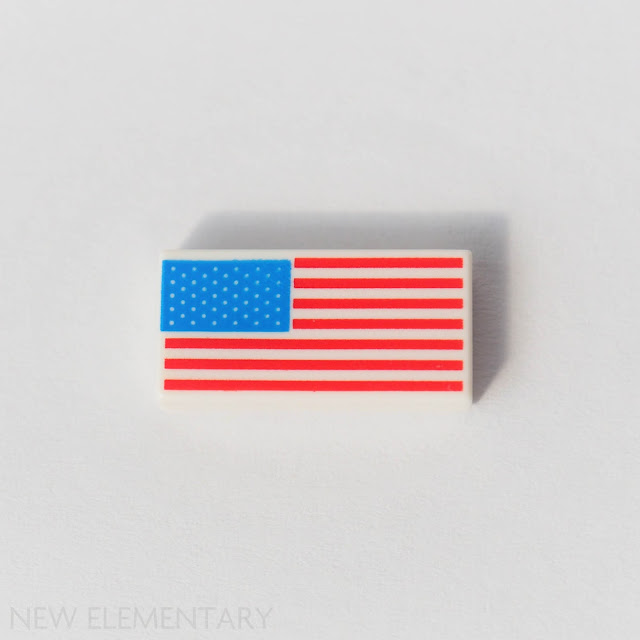 A few other elements of interest, not because they are new in any sense but due to the sheer number included, are:

Most of these large quantities of pieces are used for repetitive elements of the building such as windows and foliage.

The build of this set is fairly straightforward with a few interesting techniques. It includes five bags altogether, split into three sections. 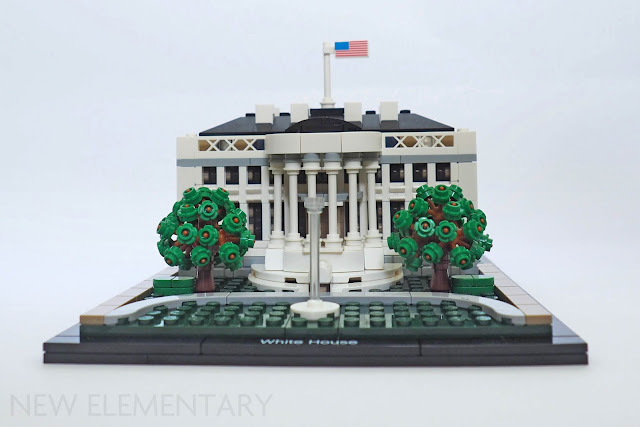 The first three bags are dedicated to the main central section of the White House – the Residence Villa. There are some interesting techniques used here, especially involving the 5:2 rule in LEGO System. All of the windows are 1 x 2 Trans-Black plates built on their side and connected via a Brick Special 1 x 1 x 1 2/3 with Studs on 1 Side in White (6218841 | 32952). This is a heavily used technique throughout the model which does end up becoming quite repetitive and time consuming. 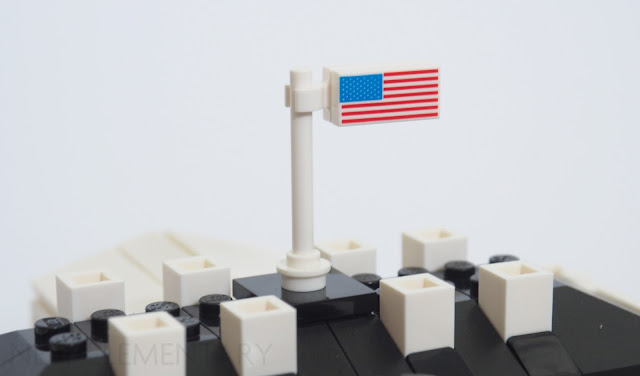 One technique we did enjoy was the use of upside down white 1 x 1 bricks as chimney stacks. 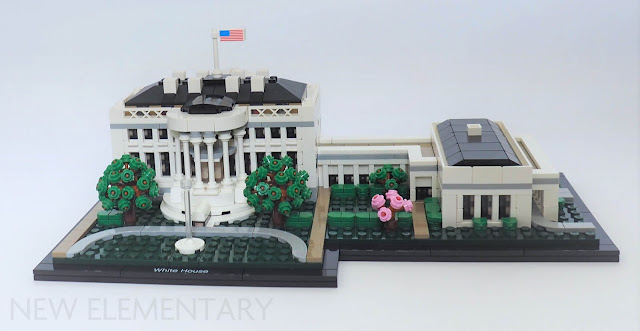 Bag 4 covers the East Wing of the building, though the instructions describe the West Wing. We enjoyed reading different facts about each section of the building in the instructions, even if they were in the wrong order. This error has been fixed in later production runs. Unfortunately, there wasn’t much in terms of interesting techniques which weren’t already used in the first three bags. 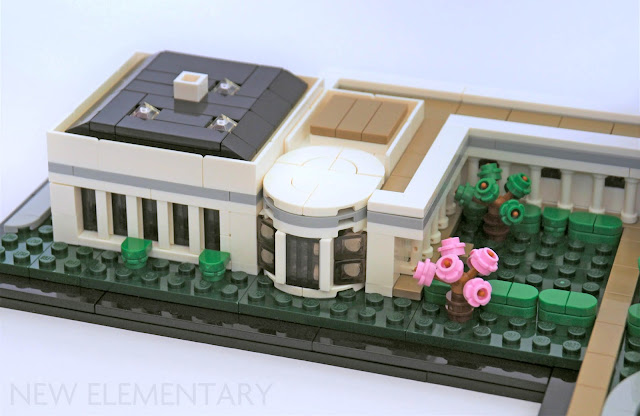 Bag 5 covers the West Wing. There are some fun techniques in this Wing, such as the SNOT built Oval Office in the front, as well as the use of Plate Special 1 x 2 [Side Handle Closed Ends] in White (4222017 | 48336) as Roman-style columns along the corridor to the Residence Villa.

Our first set of alternate builds are of modern, microscale residential buildings. For anyone planning on building a house out of LEGO or proper materials, this is a great way of translating thumbnail sketches into a 3D form to get an idea of what it could look like. 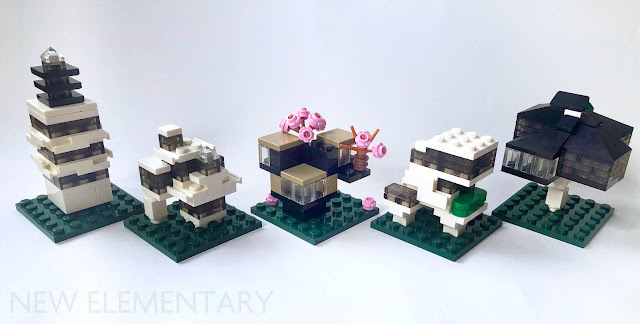 We wanted to see how many we could make out of the set’s parts without reusing any, while making each unique. Working at such a small scale was beneficial because there is only so much detail you are able to go into. Instead, we were able to focus on designing elegant silhouettes. 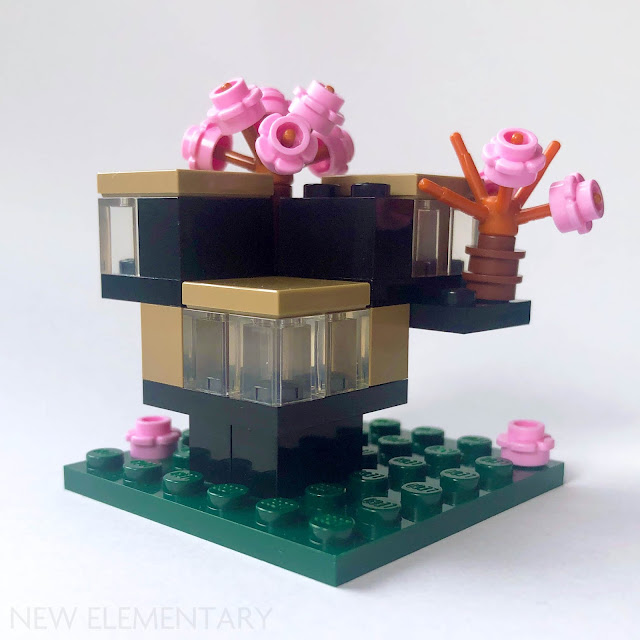 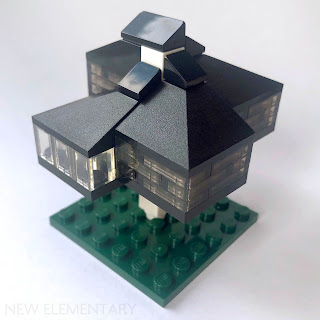 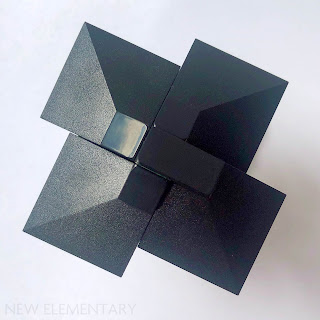 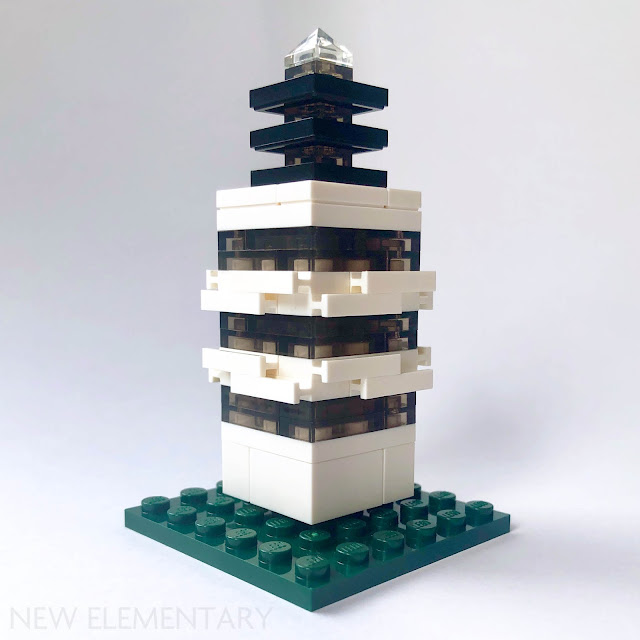 For the second alternate build, we decided to do a pool scene as many of the elements in the set lent themselves to that quite easily. 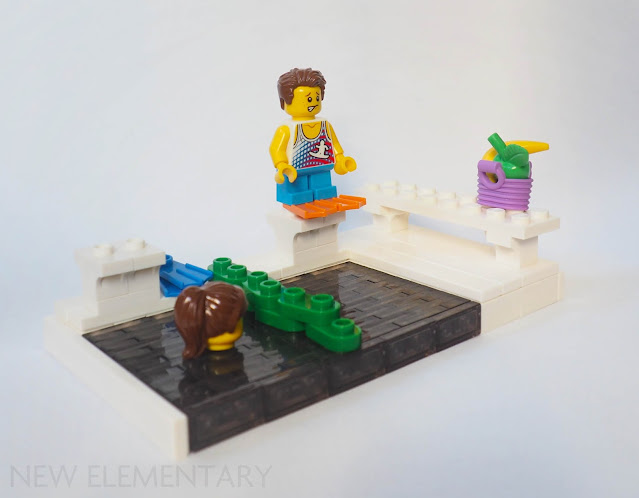 We felt it was important to use as many of the trans-black elements as possible as they are such a prominent part of the set. On another hand, the arch pieces already look very much like diving stands so that was a no-brainer. Finally, Kaitlyn added the lane ropes using the green rounded 1 x 2 plates. As you can see for this build, we added some extra elements to bring it to life in the form of minifigures and accessories. 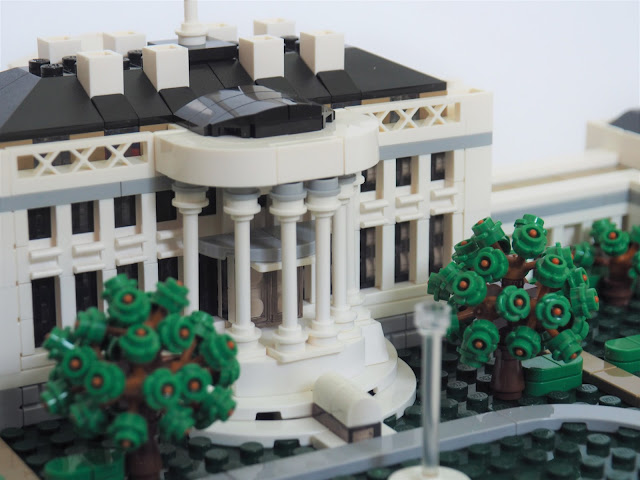 Even though The White House build was quite repetitive in many aspects, it was still enjoyable to complete thanks to the SNOT techniques laced throughout. Despite not containing many new elements, we believe this set is worthwhile for those looking for large quantities of simple white and trans-black pieces.
READ MORE: LEGO Hidden Side 70437 Mystery Castle reviewed, with MOCs by Caz Mockett