One of the contestants in Iron Builders preliminary rounds, The Iron Forge, is Jaap Bijl (jaapxaap, found on Flickr and Instagram) from the Netherlands and he is a member of Lowlug and Innovalug. He took part in our 2019 Parts Festival and has now progressed from the Top 20 to the Top 8 in the Forge. We asked him to explain a couple of the techniques involved in one of his Forge builds from last week.
Hey everyone, it’s Jaap here! I’ve been participating into the Iron Forge contest, and made it to the final 20. In that round we had to build using the hammer and/or the wrench minifig accessory pieces. At some point when I was playing around with the wrench piece I found a wrench combination that looked a lot like a bird’s beak to me. So there I started building this hummingbird. 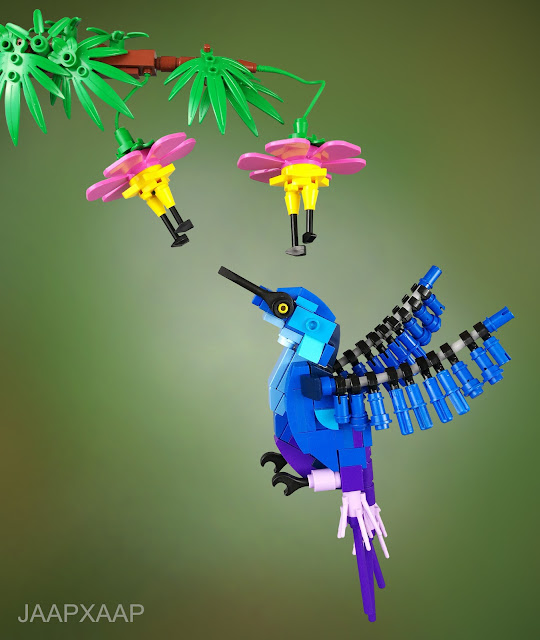 (Yes, for those New Elementary readers who remember it, I also used those big yellow stars from the 2019 parts festival in the flowers!)
The combination I found was to push two studs into either side of the wrench. 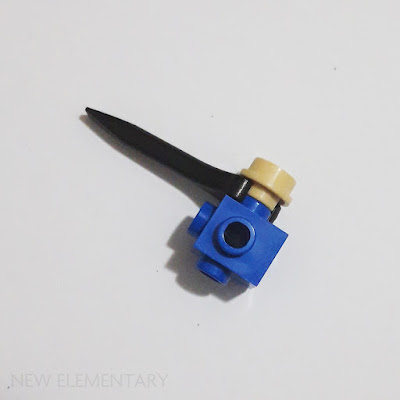 I have used a tan stud here for clarity but in the model I used a black one with a hole (part 85861) and then pushed yellow flex tubing through the hole to create the eye.
The most challenging part of this build however was the bird’s wing. It needed to be a curved shape, but as I had already built the body of the bird, it could not be too big. So I was playing around a bit with the following two techniques that could work for a bird’s wing.

But when I held it next to the bird’s body, I just did not like it. It was way too rough for a hummingbird. I mean, a hummingbird is a very small bird with lots of tiny, detailed textures. Using those techniques really took that feeling away from what I already had achieved.
So I was thinking about what else I could use as a technique when my eye fell onto some blue Technic pins. And there the idea was: to create the wings using a piece of flex tube, bar clips and different Technic pins (with some 1x1 round studs to create a nicer curve). 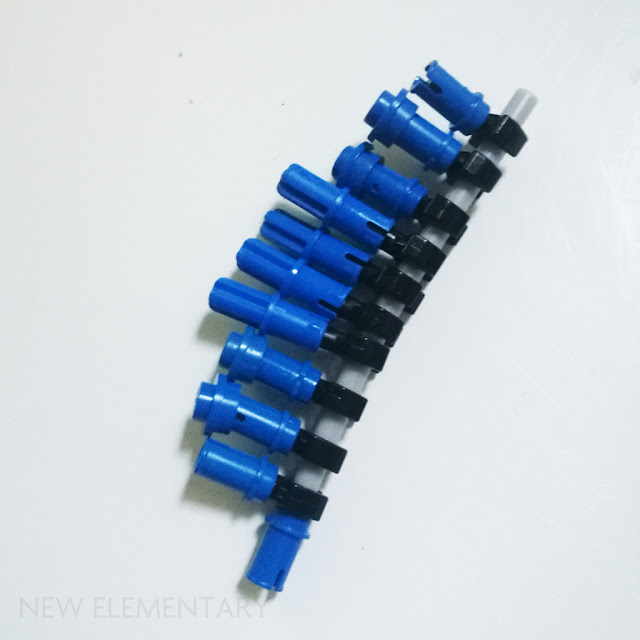 I’m really happy with how the wings look on the bird, as I think it fits really well with its character.

READ MORE: 10 of the Top 20 builders from the Iron Forge reveal their techniques

All text and images are © Jaap Bijl unless otherwise attributed.
Posted by: Admin Posted on 5/13/2020 08:53:00 am
Email ThisBlogThis!Share to TwitterShare to FacebookShare to Pinterest
Labels: Community, Technique