The Iron Forge contestant from the Iron Builder challenge revealing their LEGO® techniques for you today is Bryce Dempsey (on Flickr, YouTube and Instagram), from California. Appropriately enough for a builder who creates replica guns from LEGO pieces, last week in Round 3 the seed part was part 15391, the Minifigure, Weapon Gun, Mini Blaster / Shooter.
My favorite of my own builds for Round 3 using stud shooters as the seed part was the soda machine. The build featured 11 stud shooters in total, with many unique uses. 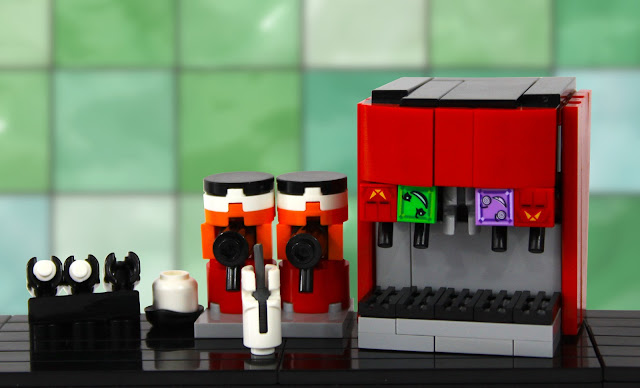 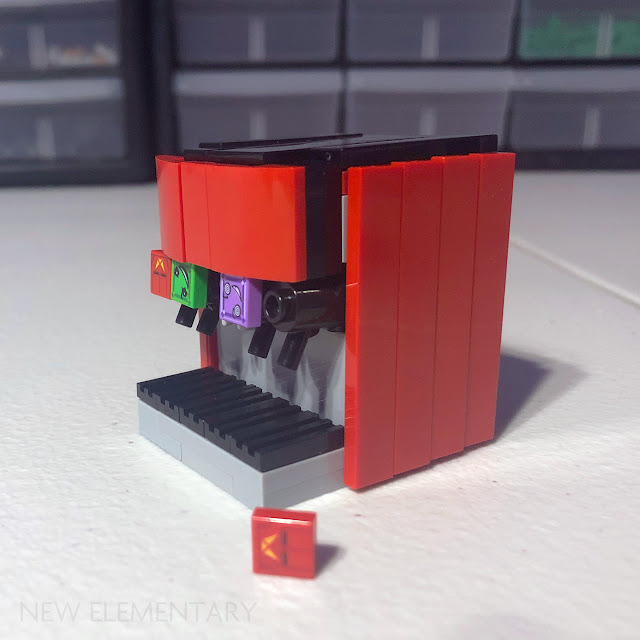 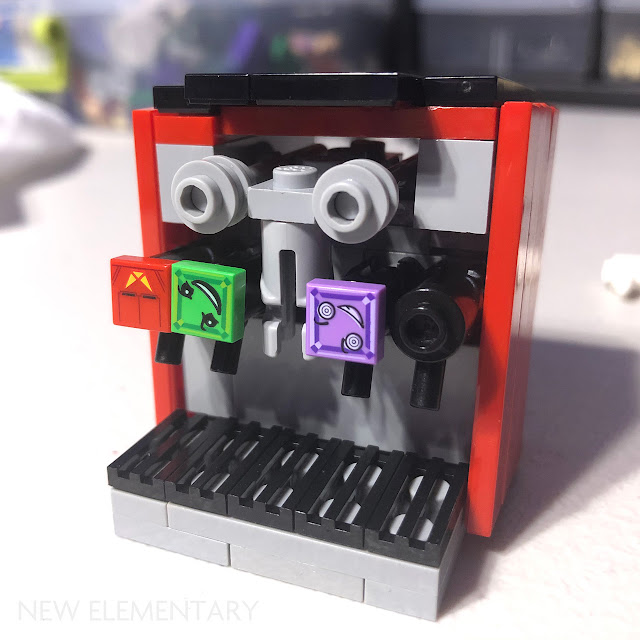 I even rotated a gray stud shooter to use as the ice dispenser, with the hollowed out section visible.
The iced tea dispenser, however, definitely has to be the bane of all purists. Since the stud shooter has an odd width, I struggled for a while figuring out how to make a shape with it that is similar to 2x2 round plates.

The solution I eventually came up with was to wedge the open part of the stud shooter onto a 3L bar and then use the friction to hold in 1x2 bow slopes, which rounded it out fairly well. 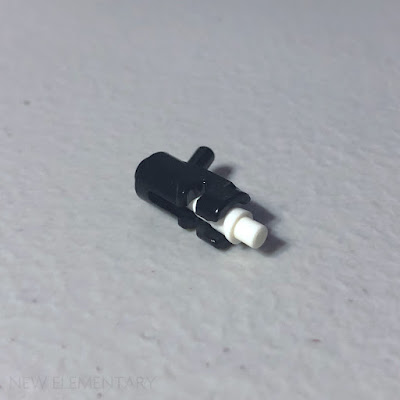 My favorite technique that I discovered during the build had to be the cup lid dispenser; a connection I found by accident. In a parts bin as I was sorting, I had found a unicorn horn wedged into the opening of the stud shooter and it provided an excellent match for the scale of the model.
I experimented with this connection a little farther and even came up with this adorable chibi knight! 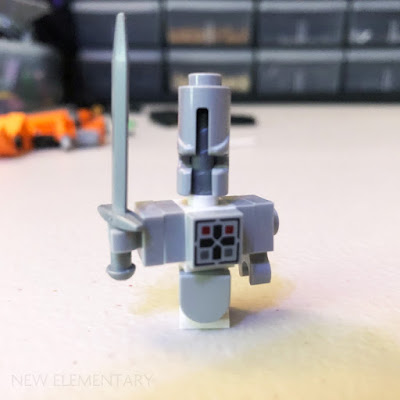 All images are © Bryce Dempsey.
Admin: Tim Johnson Posted on 5/23/2020 09:42:00 am
Email ThisBlogThis!Share to TwitterShare to FacebookShare to Pinterest
Labels: Community, Technique