We've been asking the Forge competitors from Iron Builder to highlight the techniques they've used each week with the seed parts. In Round 3 last week the element they all had to use was Design ID 15391, known as the "Minifigure, Weapon Gun, Mini Blaster / Shooter" on BrickLink, "Mini Shooter With Ø3.2 Shaft" on Brickset and "Weapon Gun / Blaster / Shooter Mini" on Rebrickable. Since being introduced in 2014 it has appeared in six colours. Given many would consider this a "specialised element that can only be used for one thing", it was a great choice of seed part by the Iron Builder admin!
Miro78: I found an interesting 'non-connection' with the stud shooters during my Round 3 builds, in the build Zorro where I included some furniture. 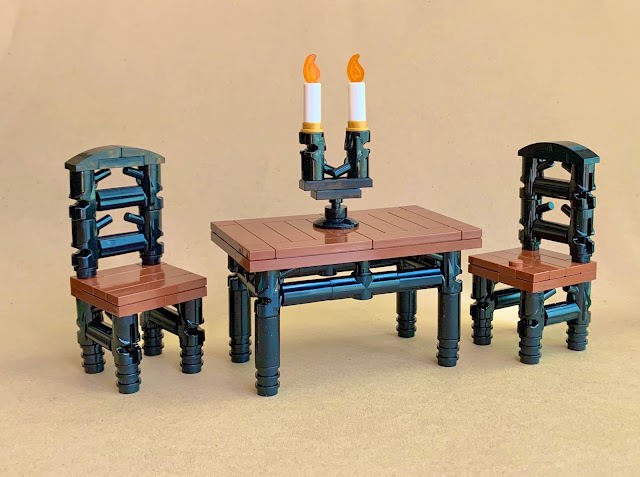 The chair legs and back as well as the table use a technique where a Technic connector can be wedged between two stud shooters if the stud shooters are pointed in this configuration. 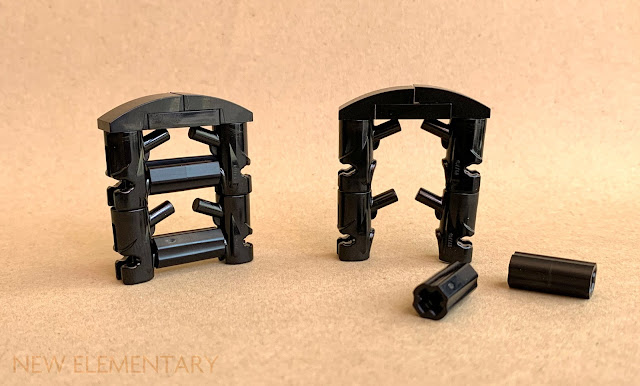 They are supported by the bottom part of the barrel that sticks out slightly. There is no real connection, but the geometry allows it.
LittleJohn: You can fit a tile in the front of the barrel, like I did for the axe in my Weapon of Choice build with 4x4 curved tiles: 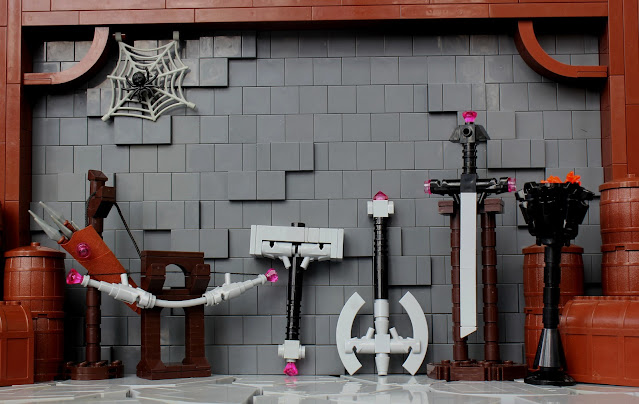 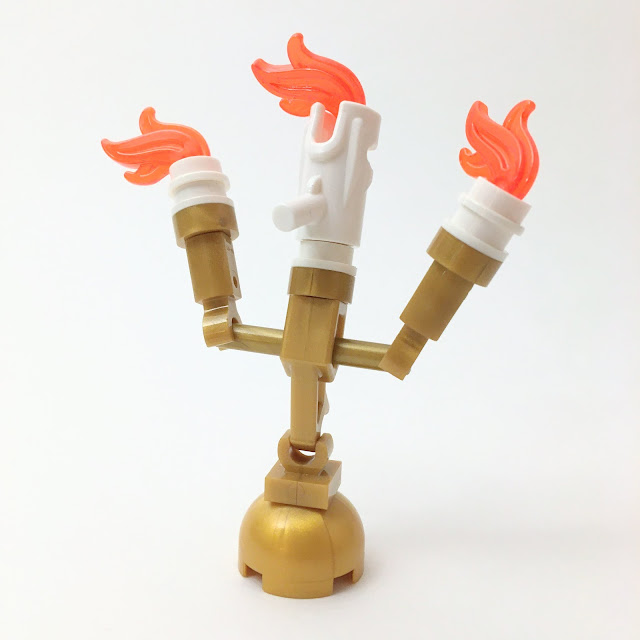 Vaionaut: I also kind of jammed a few things rather than connecting them properly, like the top tube of the bike: 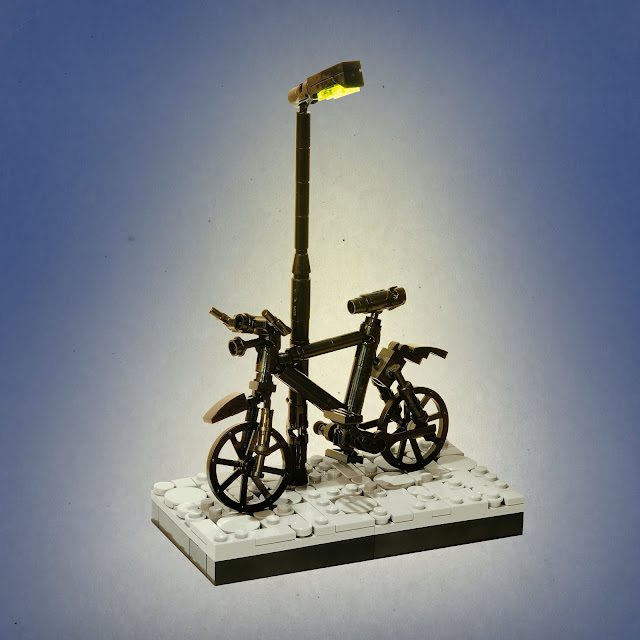 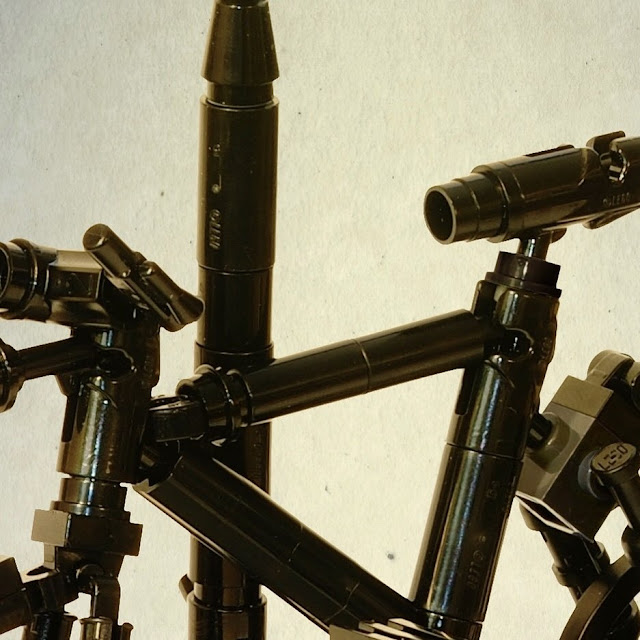 PaulvilleMOCs: I jammed a tooth into it, to hold on the Nexo shoulder joint piece on my Kitchenaid mixer: 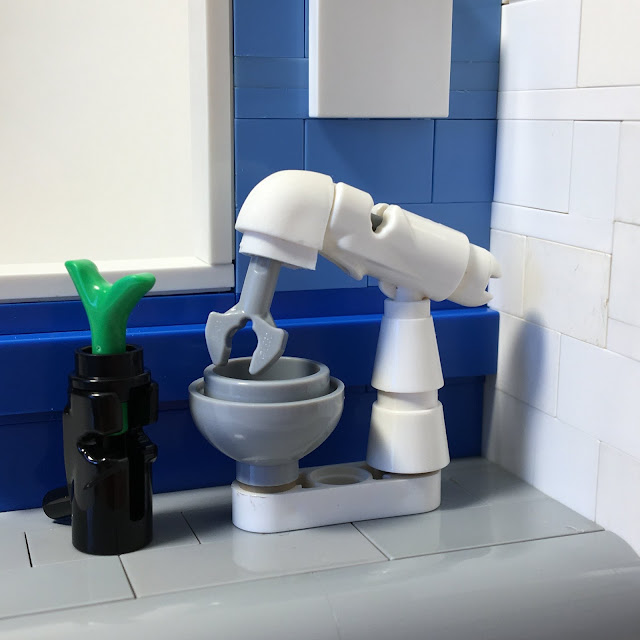 PaulvilleMOCs: You can also shove a bar though the top of the stud shooter and line it up with the angle of the handle to make it look like the bar is going straight though it, I used that on my S’mores model: 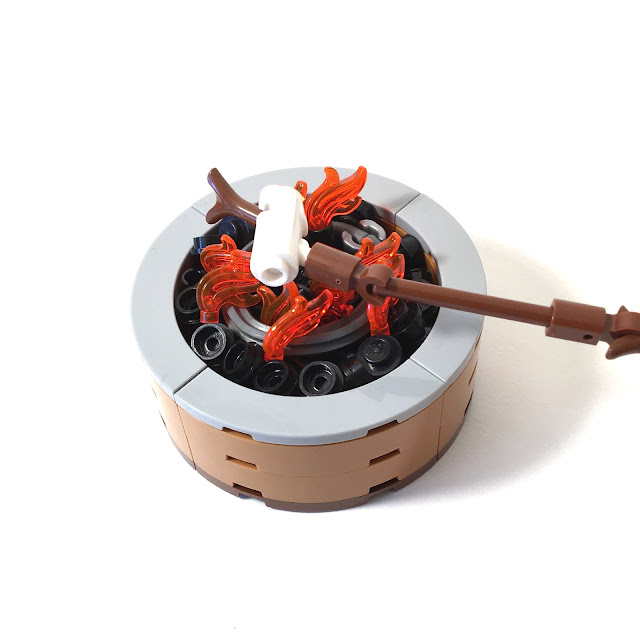 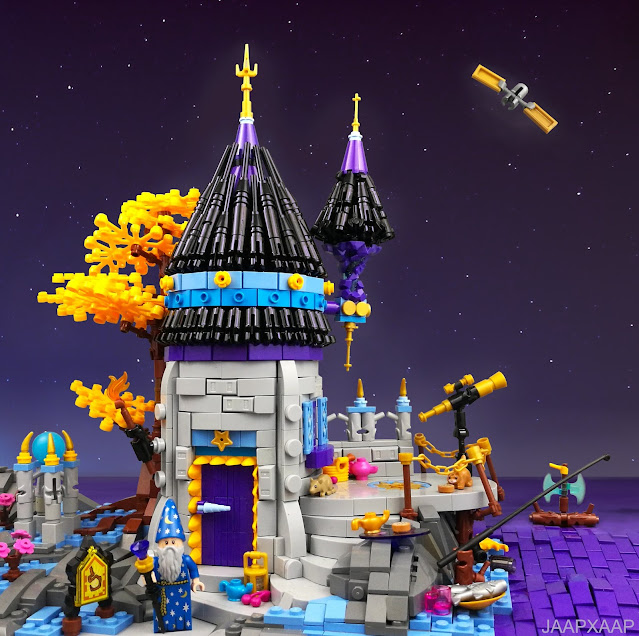 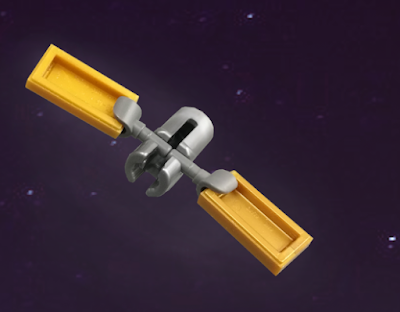 PaulvilleMOCs: I used the minifigure hands like that on the cow shoulders as well, on my billboard: 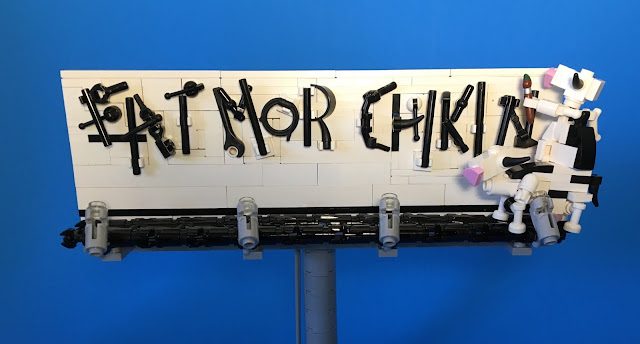 I found that you can create a nice triangular lattice design with two rows of Stud Shooters. I used that for the platform.

READ MORE: See what Thomas Jenkins did with the same piece

All images are © of the attributed builders.
Posted by: Admin Posted on 5/21/2020 01:12:00 pm
Email ThisBlogThis!Share to TwitterShare to FacebookShare to Pinterest
Labels: Community, Technique