Here is the second batch of LEGO® models built by New Elementary readers (see the first here) where we asked you to imagine how LEGO designer and AFOL Mark Stafford might kill off this colour now it is back in the LEGO palette once more. We reveal the winners next week - which would you like to win from this bunch? 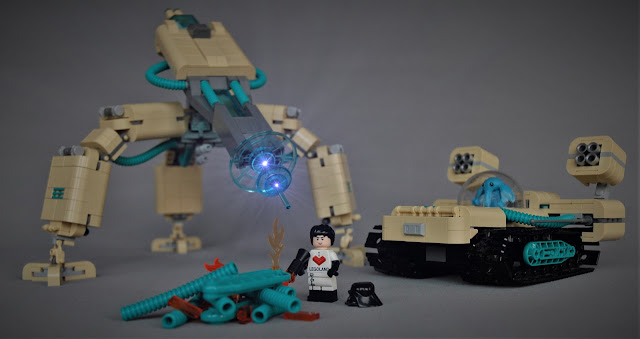 Decided to go in a little different direction with this entry. Instead of Mr. Stafford having another go at killing teal as he pleases, I figured there had to be some resistance this time around. So as Mr. Stafford goes about killing teal all over again, figuring no one will be the wiser, a few brave souls decide they have something to say about that.

*disclaimer: this in no way endorses the use of violence, alien or other, to prevent Mr. Stafford from killing teal again ;) 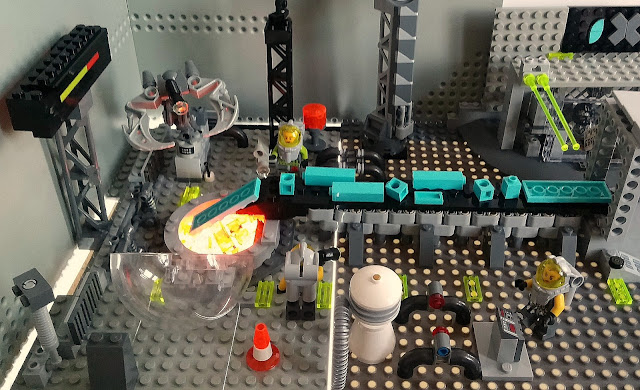 Truth has no color! Truth needs no color! Brethen, let us end all doubtfulness, uncertainty of meaning or intention! Let the end of color be the clear path to purpose and truth eternal! 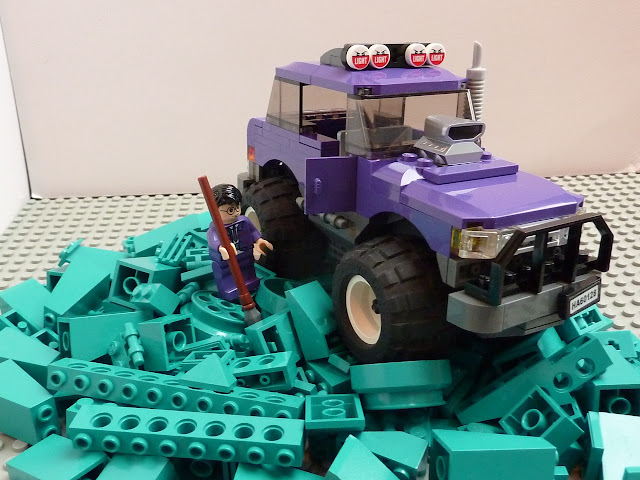 Searching for something involving a car, simply dropping a pile of teal part and having a big offroad vehicle running over it seemed a good choice. The color choice for the vehicle seemed obvious... 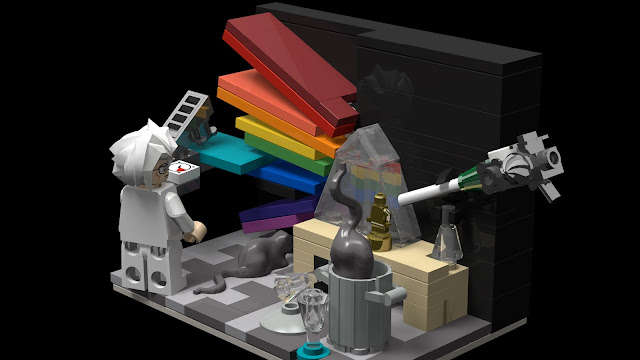 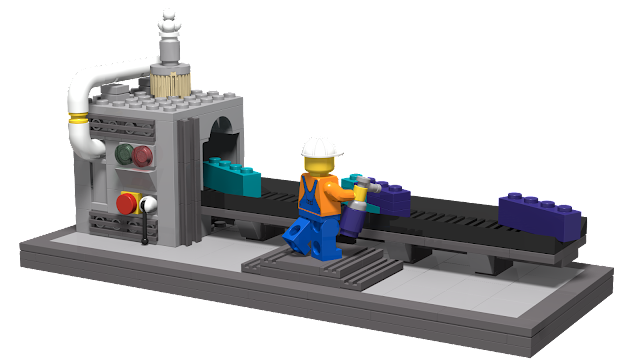 Purple is the new Teal

It is known that choosing Teal would have had Purple discontinued, and vice versa 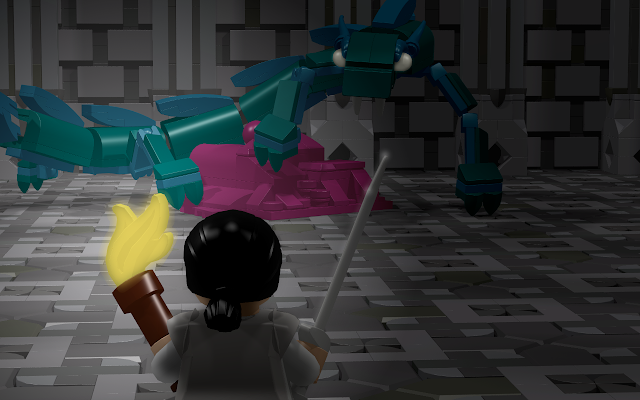 By Gabe (aka Bfahome)

His heart knew no anger as he faced down the wretched beast, its blind eyes shining dimly in the light. He felt only pity, that this creature had to meet such an end. Gathered at its feet were the spoils of its mad crusade, the treasure of his people. Without it they were lost. But the beast would not willingly part with its hoard. He gripped his sword tightly and steeled himself.

He knew what must be done. 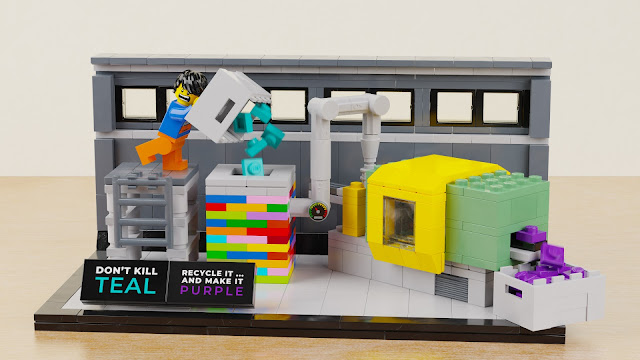 Don't kill teal! Recycle it... and make it purple!

After Mark Stafford Killed Teal, TLG decided not to throw away all those pricey bricks, but the workers in the LEGO factory started to recycle them instead.

Well, no that isn't true, but I need to write a description for my MOC, so I came up with this story. So in this picture,the minifig is pouring teal bricks into a mystic recycler machine, then the recycled material goes into the moulding machine, where the new purple bricks are being made, because Mark picked purple when he needed to choose. Crush it with a tank!

Kill teal by running over it with a tank! 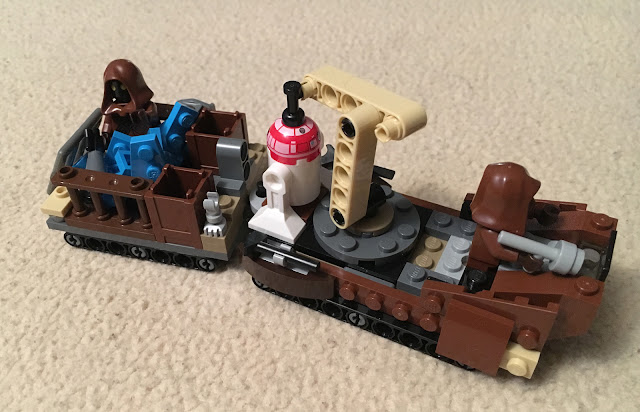 Sell it to junk scavengers!

Kill teal by selling it all to Jawas who will take it out into the desert!

READ MORE: The next 11 entries in the competition are here 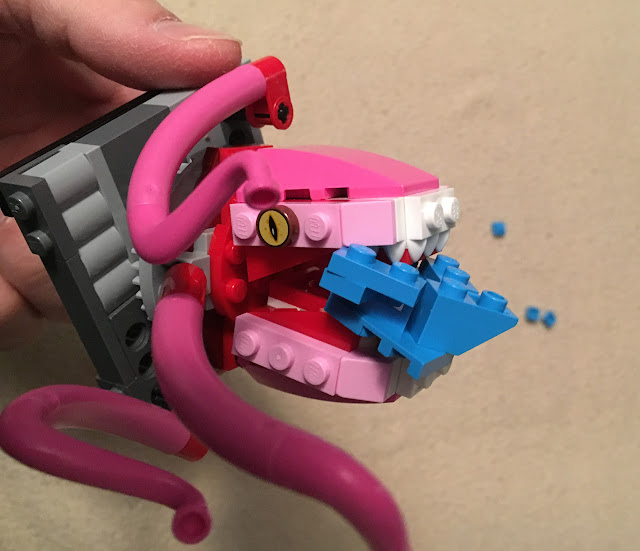 Kill teal by feeding it to an Abelisk!

How better to kill teal than by feeding it all to a trans-dimensional monster!


Funny LEGO models that answer the question: how could teal-coloured LEGO be killed off?

Prizes in this competition are kindly provided by the LEGO Group. All content represents the opinions of the competition entrants or New Elementary authors, and not the LEGO Group. All text and images are the copyright of the entrant named below the image.
Posted by: Admin Posted on 2/28/2018 05:58:00 am
Email ThisBlogThis!Share to TwitterShare to FacebookShare to Pinterest
Labels: Community