January 1st saw the release of LEGO® Creator Expert 10260 Downtown Diner.  The annual release of the next Modular Building is always a highly anticipated event, and this year’s offering is certainly an eye-catching model based on first appearances.

This first part of the review will focus on the comeback colour.  Yes, that famous LEGO colour known as Teal [[LDraw and Peeron] / Bright Bluish Green [TLG] / Dark Turquoise [BL] has arisen from its untimely death by the hands of Mark Stafford back in 2006.

Without further ado, let’s dive into the beautiful Bright Bluish Green water and bathe in the lush Teal bricks supplied in Downtown Diner. 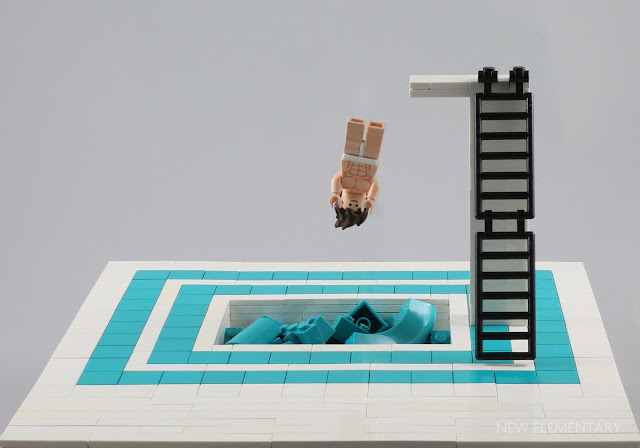 In total, 105 Teal pieces are supplied with the set, spread across 11 different elements. 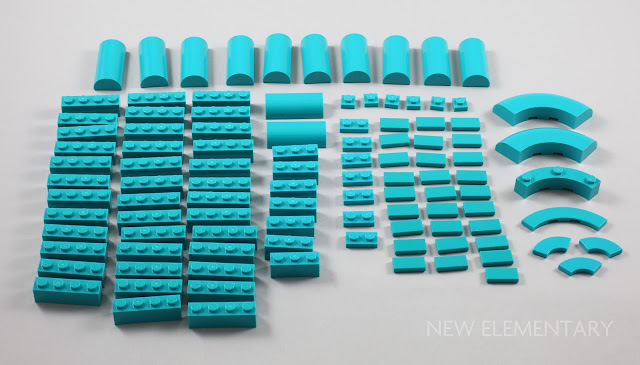 Bringing back a retired colour or changing a colour can be fraught with difficulties.  I won’t linger too long on the Old and New Grey debacle in 2004 when some half-finished MOCs could no longer be completed in the yellow-tinged greys of old when the newer blue-tinged greys arrived.  Dark Red to New Dark Red was another casualty of colour change. 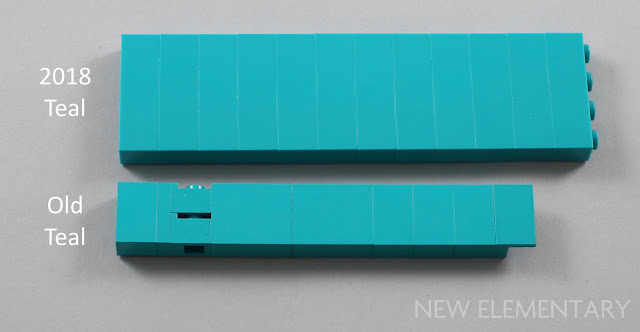 Upon comparing Teal bricks produced pre-2006 with 2018, I was both impressed and happy to see that apart from my bricks looking a little older, there was NO DIFFERENCE in colour. 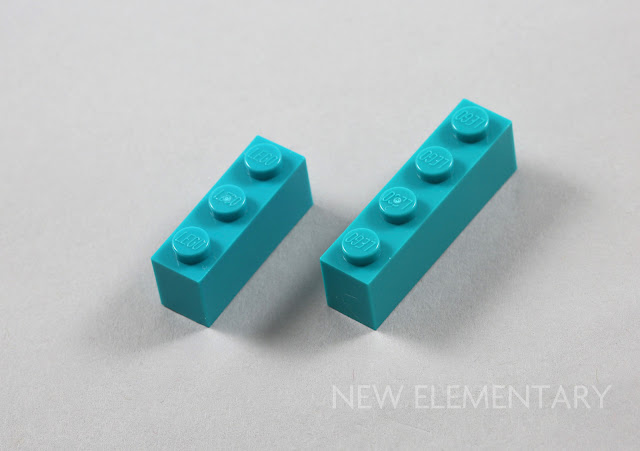 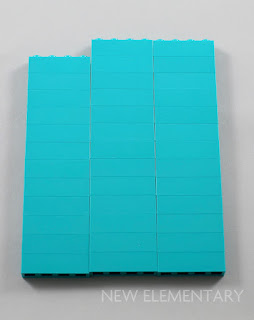 Indeed, it was also good to see uniformity of the Teal colour when the 38 1x4 bricks were stacked together.  Although some of the lighter LEGO colours are more prone to a lack of uniformity (I’m looking at you, Sand Green), there is something aesthetically pleasing about stacks of Teal all matching in tone. 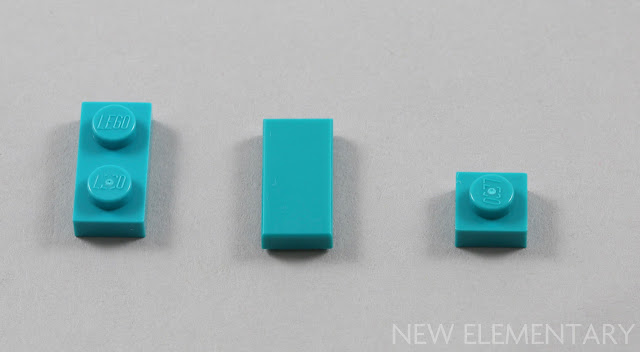 
Curved slopes and bows in Teal from Downtown Diner 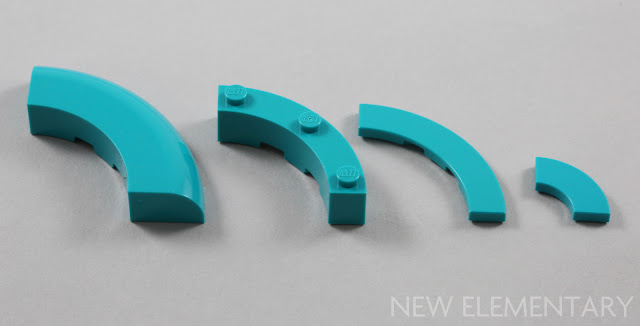 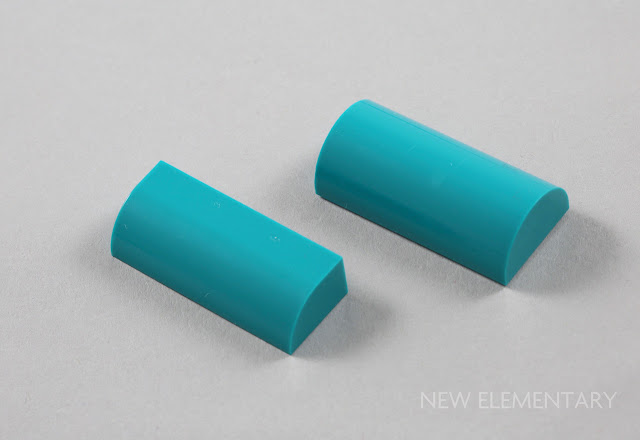 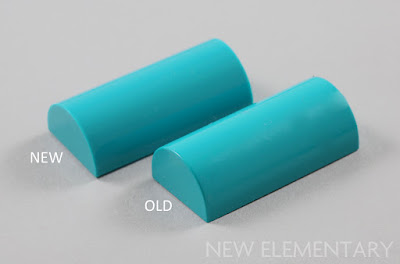 I have a Bowed Roof Ridge 2X4X1 from 2001 in new condition in my possession and it really is impossible to tell which dates from 2001 and which from 2018 when placed beside each other.

I hope you have enjoyed this Teal-icious appetiser; next time we’ll take a closer look at  all the other new elements in LEGO Creator Expert 10260 Downtown Diner.

I am very happy to see the return of this beautiful colour and look forward to seeing more Zombie Teal elements appear in sets. 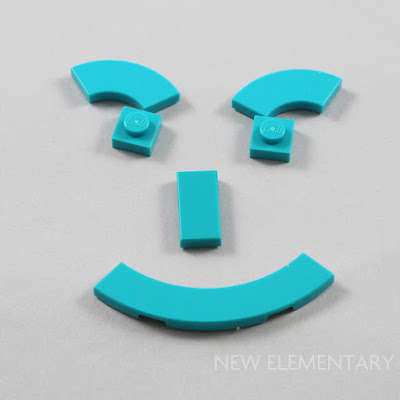 READ MORE: Carry on to part 2 of Elspeth's review - other colours of new parts!

Products mentioned in this post were kindly supplied by the LEGO Group. All content represents the opinions of New Elementary authors and not the LEGO Group. All text and images are © New Elementary unless otherwise attributed.
Admin: Tim Johnson Posted on 2/01/2018 03:20:00 pm
Email ThisBlogThis!Share to TwitterShare to FacebookShare to Pinterest
Labels: Colour, Creator Expert, Modular, Set review