With the surprise re-release of the LEGO® Taj Mahal, fans have been wondering why The LEGO Group settled on this particular classic set, and whether anything has been changed. Sven Franic is here to shed some light on a set containing no new elements or techniques. The 5,923-piece set is now available priced £299.99 / US$369.99 / 329.99€.

What I love most about the Creator Expert theme’s “Landmark” series, or Sculptures as they used to be called back in 2008 when 10189 Taj Mahal was first released, is that they include a low number of lots and very high brick counts. This is great for amassing substantial quantities of bricks of the same type by buying just one copy of the set. This is simply a symptom of a very large and intricate model, but this type of inventory also probably played a major role in the decision to bring it out of the vault after nine years, despite all the conspiracy theories running wild over the internet about what was behind this move.  To understand why, we have to go back in time for a second. 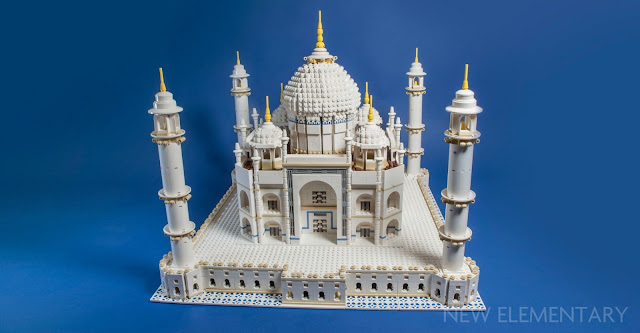 Back in the late 'nineties, the company was facing some tough times which led to a re-structuring. A significant part of this was keeping better track of elements and colours produced at any single time and evaluating their cost effectiveness. This resulted in cutting the inventory of about 12,000 different elements by approximately half.

"Taj Mahal was economical in the production sense. It's important to understand this for all those hoping this re-release is the start of a pattern"

They still use a derivative of that system, and although the inventory and capacity has been ever-expanding since the early 2000s, it is kept limited to what is considered cost-effective for that year. This means a piece that was used in a set in 2015 might not be available to set designers in 2018. Depending on how persuasively designers pull their bosses' sleeves and the importance of the project, some pieces can be brought back into production.

However, not all elements can be brought back. Sometimes a new standard was set since their retirement and they no longer fit the requirements. These standards can be changed for a number of reasons, from toy safety regulations, susceptibility to wear and tear, or simply because a newer element was designed with more versatility in mind. If an element can’t physically be adapted to a newer standard, the piece is no longer produced unless it is made as a Q-part for Legoland parks. A lot of large sets from the 2008 era, like the first Modular building 10182 Café Corner, use what would now be considered Q-parts. 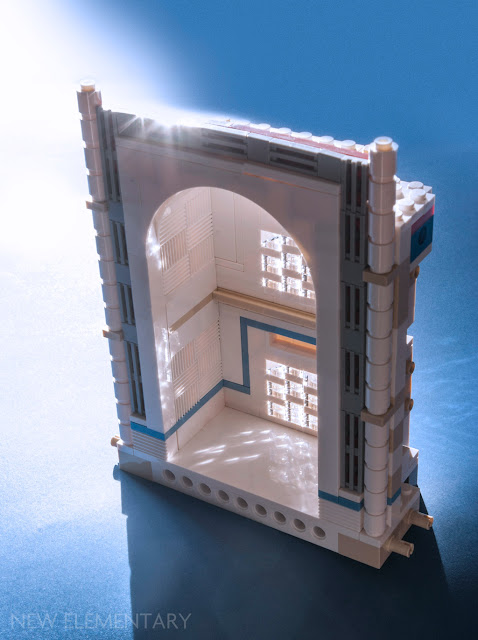 The Taj Mahal, unlike most other retired sets, was economical in the production sense. It is very important to understand this for all those hoping that this re-release is the beginning of a pattern rather than a coincidental exception.

All the pieces in the set are still currently in production or have updated mould alternatives which don’t interfere with the build. The low lot count is more cost effective to pack and produce and, apart from updating the instructions, no designers had to devote time to developing and testing a new set.

Until recently, 10189 Taj Mahal was the largest LEGO set ever produced, a title it held for almost 10 years which was enough time to grow a new generation of AFOLs who also want an opportunity to own the most amazing, largest thing ever from LEGO. 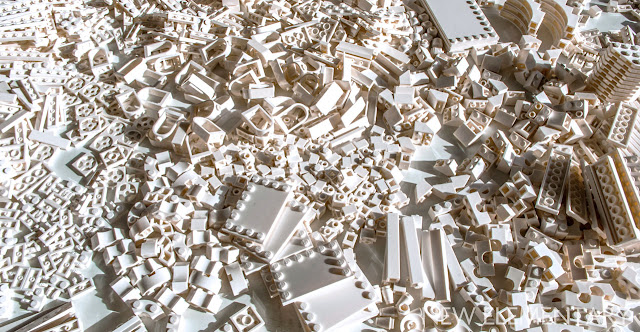 Sculpture was an appropriate name for this theme. Parts of the set, like the large rounded dome, are built in a similar way to that which Legoland shop designers and LEGO Certified Professionals build large sculptures for display. It is the closest you can get to buying a set that resembles a downscaled version of the amazing buildings millions of people pay to see at Legoland parks every year. The Creator Expert “Landmark” series makes it possible to have a part of this in your very own home... assuming you have the space to display it. 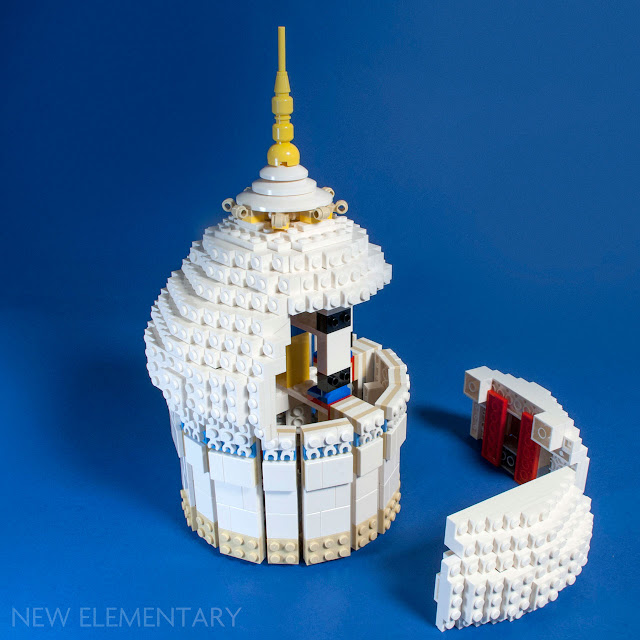 The six 16x32 Bright Blue [TLG] / Blue [BL] baseplates are no real indication of the set’s size, as they are merely used to surround the central structure. The set uses a footprint of 64 x 64 studs, or the equivalent surface size of four standard Modular buildings.

Sets like the Taj Mahal put the final aesthetics first. This means the building experience is likely to suffer from repetitiveness. Large parts of the build often repeat themselves four times and this occurs throughout the duration of the build. It would be an understatement to call them mini-builds since most of them use more pieces than you would find in an average-sized set. To use that to your advantage, this gives you the opportunity to share the building experience with one or more other people – something that normally demands taking turns, and a lot of patience. 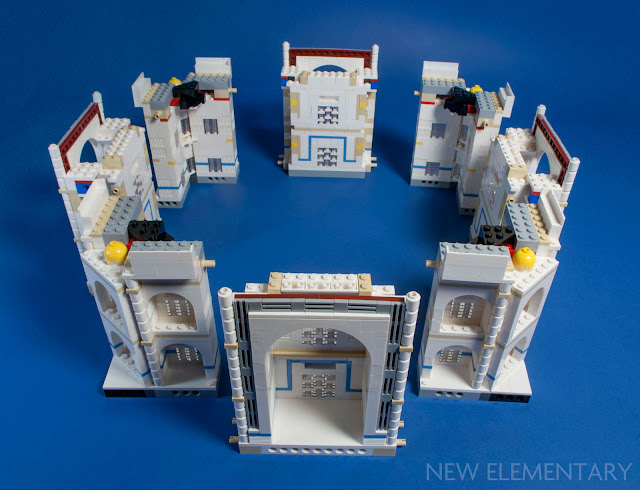 Considering that many new parts have been released since the set was designed, I was constantly on the lookout for outdated techniques that could be done better today. But, apart from the odd 1x3 tile or 1x3 panel which might have contributed more to the set’s structural integrity than anything visual, I couldn’t really find anything to point to.  Something that I feel is more encouraged in set designs today is covering studded surfaces with tiles or slopes to make them appear smoother and more realistic. This comes at the cost of losing that classic, distinguishable LEGO appearance which is still present in this model. While all the building techniques used in the set are regarded as standard today, considering the limitations of the element choices in 2008, it was moderately advanced for its time. The use of chain-linked swivel base hinges to form rounded walls was a common technique employed by Jamie Berard in Creator Expert sets of the time. 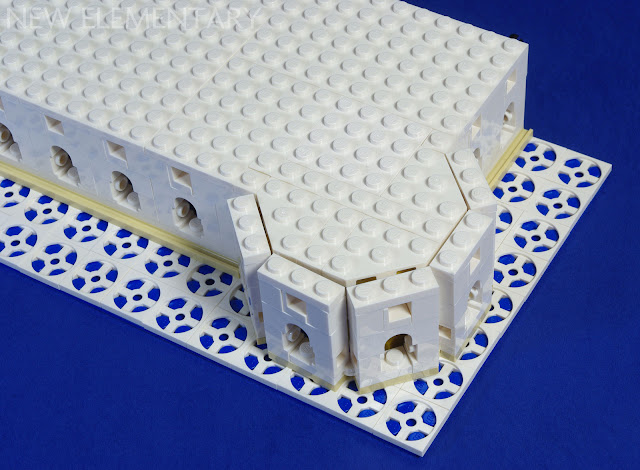 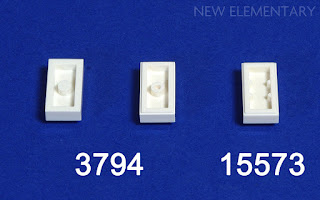 The re-released version of the set uses updated moulds for parts that have been revised in the last decade.

Jumpers (Design IDs 3794 and 15573) changed the mould three times since the original design, first adding a lip to the bottom edge and then adding jumper functionality to the anti-studs underneath. 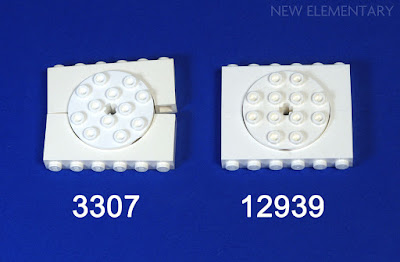 The 1x6x2 arches (3307, 12939 and 15254) are also in their third version since the original set was released. Their final revision adapted the internal radius to better fit into the LEGO System and collaborate with other round pieces. (Read more about the changes to LEGO arches.)

Other parts have minor changes, for example going from open studs to solid studs or adding reinforcements and rounding off panel edges.  None of these changes affect the build and are not visible in the final model.

Parts-wise, the set is an enormous selection of mostly white elements in a large variety of sizes. 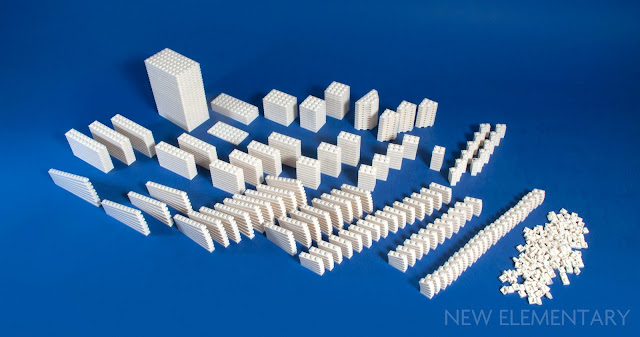 If you own the 21050 Architecture Studio, the Taj Mahal could be considered the ultimate add-on pack or even a complete substitution if you really want to upscale your architecture scribbles.

The only thing missing from the selection are slopes and some of the more modern tile shapes and sizes.

The Taj Mahal defies the incredible evolution of elements introduced in the last decade by stubbornly maintaining its ability to arouse admiration by using what most of us today consider traditional LEGO pieces. While the build can be a bit monotonous and repetitive for the impatient builder used to the discovery of new elements and colours, it was a fun blast from the past. I wouldn’t regret for a moment building one of the most iconic sets of an aspiring era in the world of large LEGO sets.

Products mentioned in this post were kindly supplied by the LEGO® Group. All content represents the opinions of New Elementary authors and not the LEGO Group.
Posted by: Admin Posted on 12/04/2017 05:13:00 am
Email ThisBlogThis!Share to TwitterShare to FacebookShare to Pinterest
Labels: Creator Expert