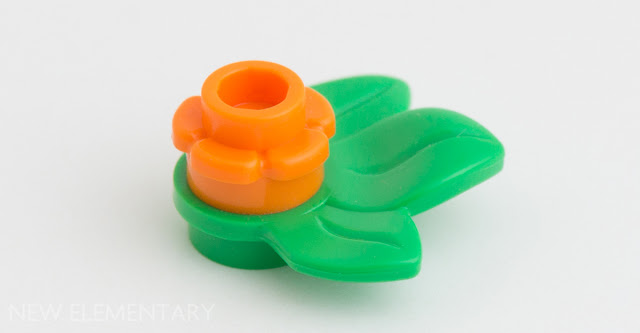 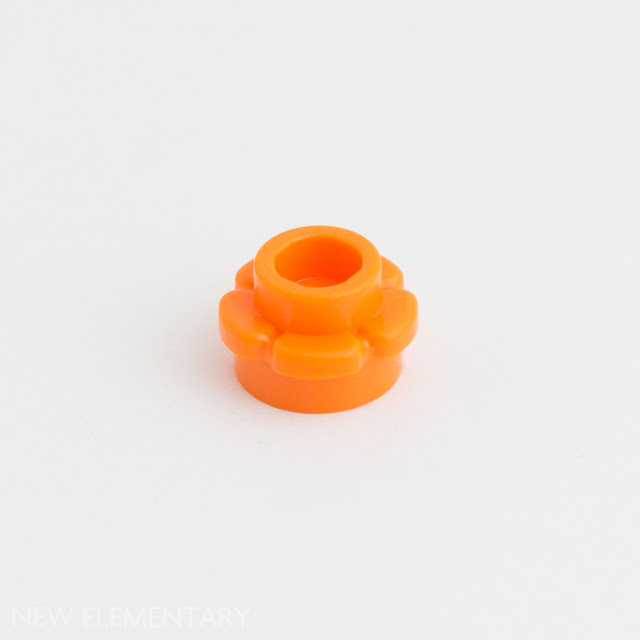 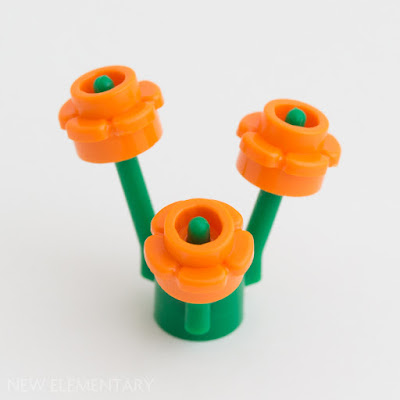 That said, Flower 1x1’s five tiny petals encircling the plate make it look much more like a flower. The plate is also perfectly round and the same diameter as Plate, Round 1X1 (6141). 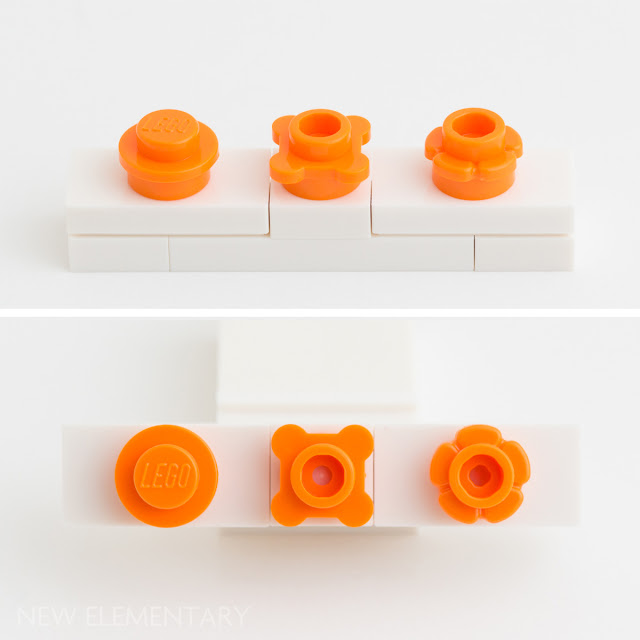 So why the change, aside from the improved aesthetics? I suspect the square footprint of the Bracelet Upper Part has always been its Achilles’ Heel. If you place two next to each other against a wall or window, they must be parallel. Even without a bordering wall you can’t place two together at significantly offset angles; as you approach 45°, they collide. In contrast, Flower 1x1 has a circular footprint and will be unburdened by the jutting petals that have constrained its predecessor. 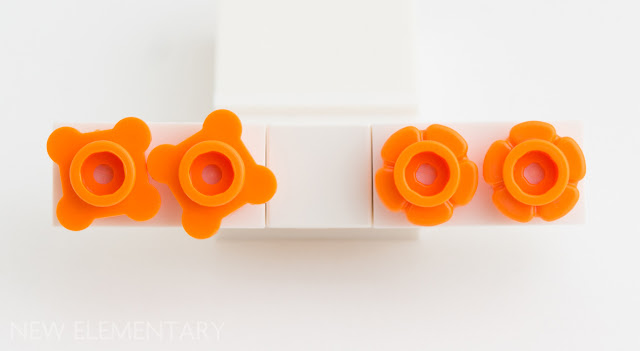 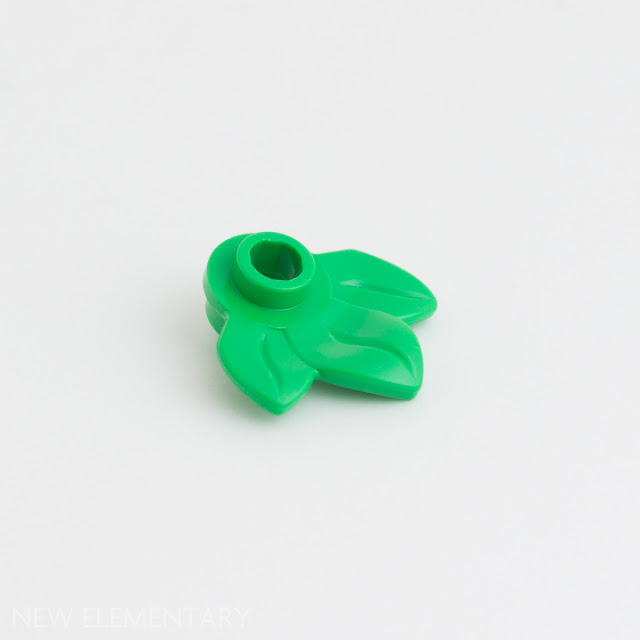 Accompanying the new flower element is a three-leaf stud in Bright Green. It has a footprint that’s slightly less than 2x2 and, accordingly, the leaf elements do not extend beyond 90°.

The leaf cluster is wonderfully designed, flowing up and over neighbouring studs. 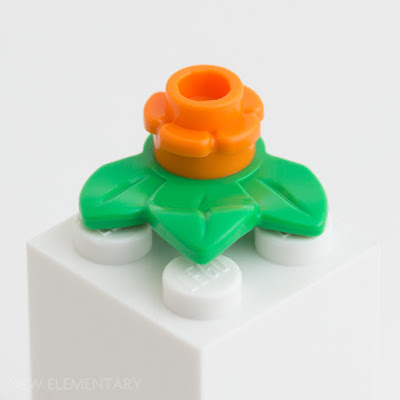 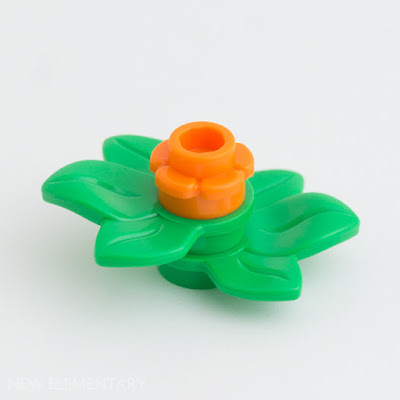 Also worth noting is that Plant, W/Plate 1X1, No. 1 has a hole through the stud that will accommodate any 3.18mm bar/shaft. This lets you to place the leaf element on a bar to both solidify the connection and place flower clusters in places where there’s no available stud.


Planting for the Future

It’s exciting to see that Flower 1X1 is being released in so many colours so quickly; hopefully we’ll also see the leaf cluster in other greens by the year’s end!


READ MORE: Did LEGO choose the Taj Mahal for re-release because of its inventory?

Products mentioned in this post were kindly supplied by the LEGO® Group. All content represents the opinions of New Elementary authors and not the LEGO Group.
Admin: Tim Johnson Posted on 12/11/2017 07:44:00 am
Email ThisBlogThis!Share to TwitterShare to FacebookShare to Pinterest