Kev Levell (@kevlevell) creates his own models inspired by LEGO® NINJAGO 71736 Boulder Blaster after examining all its new and interesting parts. Buying this set? Consider using our affiliate links, New Elementary may get a commission: USA LEGO Shop | Australia LEGO Shop | UK LEGO Shop/for Europe 'Change region'. Products in this article were provided by LEGO; the author's opinions are their own. 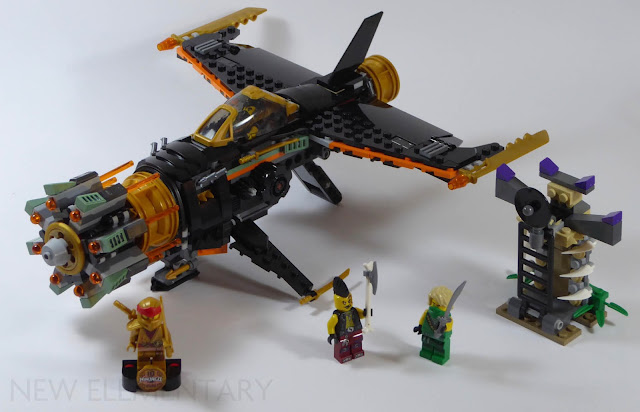 Released in January 2021 as part of the LEGO® NINJAGO Legacy subtheme, it comes as no real surprise that this update of set 70747 from 2015 uses close to twice as many pieces. 71736 Boulder Blaster is beefed up, improved and generally just more impressive-looking. 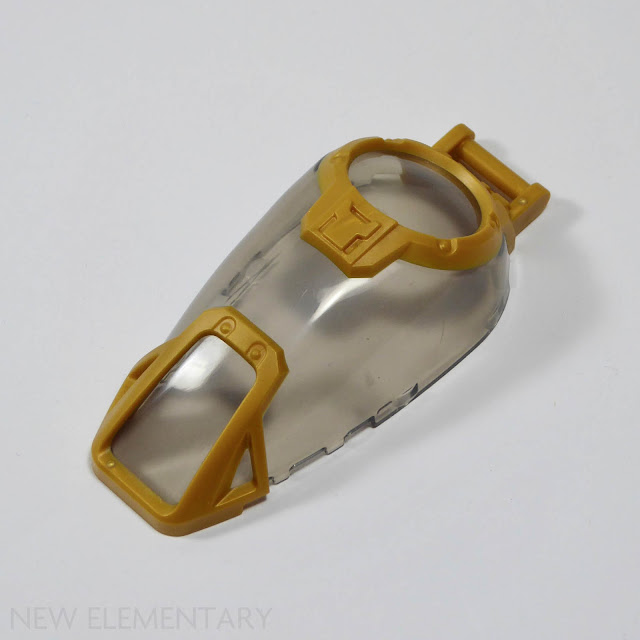 Dual-moulded parts using translucent material have been seen in minifigures (e.g. 19859, 37630, 19023), dragon wings (51342), Ninjago Spinner parts (40923 & 66960) and collectible “tokens” (like 87748 or the more recent 69567), to name a handful. There have been others, but Windscreen in Trans-Black with Pearl Gold Frame Mold (6322113 | 69564) feels like something new, in that it is somewhat larger than a minifigure part and it is not “marbled”, the mouldings are clearly delineated and crisp. This is an interesting development in dual moulding and I’m intrigued to see if there will be other such parts coming in the future. 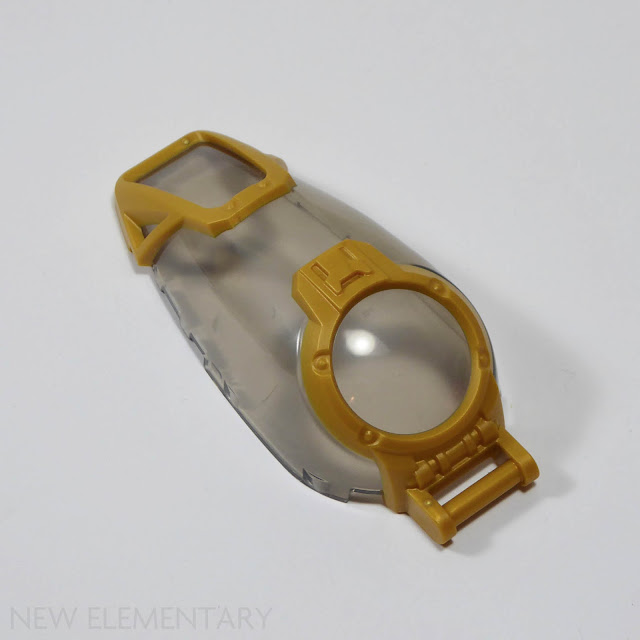 There is just the one attachment point via a standard 3.18 bar and it’s overall dimensions are 4x9 by 2 modules deep.

The set has been out for a while now but the part isn’t listed at LEGO Bricks and Pieces at time of writing, so perhaps never will be available there. The Boulder Blaster appears to be the only appearance so far of the Trans Black variant but this intriguing new dual moulded Pearl Gold element will appear in Trans-light Blue in 7 sets in the NINJAGO sub-theme Seabound. 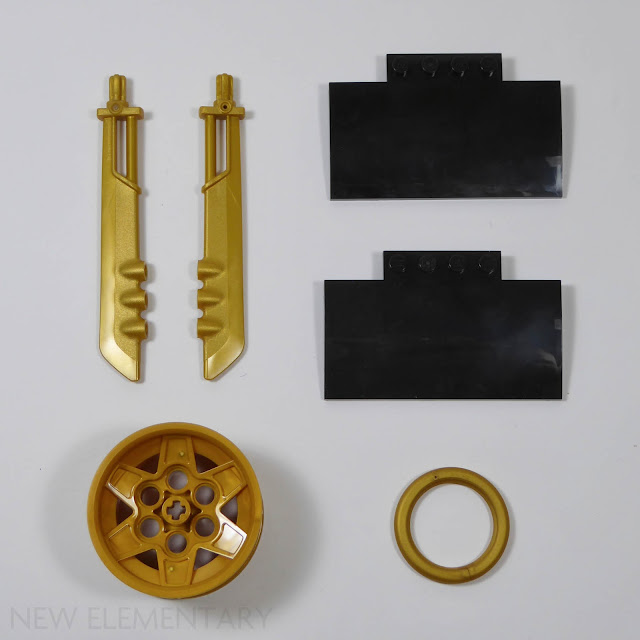 I had “help” with these two MOCs, my son is becoming an avid NINJAGO fan and, it has to be said, pestered me to let him build MOCs with me!

I had begun playing with a couple of the new canopies - I’d sourced another couple from Bricklink, in the hope of creating a deep-sleep suspended animation dream-machine thing akin to the cryogenic hibernation pods in Alien.

Before I dug into my collection to augment the parts available, I had tried to build using only parts available in the Boulder Blaster… that rapidly changed as I started to (predictably) try to create the front of a spaceship. My son took one look at the construction I had, picked it up and said, “this looks cooler this way up!” well, I had to agree, and so just allowed him to free build with the available parts on the build table. 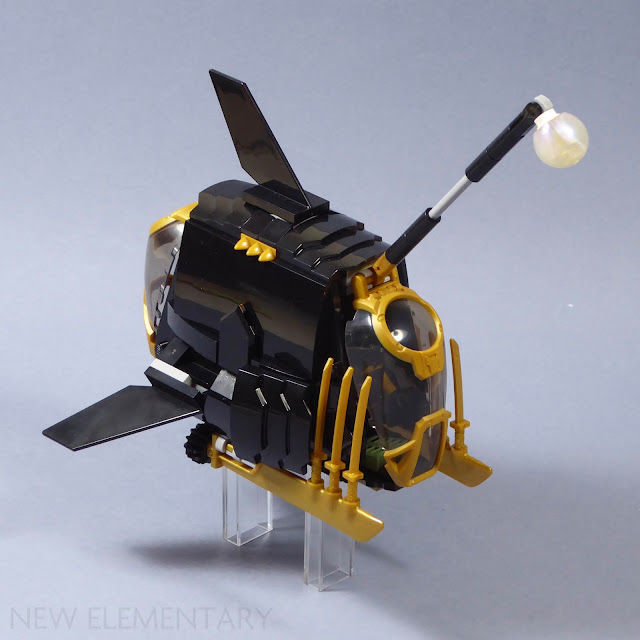 To finish this up, I added the fins and the lantern, reasoning that if the new NINJAGO sets are underwater, why shouldn’t this be too? So, it’s some sort of deep sea sub… 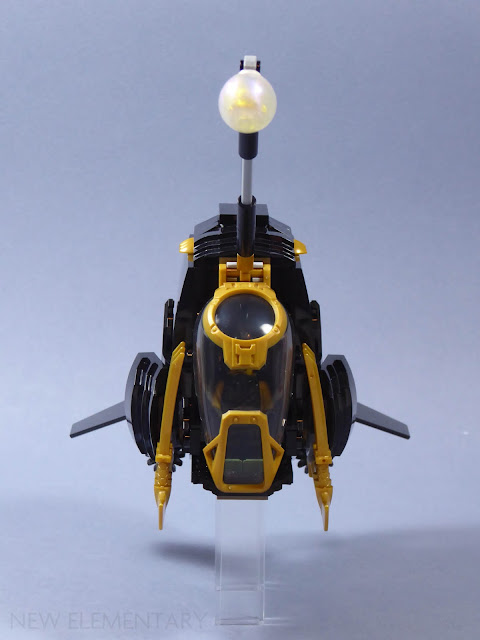 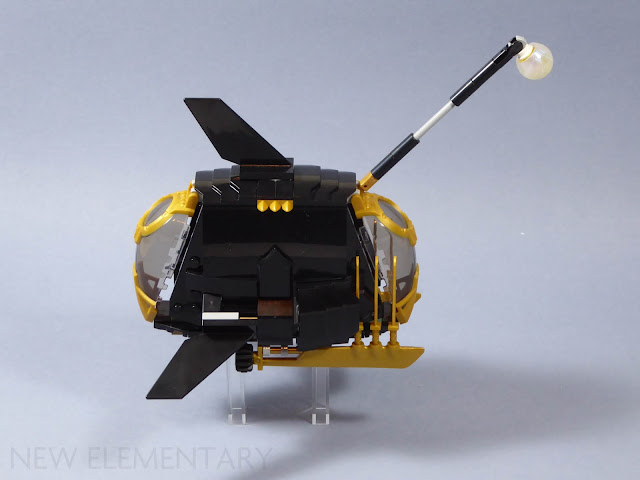 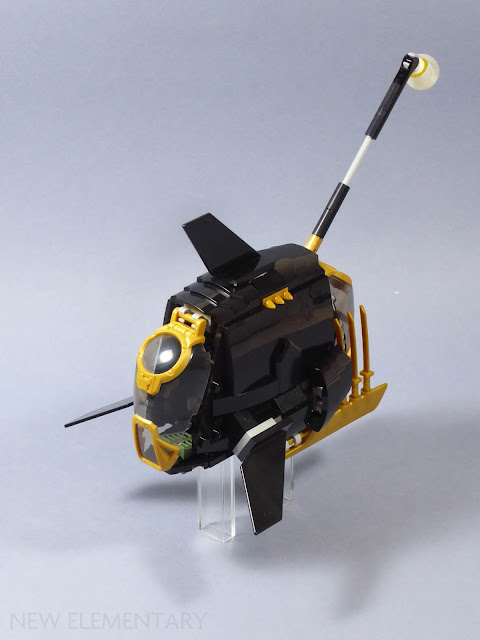 While I was adding to the “Black Angler” my son continued to build and produced a reduced scale ship, very much in the flavour of the Boulder Blaster, I liked it enough to fill in one or two gaps, but essentially this is the model he built. 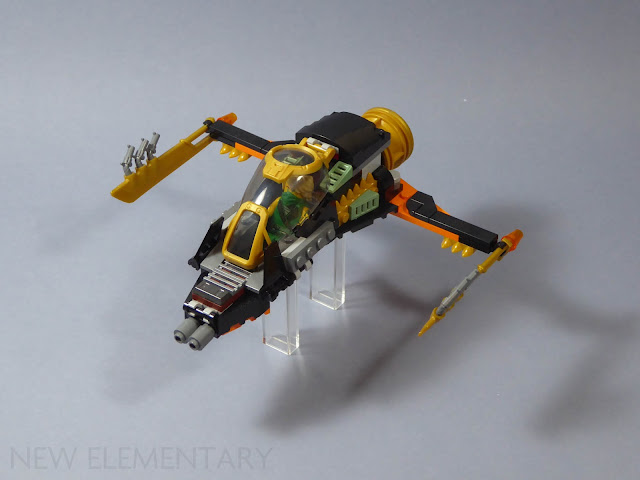 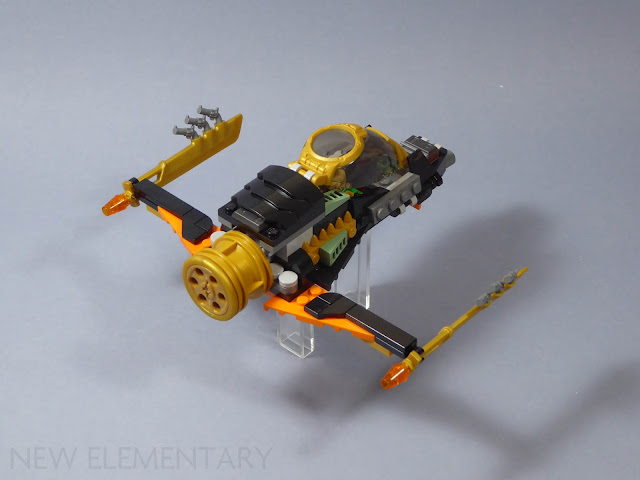 My son and I had serious fun building the Boulder Blaster, there’s some neat techniques used to create the “gatling gun” of spring shooters and some other cool bits of construction along the way too. It’s a very cool, brutal - yet sleek black attack ship. The price seems pretty reasonable too. If I have one criticism, it is that there is not one boulder in sight, a similar accusation can be thrown at the previous version too!

If you are looking for a parts pack or something to inspire new creations, there really is only one piece in this set that is new and different - and that is the dual moulded canopy. Furthermore, this windscreen has limited appeal over existing parts in that it has a very specific look. It also has limited options for usage owing to that single bar attachment point.

I’m not going to recommend the set as being anything other than a cool Ninjago ship, but in many ways that’s enough. If the set is on your wants list already though, please consider following our affiliate links to make your purchase.

Posted by: Admin Posted on 7/26/2021 05:29:00 am
Email ThisBlogThis!Share to TwitterShare to FacebookShare to Pinterest
Labels: MOC, Ninjago