The official announcement of the next LEGO® House set has just occurred in a live online event direct from the LEGO Group’s Billund-based experience centre and museum. 40501 The Wooden Duck is the first in their new range called ‘The LEGO House Limited Editions', celebrating key moments in the company’s history. 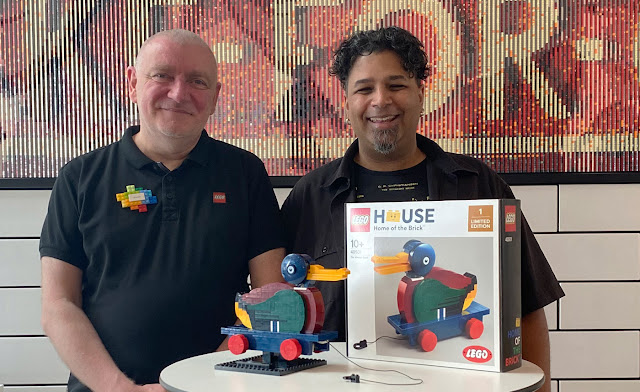 Bu yazinin Türkçe'sini Buka Bricks sayfasinda bulabilirsiniz
It was designed by Stuart Harris, the LEGO House Master Builder and Jme Wheeler who is a fan-turned-designer on the Ninjago team (his first sets will appear this summer). Available from Monday priced 599 DKK, it has 621 pieces, measures 20cm high x 22cm long x 3cm wide (8” x 7” x 1”) and comes with a stand measuring over 13cm (5”) square.  The base has printed tiles with ‘LEGO® House’ and ‘The wooden duck’.

The first three products previously sold were the LEGO House Architecture set, the Tree of Creativity and the LEGO House Dinosaurs. “But it is one thing,” said Senior Communication & PR Manager Trine Nissen who hosted the event, “recreating the iconic models from inside LEGO House and making them into playable LEGO models – but we also felt that, being LEGO House, we really would like to tie into the history of the LEGO Group. And that's why we thought it made a lot of sense for us to create this new series that we call LEGO House Limited Editions. And the first item in that series is the wooden duck.” 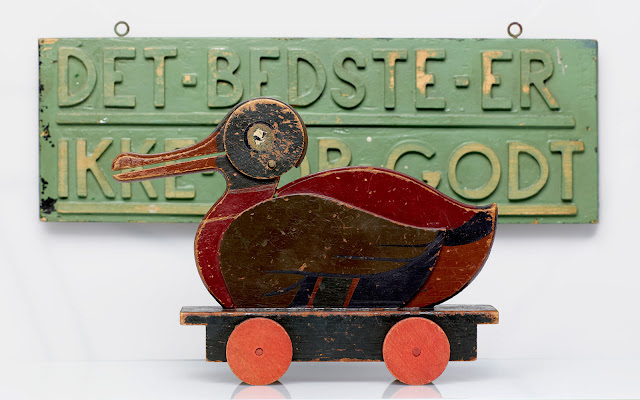 The original wooden duck was chosen as it is one of the most iconic objects in LEGO history. You can find the wooden duck replicated in LEGO bricks many places throughout LEGO House such as the Tree of Creativity. 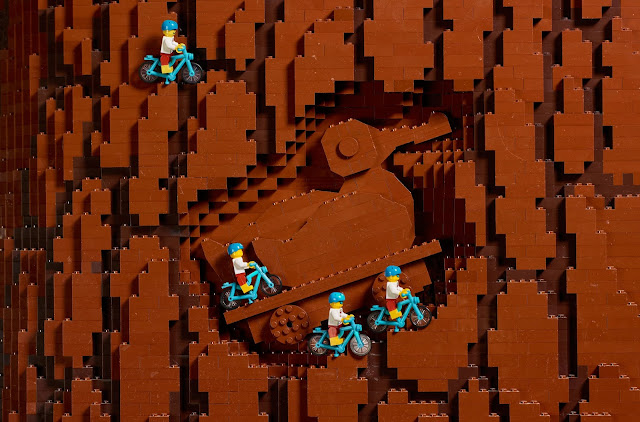 Designed by LEGO founder Ole Kirk Kristiansen in 1935, it was produced until 1960 in various sizes and shapes. “They came in lots of different colours,” explained Corporate Historian, Signe Wiese. “Some of them were hand painted and some of them were spray painted.” The most popular model is the type that has been reproduced in this new set, with a moving beak that opens and closes as the duck is pulled back and forth.

Between 1932 and 1947, the LEGO company solely produced wooden toys. From 1947 onwards they produced both wooden and plastic toys before switching solely to plastic in 1960. 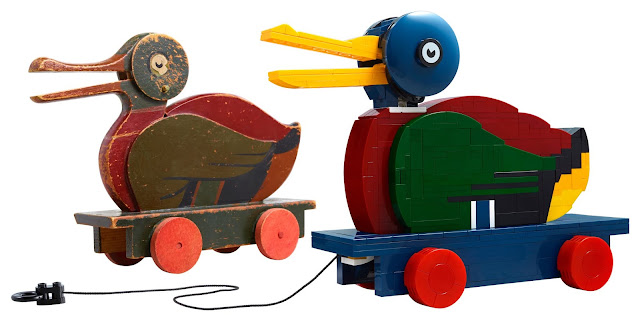 Stuart Harris, who has worked for the company for seventeen years, developed the initial version of this new LEGO duck. “The role of the the concept or the sketch model is to set the tone of voice for it: the scale, the style of the approach, and features that we want to be included,” he explained as he showed us the various prototypes. 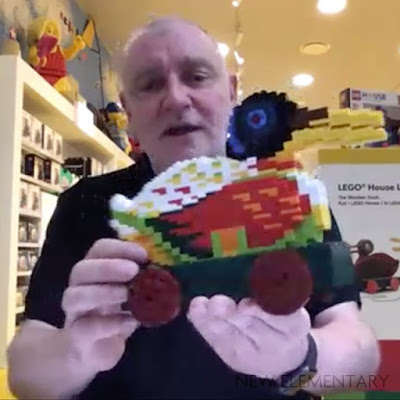 “This was what was shown to me as sort of the briefing point: this was actually a gift model that's been sitting around for many years on a shelf here in the LEGO Group. For me, it was really important to actually go back to the original source, back to the wooden duck itself which, of course, we have here in the basement. I really set about copying it as closely as much as I could.”

“Also, experimenting with different mechanics because what was really a wonderful and fun part about the original wooden duck was the tracking mechanism that was included."

“There were many wooden duck designs over the years, like the very bright, colourful gift model I showed you, but it was the dark red one that is kind of the the iconic one that we use to represent LEGO heritage. So I did a couple of different models and prototypes which we actually took to the family to get approval on this. And this was the one that was selected to move forward with. And that's when the real skill and hard work comes in because this is when I hand it over to my design colleagues, and they mature it and make it a great build and play experience.” 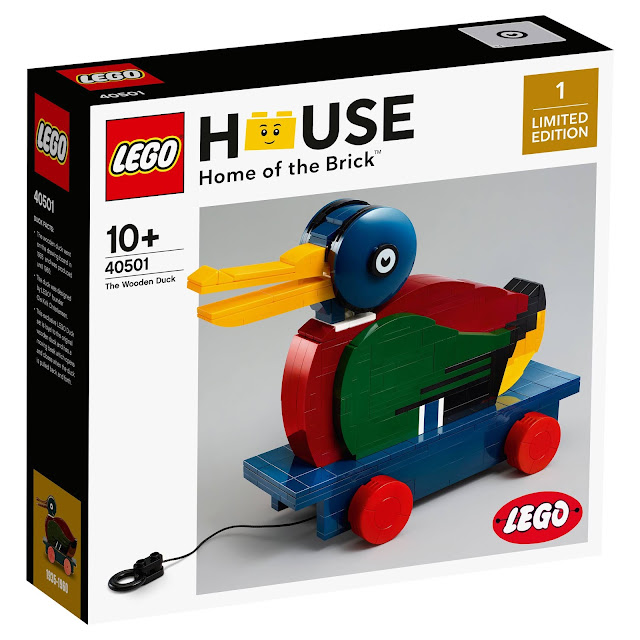 History of the LEGO wooden duck

If you are unfamiliar, here is the story behind the LEGO duck, from the official press release:

More than 100 years ago, 24-year-old Master Carpenter Ole Kirk Kristiansen buys a wood workshop in the tiny town of Billund, Denmark. From the very first toys coming out of Ole Kirk’s workshop, the dedication to quality and functionality is obvious. The design and the carving, sanding, and painting of each piece of toy is done to perfection because Ole Kirk is convinced that children deserve toys of high quality, made of the finest materials, so that they will last for many years of play.

In an interview from 1982, Ole Kirk’s son, Godtfred Kirk, shares the following story about his father’s focus on quality:

Working in his father’s workshop as a boy, Godtfred Kirk is laying the finishing touches on a consignment of wooden LEGO ducks. This means applying coats of varnish, and finally bringing the boxes with the finished toy ducks to the train station for dispatch. Back at the workshop, Godtfred proudly announces to his father that he has done something really clever and saved the company money.

“How did you manage that?” asks Ole Kirk.
“I gave the ducks just two coats of varnish, not three as we usually do,” is Godtfred Kirk’s answer.
Back comes his father’s prompt response:
“You will immediately fetch those ducks back, give them the last coat of varnish, pack them and return them to the station! And you will do it on your own – even if it takes you all night!”
“That taught me a lesson about quality,”

Godtfred Kirk recalls and continues to explain how he then carved out wooden signs with his father’s motto “Only the best is good enough” to hang on the walls of the workshop to remind himself and the rest of the employees never to compromise on the quality of a LEGO product.

Throughout his life, Godtfred Kirk remembers his father’s words and to this day, “Only the best is good enough” – because children deserve the best.

Images are © 2020 The LEGO Group unless otherwise attributed.
Posted by: Admin Posted on 6/17/2020 03:42:00 pm
Email ThisBlogThis!Share to TwitterShare to FacebookShare to Pinterest
Labels: Inside LEGO, Interview