The new experience centre/museum in Billund, LEGO® House, has now opened to the public but on Friday 22 September 2017 there was a special pre-opening event for hundreds of LEGO fans from around the world. I was lucky enough to be one of them, so here are some photos from the day. If you are planning to go yourself, you might consider any photos to be 'spoilers' but I am glad to report that there is just so much to do and enjoy inside LEGO House, the photos I'd seen beforehand really didn't spoil much for me and I trust this post won't either. 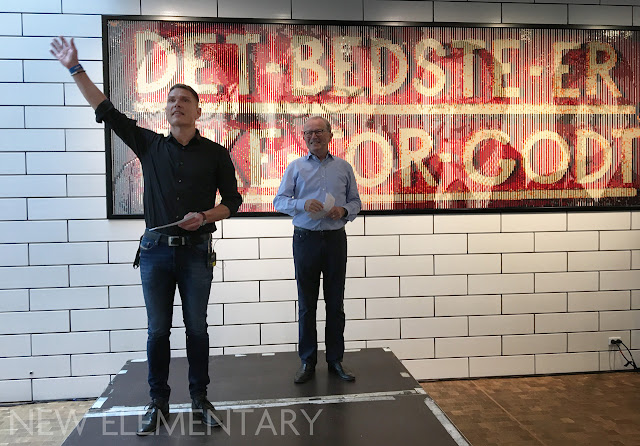 General manager of LEGO House Jesper Vilstrup welcomes us along with third-generation owner, Kjeld Kirk Kristiansen. Behind them is a lenticular made of cheese slopes (Design ID 54200) that shows either the company motto or portraits of the four generations of family owners, depending where you stand.

And what a lot of fans! 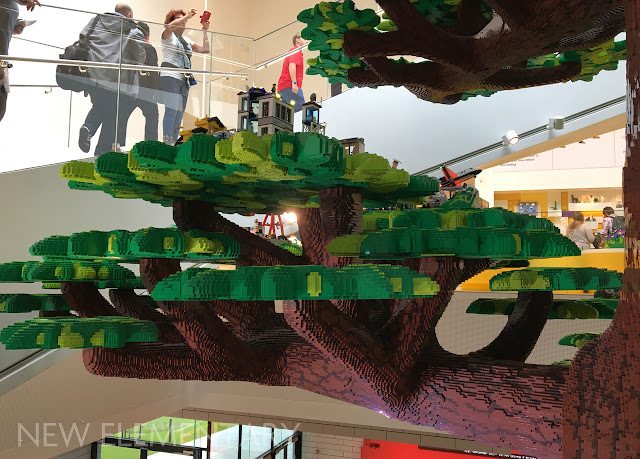 A branch of the giant tree that fills the full height of the building. 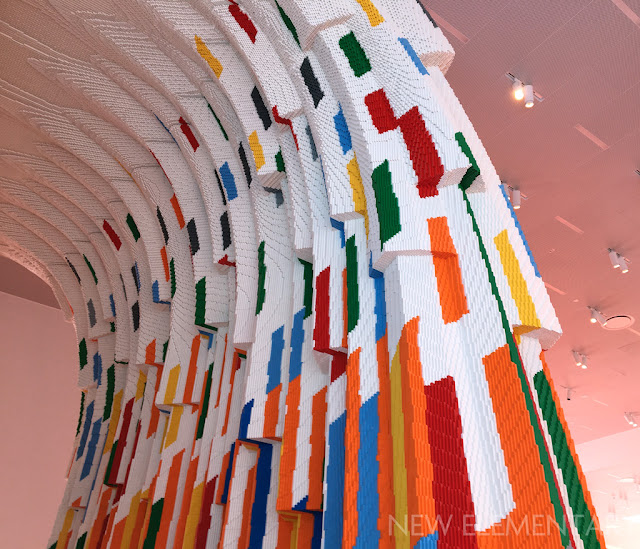 This waterfall in the Red Zone looks way better than it does in photographs! 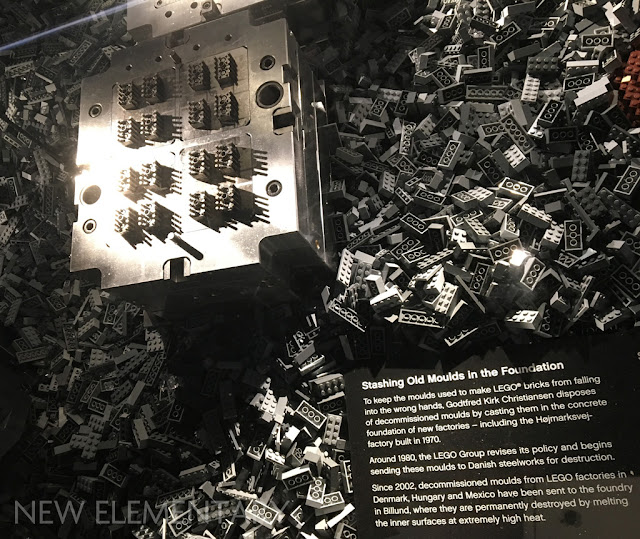 The basement contains the history of the LEGO Group. And plenty of sets... 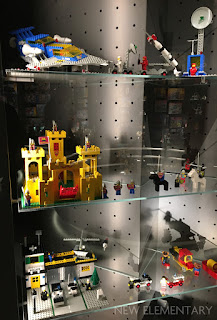 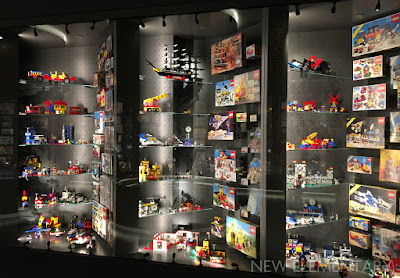 Inside the giant LEGO brick-shaped room at the very top of LEGO House is the Masterpiece Gallery, with giant stud-shaped skylights in the ceiling. 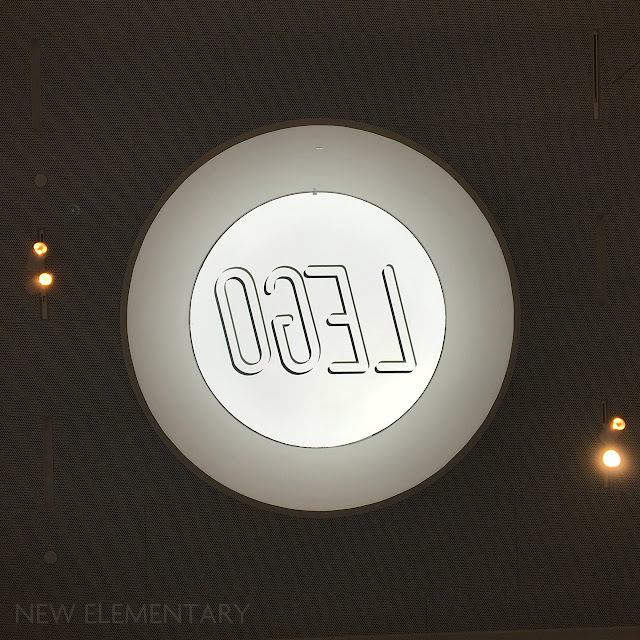 The room contains glass cases filled with models created by AFOLs as well as three giant LEGO dinosaurs (which I'm sure you've already seen pictures of). Each dinosaur is built using a different LEGO System: one is DUPLO, another is Technic and the other is regular System bricks. 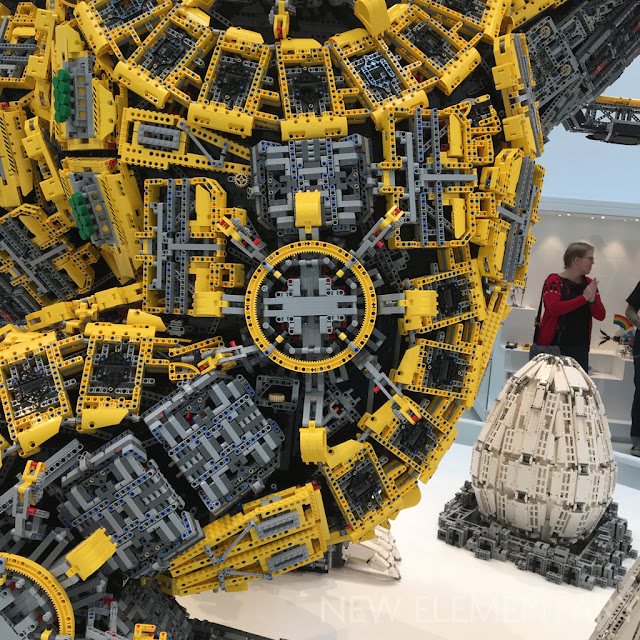 The Technic one consists of repeated modules to create the form, one of which uses the beautiful quarter-circle gear (Element ID 6151167 | Design ID 24121). I'm so glad they chose my favourite Technic colour! 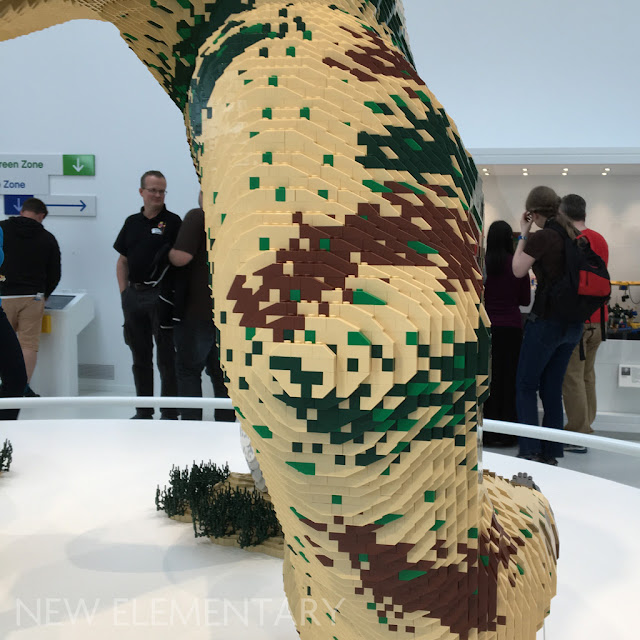 What surprised me about the System dinosaur is that most of the bricks are slopes - a remarkable feat, according to Ed Diment from Bright Bricks who happened to be standing next to me. And I guess he should know! 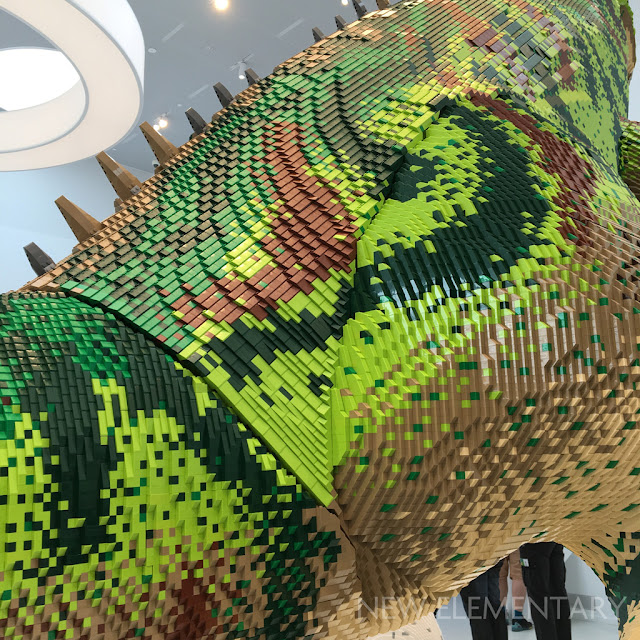 Among the incredible range of AFOL models were several created by New Elementary contributors! Unfortunately the combination of glass and so much natural light in the room results in rubbish photographs. 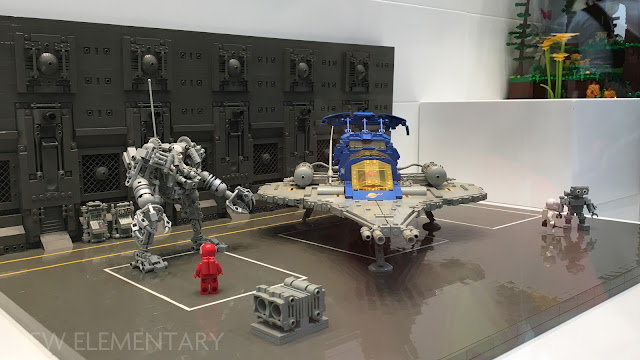 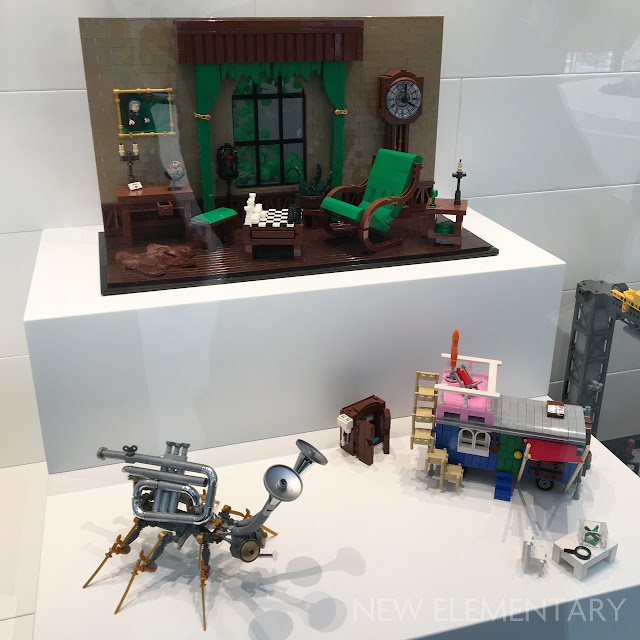 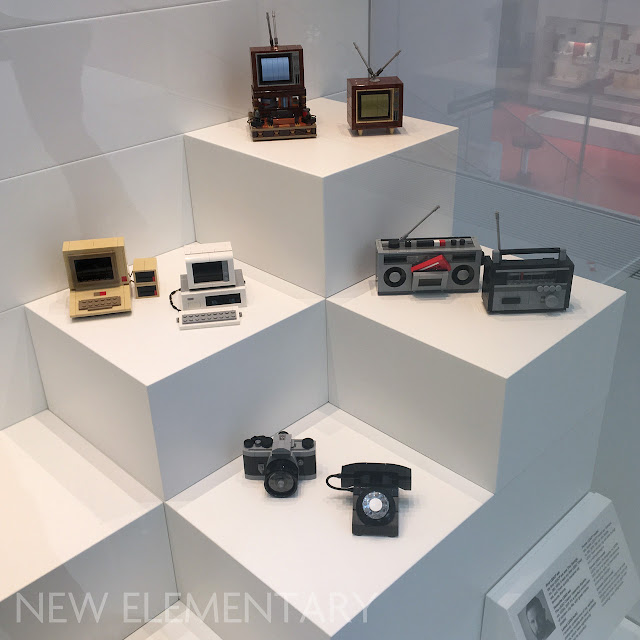 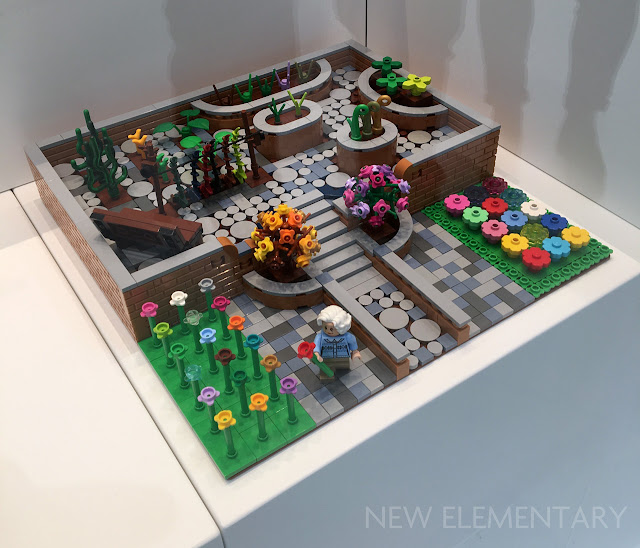 One of Elspeth De Montes' models, Elsie's Garden... which you might recognise as one she built for the New Elementary display at Bricktastic! 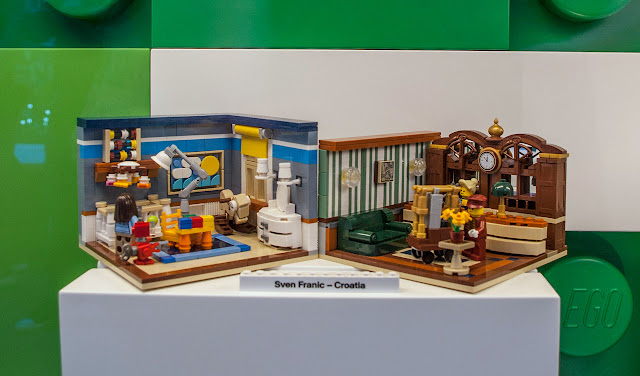 And Sven Franic's work is to be found in the Green Zone. Congratulations to you all and everyone selected - worthy builders every one!

The four experience zones are full of remarkable exhibits, as is the restaurant! But I won't go into details, although if you want, I show a few things in this video.

There's so much more to tell you about my trip but that will have to be in another post! My thanks to LEGO House and the LCE Team for this incredible event. I didn't know what to expect but I was absolutely wowed by the contents of the building and will definitely be returning. This is a must-see for any LEGO fan of any age.


READ MORE: Check out what New Elementary readers built for our LEGO House competition back in 2014