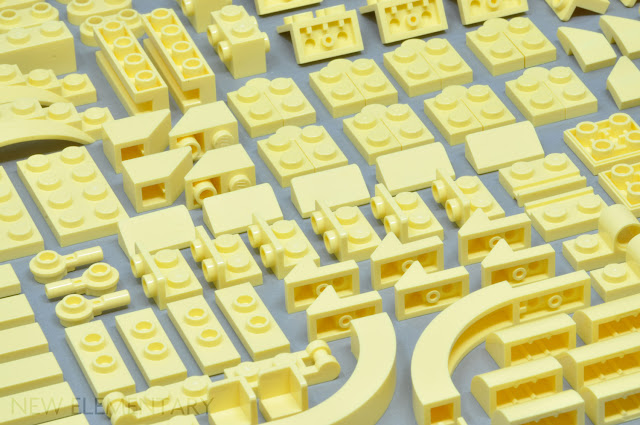 While both also appear in the LEGO® Creator Expert 10272 Old Trafford - Manchester United which we recently reviewed, the Fiat does sport some eye-catching transparent elements new for 2020: 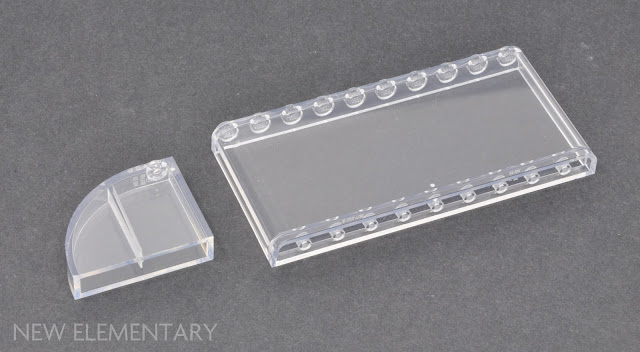 You could win 1 of 5 LEGO Fiats in our building contest
Given the number of Creator Expert vehicles that use large windscreens, I was surprised to discover the latter was only introduced this year. Evidently it marks the first such element of it its size to not be slanted and so might prove to be more versatile than its angled counterparts. 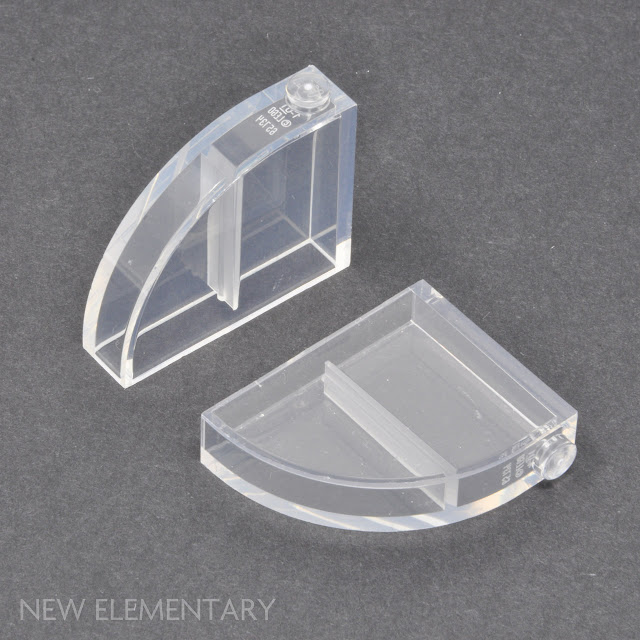 But the more interesting of the two (to me at least) has to be the new curved top brick. 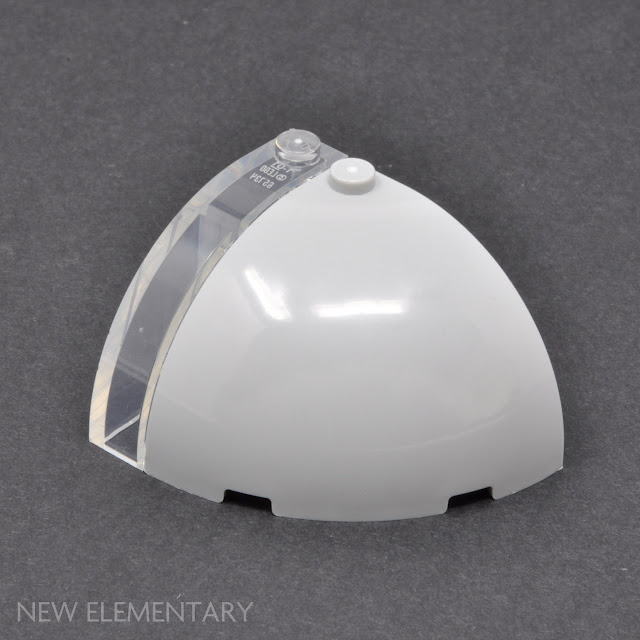 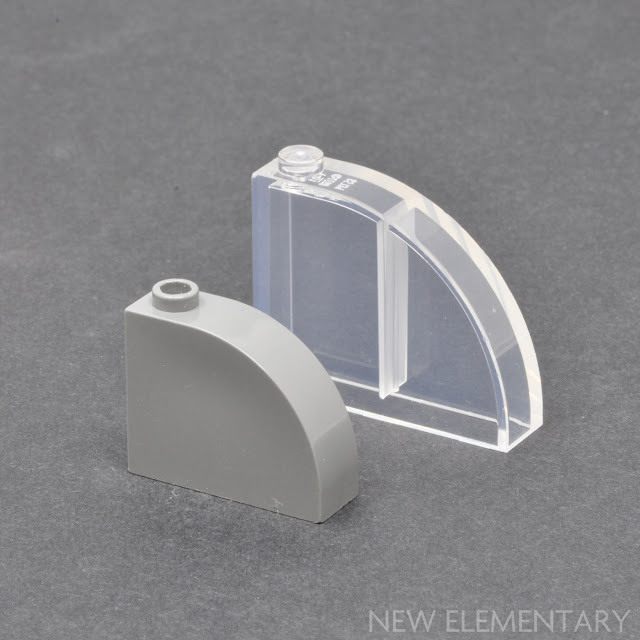 It also bears a strong resemblance to Bow Brick 1X3X2 (33243). However, while they certainly belong in the same part family, the two have some curious differences in moulding. Firstly, the stud on the 1x4 variant is solid as opposed to recessed as on the 1x3. 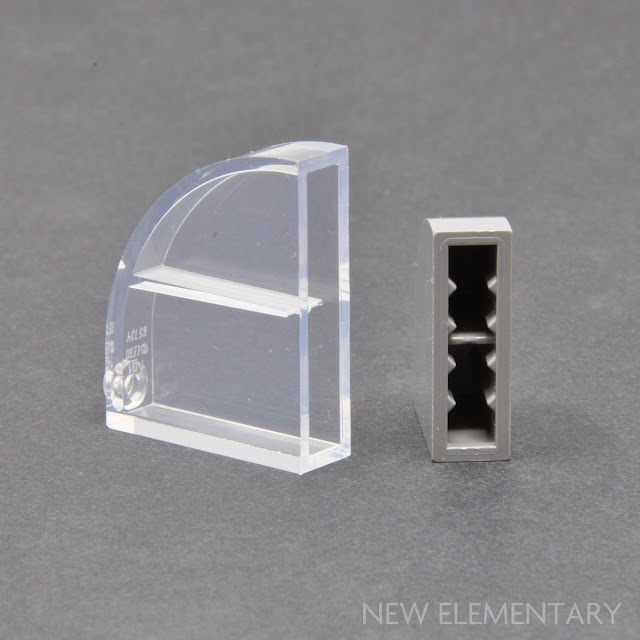 Secondly, the 1x4 has no so-called ‘nail rail’ – the jagged edges to the underside that aid in clutch power. According to a member of the LEGO element design team, the 1x4 variant was designed with minimal internal structures to improve its appearance when moulded in transparent plastic. They even tried to make the (presumably essential) inner rib resemble a drop of rain traveling down the window! 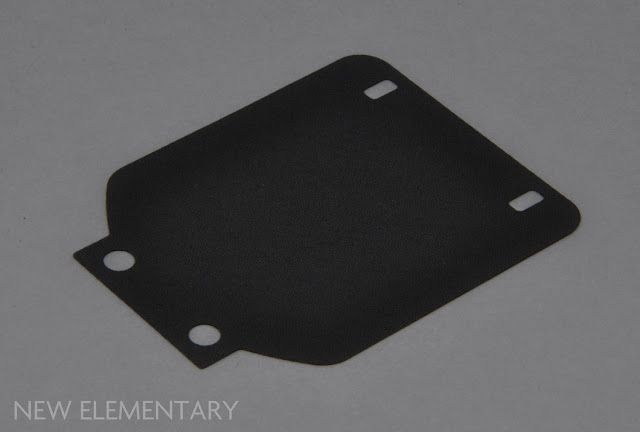 The only other brand-new element to appear in the set is the fabric sunroof (6296972). It comes in a sealed bag with a rigid backing card to keep it nice and flat. 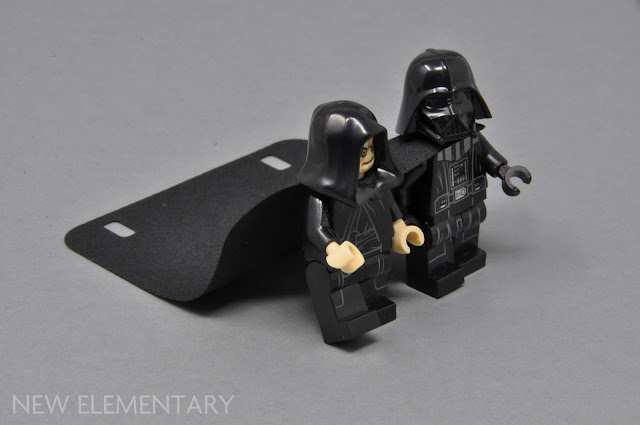 It may be intended for use as a sunroof but I couldn’t help seeing it as a two-person cape for the best fiends in the galaxy!


Unique recolours in the LEGO Fiat 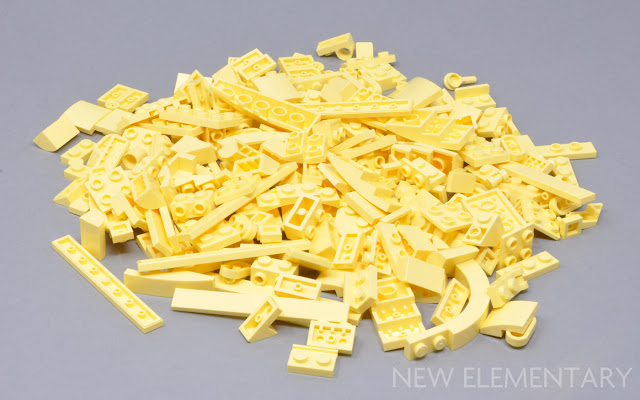 Now for the main event! When I first saw images of this set, I couldn’t believe my eyes; Cool Yellow as the primary colour? Surely not, the number of recoloured elements necessary to deck out the entire model in that rare colour would be through the roof! Just as well LEGO designed the Fiat with a soft top because the car is indeed built from a veritable avalanche of elements seen here for the first time in Cool Yellow/ Bright Light Yellow. 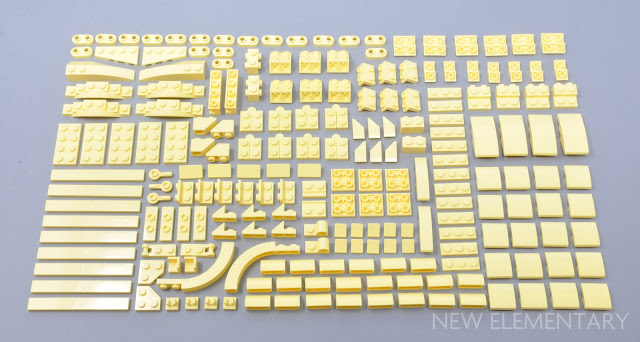 While seeing all the recolours in one place is (hopefully) impressive, it’s also more than a little overwhelming. Let’s break things down a bit, shall we? Starting with plates, both regular and wedged: 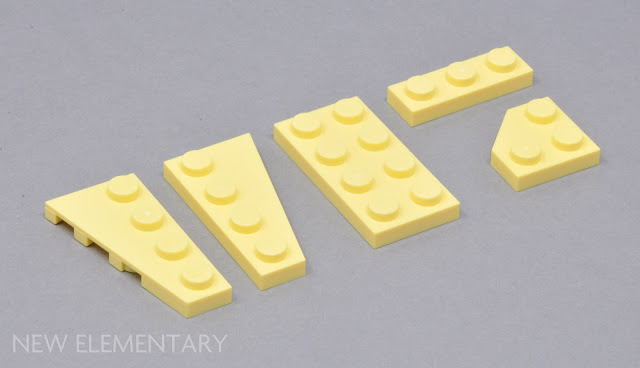 Now for some of the larger curved slopes included: 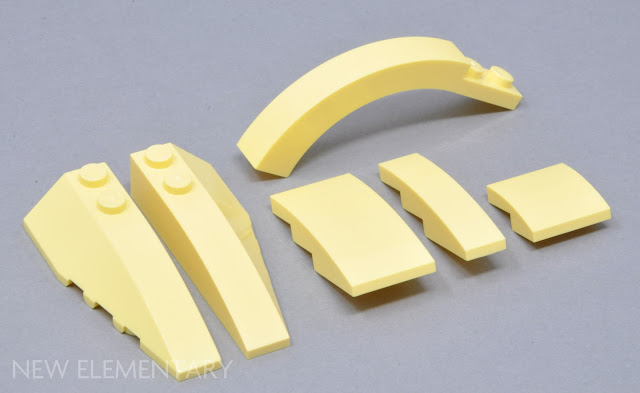 Plenty of smaller slopes too: 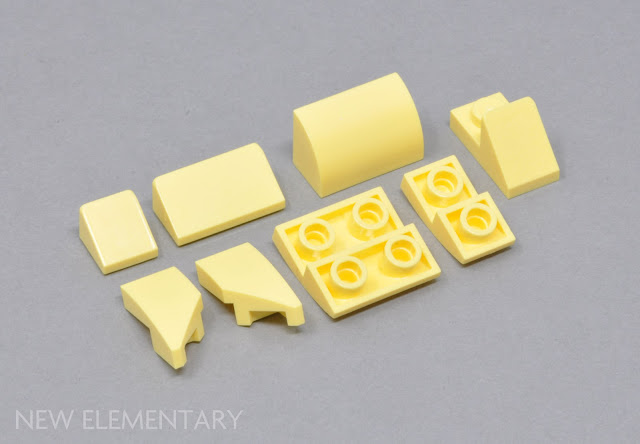 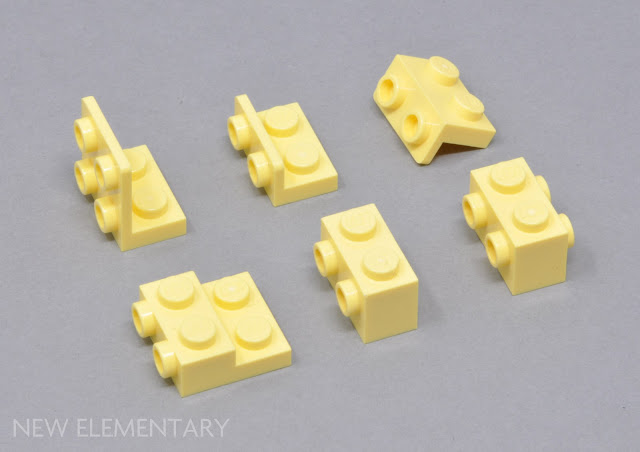 I was struggling to fit the following parts into a category, so they get their own - The odds and ends: 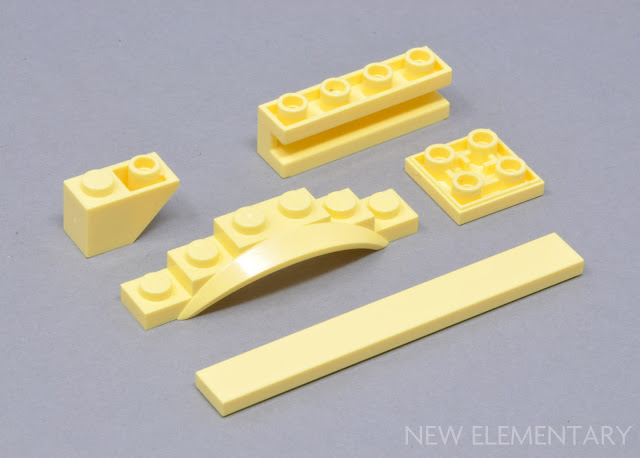 And lastly, some small and especially useful bits that I find particularly exciting to see recoloured: 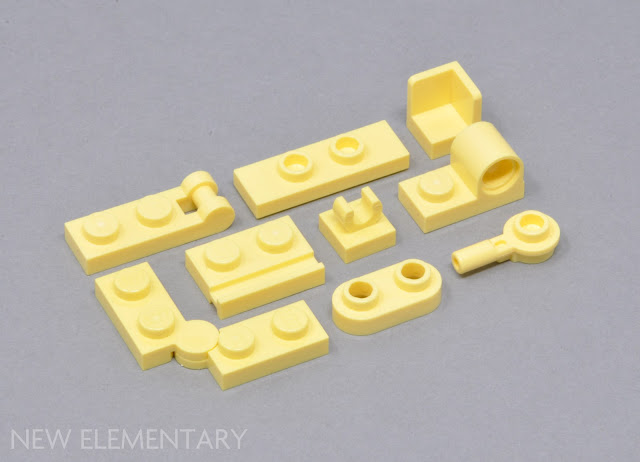 Also included are a couple of parts that have seldom appeared in Cool Yellow before: 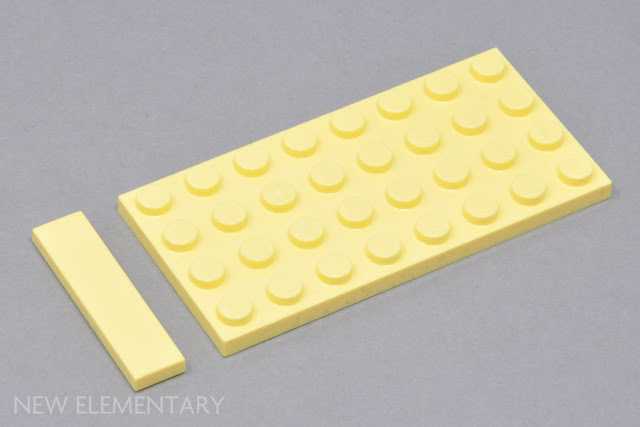 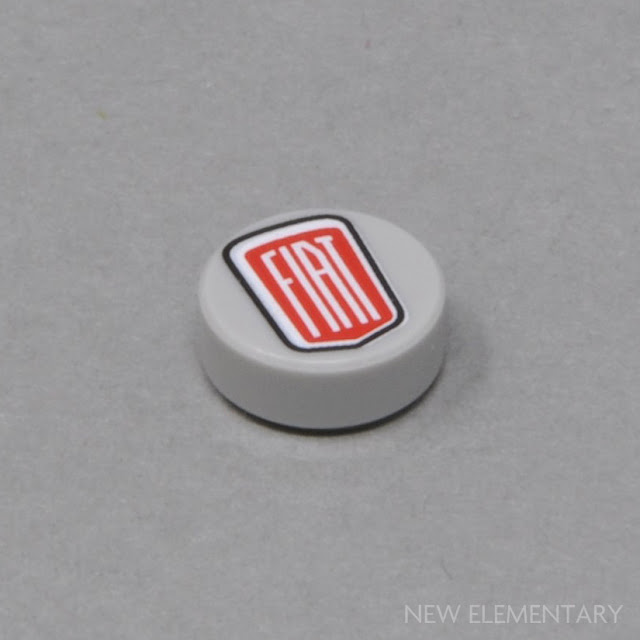 The only printed element included are two (three including the spare) Fiat logos printed on Flat Tile, 1x1 Round in Medium Stone Grey/ Light Bluish Gray (6296244). 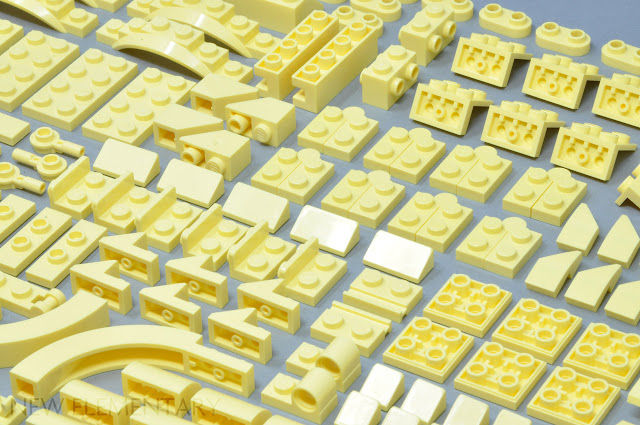 Phew! That was a lot of parts to get through. I don’t think I’ve ever known a set to introduce such an overwhelming number of recolours. Better still, many of them are especially useful elements that come in respectable quantities too. There were only about 200 elements available in Cool Yellow before this set arrived, many of which are DUPLO, Scala or minifigure/minidoll parts. It goes without saying then, that the set is equally appealing as a parts pack as it is a display item – but more on that in part two when we examine the build! 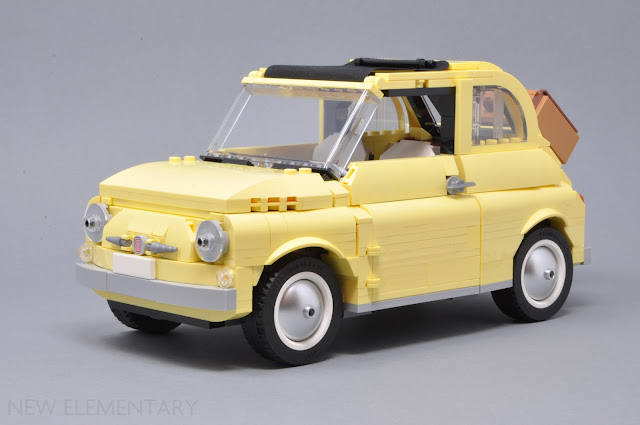 Products mentioned in this post were kindly supplied by the LEGO Group. All content represents the opinions of New Elementary authors and not the LEGO Group. All text and images are © New Elementary unless otherwise attributed.
Posted by: Admin Posted on 4/15/2020 01:17:00 pm
Email ThisBlogThis!Share to TwitterShare to FacebookShare to Pinterest
Labels: Colour, Creator Expert, Set review