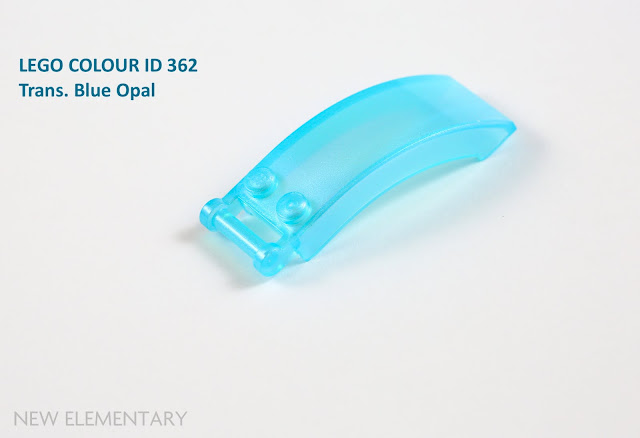 As far as we know this new colour only appears in two sets, both within the Disney theme. [Edit: there's also a pink version too.] Our thanks to Ryan Howerter for the heads-up. We thought would take a look at this sparkly, iridescent hue.
Thus far, Transparent Blue Opal is used for two different elements: 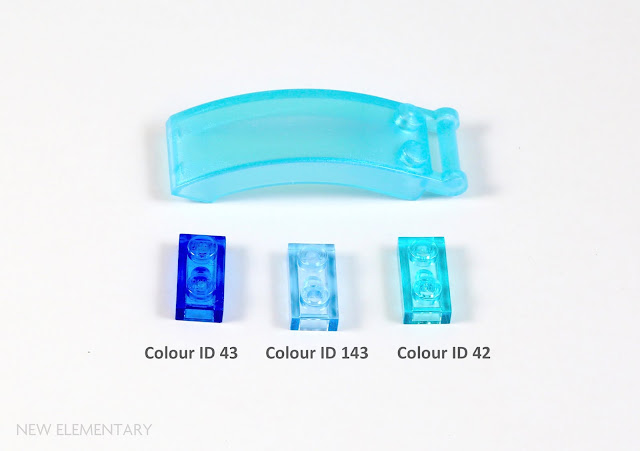 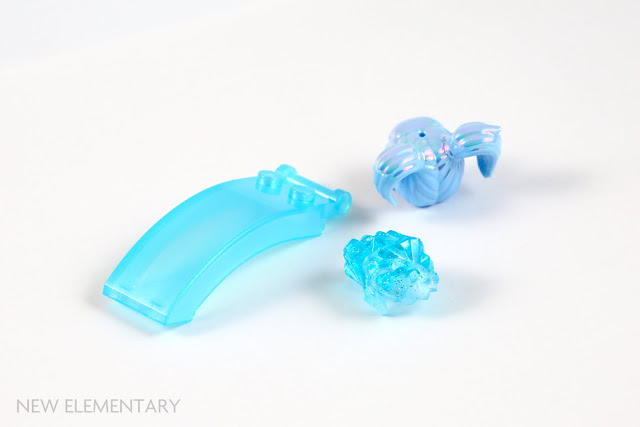 If you cast your mind back to The LEGO Movie 2: The Second Part, you may remember these hair elements from two characters in the tie-in sets. Sweet Mayhem's hair in Light Royal Blue (6261350|48162) had an iridescent lacquer ink applied and Balthazar's hair in Transparent Light Blue with Glitter (6261350|48162) seem to combine the two effects of iridescence and glitter that come together to give the opalescent effect for Transparent Blue Opal, although of course the production process is probably different. 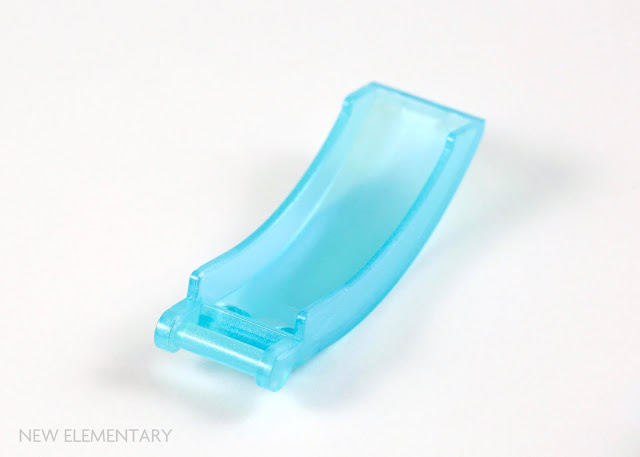 After their crash in the 2000s, The LEGO Group set a rule that if a new colour was introduced into the LEGO palette, another would have to leave. Will that be the case this time, or will Transparent Blue Opal simply be considered a process applied to an existing colour rather than a whole new colour? It seems likely, as 'glitter' colours get added to the palette without anything being removed. Indeed, 351 Transparent Bright Green with Glitter and 341 Transparent Bright Orange with Glitter are also relatively new, having appeared in 'Multicombination' coloured parts in 2019.


So, what do you think of this new colour? How would you employ it in your MOCs and what pieces would you like to see cast in this colour?

Consider buying your sets with Transparent Blue Opal (or anything) from Amazon via New Elementary's links; as an Amazon Associate we earn from qualifying purchases which goes back into funding set reviews.
Amazon USA: Amazon.com Canada: Amazon.ca UK: Amazon.co.uk Deutschland: Amazon.de

You can also help us by doing what you perhaps do already - buying from Amazon.

Products mentioned in this post were kindly supplied by the LEGO Group. All content represents the opinions of New Elementary authors and not the LEGO Group. All text and images are © New Elementary unless otherwise attributed.
Posted by: Elspeth De Montes Posted on 1/07/2020 10:35:00 am
Email ThisBlogThis!Share to TwitterShare to FacebookShare to Pinterest
Labels: Colour, Disney