The next builder in our LEGO® parts festival is Devid VII, an Italian builder whose work I have admired for sometime, especially his mecha creations. Devid showcases a variety of ways to use our chosen parts festival elements, including this fantastic mecha just for us! 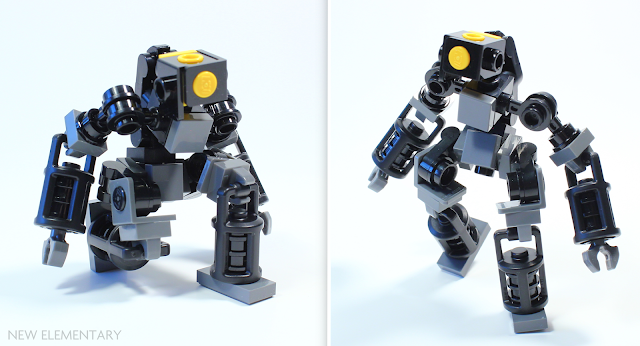 Devid uses the Black Lamp, No. 1 (Element ID 6227901|Design ID 37776) within its structure; a great way to maximise the lamp's handle as a connection to create an extremely flexible hinge joint. 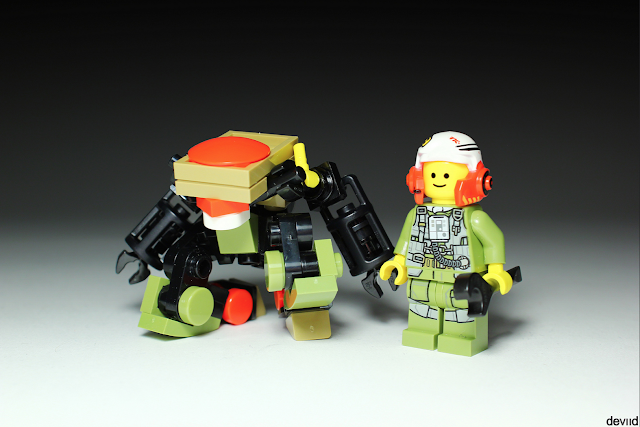 Here is another mecha utilising the lantern. It's the amount of space between the 3.18mm bar connection point and the lamp itself that give it such a generous degree of rotation. 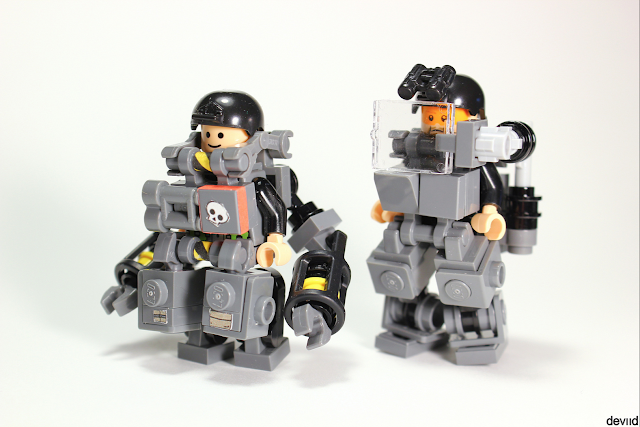 It even works in a minifigure-sized exo suit too.


David also used White Candle No.1 (Element ID 6234807 | Design ID 37762), the small size of which adds to its versatility. In terms of circumference it sits in between the 3.18 bar and the 1x1 round brick but is generally within the small scale needed for minifigure vignettes. 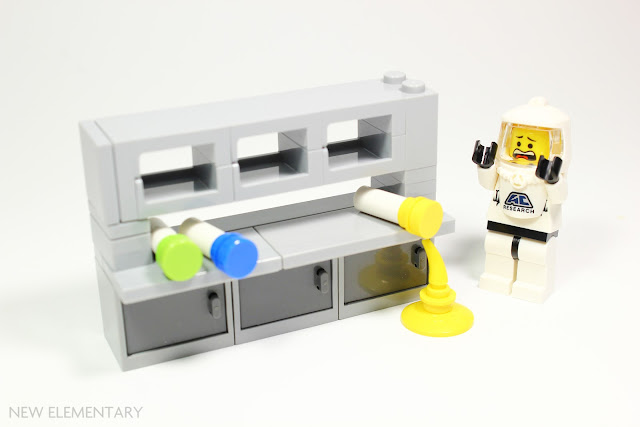 In this scene, Devid's little researcher appears to have a small spillage issue - just remember to put the lids on tightly. 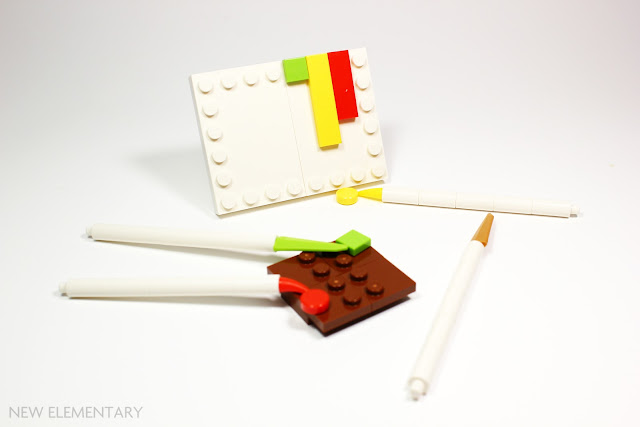 The candle also became the handle for some paintbrushes in Devid's hands and we previously saw Ralf Langer utilise this element in a similar manner with his felt-tip pen, as it makes a sturdy column when connected end-to-end. 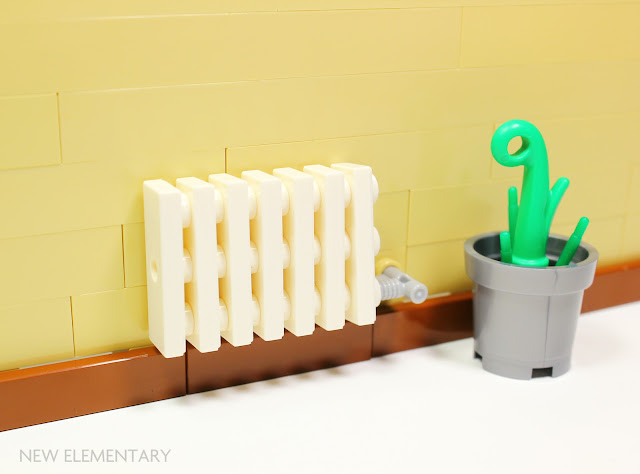 Devid used a 3.18mm bar through the central hole to connect each of the tiles together; simple but very effective! 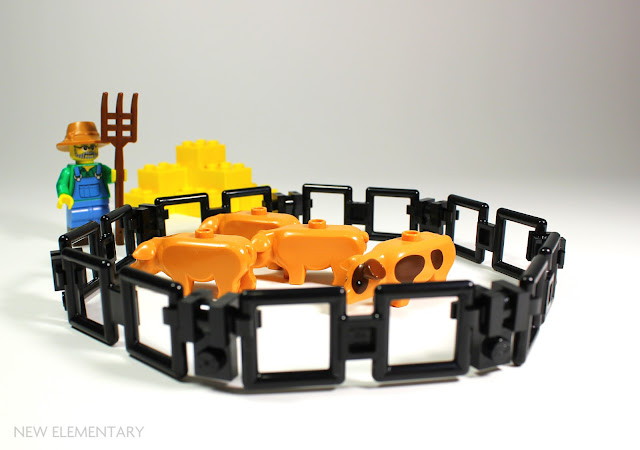 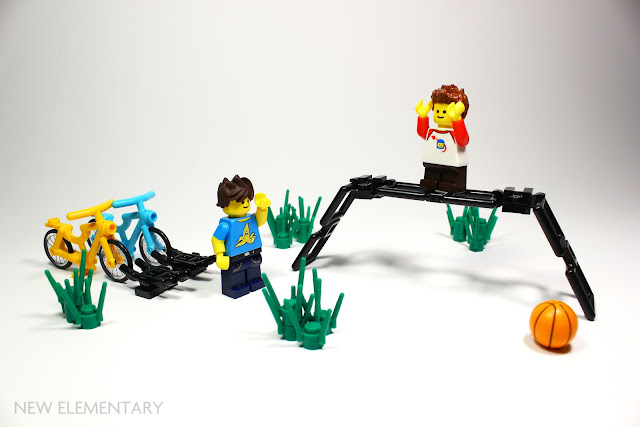 ...which can also be turned into a climbing frame for some minifigure children to fall off.

Thanks to Devid for taking part in our parts fest and especially for building the super-posable mecha for us!

Products mentioned in this post were kindly supplied by the LEGO Group. All content represents the opinions of New Elementary authors and not the LEGO Group. All text and images are © New Elementary unless otherwise attributed.
Admin: Elspeth De Montes Posted on 2/22/2019 05:10:00 am
Email ThisBlogThis!Share to TwitterShare to FacebookShare to Pinterest
Labels: Community, Parts Festivals, Technique