The next builder in our parts fest is Ralf Langer from Germany.  He previously wrote about integrating LEGO® Modulex bricks in two posts for New Elementary last year.  Ralf has a real knack for innovative parts use, sometimes illegally, but always with the potential for stunning results.  If you haven't seen his builds before then you are in for a treat. 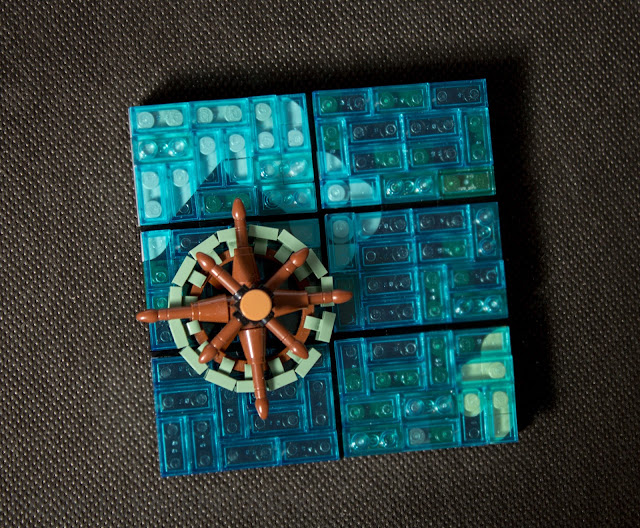 I started off with Reddish Brown Mini Brush (Element ID 6046576 | Design ID 15232), quite a versatile part. It is not as versatile as it could be as it doesn't fit in a recessed stud because of its tapered ends. 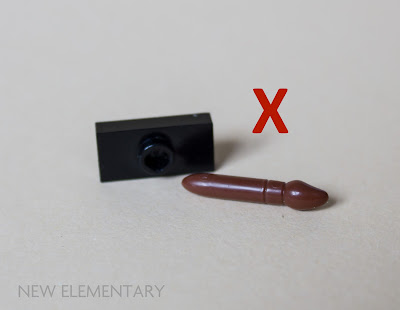 As you can see, the brush head is asymmetrical and in most cases this is undesirable, but it is great for medieval mocs like this cart. 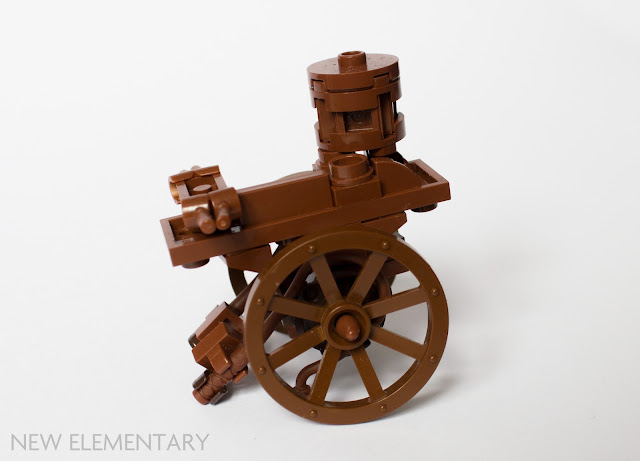 The medieval cart featured in a larger build that showed the misery of the medieval times with a salesman that struggles to survive... and eventually will fail... 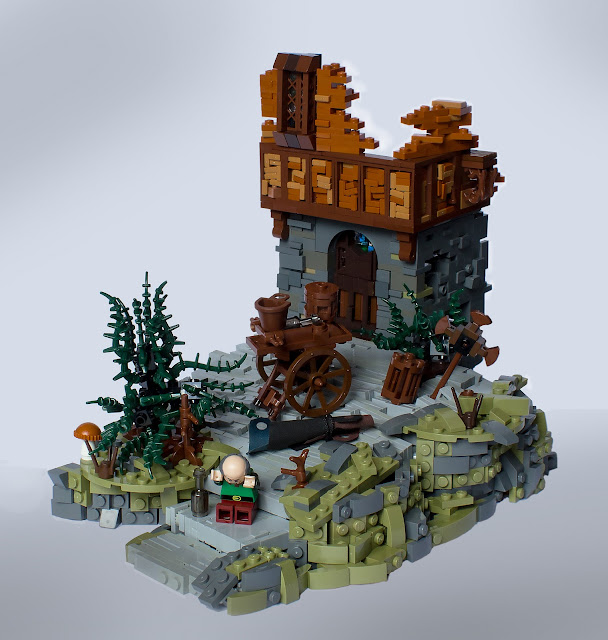 The tapered asymmetrical end also works well as a budding plant or the wood-turned legs on an antique table. 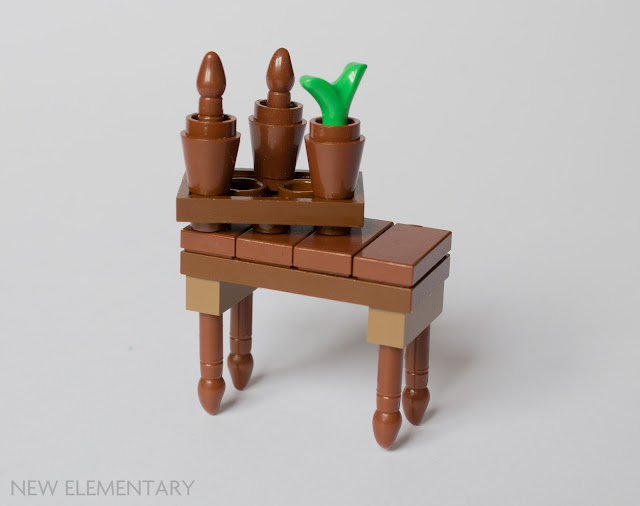 Or as the tapered end of a felt-tipped pen. 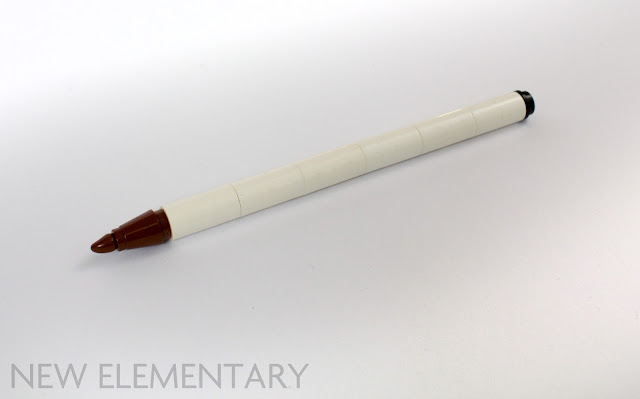 I also used the paint brushes as the finial in two towers that featured in larger builds. 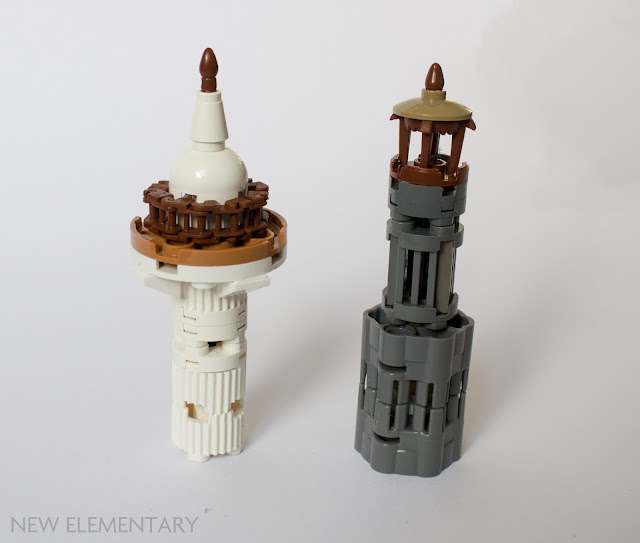 [Ed. Ralf built these amazing mocs for a contest but we just had to share the towers above in their final positions] 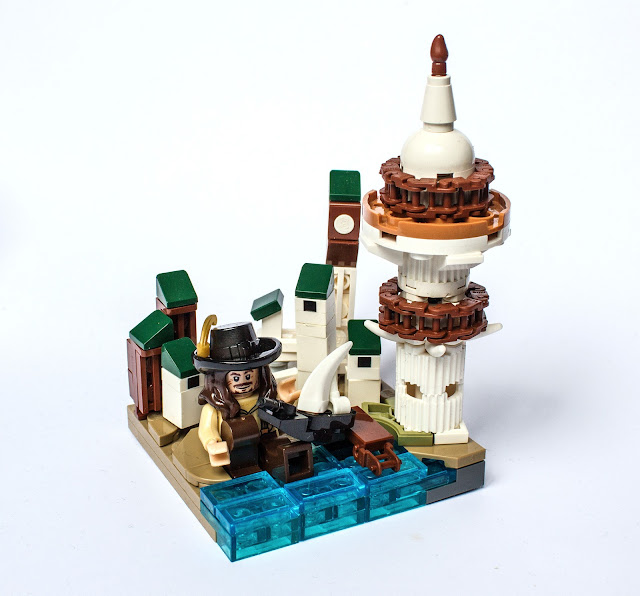 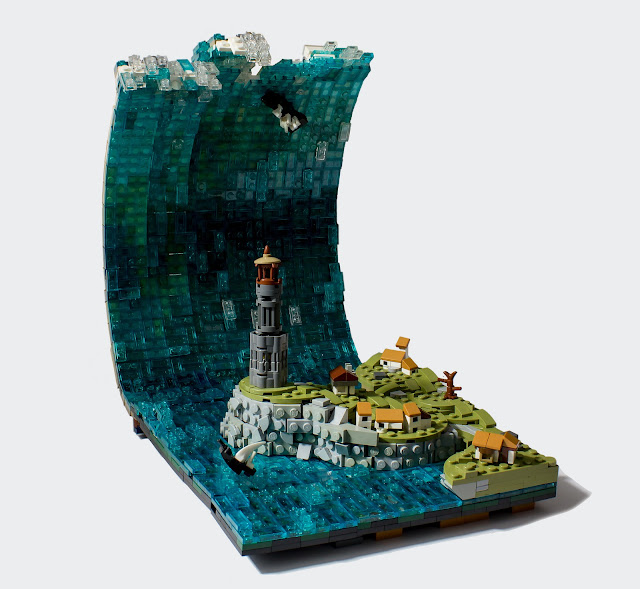 For Black Design Plate 1X1, No. 1 'floppy puppy ear' (6231382|35463) there are some quite obvious usages such as a marker pointing in one direction. You could use this for an elevator showing the direction of movement. As x and y markers at the borders of a map etc. You can also use this as a design element.
I made this gothic flower (using illegal techniques). One could build interesting wall or floor structures combining dozens of those "flowers". 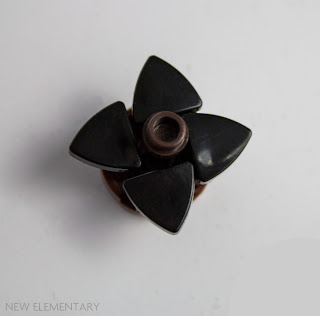 I also tried hard to use this for a roof. But finally, I must admit it was a failure. The problem is that there is only one connection point. And this is a plate above. In my example I used Corner Plate 1X2X2 (Design ID 2420) to connect everything. If you don't mind not fastening the bricks it is a cool roof part, otherwise not at all using this technique ! 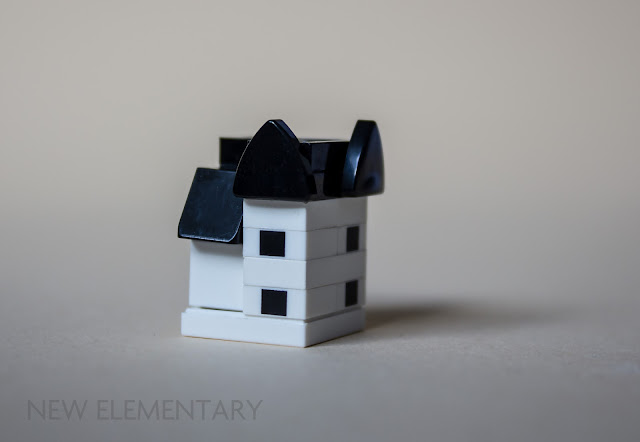 Well, Black Lamp, No. 1 (6227901|37776) is a lamp and it just looks best as a lamp. Beware! It's really hard to pull out pieces you stuck inside it and I had to use a bar and much pressure and force. Luckily the part stuck inside coincidently had a hollow stud so that I could even use a bar or it might have been impossible! 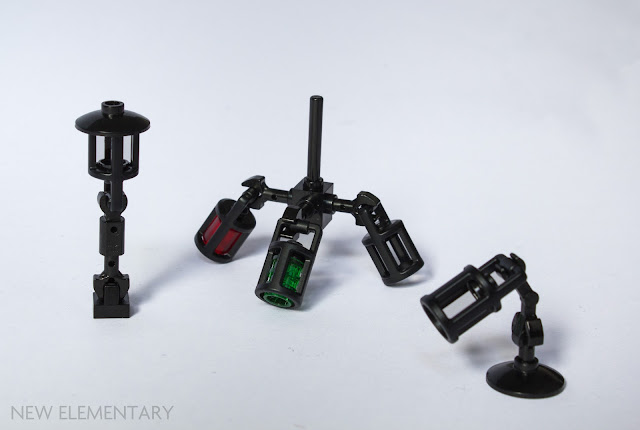 I figured out some really obscure use. The wheels on this cart can be moved left right and also up and down easily when connected via this part. Fun! 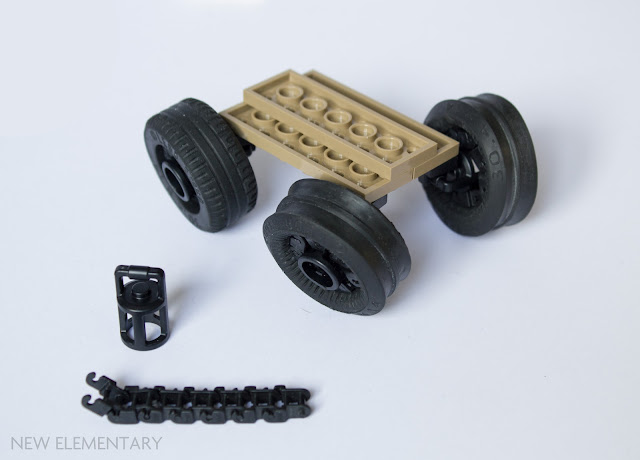 Black 3.2 Shaft Element, No. 1 (Element ID 6226706 | Design ID 37494) might be useful for gratings, fences, cast-iron constructions, but it is not easy to combine many of them though. I didn't find it too useful. It has a very specialized form and the geometry makes it difficult to use. I could imagine doing a grating for a lighthouse with it.I made lots of tests leading nowhere... but here are a couple of spaceships. 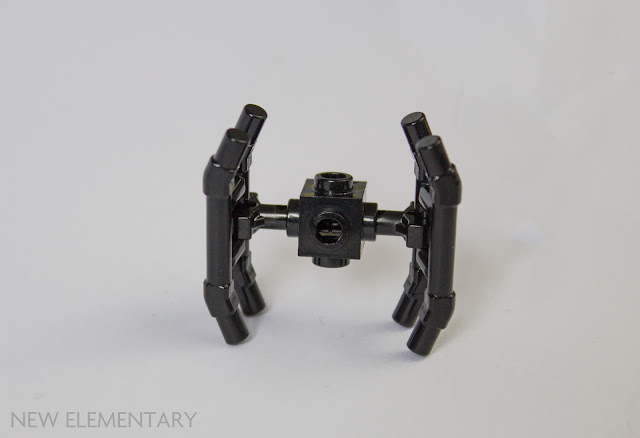 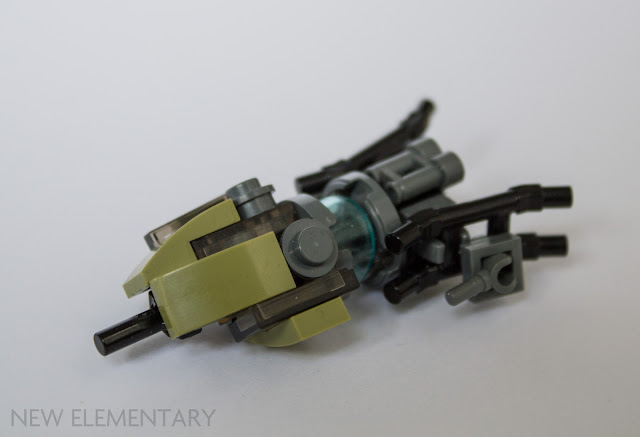 Here you can see the geometry when connecting several of them. Or you change directions and get some snake like fence. If I remember correctly, the incredibly talented Simon NH did this in his Japanese Garden. 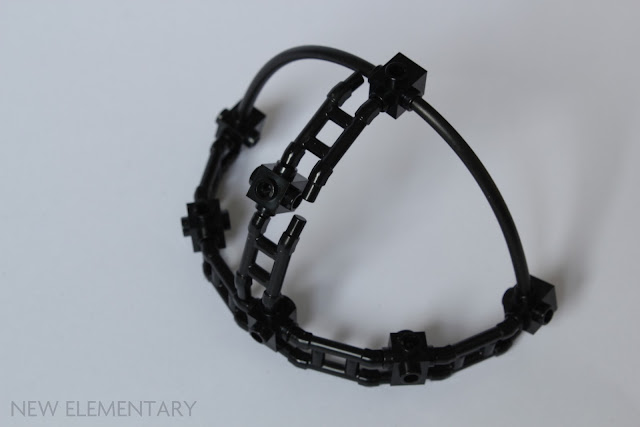 Our thanks go to Ralf for taking part and sharing his ideas for connections and ways to use these parts in larger creations.


Products mentioned in this post were kindly supplied by the LEGO Group. All content represents the opinions of New Elementary authors and not the LEGO Group. All text and images are © New Elementary unless otherwise attributed.
Posted by: Elspeth De Montes Posted on 2/10/2019 06:00:00 am
Email ThisBlogThis!Share to TwitterShare to FacebookShare to Pinterest
Labels: Community, Parts Festivals, Technique