Eagle-eyed reader CM4Sci spotted something exciting in the images that have just been officially released by Forbes of new LEGO® DC Super Heroes sets that will be released in January 2018. 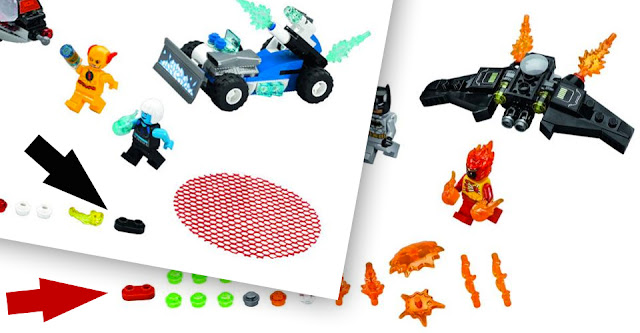 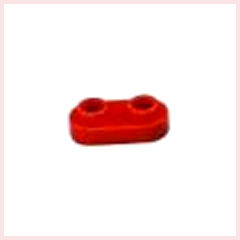 Sadly we only have low resolution images so far, but it looks like we are getting a 1x2 plate with rounded corners. The studs seem to be recessed (or hollow). It comes in Bright Red [TLG]/Red [BL] in 76097 Lex Luthor Mech Takedown and Black in 76098 Speed Force Freeze Pursuit.

It is interesting that the piece is positioned at the front of the official images, alongside the 1x1 round 'bullets' and some new novelty parts with 3.18mm connectors. Maybe they did this knowing it is an exciting new piece, but more likely I would imagine that this piece has some specific function within the set, perhaps related to minifigures since I can't spot the piece within the main builds. Has anyone figured out what it is for?

The LEGO Group always use solid studs unless there is a good reason not to, which adds weight to the idea of this being related to minifigures because their accessories with 3.18mm bars can be inserted into hollow or recessed studs. The main reason they prefer solid studs is for branding; you're in no doubt that it is a genuine LEGO element when it has 'LEGO' stamped on the stud! For us however, hollow and recessed studs add functionality and flexibility, so I'm really excited about this piece. 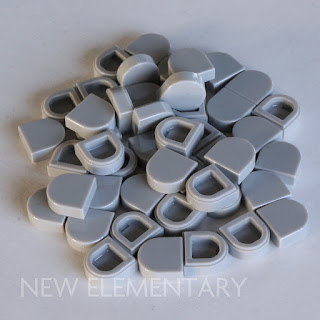 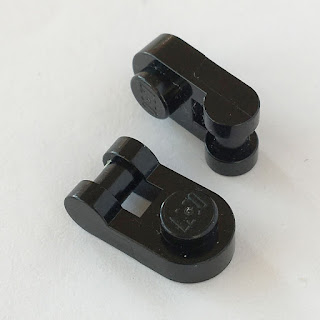 The latter in particular has proven immensely popular with builders as the rounded edges provide great flexibility, so I'm sure this new piece will also be a must-have. (Elspeth described the padlock plate for us last year, and you'll find examples of how to use it from builders such as Chris McVeigh, Jonas Kramm, Huw Millington and Thomas Poulsom during our parts festival from last year, The New Black.)

I'm sure you will have spotted many other new LEGO parts in those images, if not check out the post about these new Super Heroes sets on Brickset which gives just about all the information we have to hand so far.

Posted by: Admin Posted on 7/15/2017 01:57:00 pm
Email ThisBlogThis!Share to TwitterShare to FacebookShare to Pinterest