Elspeth has a final two creations for you today where she has used a single LEGO® piece in multiple colours as inspiration for a build. Click/tap any image to view larger.

The Colour Recycling Facility is on point with TLG’s current policy of using 100% renewable energy and the ongoing research into alternative, more environmentally friendly options for ABS plastic.

You may notice that all the workers in the facility are wearing a differently coloured Construction Helmet (Element ID 3833). This part first appeared back in 1978 in Red [BL]/Bright Red [TLG] in the Classic Town construction sets and Yellow [BL]/Bright Yellow [TLG] in Train sets released that same year. I am missing Blue [BL]/Bright Blue [TLG] as, despite being a presumably common colour, this only appeared in one set; 6686 Backhoe from 1984. The blue helmet seen here worn by the forklift operator is actually Maersk Blue [BL]/Pastel Blue [TLG] from two Maersk sets, 1651 Maersk Line Container Truck from 1980 and 10219 Maersk Container Train from 2011. You can see the full range of available colours and their current prices on BrickLink.

The Trash Can with 2 Cover Holders first appeared in Dark Gray [BL]/Dark Grey [TLG] (third from the left in the picture above) back in 1987 while the 4 holder version was not introduced until 2009 in Light Bluish Gray [BL]/Medium Stone Grey [TLG]. There’s a big difference in the price of the Light Bluish Gray version as the 2 holder version is sought after as an element in 10182 Cafe Corner while the 4 holder is supplied with more recent sets and freely available. You can see the full range of available colours and their current prices on BrickLink. 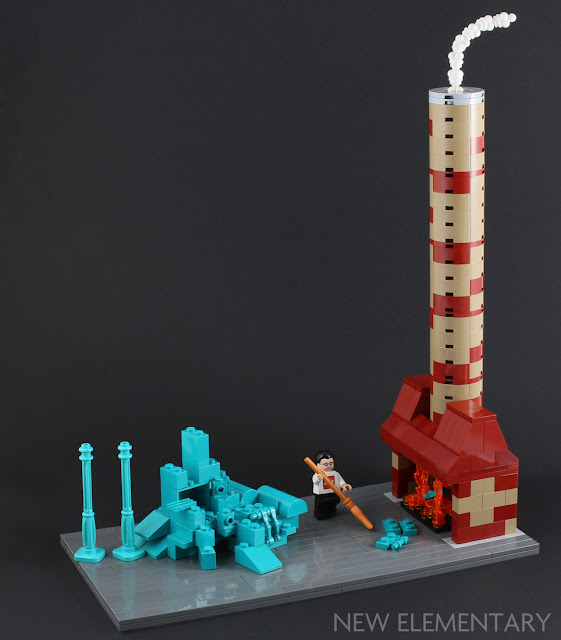 The ‘Mark Stafford Killed Teal’ legend is a true story and this MOC is just a bit of a tease to show the colour Dark Turquoise [BL]/ Bright Bluish Green [TLG]/ Teal [LDraw and Peeron]. Having graduated from LEGO fan builder to LEGO designer, Mark’s first set was the Exo-Force set 8115 Dark Panther. According to Mark, he was given four colour choices; red, orange, purple or teal. However this was the era of TLG culling their excessive colour palette and so he was told that if he chose teal, then the colour purple would be deleted, and vice versa. Choosing orange or red would have led to both purple and teal being deleted, so in the end Mark chose purple, despite genuinely loving teal. Years later, Mark described his traumatic decision to fellow LEGO fans on an online forum, but the first reply merely said, “So… you basically killed teal?” 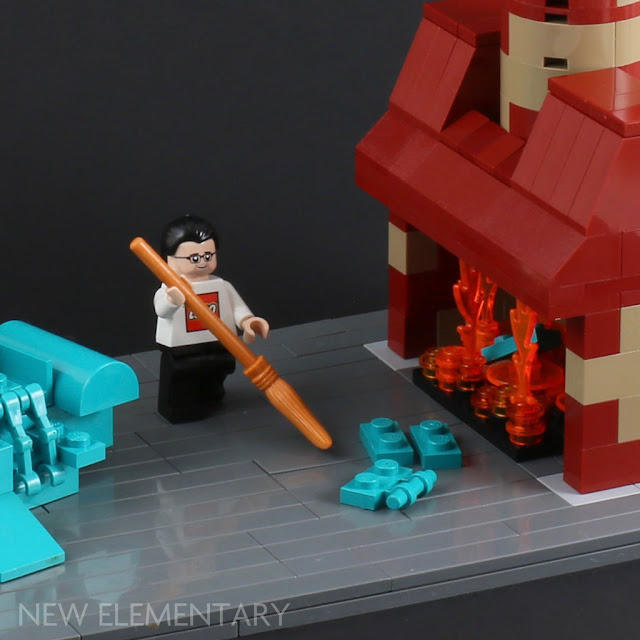 By the way, Mark revealed the unused teal prototype in a 2007 edition of Brick Journal magazine.


And that brings my Colourtastic mini-festival to an end. These builds were not about using complex techniques but just a way to showcase some nice colours and allow lots of colourful conversations during Bricktastic. The issue with starting such collections is that new parts and colours are constantly appearing and so sometimes older, rarer colours of a part will re-appear. So perhaps the lesson is - never invest too heavily in rare parts as TLG might reintroduce the part once more!

Posted by: Admin Posted on 7/25/2017 06:01:00 am
Email ThisBlogThis!Share to TwitterShare to FacebookShare to Pinterest
Labels: Colour, Old parts