Victor Pruvost (@leewanlego) starts his review of LEGO® 71395 Super Mario 64 Question Mark Block by examining its parts. Buying this set once it's released in October? Consider using our affiliate links, New Elementary may get a commission: USA LEGO Shop | Australia LEGO Shop | UK LEGO Shop/for Europe 'Change region'. Products in this article were provided by LEGO; the author's opinions are their own. 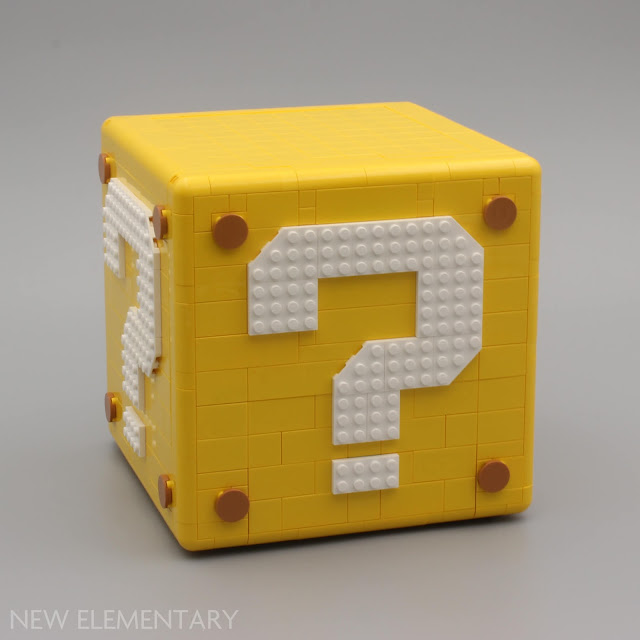 Before taking a look at the new elements created for this set, I wanted to talk about the obvious: the huge amount of yellow pieces used to cover five of the six faces of the cube (the bottom face is not covered in tiles – in fact it is hollow, but more about that later). 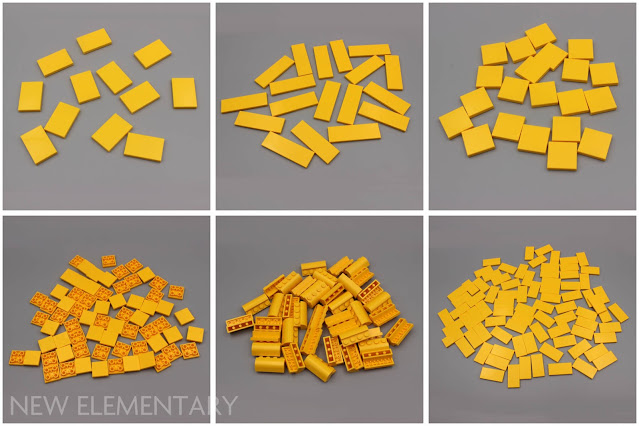 This is not a full list, but rather a highlight of the parts that come in rather important quantities:

As for the corners, they’re made with new elements. 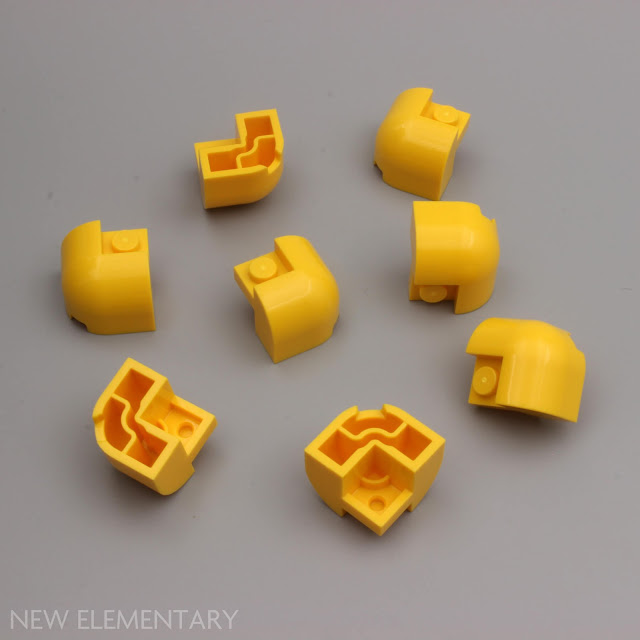 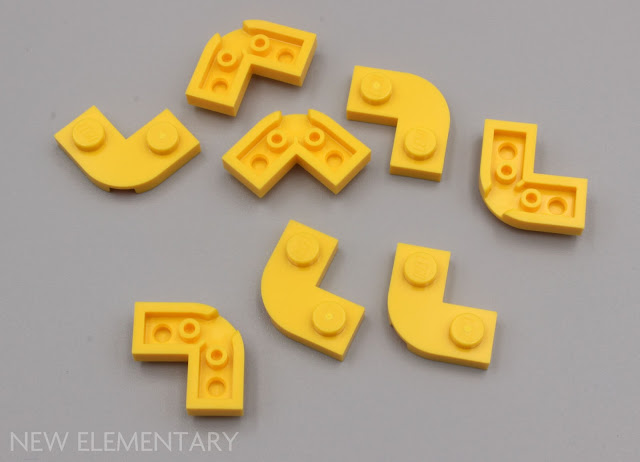 It only has two studs, so in some ways it could be considered as a POOP: two 1x1 plates and one 1x1 quarter circle tile. 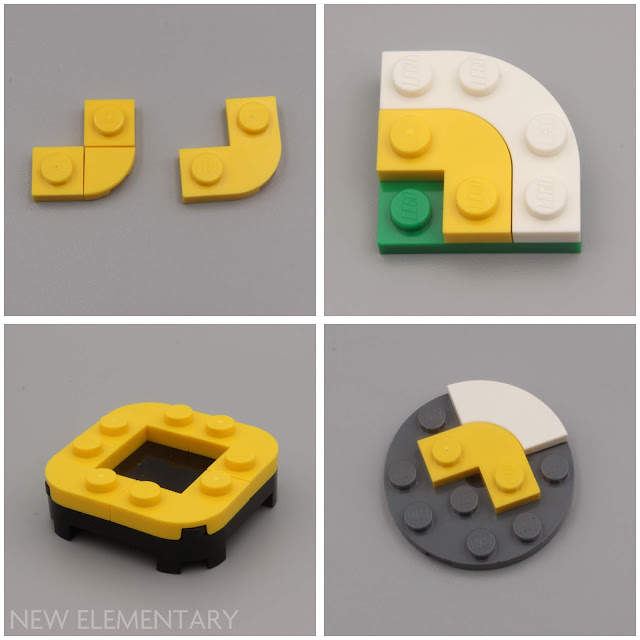 It can also be used as a 2x2 corner plate, but without the central stud, and this can be useful. I really look forward to seeing this element in more colours. 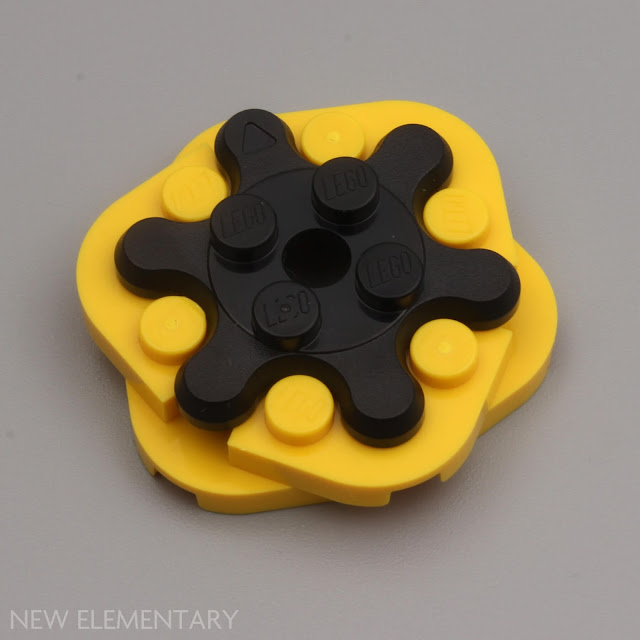 In the meantime I’ve built a small tablescrap around one of the splat gears provided in the set. The gear is one of the elements used in a secret level in the set... so I will hold off telling you about those parts until part 2 of my review!

Does this element inspire you? What would you build with it? 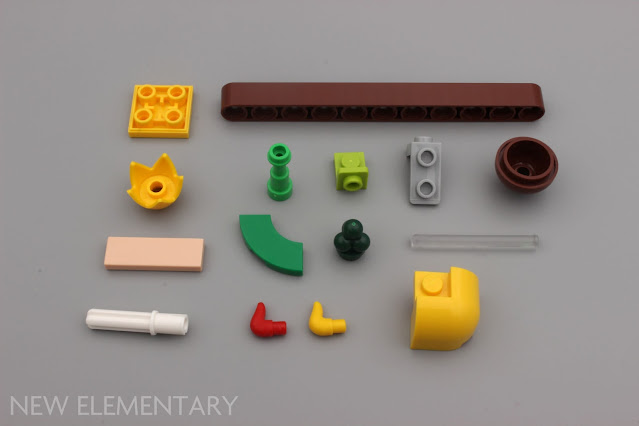 The rounded pieces aren’t the only elements of interest in the set: there’s also a good selection of recolours, printed pieces and rare elements.

I’ve already mentioned the 68 tiles inverted 2x2 and the rounded corner bricks 2x2, but they are not the only elements appearing for the first time in yellow: you can also find:

The other elements in new colours include:

And last but not least, the recolour I’m the most excited about is also the most colourless:

It’s also worth pointing out that some of the new moulds introduced in the last few months can be found here, namely: 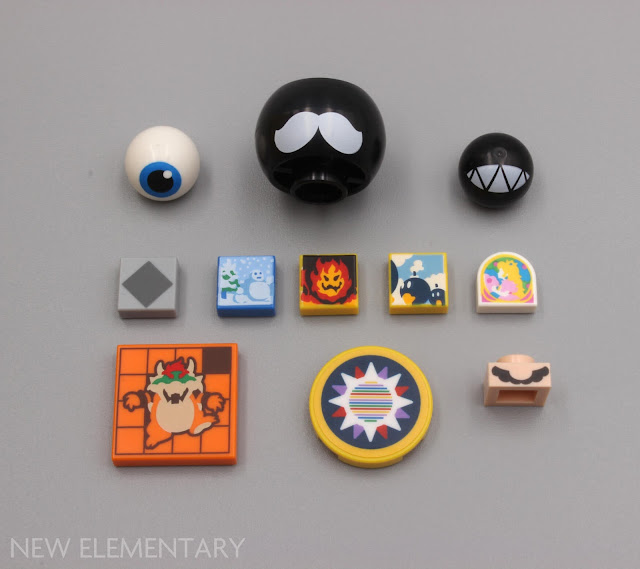 The set comes with several decorated elements, all printed (or stickered, for the barcode tile). 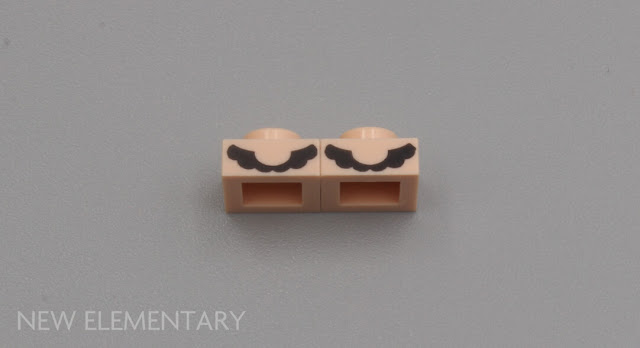 There is also a spare « moustache plate » in the set, and if you put them both side to side, it resembles eyelashes and makes me want to build a character with closed eyes.