Tim Goddard (@tim_goddard928) is back with another delve into the parts of yesteryear: an overview of various magnets the LEGO Group have included in products over the decades. 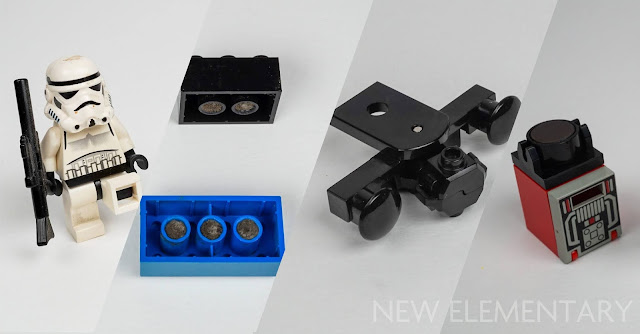 Magnets have been in LEGO® sets for a long time. They were first used as practical train carriage couplings starting back in 1967 and for were restricted to train sets for over two decades. A variety of parts were made exclusively for this purpose and they were just perfect for a bit of shunting and easy carriage separation.

There are a few variants of these train pieces and they are considered too old to receive complete catalogue entries on most sites, but you can find them on BrickLink under either Magnet or Train. They are split into two categories because, you know, BrickLink.

The main ones were:

These were attached to a variety of train bases in many sizes, including some with battery boxes. Examples include:

These magnets were colour-coded red and blue for ease of connection, and populated dozens of sets throughout the 1970s as well as a couple of supplementary packs (great for when these less-than-robust elements snapped off the base). 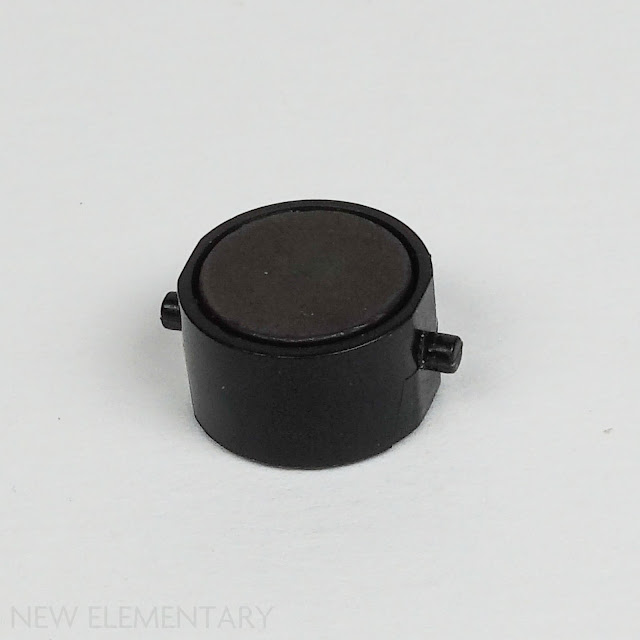 In 1980 what I and many others consider to be the classic LEGO magnet was introduced, part 73092. The magnet itself is the same diameter as a minifig head, and is wrapped in a plastic sheath with two connecting pins sticking out, shown below in blue. 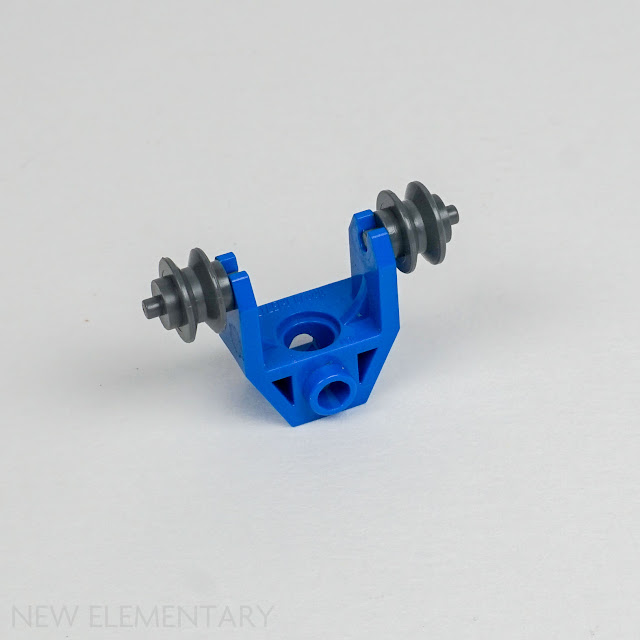 The pins are just about the same diameter as the pin found on a variety of small wheels, such as those often used with motorbikes, including the pulley wheel hub (3464) still found in sets today. 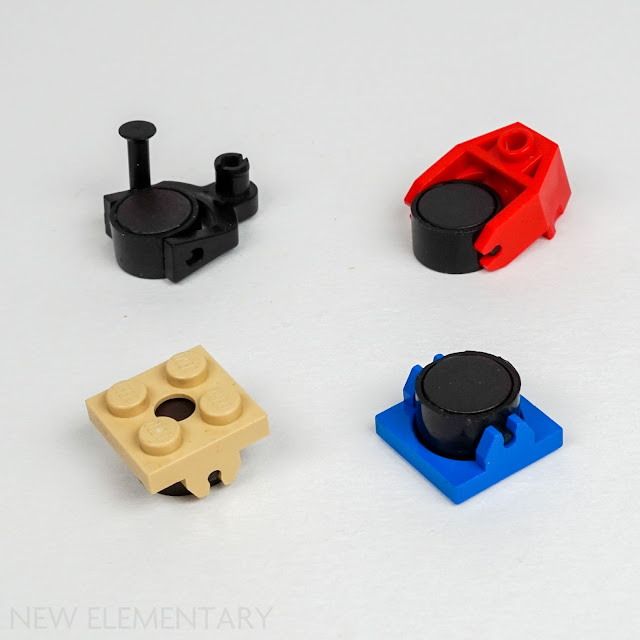 Various pieces were created right up until the late 1990s to hold this magnet to allow System compatibility:

Although this magnet was first created with trains in mind, 10 years later a momentous change occurred; these attractive ferrous cylinders branched out into other themes. 1990 was the year of M:Tron.

It was an attractive inclusion in the newest Space theme; you could now pick up various cargo crates without actually touching them, amazing!

The classic set 6989 Mega Core Magnetiser used this functionality to great effect and even after M:Tron ended in 1993, magnets stuck around. A mainstay of Space sets for many years, they could be found in inspired themes like the cool Ice Planet 2002, the evil Spyrius, the buzzing Insectoids and the... umm... confused UFO.

They were just as prevalent in the watery fantasy world of Aquazone for the lifetime of the theme and its spin-offs.They popped up in several other lines too, like Rock Raiders, Adventurers and LEGO Education sets.

By the beginning of the new millenium the 73092 magnet was largely only present in the Train theme once more, plus some Harry Potter train sets. The exception was several Star Wars sets, most notably as a means to hold panels in place on the mighty 10030 Imperial Star Destroyer.

Some new but disappointing magnet pieces did appear in this period. Two came from the Quidditch set 4767 Harry and the Hungarian Horntail in 2005:

These are both pretty weak and boring for use, at least outside of a game of Quidditch. They’re also very rare as they were never used again – perhaps an example of the kind of expensive element development that contributed to the near-collapse of the LEGO Group in the early 2000s – but there’s a more likely reason, as evidenced by the fact that these were not the only magnets to disappear at this time. Part 73092 was last used in a new set in 2008. Why was this? Were children losing interest in the attractions of physics? Were magnets becoming prohibitively expensive? The truth was a bit more gruesome.

Around this time there were an increasing number of reported cases of children swallowing magnets and becoming seriously ill. They could become attached to other ingested magnets or metal through intestine walls or other tissue, blocking blood supply and causing ripping. I do not think I need to go any further.

Obviously being the responsible company that it is, the LEGO Group could not continue to include magnets that could be swallowed and so 73092 stopped being used in sets. 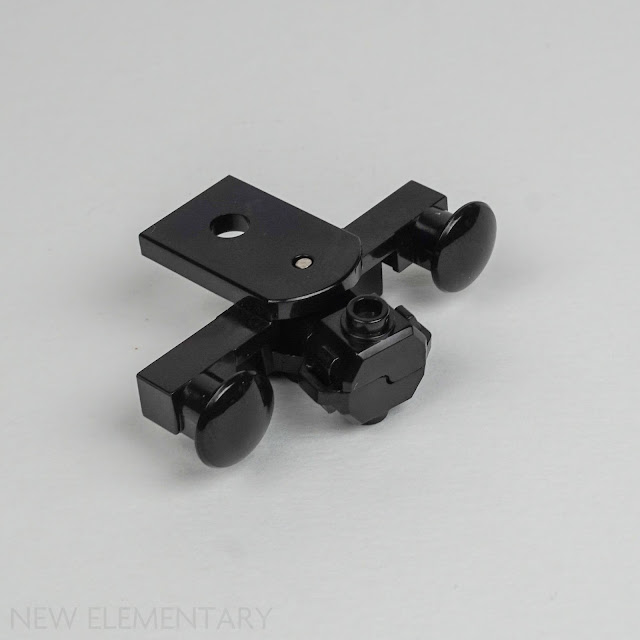 To ensure safety a new train buffer piece with integrated magnet was released in 2005, Train Buffer Beam with Sealed Magnets (64424c01). Far too big to be swallowed, this piece allowed the continued use of magnets in train sets but otherwise they disappeared from standard LEGO sets. Several other minor variants of train buffers have since been released with different element IDs. most recently in 2018, but the designs are similar and all use the same approach to magnet integration. 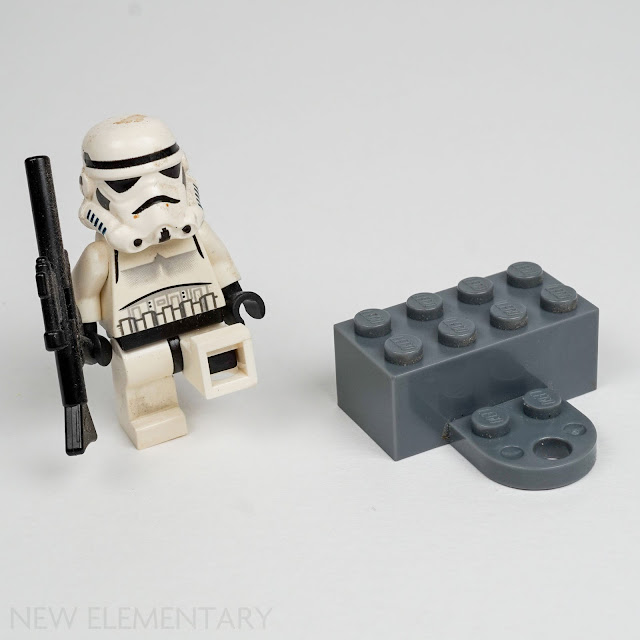 You could still get magnets in licensed third-party products (often categorised as ‘gear’) and in minifigure collections in various forms. The latter first appeared in 2006 with small powerful magnets in their feet, like this rather weathered Stormtrooper who has lived on various fridges as I have moved houses over the last 14 years. 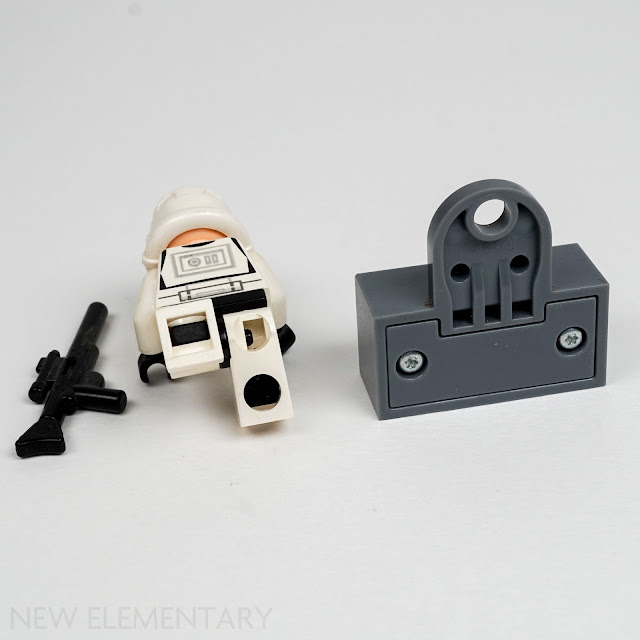 After a few years this changed to sets with Brick 2X4 W. Plate And Magnet (90754) which came with non-magnetised minifigures for display.

This changed again to a similar set-up but with the minifigs glued to the magnet base; this proved rather less attractive to fans who had mainly been buying the sets to get hold of the minifigs, so they soon faded away. Other iterations with a minifig on a round backing were also tried out, but didn’t last long.

There were a number of gear sets with 2-module wide bricks with magnets in the tubes, and even some 4x4 bricks but these were solid on the underside so you could only attach other bricks to the top. Some other products have been available but these were even less attractive.

All this history is building up to something new. Yes, early in 2020, magnets made a welcome return! Two LEGO City sets, 60243 Police Helicopter Chase and 60245 Monster Truck Heist, featured two new composite pieces. 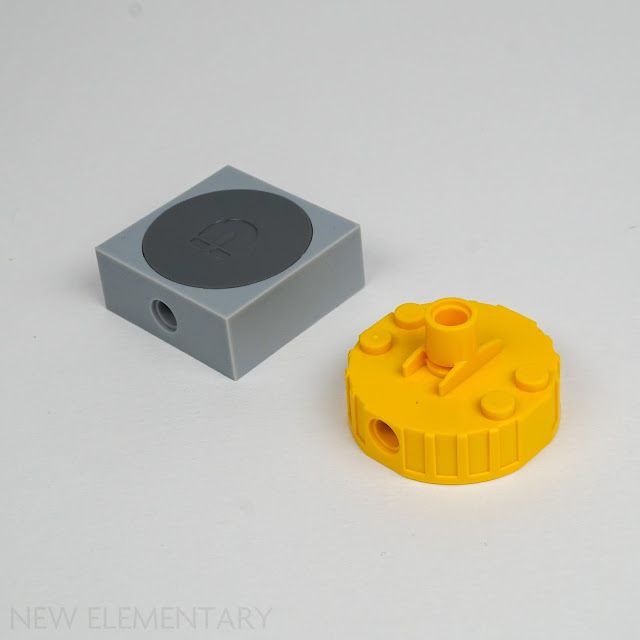 Tune in next time when I investigate these new magnets, cut one open to see what lies inside, and look at the rest of the contents of set 60243.