Ben Davies has received an exciting set from Billund to review for you today: LEGO® 40502 The Brick Moulding Machine which is priced 599 DKK and only available in LEGO House in Denmark. The products in this article were provided for free by LEGO; the author's opinions are not biased by this. 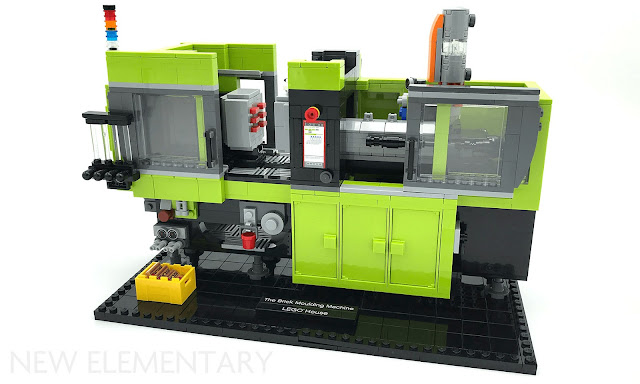 Announced earlier this month, 40502 The Brick Moulding Machine is the latest exclusive set from LEGO® House, and the second in the “LEGO House Limited Edition” series, following 40501 The Wooden Duck introduced in 2020. 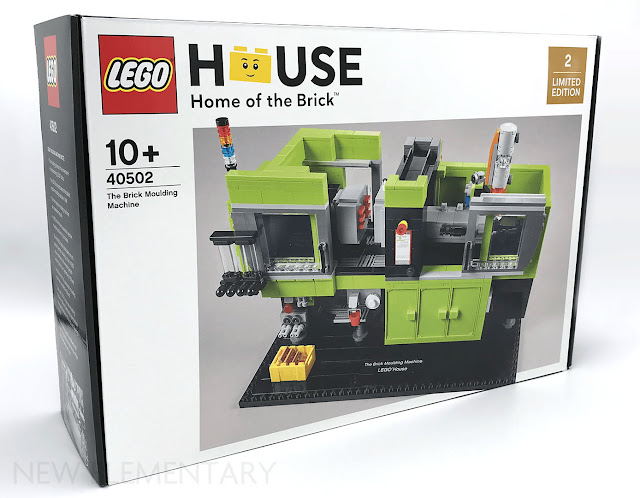 Like The Wooden Duck, The Brick Moulding Machines comes in a reusable box, suitable for storing the set in a disassembled state when not on display. 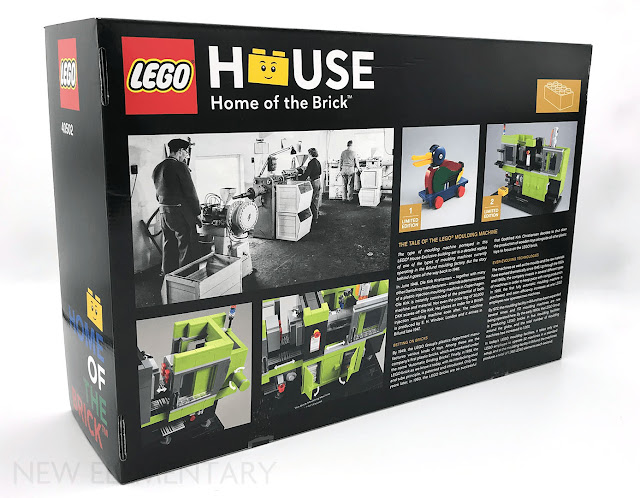 The back of the box features a historical image of the LEGO Group’s moulding facility, along with information about the history of the moulding process, and a collage of the sets in the Limited Edition collection. 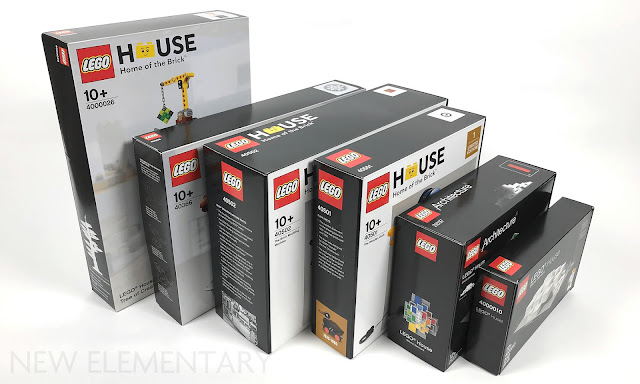 Compared to previous LEGO House exclusives, the size of the box immediately stands out; it’s almost twice as large as any of the other sets! 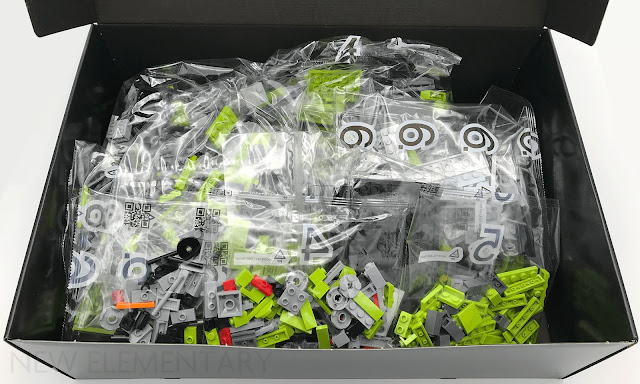 This hefty box is well deserved, however, as opening it up reveals that it’s packed to the brim with 15 bags of parts, plus loose instructions and a sheet with a single sticker. 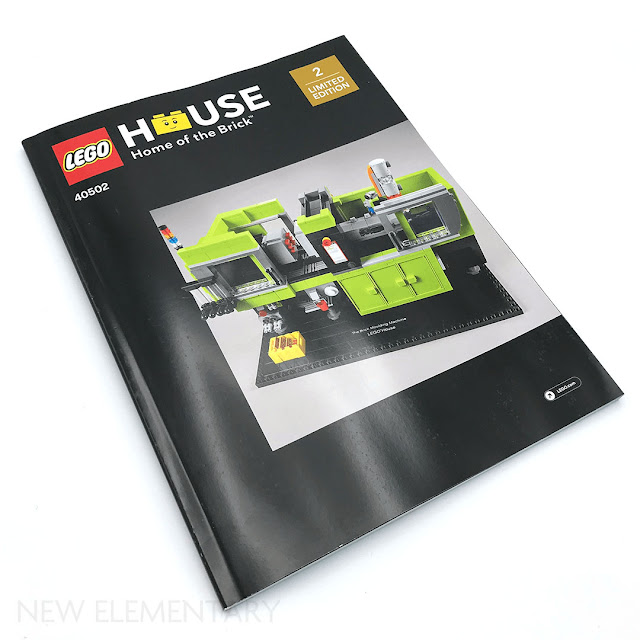 On that note, it’s worth briefly mentioning the instructions booklet for the set. 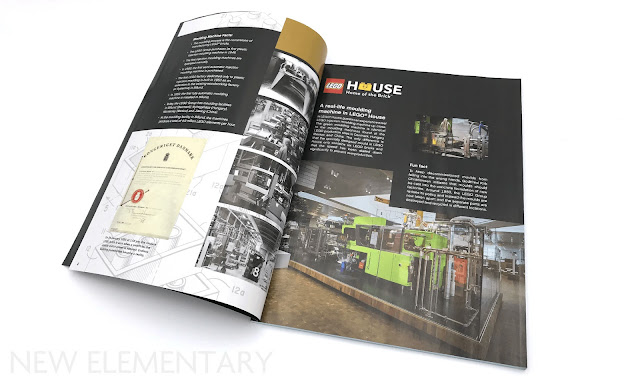 The first seven pages are all devoted to information on LEGO House, the history of injection moulding at the LEGO Group, and a brief introduction to the moulding machine which resides in the lobby of LEGO House.

Two new recoloured elements have been introduced for The Brick Moulding Machine, both members of the door family. 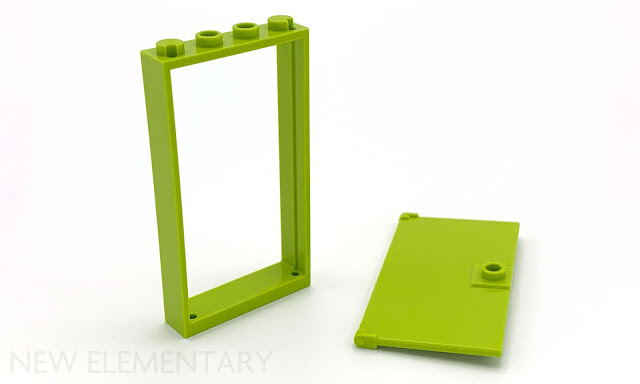 Recolours aren’t the only new elements in the set. Two exclusive printed elements have also been introduced. 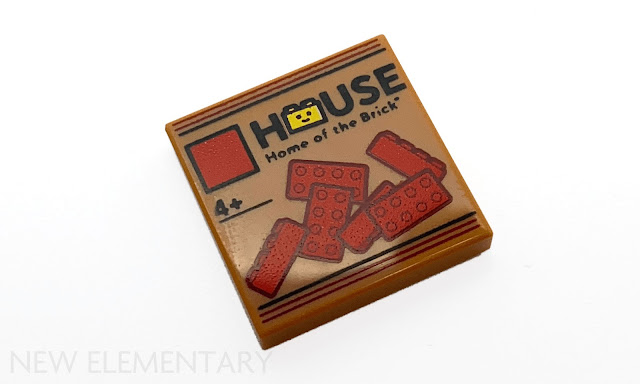 The first of these is Tile 2 X 2 With Groove With The LEGO House Logo And Red Bricks Print in Medium Nougat (6339892 | 3068), which features three times in the set. It’s intended to represent the 624210 LEGO House Six Bricks polybag given to guests at the LEGO House. Given that the polybag is transparent, Medium Nougat may seem like a strange colour choice. However, we’ve been told that this decision is intended to correspond to a forthcoming packaging revision, which will see the plastic packaging replaced with paper. 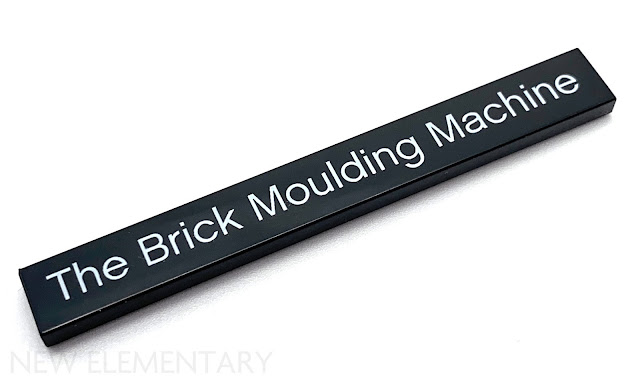 Great news! These two exclusive printed parts and the lime doors are currently listed on Bricks & Pieces! Please consider using our affiliate links: USA, UK or AU, for other countries 'Change region'. New Elementary may get a commission.

For all these exclusive elements, The Brick Moulding Machine isn’t devoid of rare elements, and in fact features four of note, though tragically features only one of each. 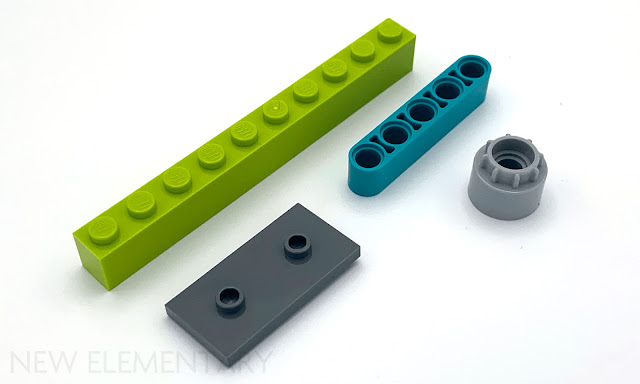 The following elements in 40502 The Brick Moulding Machine have all previously appeared in two sets or less:

Construction of the set is broken into eight stages. The first stage is quite straightforward, focusing purely on construction of the bottom of the machine, and the (sadly non-functional) conveyor belt which would carry the bricks once they drop out of the mould. 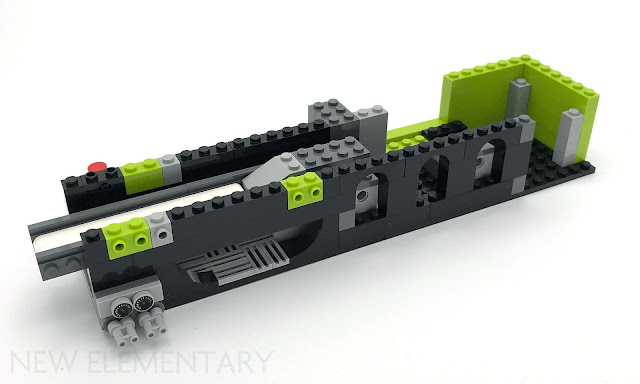 The second stage continues much like the first, completing the base of the machine. This is not to say it’s devoid of any fun touches, though; some subtle detail is also added, with nozzles and gauges, and the “Emne Affald” waste bucket which collects waste plastic from the machine. 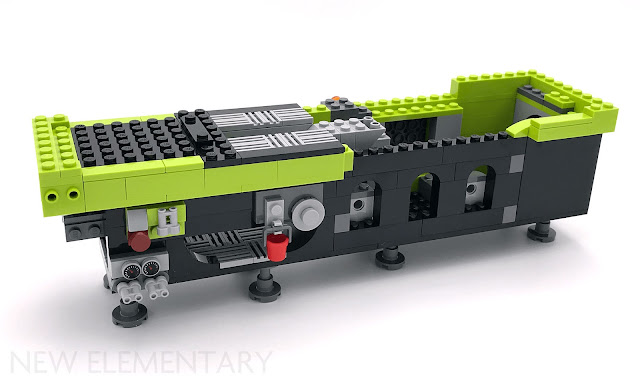 It is also at this stage that the first Lime elements are added to the set. While this colour choice initially received some criticism, it is easily the closest in the LEGO palette to the colour of the actual machine in LEGO House.

Bag three offers a pleasant change of pace, focusing on the electrical panels of the machine. The three panels are all built into a single section, and each door can be opened up to reveal computer detailing. 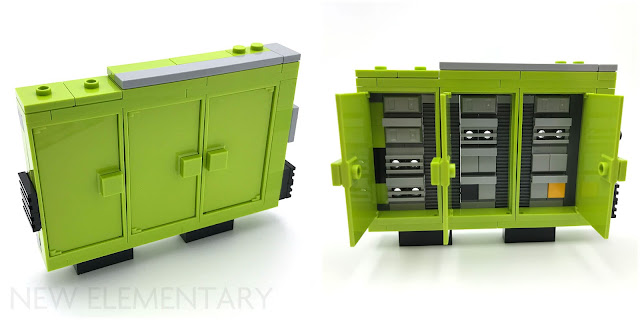 The finished electrical panel is then attached to the side of the main model with Technic pins. 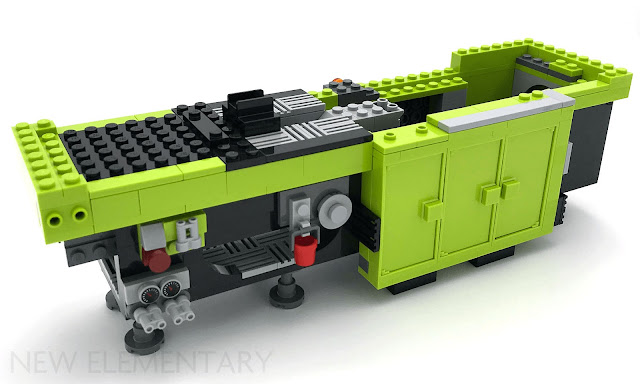 After the electrical box, focus turns to the positive brick mould, which is easily the most interesting part of the set, with a hidden play feature.

To move the mould back and forth, a crank mechanism is employed, converting the circular motion of turning the axle to reciprocal motion.

The end result is that, when the handle is turned, the positive brick mould goes back and forth, simulating the motion of the actual factory moulding machines. Once the mechanism and the shell are built, they’re mounted onto the rest of the machine. 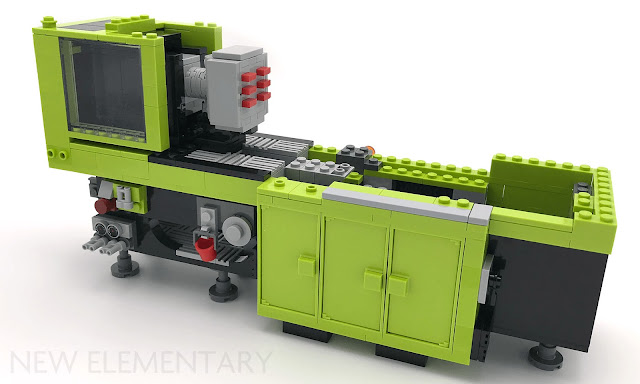 The fifth stage of construction returns to the assembly of the moulding machine’s exterior. It is at that point that the distinctive curved sliding windows are added to the machine, and access doors are added to the back. 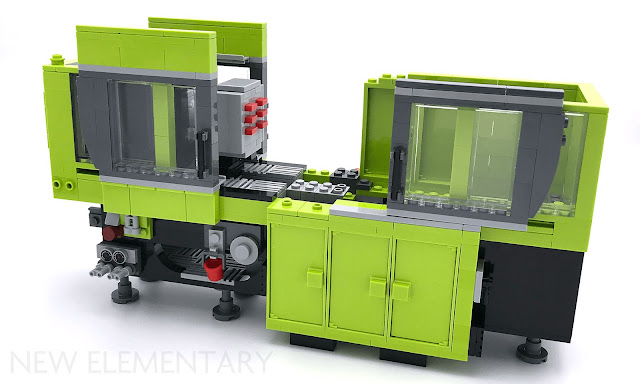 The next stage of construction focuses on the creation of the material loader for the moulding machine. The specific component being replicated is the motan METRO G, which is used for transferring the ABS pellets into the machine. 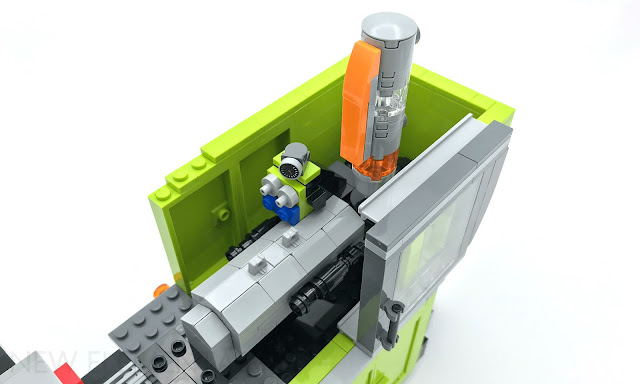 While a minor issue that is easily fixed, it is worth mentioning that the material loader is facing the wrong direction in all official set media, and should in fact be rotated 90º to face towards the outside of the machine.

The seventh bag of parts is used for constructing the remainder of the moulding machine body, notably including the negative brick mould. It is also at this stage that the single sticker in the set is applied, used to simulate the touchscreen on the side of the machine. 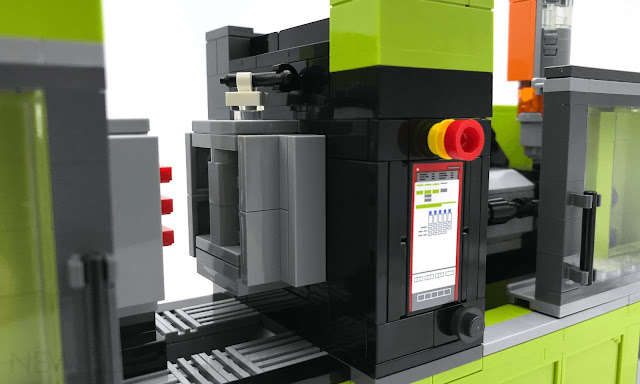 While each individual real-world mould requires approval from the mould qualification team at the LEGO Group, no such precision is needed here. The negative mould construction makes ample use of jumper bricks in order to create the indentations which the positive mould slots smoothly into, and brackets to attach the sides. 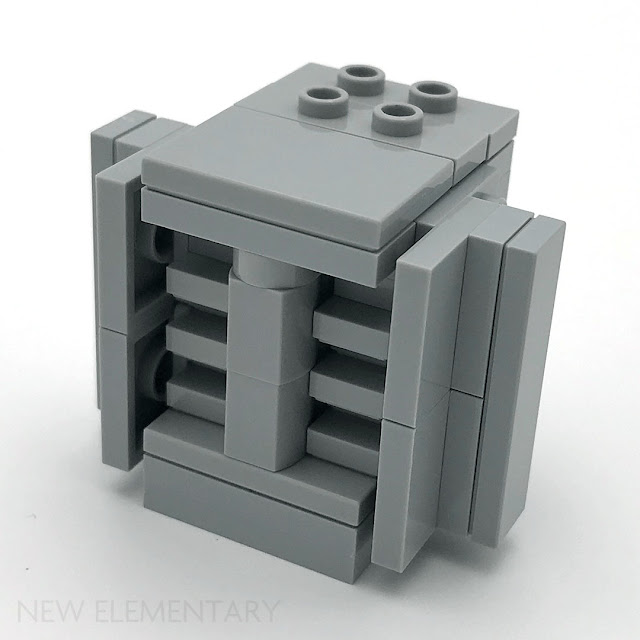 The final bag of elements is used for constructing a base for displaying the model. 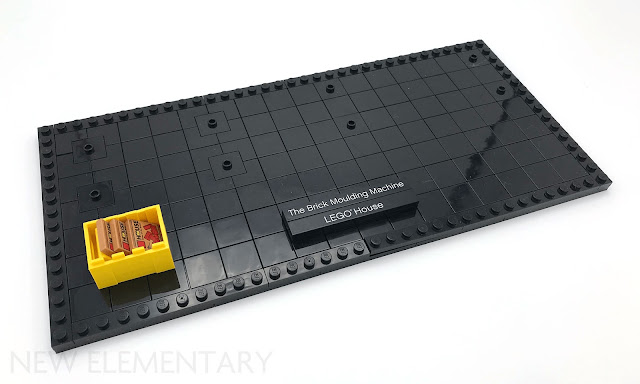 A few final details are also added at this point, including a crate of the polybags produced by the set, a status light, and the water flow regulator, which is used for cooling the real-life moulding machine.

Based on the machine at LEGO House, which is itself a modified version of an ENGEL victory injection moulding machine, The Brick Moulding Machine does an adequate job of portraying its subject matter. 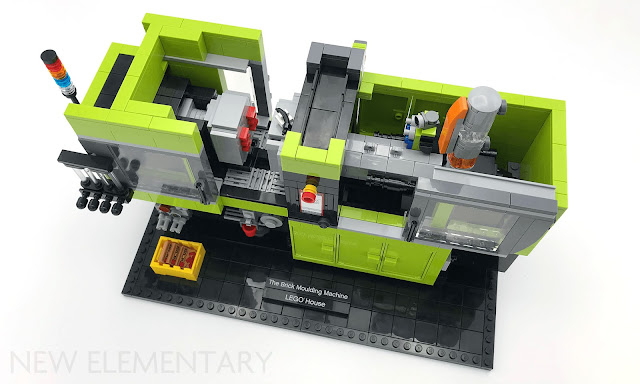 As with prior sets depicting real-life subject matter, the model cannot quite decide if it is attempting to accurately portray the original moulding machine in all its mechanical complexity, or an idealised version of one. As a result, the model suffers from an uneven distribution of detail, with some sections clearly receiving more attention than others. 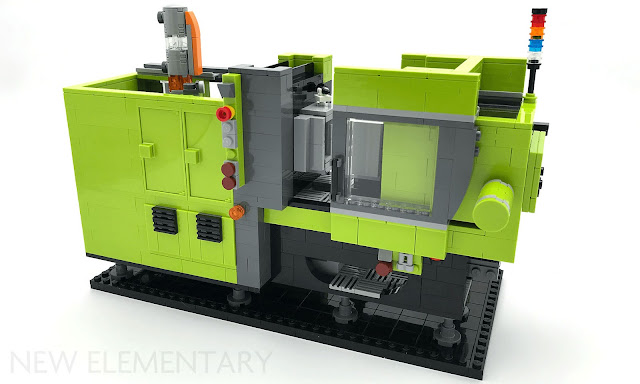 Still, it features all the essential components which are associated with the injection moulding machines in use at the LEGO Group, including the conveyor belt, moulds, control panel, material loader, and utility doors.

The highlight of the model is easily the moving mould, which looks spectacular in motion, especially when motorised as I have done here – a motor is not included in the set.

A model with an admittedly niche audience by nature of both subject matter and availability, 40502 The Brick Moulding Machine is a fascinating, if slightly imperfect, model focusing on the often overlooked LEGO manufacturing process.

Despite visual issues, the set remains eye-catching when placed on display, and represents a set that could only have been realised as a LEGO House exclusive. In light of this exclusivity, and the parts-to-price ratio of the set (0.59 DKK per part), it’s worth picking up if you’re lucky enough to find yourself at LEGO House, though not necessarily before the other exclusives available there.

Posted by: Admin Posted on 3/27/2021 11:08:00 am
Email ThisBlogThis!Share to TwitterShare to FacebookShare to Pinterest
Labels: Inside LEGO, Set review