Today, another new participant for this Parts Festival presents his first builds. Mansur “Waffles” Soeleman (Flickr & Instagram) is a former art & design student who, having just come out of his Grey Age (that's a semi-Dark Age), has been building with LEGO® elements seriously for just a year now, but mostly digitally.

For a newbie it is always an exhilarating surprise to be recognised for your work, and to be invited to challenges that only elevate your skills. Such was my reaction to find out that I had been recommended for this year’s second Parts Festival by several world-renowned Classic Space builders. 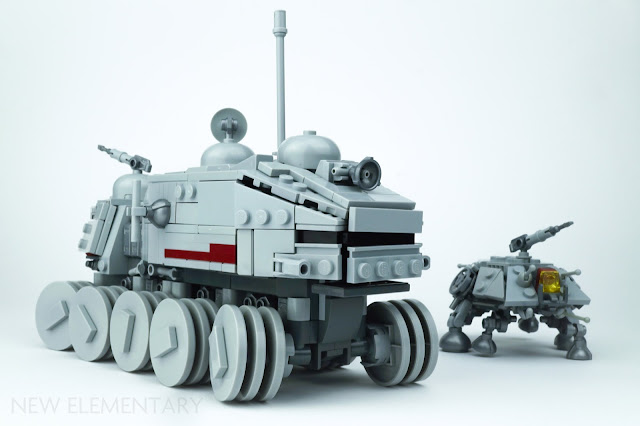 This mini (or rather micro) walker and larger vehicle inspired fellow Parts Festival participant Tim Goddard to improve my design and, as he showed with a teaser in his recent post, sparked an idea for a collaborative build coming soon. 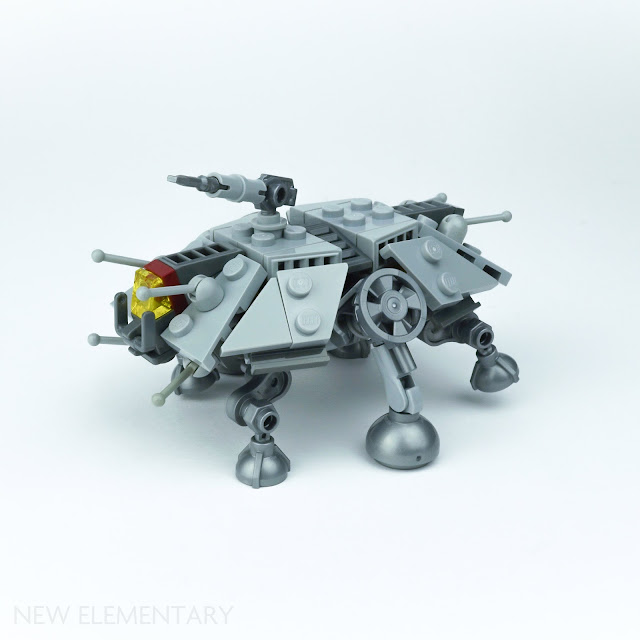 Of course, the two Batman accessory bags (Mini Accessory No. 10 – 40598 | 6266155 & Mini Accessory No. 11 – 50018 | 6266977) proved highly useful. The “crank”, “hip,” and “headlamp” parts created ideal legs for the AT-TE. The “circular saw” part combined with the grappler from the  for the central hip joint. A 90º bar is used as well, to connect the middle legs to the body of the iconic six-legged walker. The “phaser” part provides some nifty connections on the underside aside from naturally being great cannons. 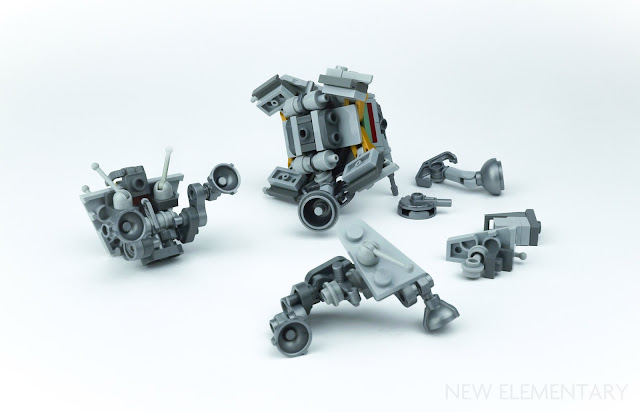 In the HAVw A6 Juggernaut, laying the “phaser” part down on its side was useful in mounting angled bits of the hull in a way that matched up the angle of 2x3 wedge plates (43722 & 43723). The “hip” parts can serve as a variant of 1x1 round plate with bar (32828), as I have demonstrated with attaching the suspension. The “headlamp” part as serves its part as a small radar dish and the side turret. 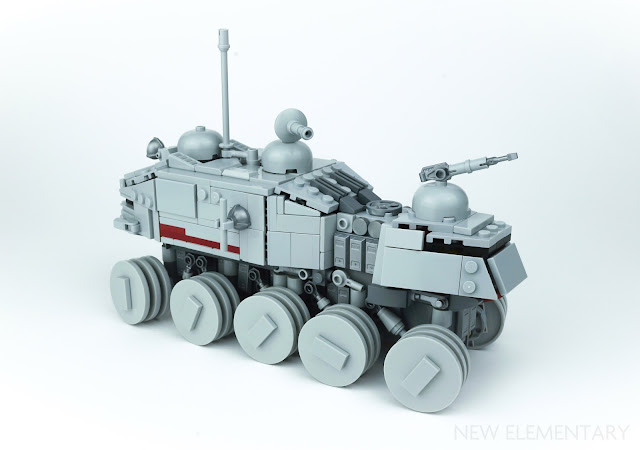 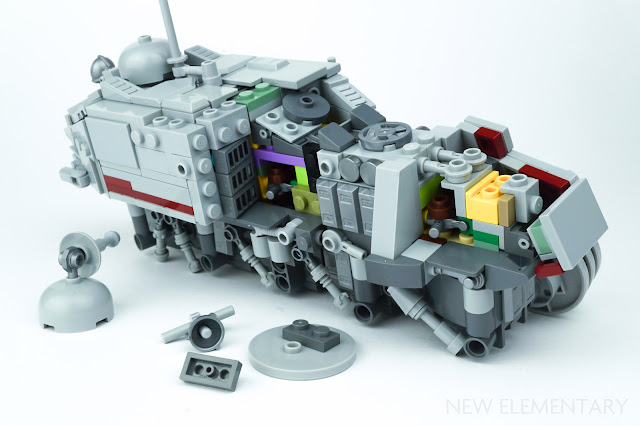 A few more bits from the Batman grenade pack were utilised - the fan part as a small greebling detail, and one of the grenade variants as the missiles in the functional pop-out panel. 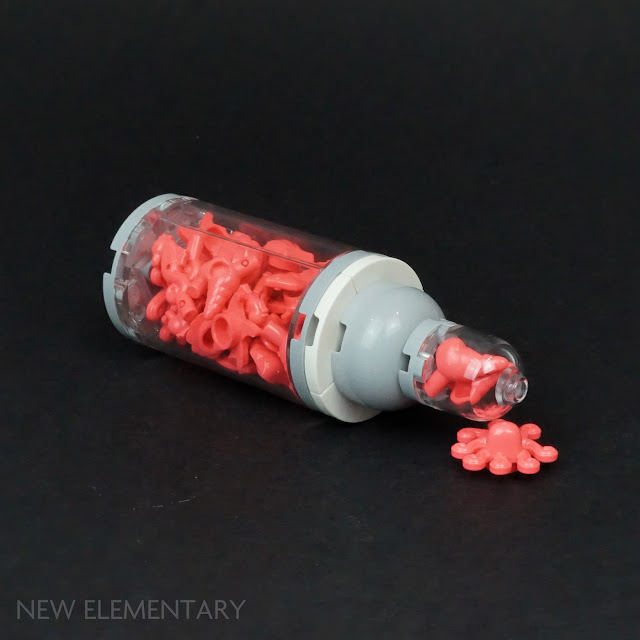 All those small coral-coloured parts clustered so close together resembled a baby formula, but what kind of baby would eat such a fishy baby formula? My son Birby the Porg of course! 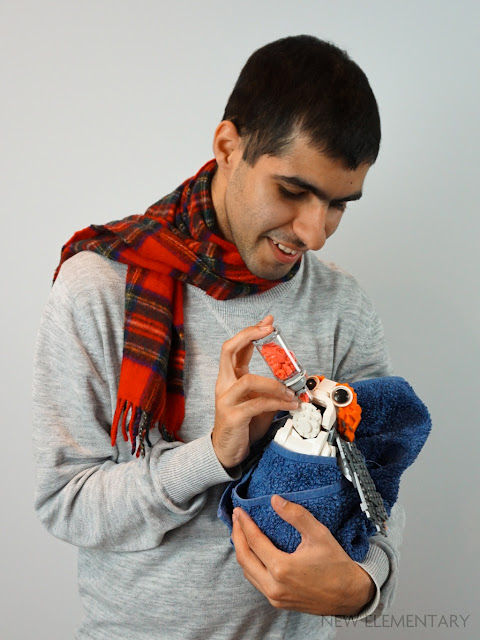 Products mentioned in this post were kindly supplied by the LEGO Group. All content represents the opinions of New Elementary authors and not the LEGO Group. All text and images are © New Elementary unless otherwise attributed.
Admin: Tim Johnson Posted on 12/13/2019 07:02:00 am
Email ThisBlogThis!Share to TwitterShare to FacebookShare to Pinterest
Labels: Parts Festivals, Space, Technique