For the Paredes de Coura (PdC) Fan Weekend in Portugal, Jonas Kramm had the idea of running a live New Elementary parts festival (see the parts selection here) and we are now in the process of showing you the results. Afterwards, some participants took the new LEGO® parts home to continue experimenting and today we show you the first result; created by Jonas himself. 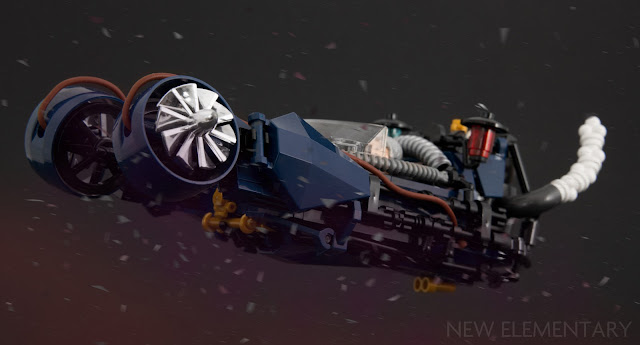 Inspired by Blade Runner 2049, I wanted to build something related to the movie franchise. The iconic police spinner vehicle has already been made by several builders in flawless ways, so I came up with the idea to give my model a more creative twist and mixed Blade Runner with the Steampunk art genre.

I really enjoyed building this creation, as I had a rough plan of what it should look like at the end, but also had the freedom to change some things and add steampunk greebles. 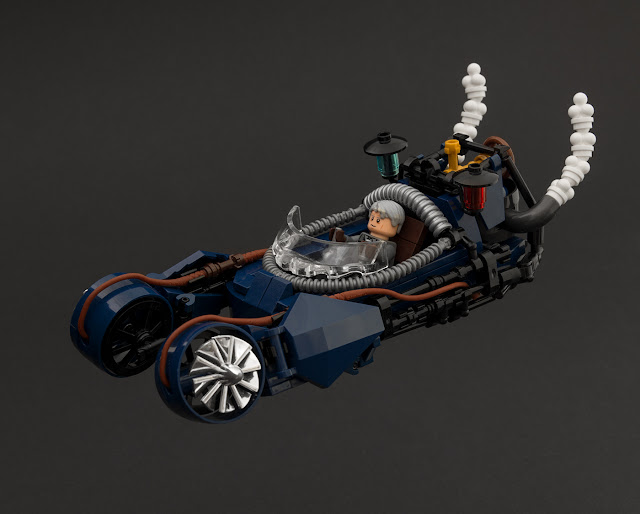 Upon choosing Earth Blue [TLG]/ Dark Blue [BL] for the main colour of this vehicle I immediately got the idea to include some of the new elements that were part of our workshop at the Paredes De Coura (PdC) Fan Weekend in Portugal. In particular I started my build by combining the turbines on the front with the new Nexo Knights pentagonal cockpit (Element ID 6166852 | Design ID 27262). 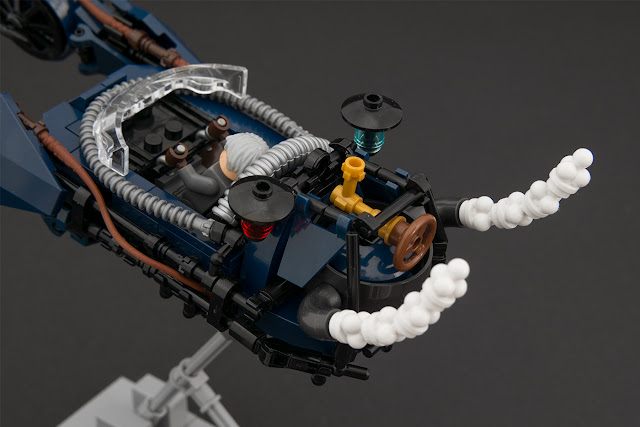 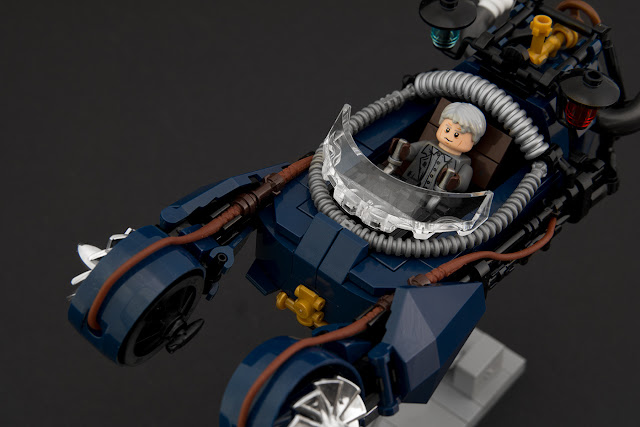 I tried my best to cover the underside of the spinner as well and therefore used another Nexo Knight cockpit. In addition, two 2x2 wedge plates (Element ID 6164071 | Design ID 26601) in Earth Blue can also be found here. 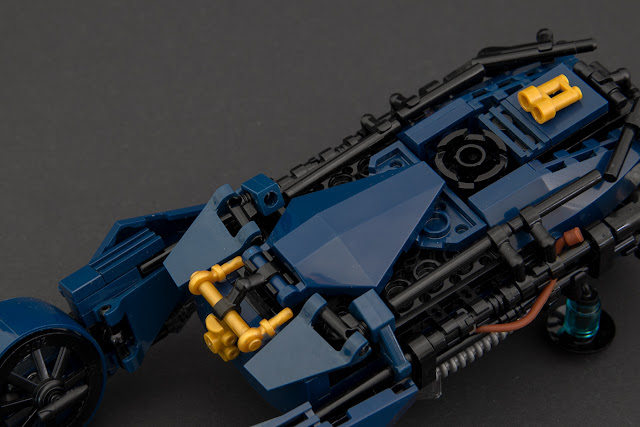 Products mentioned in this post were kindly supplied by the LEGO® Group. All content represents the opinions of New Elementary authors and not the LEGO Group.
Admin: Tim Johnson Posted on 10/09/2017 07:15:00 am
Email ThisBlogThis!Share to TwitterShare to FacebookShare to Pinterest
Labels: Parts workshop