At the Paredes de Coura (PdC) Fan Weekend in Portugal we ran a live 'parts festival' workshop and afterwards, some participants took the new LEGO® parts home to continue experimenting. Alexandre Campos (the Ambassador for PLUG, the Portuguese LEGO User Group) is usually a LEGO Technic builder, so it's a good thing that our parts festivals are all about challenging people! Alexandre sent us this build using the parts and explains how the parts inspired him.

"Guys, I think we got the wrong address. Could you open the portal back home? Uh, guys? Guys?..." 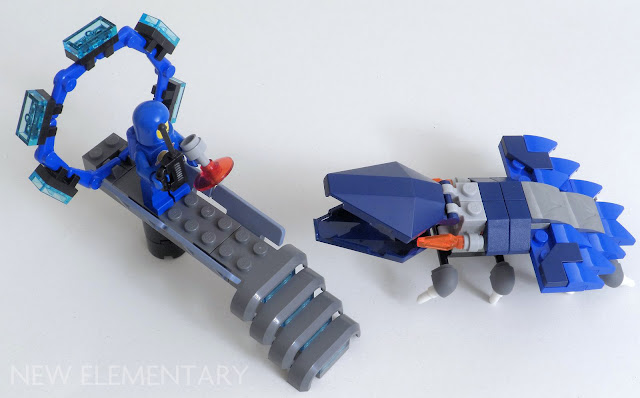 This MOC resulted from experimenting with the elements: seeing how they connected with each other and how they looked. Since I'm more of a Technic guy, I don't have an abundance of System stuff to use the elements with, and that, combined with their colours (mainly greys and blues), provided an interesting challenge. I think the stairway and portal came out all right, the Poncho Crabagator not so much. 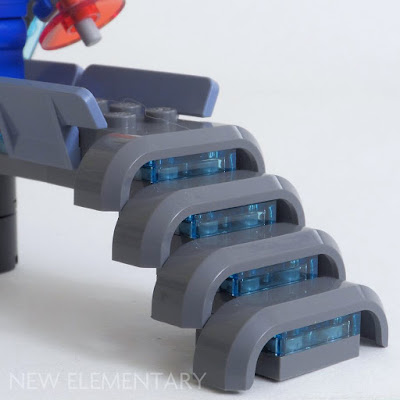 The stairs were the first to be created. I was playing with the car mudguards (Element ID 6178912 | Design ID 28326), seeing if they could attach to each other, when I noticed they could form some nice Sci-Fi-ish stairs. The stairs had to lead somewhere, and a catwalk was a natural choice. 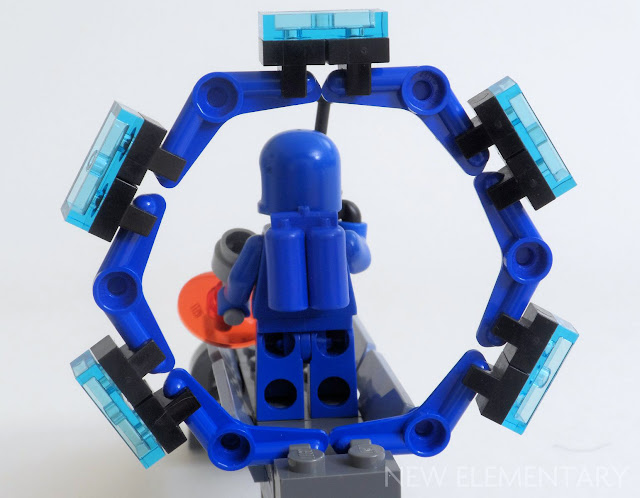 Initially I wanted to use the boomerangs (6153574 | 25892) as multiple legs for the Poncho Grabagator, but if a boomerang could clip to an element by one of its wings, why not clip by both? Then I tried to see if the boomerang's geometry could form a closed shape by joining several of them, and yes it does! There's a peculiarity with the boomerang's clip connections, though: they're quite snug and hard to adjust once clipped, and the clipped element tends do droop slightly. In the case of this scene, it means the portal tends to tilt backwards, and it wasn't easy to have it perfectly vertical, with all the projected "illuminated" segments straight. 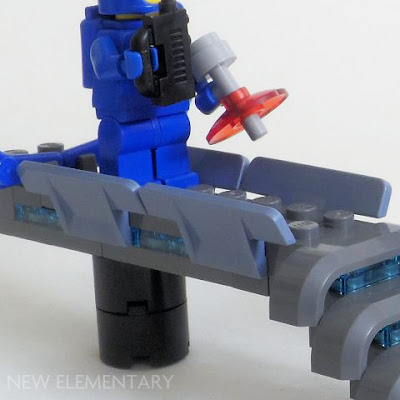 I was thinking how could I use the car spoilers (6192787 | 30925) which are, in my opinion, too vertical to be effective spoilers. I found out they serve quite well as very, very short handrails for the catwalk. Still not OSHA-compliant, but at least they offer some (little) protection and look cool. 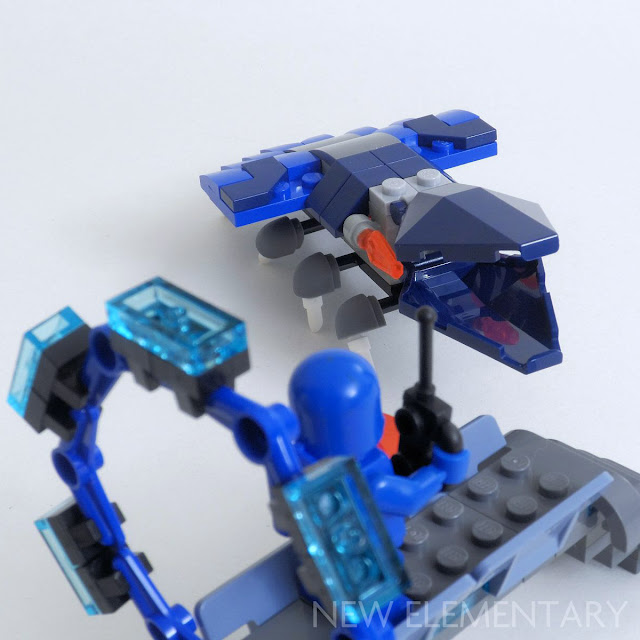 Then came the Poncho Crabagator: I wanted to use two cockpit elements (6166852 | 27262) for jaws and the rest of the body went from there, with the orange eyes' shape matching well the openings of the jaws. 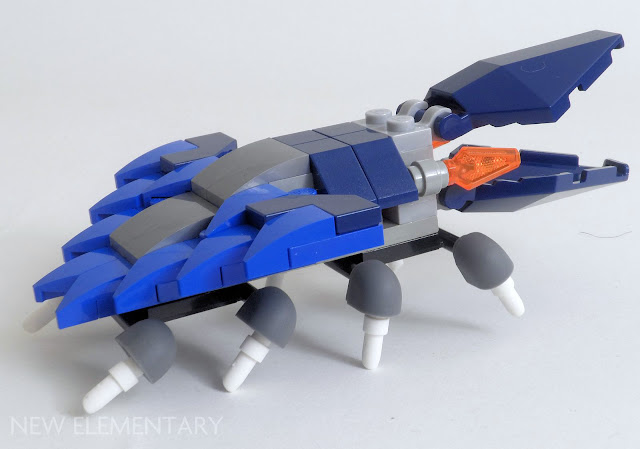 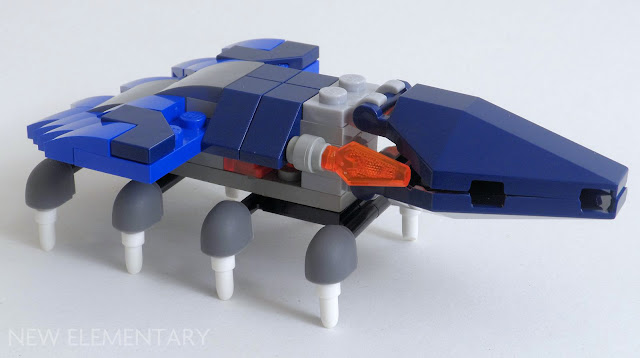 With the scenery (and a very ugly actor) in place, all I needed was a story, and the unfortunate astronaut got volunteered to provide it. 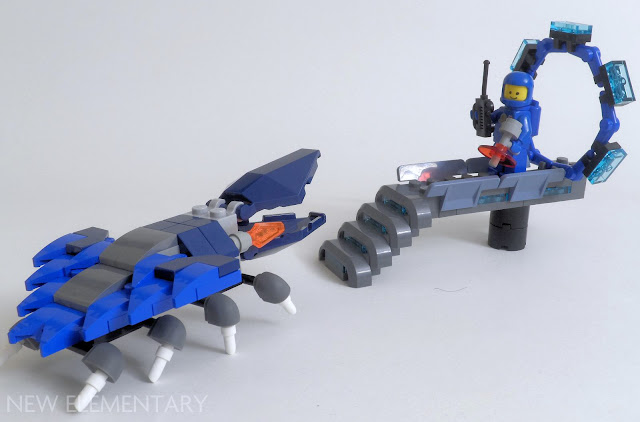 This was an interesting exercise in finding alternate uses for elements I wasn't familiar with, and I hope I was successful in that regard. At least I had some fun thinking outside my "comfort zone".

READ MORE: See what other people built using the same parts, during our live workshop

Products mentioned in this post were kindly supplied by the LEGO® Group. All content represents the opinions of New Elementary authors and not the LEGO Group.
Admin: Tim Johnson Posted on 10/14/2017 02:02:00 pm
Email ThisBlogThis!Share to TwitterShare to FacebookShare to Pinterest
Labels: Parts workshop, Space, Technique