I'm not a big fan of vehicles, but I love a good arch. That's why I store my LEGO® mudguard pieces in my box of arch bricks instead of my 'vehicle bits' box! Mudguards make interesting arches, especially for the tops of windows.

So I was happy to see a new mudguard come out last summer, called 'Mudguard 3X4, W/ Plate, No. 1' by TLG and 'Vehicle, Mudguard 4 x 3 x 1 with Arch Curved' on BrickLink. I chose it, in Dark Stone Grey [TLG]/ Dark Bluish Gray [BL], to be one of the pieces featured in our PdC Parts Festival workshops in Portugal where it proved very popular. Today I want to explore its geometry a little more, in the hope of inspiring you to use it in interesting ways. 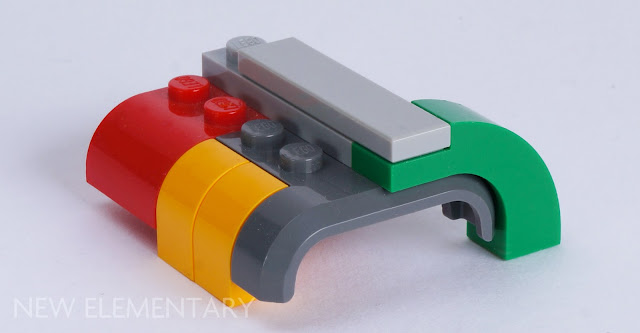 The striking thing about its curves is that they are very much in-System. You can see above how it matches existing curved slopes like Design ID 6091 and 6215, or you can cover it up with bricks such as the half-arch 6005 (or better yet, 6183, not pictured here).

I exploited the matching curves by using another part in this family of bows, 6081, to create a little Space silo. 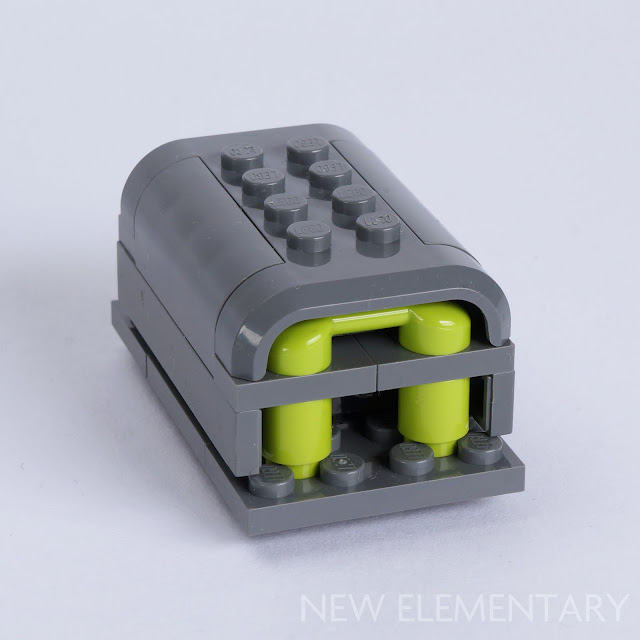 Today we're going through the round window 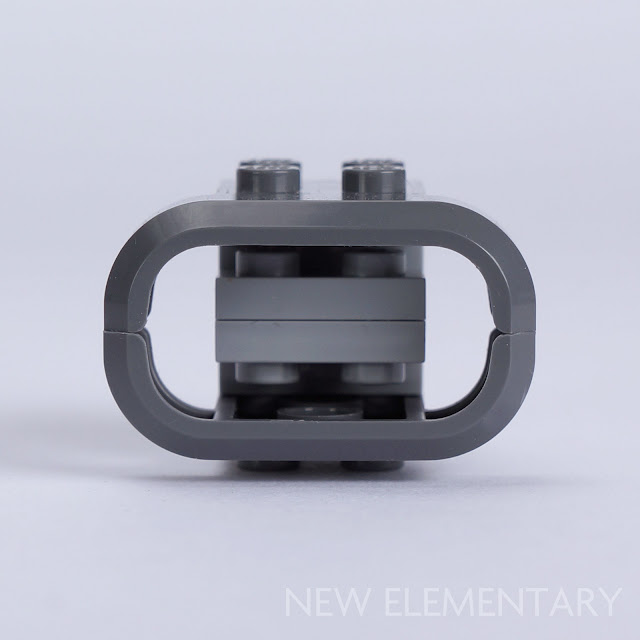 There's something immensely satisfying about using a SNOT technique to invert curved shapes by 180°. I recall it being the first thing I did when I came out of my Dark Age, and indeed several builders tried it out with this new mudguard during our workshops. For example, Bill Ward used them to add vector thrust capability to a spaceship and I promised to break down this technique so you can try it yourself.

There are many ways to skin a cat and the way you achieve the 180° reversal will depend largely on the needs of your model, but I think the simplest approach is to use the SNOT piece 99206 as shown above It certainly one of the most useful new pieces TLG have released in recent years.


Out with the old guard

I wondered how the new mudguard fitted with older mudguards, and tried the same SNOT technique with the larger mudguard 50745 which dates back to 2004. 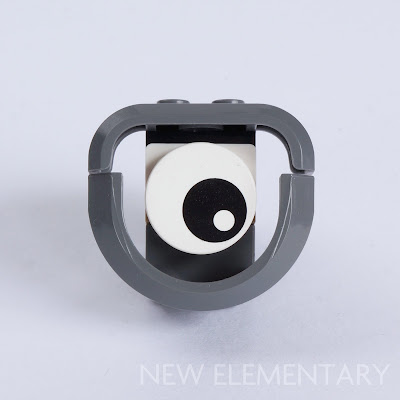 As you can see above, it's not a great match, as their rims are different thicknesses. On older mudguards like 50745 and 98282, the thickness is equivalent to the height of half a brick. This is an extremely rare dimension in the LEGO System and so I am not surprised that the boffins in TLG's Design Lab have ditched it within this new mudguard, which is instead equivalent to the height of a plate. 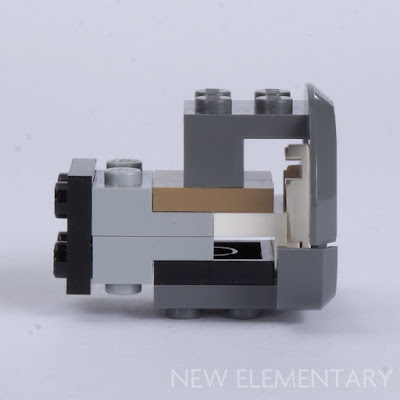 This side view which shows you the technique also reveals that the new mudguard (now at the bottom of the pic) is much deeper - equivalent to the full width of a 1x1 brick (a.k.a. 1 module) while the old one is equivalent to the width of half a module. Half-module widths are also uncommon in the LEGO System, but as you see above it's easy to make the old mudguard flush to the grid by putting it on a jumper plate, which offsets pieces by half a module. 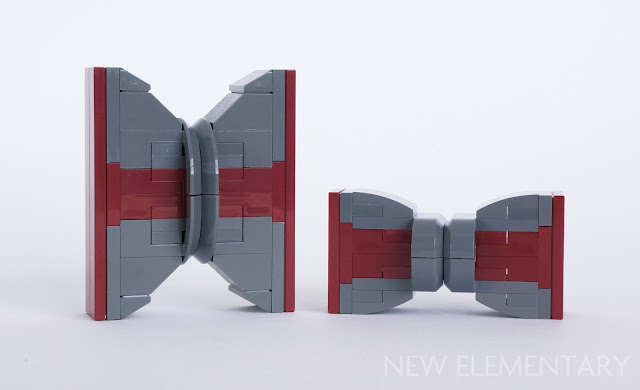 The half-module depth of old mudguards is fun to play with, though. In the lefthand tablescrap shown above I placed them face-to-face to create an interesting loop that looks like it has been scored with a "V"-shape, which I exaggerated by adding 45° slopes. As shown above right, the same concept is still possible with the new mudguard but it's clunkier. Actually this one ended up looking like a bowtie! 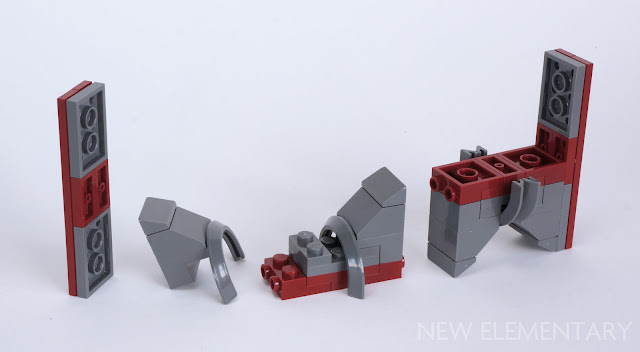 Vehicle, Mudguard 4 x 3 x 1 with Arch Curved comes in 15 sets in four colours, at time of writing. Click the links to see prices and availability on BrickLink.

Have you used LEGO mudguards in a clever technique? We'd love to see your models; comment with a link below. (You can use 'a href' tags to create active links if you know how.)

Products mentioned in this post were kindly supplied by the LEGO® Group. All content represents the opinions of New Elementary authors and not the LEGO Group.
Admin: Tim Johnson Posted on 10/23/2017 06:19:00 am
Email ThisBlogThis!Share to TwitterShare to FacebookShare to Pinterest
Labels: Old parts, Technique