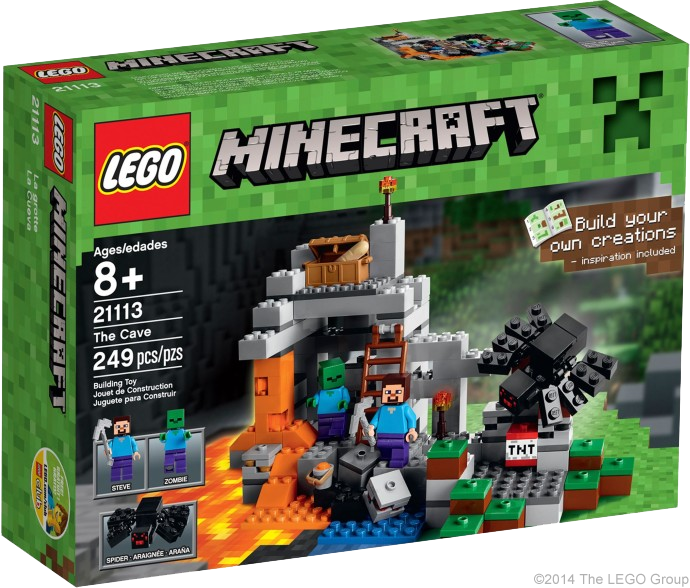 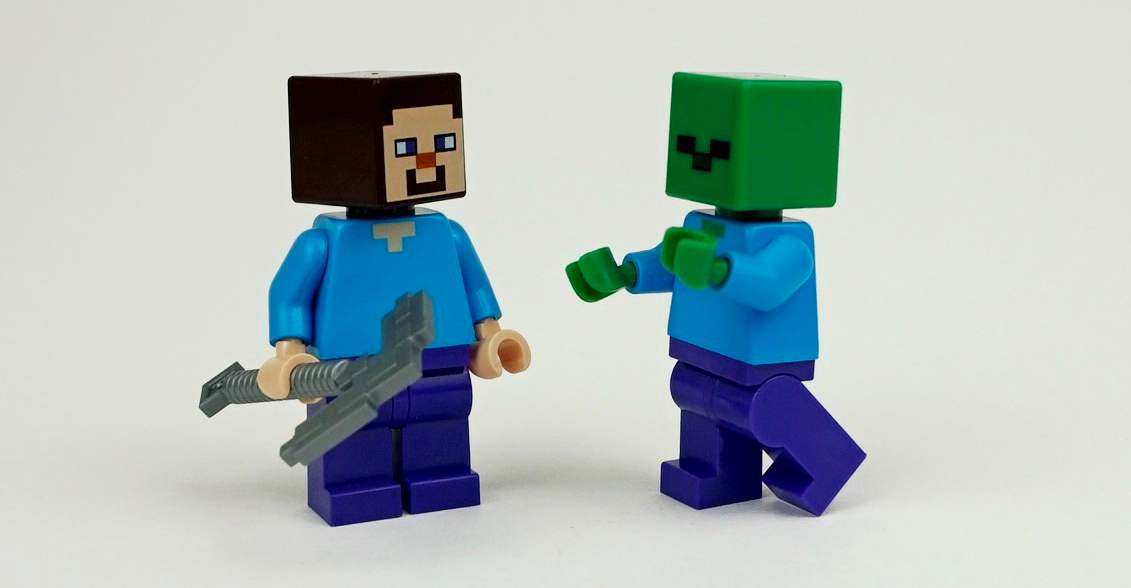 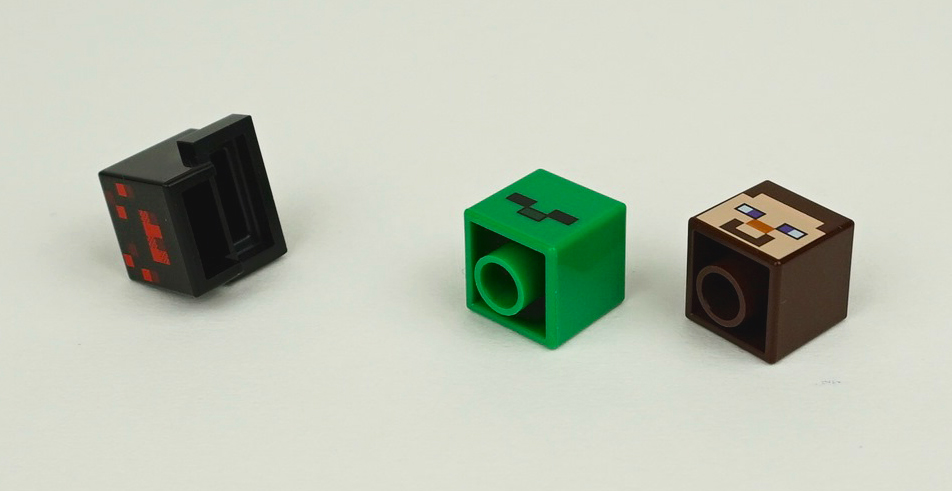 The first thing that jumped out when I first saw pictures of these sets was the minifigure heads: a strange and warped version of the classic minifig head which jarred in my mind. Like Woody and the Simpson figures before, once I got them in my hands they seemed to make much more sense. After all the classic minifig is hardly an accurate anatomical study of the human form but we all love them. There are two designs for Minecraft heads: the animal head and the figure head. Tim J will be investigating these new parts in more detail in a few days' time in his review of 21114 The Farm. 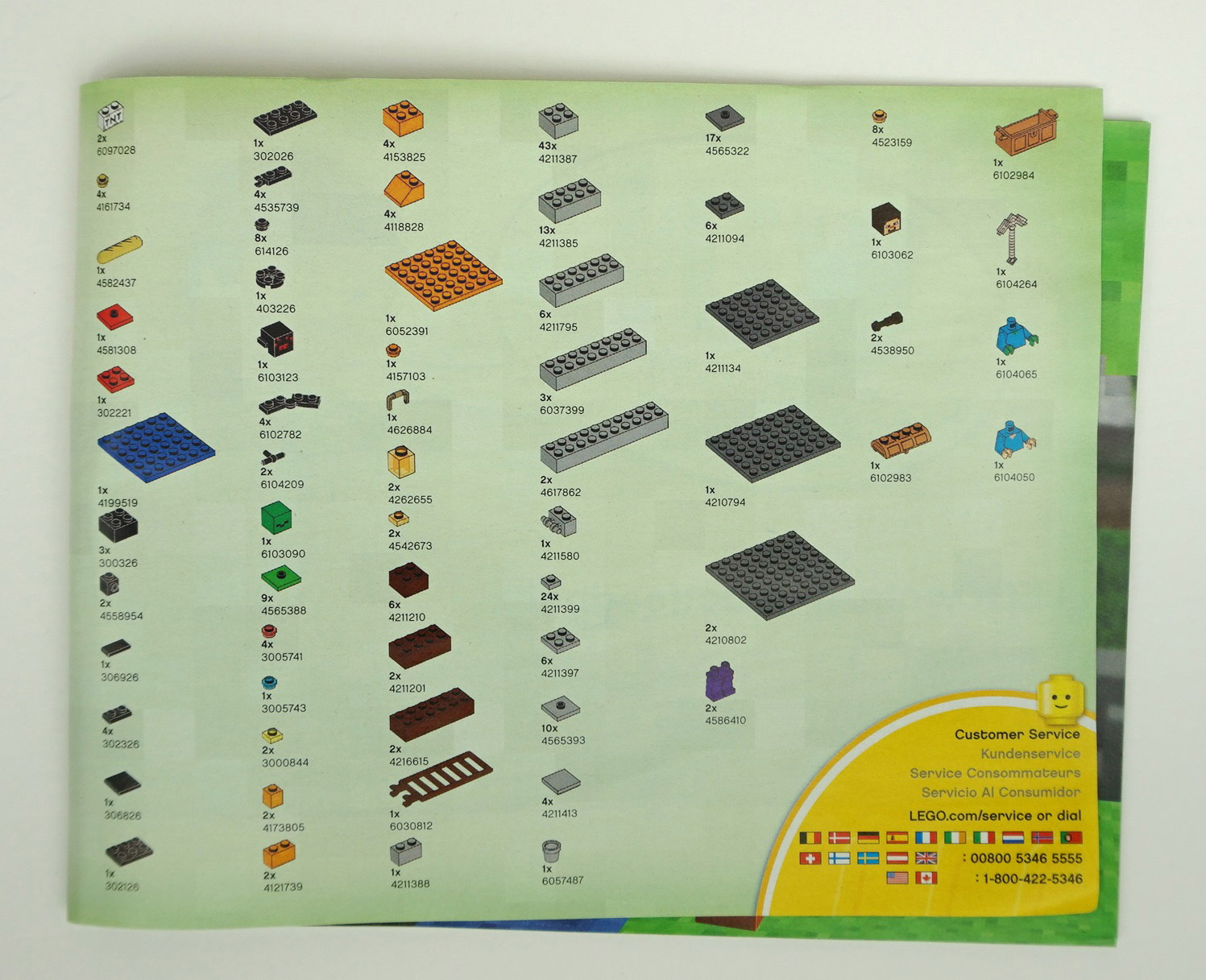 BrickLink sellers love classic bricks like these as having them in any sort of quantity brings punters rolling in. If these Minecraft sets ever go on offer they will disappear before you can say scalper. The other nice bulk part are the 24 1X1 Light Bluish Gray plates (4211399 3024); I can’t ever get too many of these. There was one other pleasant surprise but I’ll come to that in a minute. The set construction was straightforward and fast. No clever SNOT here, not even a bracket. The finished set is broadly a grey structural cave with orange lava to the left, a plate of blue water in the middle and green grass to the right. Apart from the characters, the play value comes from lots of cubes comprising various minerals, TNT (two nice printed White 1X2 bricks: 6097028 3004) or just stones. These each have a 2X2 jumper plate on top, which has a lot less clutch power than the four studs of a regular 2X2 plate, so when stacked these blocks can be moved around easily. Minimally they can only be stacked straight up (OK, you could stack them off center but you are not supposed to). I suspect they should be correctly built or removed when the ordinarily named hero figure, Steve, uses his pixelated axe.

. Always nice to fill in some basic blanks. Other than those and the character pieces there is one other new piece. Are you ready? You've already seen the picture haven’t you?

Yes, a pneumatic T piece in Black (6104209 4697)! This makes me very happy. I thought I was stuck with grey forevermore. There are two plus a spare in the set. The spider uses two of these and is the cleverest part of the build. The middle legs attach to the T piece with Black 1X2 clip plates, and a hinge plate connects under the clip plates to form the front and back legs. 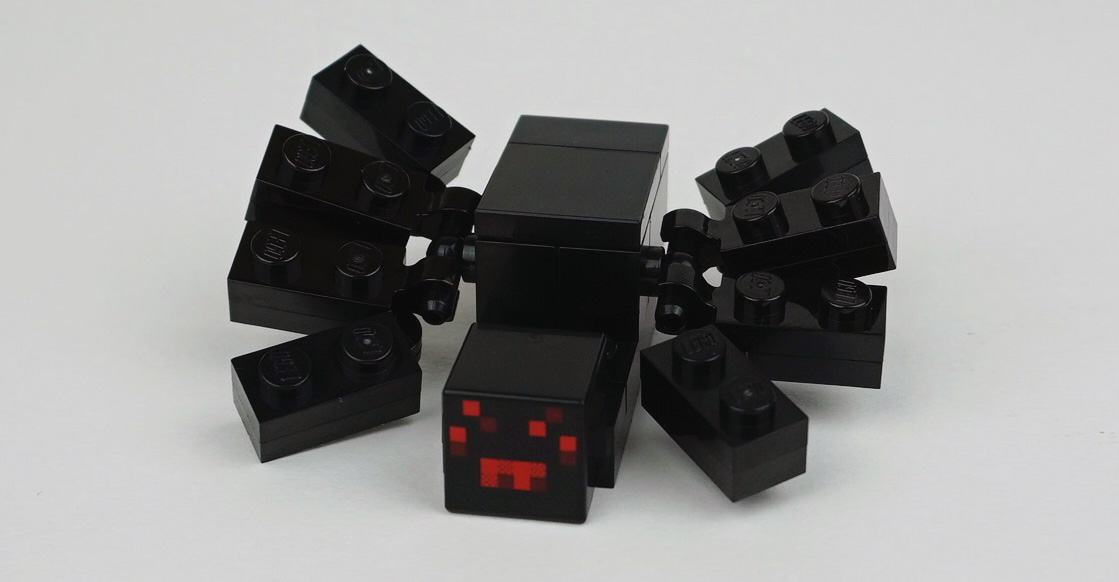 One anomaly I spotted when doing my research was the Black hinge plate Element ID number, 6102782. Brickset has this number as currently not existing but this element has been around since the 1980s; until now it has used the very old 5-digit Element ID 74011. I can only deduce that a new mould has been produced although I cannot see any obvious change. The two halves come apart as ever they have.

I did not think I would have much to say about this set but I seemed to have found plenty to go on about. LEGO and Minecraft are an obvious and natural mix, how can it not be? Kids are happy, Parents are happy, AFOLs are happy, Bricklinkers are happy and finance directors are happy. I’ve got a black pneumatic T piece. Everyone is happy. 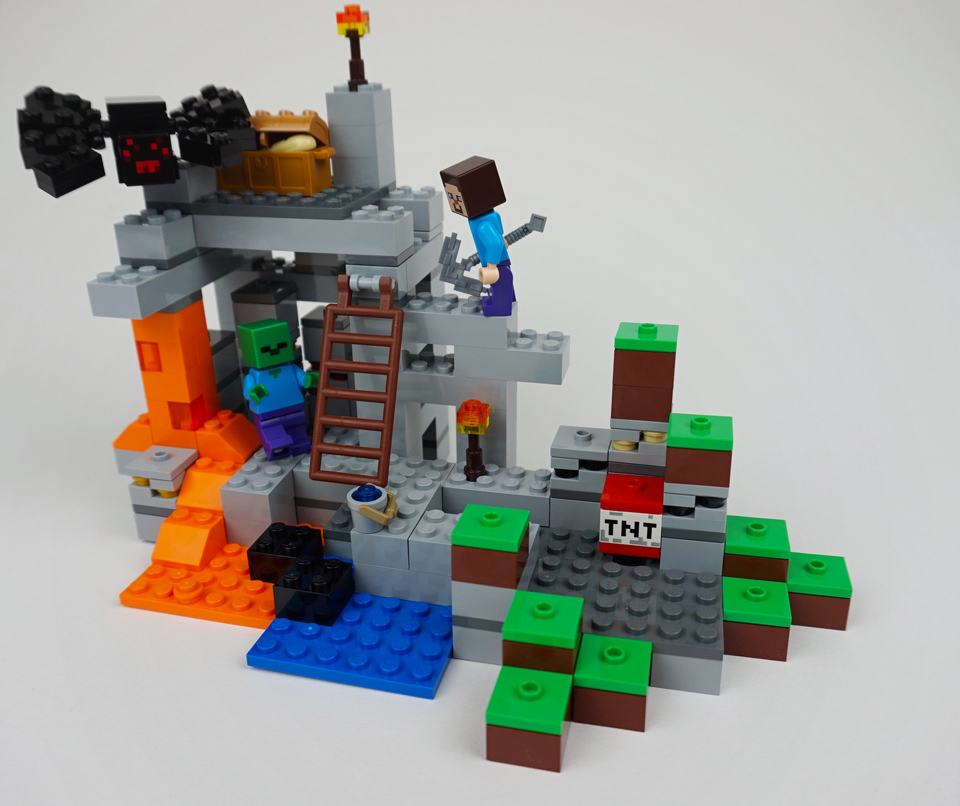 21113 The Cave is released on 1st November 2014. Prices have not been officially announced but the Bluewater LEGO Brand Store in the UK are already selling it, for GB£19.99. Brickshop.nl have listed what are possibly the Dutch RRP prices for the Minecraft range, and are currently offering 15% off.  Consider using our affiliate links to buy it (or anything); this helps support New Elementary!