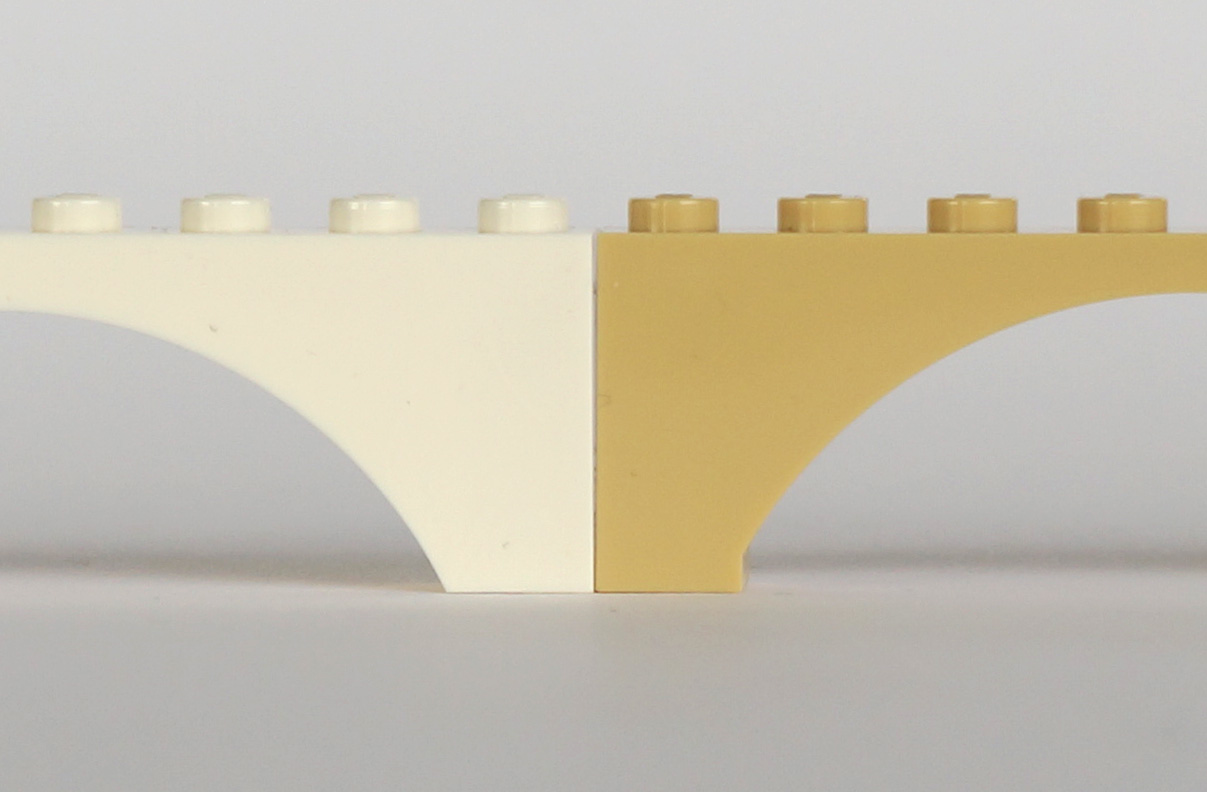 There are many reasons why LEGO® parts get redesigned, for example to strengthen a part or to improve the moulding process. But sometimes a whole 'family' of parts will get redesigned, and this process can take years for TLG to roll out because moulds need to reach the end of their working lives before the expense of replacement is undertaken. Over the last five years or so, the family of arched bricks have been altered and I was prompted to write this post because what I think/hope is the last of these, the 1X8X2 arch, has now begun to appear in its new form. The essential change to arched bricks is that they are being "raised" - the interior curve no longer sits flush to the bottom of the brick.


In 2009, the 1X6X1 arch had its curve raised and the new top point of the curve now sits one plate below the top of the brick. If employed as an arched top to a door or window the difference is negligible but for other uses, such as adding inverted slopes underneath, it introduced an unwelcome vertical facet.


In 2011 it was the turn of the 1X6X2; the original version being amongst the most beautiful of LEGO bricks in my humble opinion thanks to the semicircular curve and its proportion compared to the brick itself. 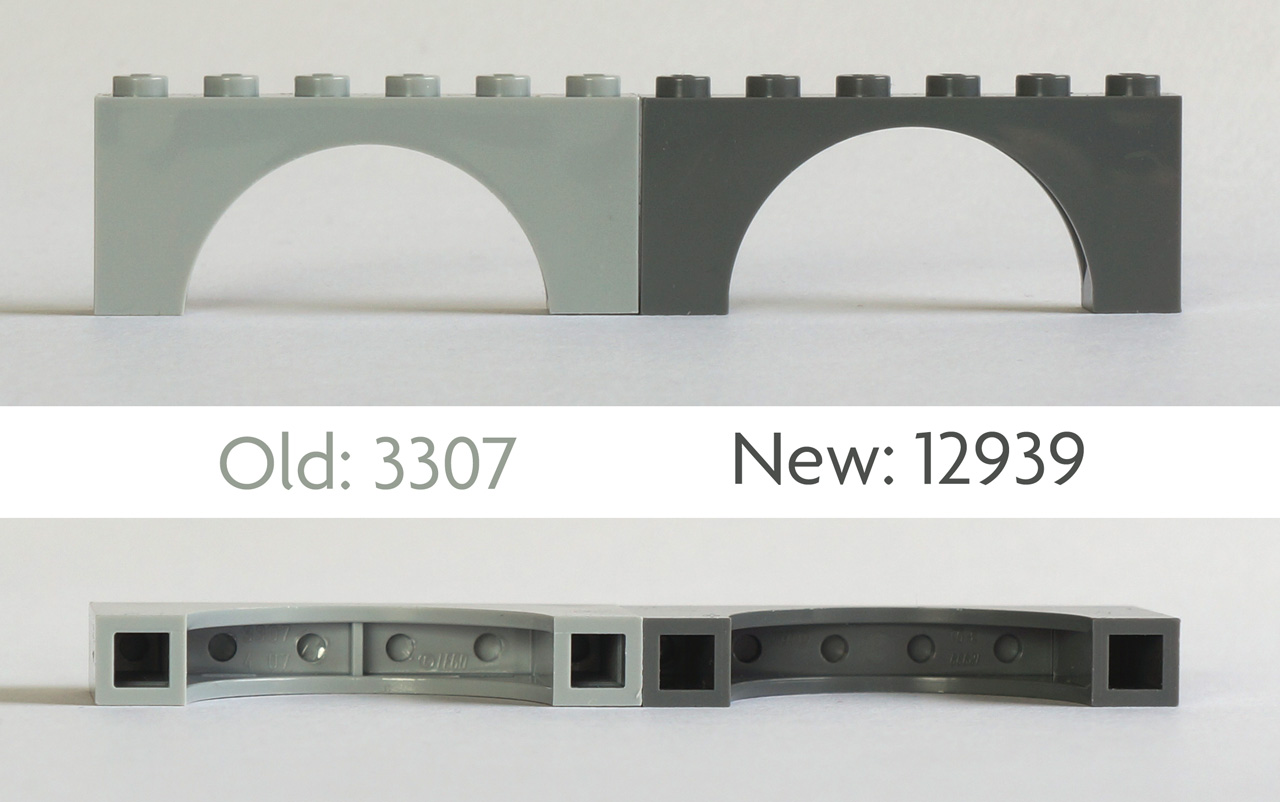 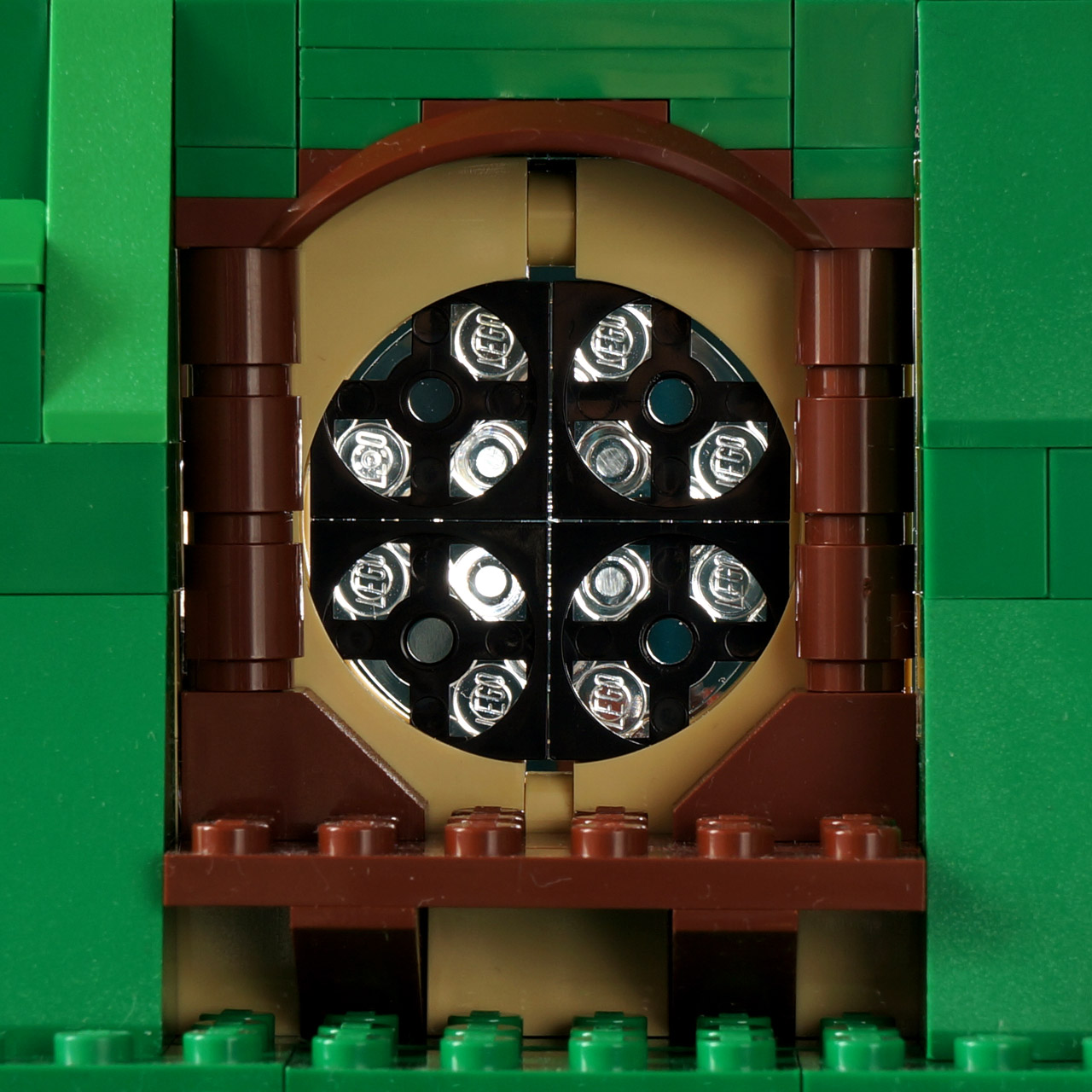 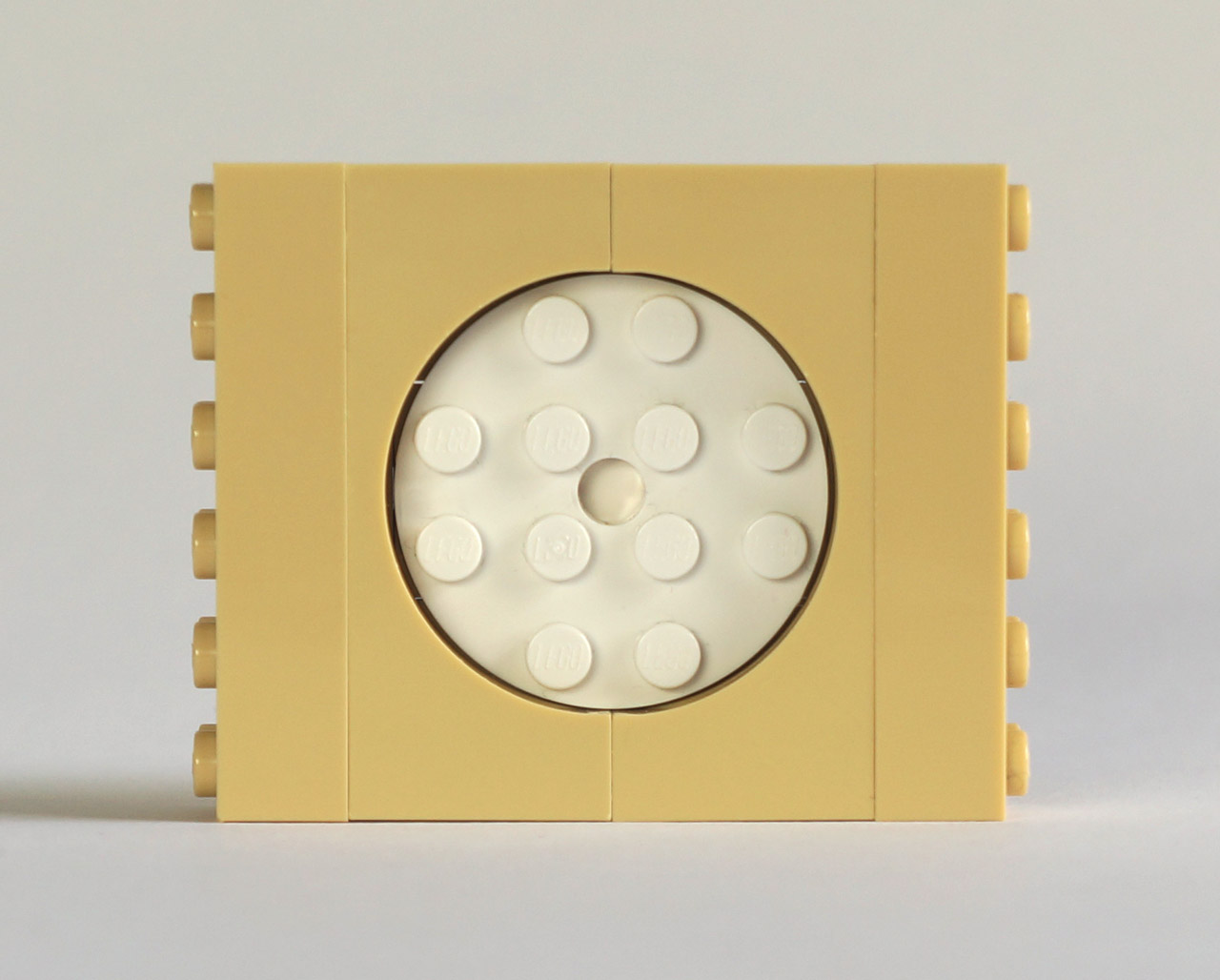 
Next came the new 1X12X3 arch, which BrickLink lists as first appearing in 2014 sets, but I got some in my Friends 41015 Dolphin Cruiser


So as I began by saying, what we are now beginning to see in sets is the raised 1X8X2 arch; again with the bottom of the curve raised by a lip and the top one plate below the brick's top. Like the 1X6X2, the reinforcing bar underneath has gone. 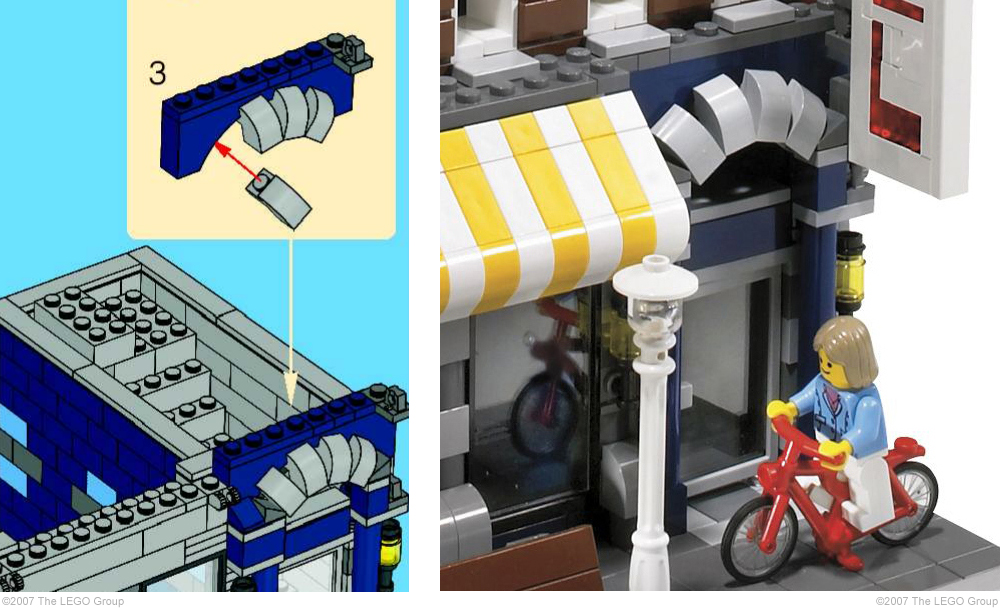 
There is another arch I've not mentioned whose history is a little more complex, as it received more than one redesign - the 1X5X4 half-arch. First it got thinner walls, but then a rather odd change was introduced.


As with all design alterations, there are pros and cons. TLG obviously weigh these up, and involve different departments in the decision-making process. Of course, the pros and cons as far as AFOLs are concerned are somewhat different, since TLG are driven by what's best for kids and keeping everything within System. In the case of these arch changes, I'm still a little puzzled. Changing the top of these curves to be one plate (or two) below the brick's top feels nicely in System, but as mentioned the 1X6X2 breaks the rule. As to the benefit of raising the curves by the height of a lip - perhaps one of you can enlighten me. Only the 1X6X1 shows any clear advantage to me... in fact, taking the lead from the telephone bow combination, I'd love it if the reason is that TLG intend to release new bows in the future designed to fit perfectly inside other arches. A semi-circular smooth brick to fit the 1X6X2 would be a really nice decorative part!