Following his review of the build yesterday, today Lee (cityson on Flickr) examines all the pieces in LEGO® Winter Village 10275 Elf Club House to show you the newer and less common ones that you may like to add to your collection. The products in this article were provided for free by LEGO; the author's opinions are not biased by this. 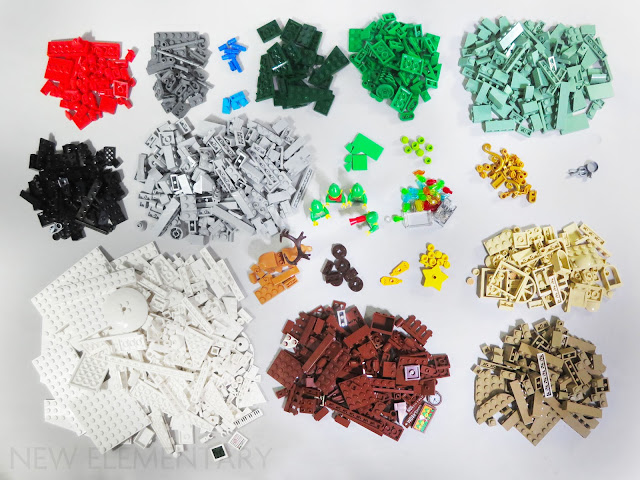 To conclude my LEGO® Winter Village 10275 Elf Club House review, let's take a deep dive into its parts. This photo of its 1197 elements gives you a sense of the colour distribution in this set.

This set doesn't come with many exclusive parts. Apart from the 4 new-but-identical elf torsos (6308556), there are only 2 brand new elements: 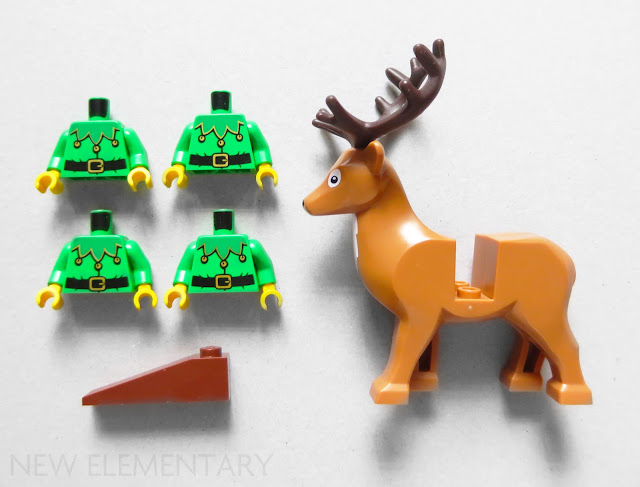 I am not much of a collector of minifigures and animals but I must say I really adore the first moulded reindeer in the world of minifigures, Brixen. 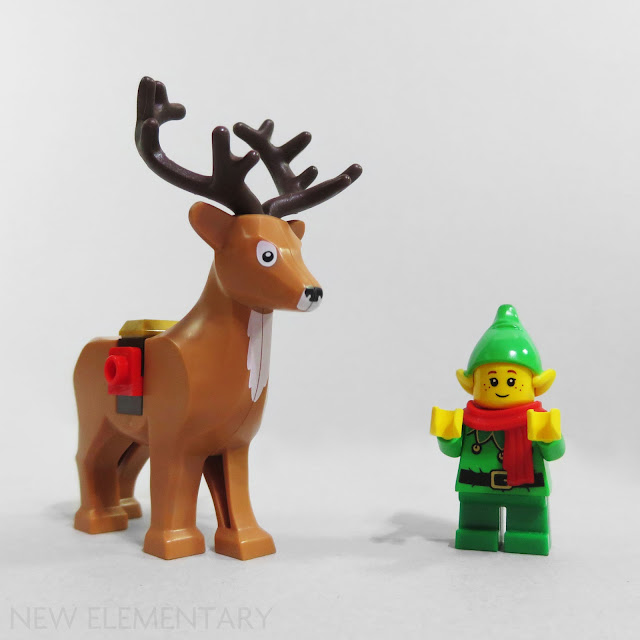 While the brick-built reindeers in 10245 Santa's Workshop were arguably a more creative solution, I personally find them rather out of place on display with the minifigures. Brixen reuses the same element design for the stag in Transparent Light Blue/ Trans-Light Blue (51591) in 75945 Expecto Patronum, which works perfectly in my opinion. The horns are made of soft plastic. 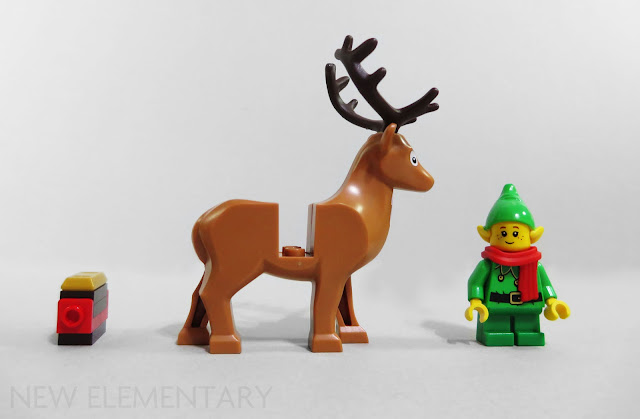 The set has quite a number of relatively rare parts to offer; let’s go through some of them. 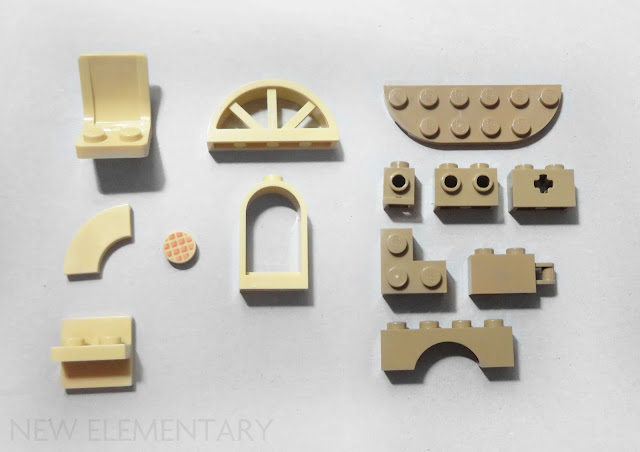 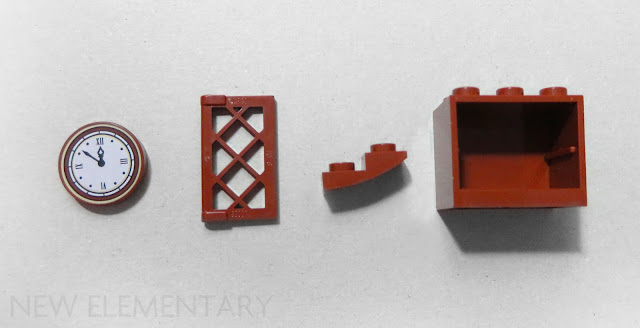 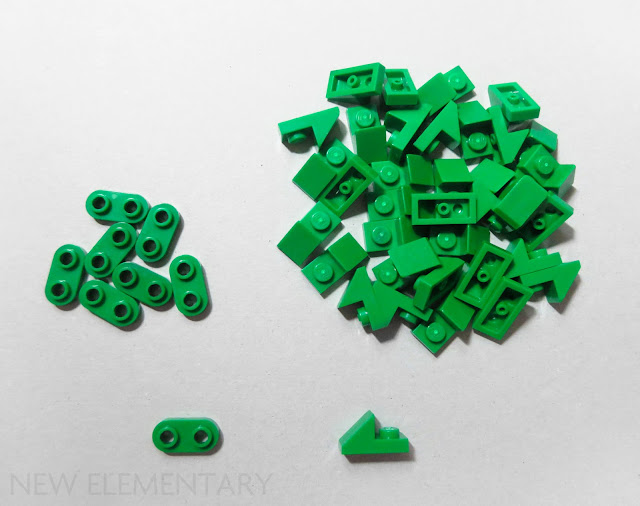 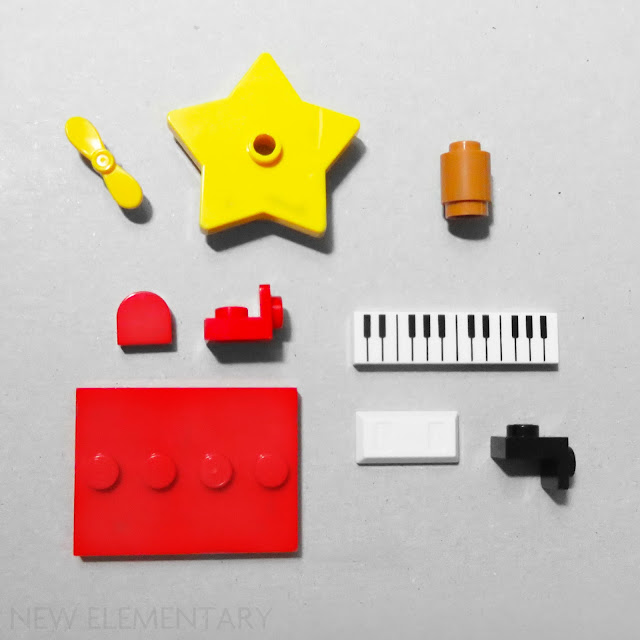 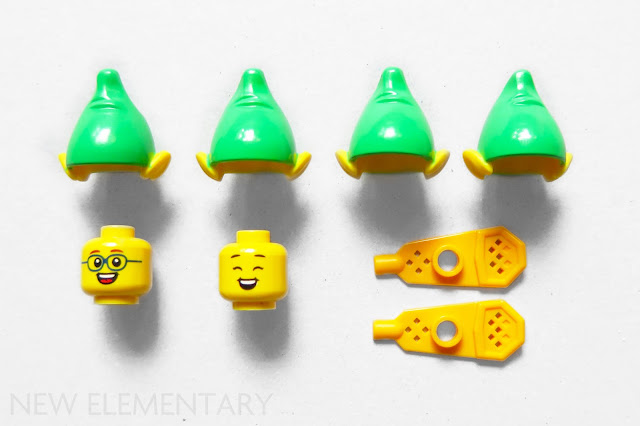 And for those who are into collecting minifigures and accessories:

All text and images are © New Elementary unless otherwise attributed.
Posted by: Admin Posted on 9/30/2020 08:08:00 am
Email ThisBlogThis!Share to TwitterShare to FacebookShare to Pinterest
Labels: Creator Expert, Winter Village