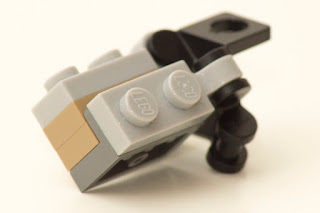 Using Plate 1x2 with horizontal clips, they fold to not quite align about half a plate out in each direction. Using a plate 1x2 with raises 1x2 bracket and a couple of standard plates, I created a structure that bridged the gap.

Where to go from here? Now I had brick structure to attach the piece to something securely, the angles created by the remaining shafts and the neck hole became a playground for greebles, creating strings that wrapped and twisted. The gold pieces I ended up dictating the theme and soon I was getting a feel for how I wanted the creation to turn out. 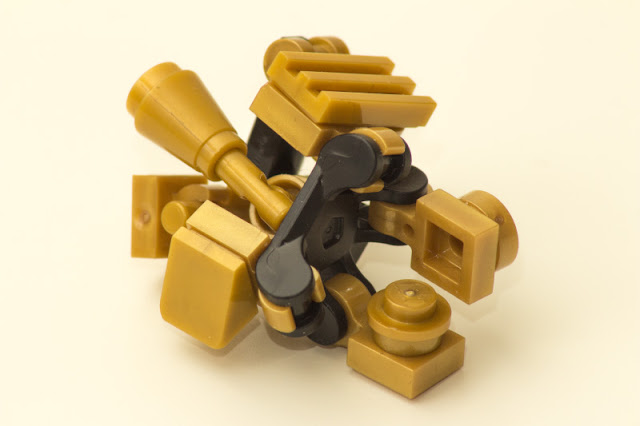 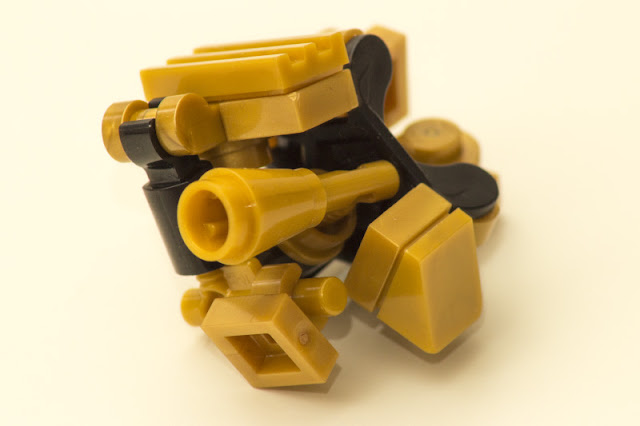 Inspired by what I now know to be the Asp Explorer from Elite Dangerous, I went for a kind of chunky block of a spaceship with a protruding cockpit and big shoulders either side. 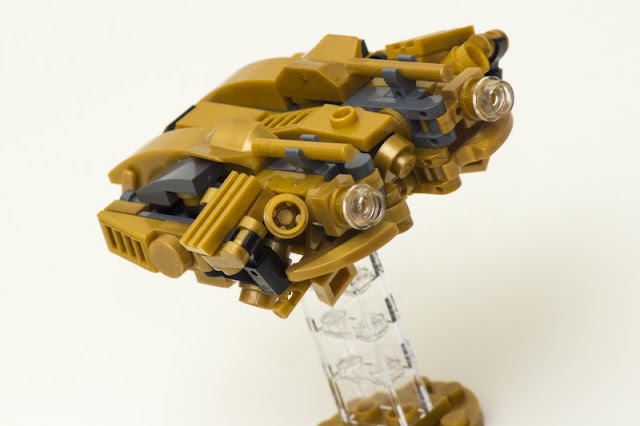 The design was heavily influenced by what pieces I had hand in pearl gold but there were some I was really pleased to have found a home for like the 1x2 sport piece with spoiler. 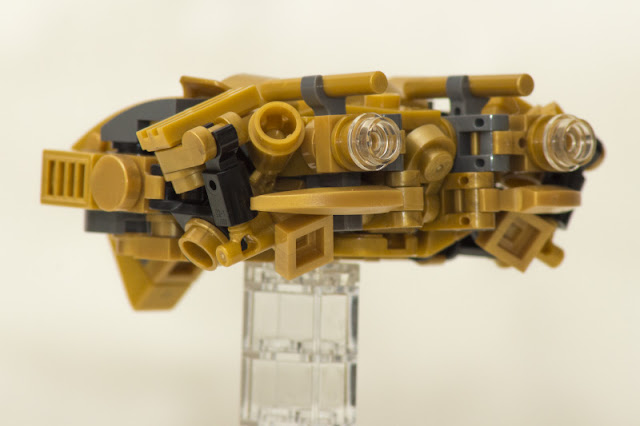 For the neck hole, I use a 1x1 round with holed shaft and a 1x1 round plate with hole to clasp the neck hole reasonably securely. Those with a keen eye may notice that in the final build, I switched the orientation of the back piece so that it attaches 'side and under' rather than 'side and top' but the principle is the same. 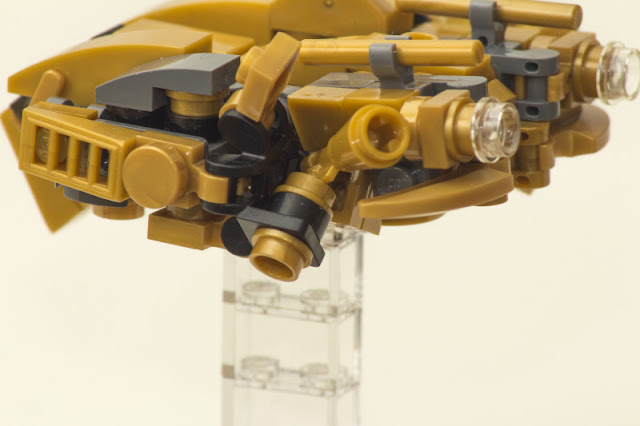 I love this little build, there’s so much going on in such a small space. I’m really happy with the angles that the new piece afforded me and how it let me get all those engine details and obscure positioning. 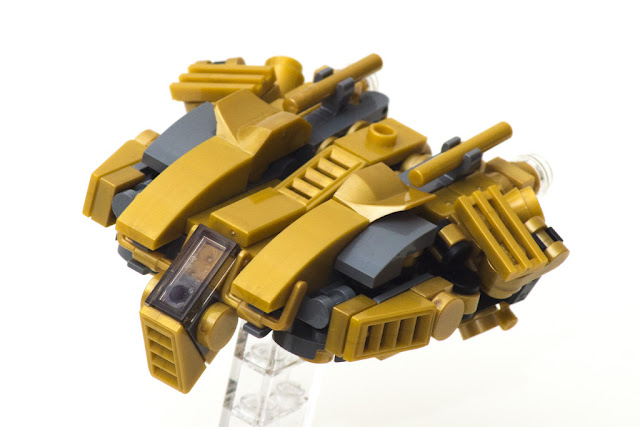 
Products mentioned in this post were kindly supplied by the LEGO Group. All content represents the opinions of New Elementary authors and not the LEGO Group. All text and images are © New Elementary unless otherwise attributed.
Admin: Tim Johnson Posted on 1/13/2019 09:30:00 am
Email ThisBlogThis!Share to TwitterShare to FacebookShare to Pinterest
Labels: Parts Festivals, Space, Technique