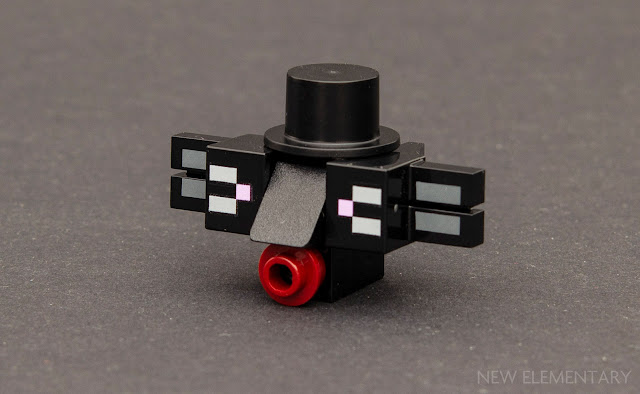 The mould for the cat (officially named Animal Head, No. 19), or “tamed ocelot” for our Minecraft professionals, isn’t actually new for 2018. It was released in 2017 as you can read in my review of Minecraft elements from back then. But I didn’t focus on its geometry, so let’s take the chance to look at it in detail this time. 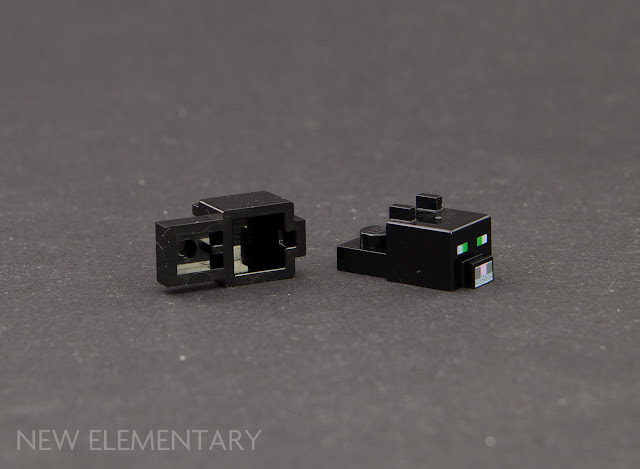 The head itself is a bit wider than a 1x1 brick, but unfortunately doesn’t fit a 1x1 brick inside the hole on the underside. 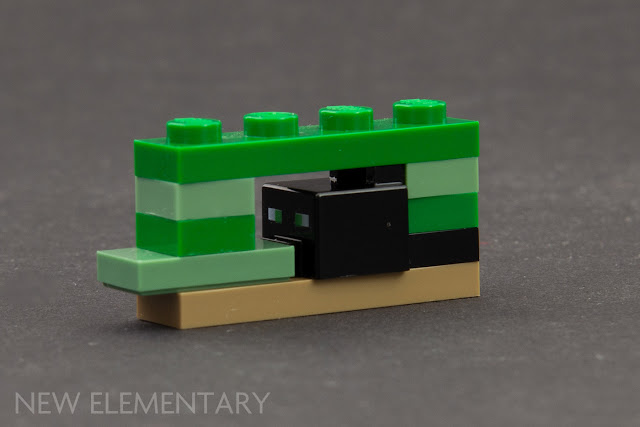 Unexpectedly the nose is the width of a stud and therefore connects to a 1x1 plate or brick. Furthermore a stud fits perfectly between the ears, which allows for some interesting connections too. 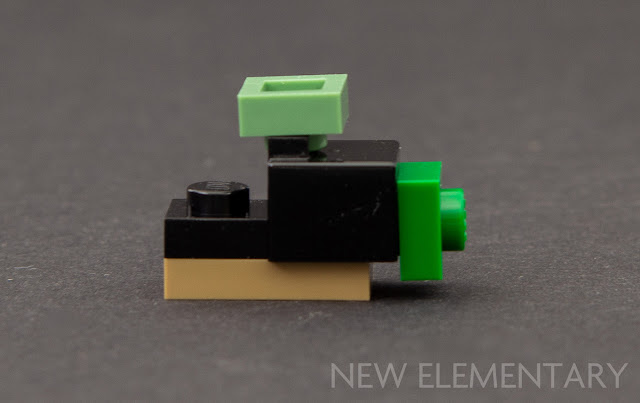 To make use of the hollow underside I built this simple water wheel. The 1x1 tiles on the nose really help to cover the unwanted printing here. 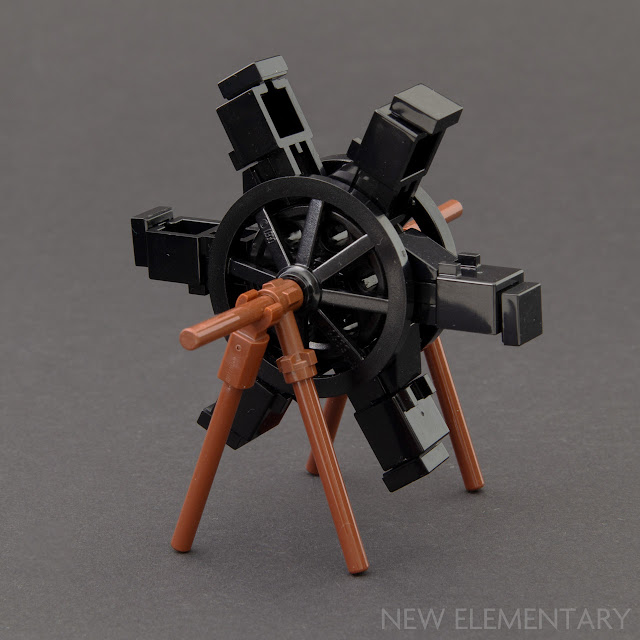 The cat mould also makes an interesting body for a character. Also used here is the Minecraft chicken from the last article. 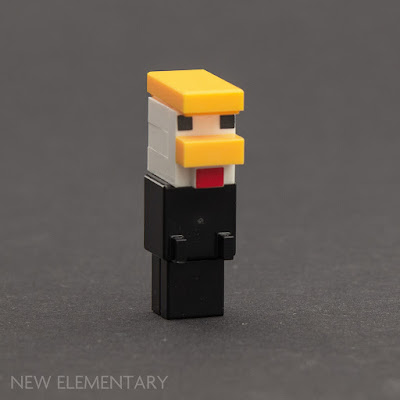 Find the cat element in 21134 The Waterfall Base (Amazon USA). 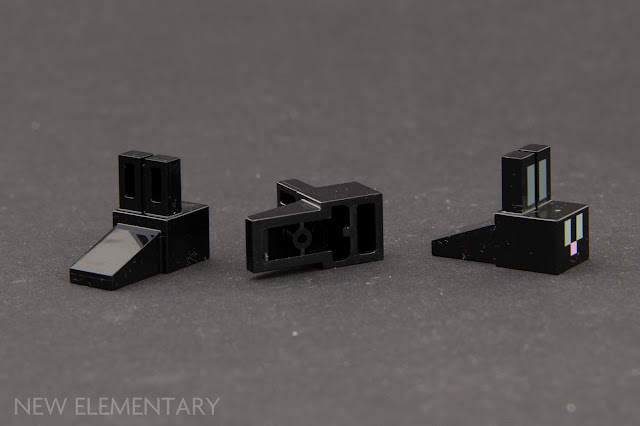 Again the head is a bit wider than one brick and in general it feels a bit odd when trying to fit it into the LEGO System. 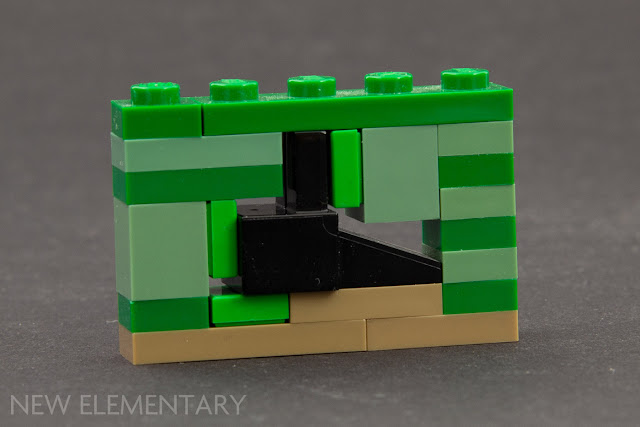 Only the slope on the back seems familiar, as it is almost the same angle as other slopes in the System; somewhere between the 33° and the 18° slopes, but closer to the latter such as the 1x2x2/3 slope shown below. 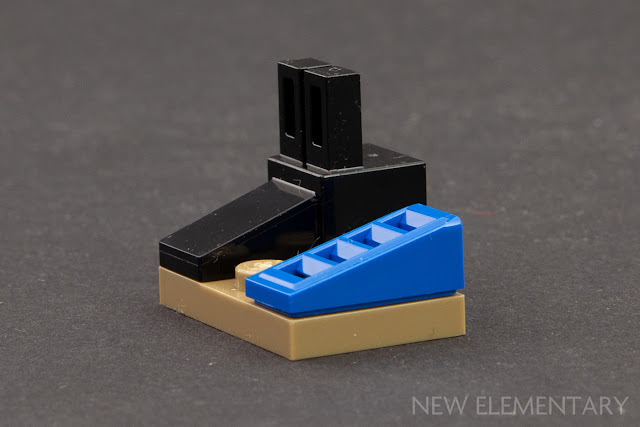 The ears allow for some unintended connections with clips and levers. 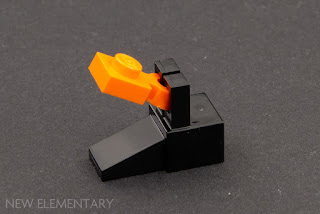 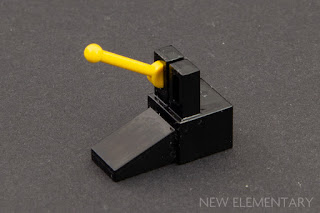 The mould immediately reminded me of a shoe and so I started building a character to fit this shoe. The result is this British sailor, who also contains some other rather new elements such as the 2x2 Triangular Tile (Design ID 35787) and the Candle piece (Design ID 37762). 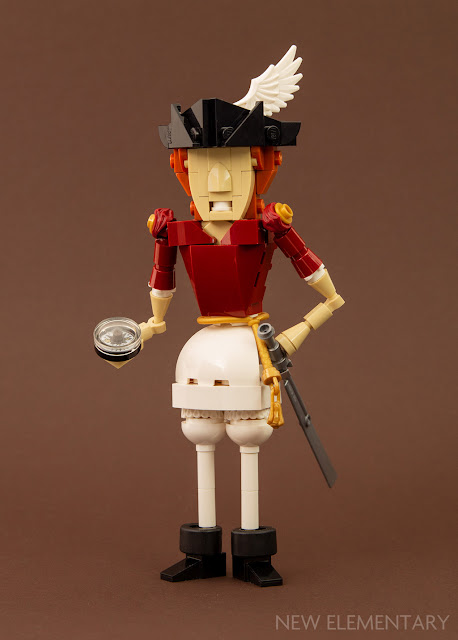 The top of the shoes is made of a tyre and the legs are just squeezed in.

Find the rabbit element in 21144 The Farm Cottage (Amazon USA).

When I bought the Minecraft pieces to a meeting with my friend Cole Blaq we came up with some quick builds that make use of the new pieces. At the start of this post I showed you a head by Cole that actually benefits from the printing on the rabbit. Here are some more tablescraps. 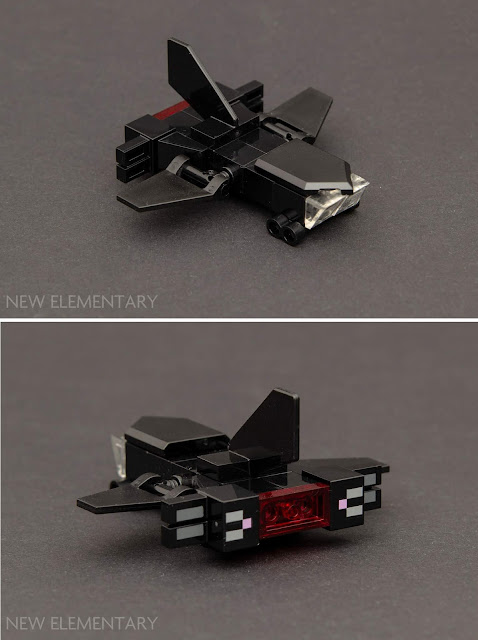 First a spaceship that uses rabbits for the back section. 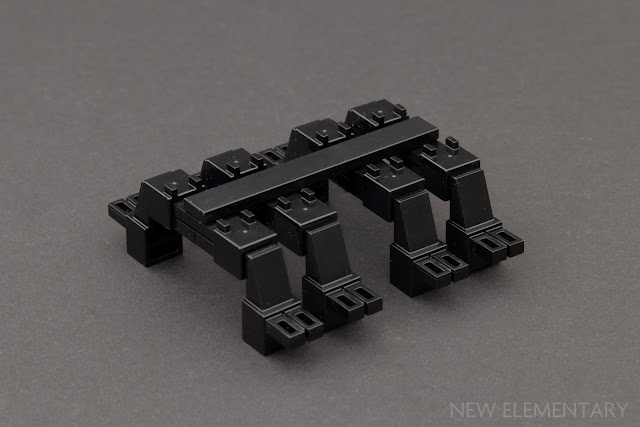 And two more structures that might become space containers or the like, made from cat and rabbit heads. 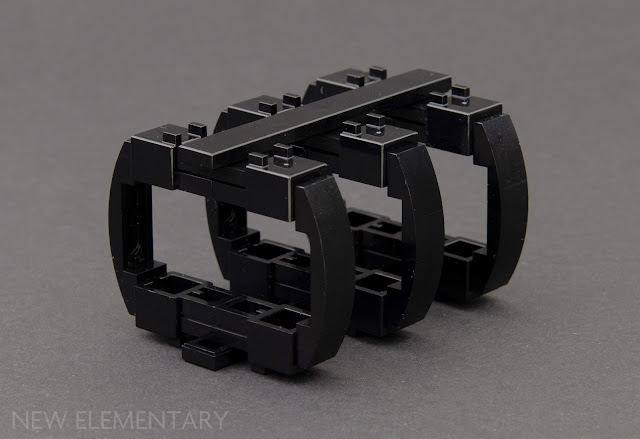 That was our second Minecraft anatomy lesson; be sure to step in for the final instalment here on New Elementary when we examine the horse and wolf.
Get your LEGO Minecraft sets at Amazon USA and you help New Elementary keep on publishing!

Products mentioned in this post were kindly supplied by the LEGO Group. All content represents the opinions of New Elementary authors and not the LEGO Group. All text and images are © New Elementary unless otherwise attributed.
Posted by: Admin Posted on 12/14/2018 11:02:00 am
Email ThisBlogThis!Share to TwitterShare to FacebookShare to Pinterest
Labels: Minecraft, Parts Festivals, Space, Technique