One of the many who regularly display at Bricktastic, the LEGO® show in Manchester in aid of Fairy Bricks, is Alexander Jones works as a LEGO Model Designer for TT Games, so if you're into LEGO video games you've surely played with his models before. But Bricktastic provided the opportunity to see Alex play with his own models! Including Arcee, one of the Autobots from the Transformers franchise which is a favoured subject of his. 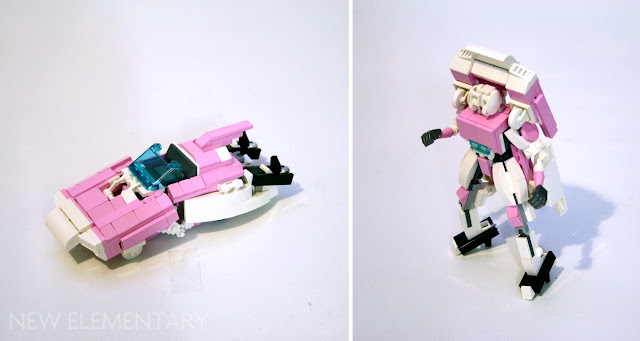 Here is a short video I made of him describing the transformation process.

You'll spot some awesome parts usage in there, and some rare parts as well.


READ MORE: Many more LEGO Transformers can be seen on Alex's blog
Alex has a long history of blending LEGO building with other popular subcultures including street art, science fiction and 1980s toys - such as this recent build of He-Man and Battlecat! 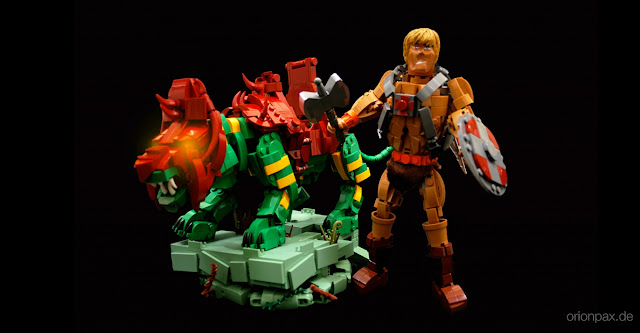 He'd had the idea for some time, but it wasn't until the release of 70904 Clayface Splat Attack that he had the necessary parts available in his ideal choice of skin colour, Medium Nougat [TLG]/Medium Dark Flesh [BL]. Yes, those are buckets in the legs! The head is a custom sculpt by Alex using Buzz Lightyear's head.