Luc Byard surprised me with another creation for our parts festival today! LEGO® part 27255 is critical but nearly invisible in his bold piece of architecture. 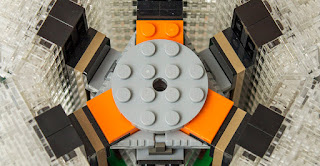 One of the first things I thought about doing with Nexogons was using them for the core of some kind of structure, and here's where that led me.

To do so, I knew I would first need a better solution than I used in the Starglider to give the Nexogon a truly six-sided application. The answer was in yet another little quirk of the piece’s geometry as it turns out that the centre of the bars that appear on three of the sides are exactly the same distance from the centre as the centre of the three 2x2 studded areas. A 2x2 jumper-plate (Design ID 87580) and a 1x1 with top clip (15712 or similar) are one of many possible ways to attach two Nexogons securely at 60 degrees. 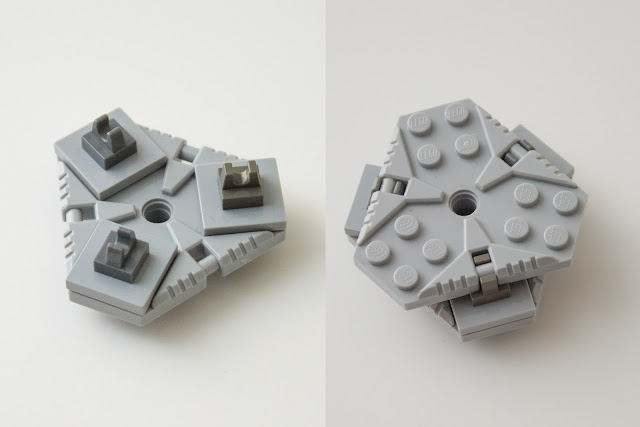 The next step was attaching brackets to allow for an outward facing surface and I found an alignment that alternated 1x2 with 2x2 raised and dropped brackets (99207 and 44728). 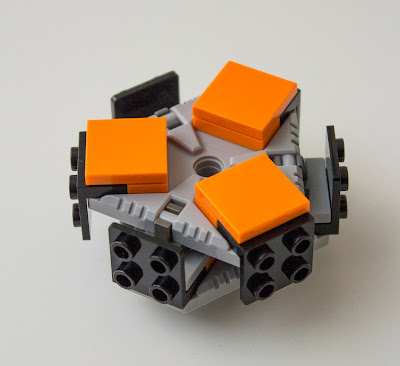 Once I had built a few of them, I then used bricks to stack them in five-plate-apart positions allowing a spine to be added up the side on which I could build the outer sections. 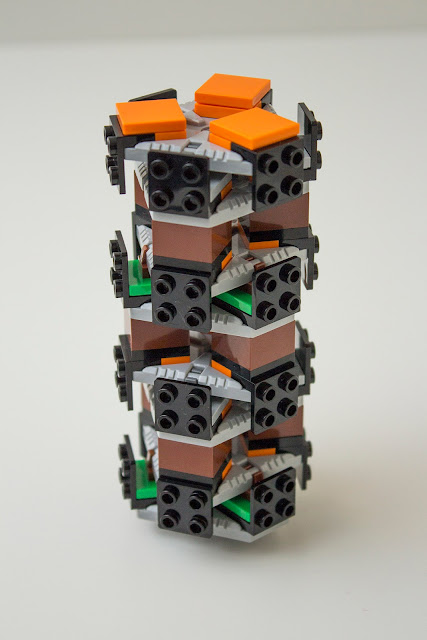 Figuring out what to do now was a bit of a slow process; do I use bows for a curved tower or flat tiles for a strict hexagonal look? As usual in these situations, the tiny little gap where the pieces meet in the corner was my enemy and I wasn’t really happy with my efforts. Then I remembered the back of the Starglider and the odd ‘Y’ shape created by 1x1 slopes (50746 and 54200) which fit almost perfectly against each other. 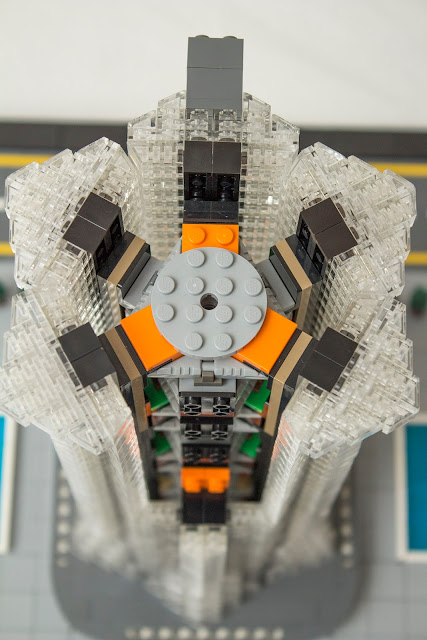 Experimenting with various combinations of ‘plates out’ and ‘plates across’, I finally found a combination that met perfectly. Owing mostly to the number of transparent 1x1 slopes and plates (3024) I have, my tower soon had the appearance of a modern glass building. 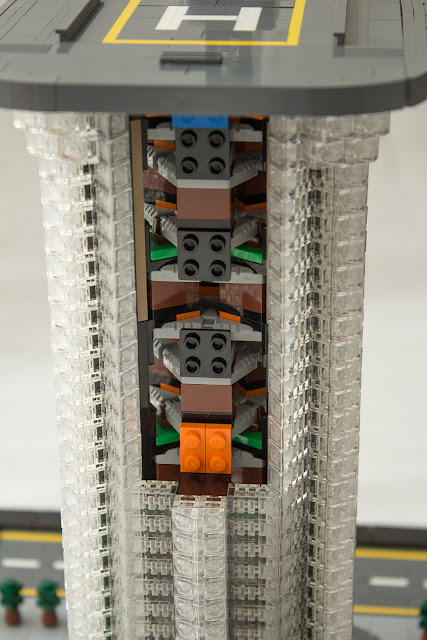 With the tower complete and my stick of transparent cheese slopes eradicated, I was left with the task of adding a base and a cap to finish the design. I think it would be fair to say there’s probably a reason I’m not a real architect as although my ‘buildings a sculpture’ approach may be interesting, it’s probably a bit far for most people but I like to think it would get noticed in a busy metropolis with its sundial/sailing ship motif… 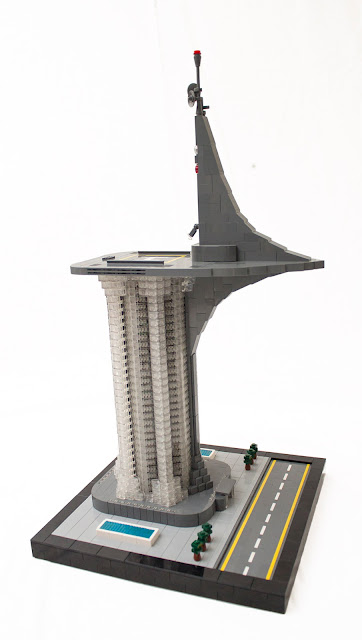 Posted by: Admin Posted on 6/02/2017 11:45:00 am
Email ThisBlogThis!Share to TwitterShare to FacebookShare to Pinterest
Labels: Parts Festivals, Technique