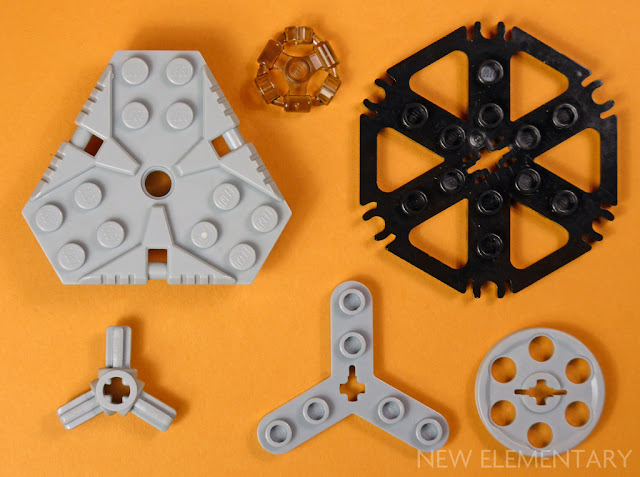 Joining Nexogons at the bar

To explore some 3D geometry using the Nexogon, I wanted to join them together as close as possible along their longest side.

I settled on using two 1x2 modified plates with vertical clips (Design ID 11476) joined with an intermediate 1x2 plate. It also works with 1x1 clips and plates of course, but the 1x2 arrangement prevents any undesired misalignment.

When hinged to the fullest extent possible, the Nexogon on the stud side of the block can hinge to about 48°, whilst that on the anti-stud side is limited to about 28°. 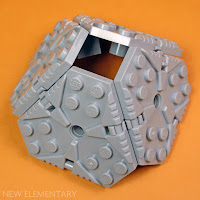 A pair of these assemblies can then be combined to form a truncated octrahedron, shown below left.

It's also possible to cluster together two or more octrahedrons, shown below right. 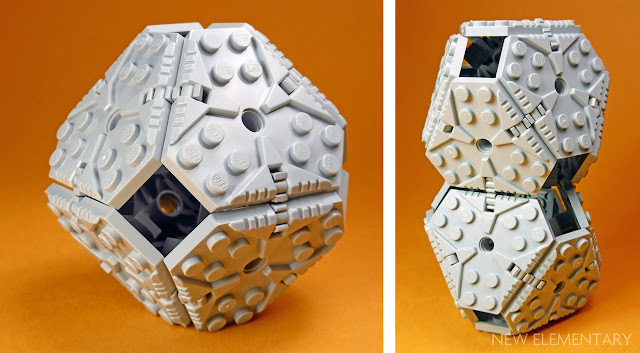 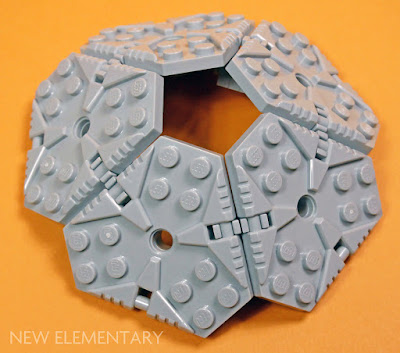 Joining two of these together creates a shape that I couldn't find a name for, so I'll skip over that because what is far more interesting is what happens when one joins 20 Nexogons together in this way... 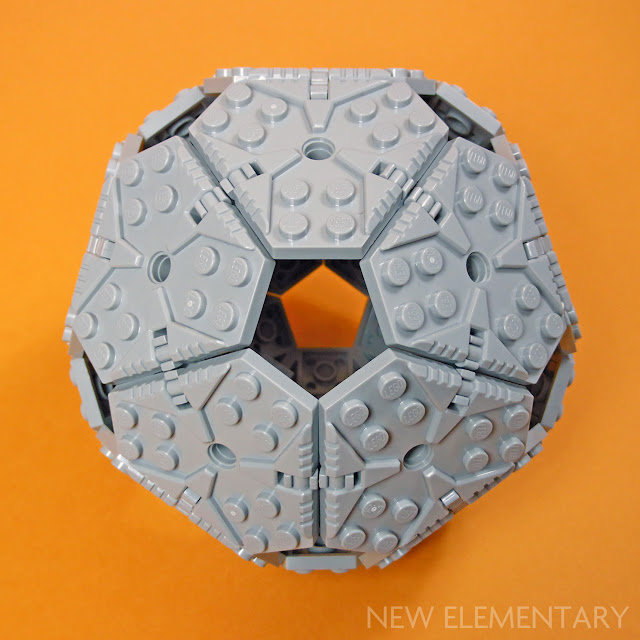 Clustering several pentagon-based pyramids would create a much larger shape based around a dodecahedral core but it would take 60 Nexogons to complete it; there are 20 in use in the image below. 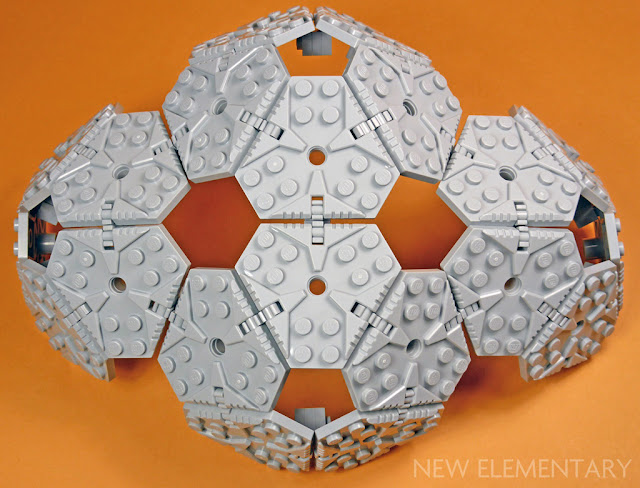 In fact, it would need some internal bracing to maintain the form.

Joining Nexogons via the studs

I've explored a few combinations by connecting the Nexogon's studs but there's nothing very exciting to report. 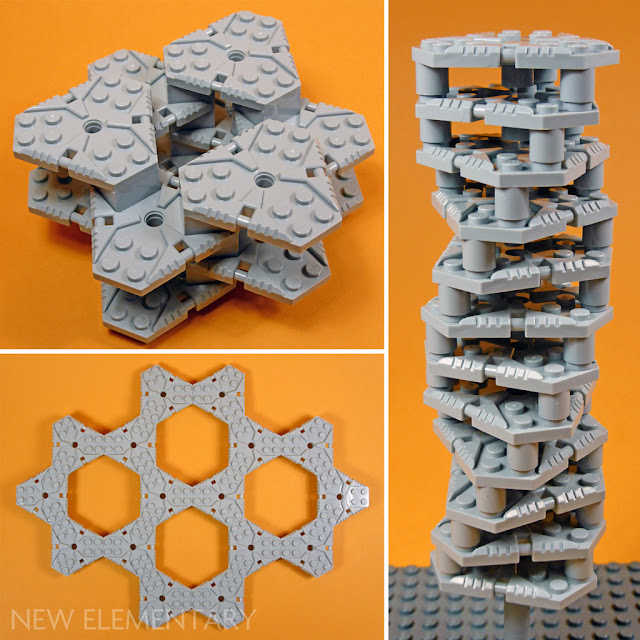 The transparent plates show that none of the anti-studs correspond with the studs on the other areas of the Nexogon. Neither could I find any half-stud (jumper) arrangements that would correspond (see top right). 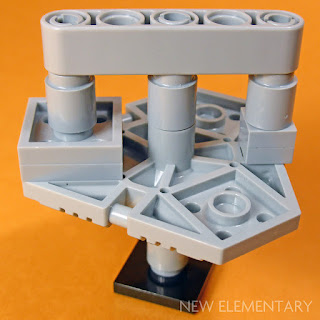 However, the spacing of the bar, centre hole and centre of the 2x2 stud arrangement, are each spaced by 2 studs.

The lower two images show how the alignments work in conjunction with a couple of the other elements in the "60° family".

[Note from Ed: It's interesting to see different approaches to the same geometric discovery as made by Gary compared to Neil Crosby, as shown last week.] 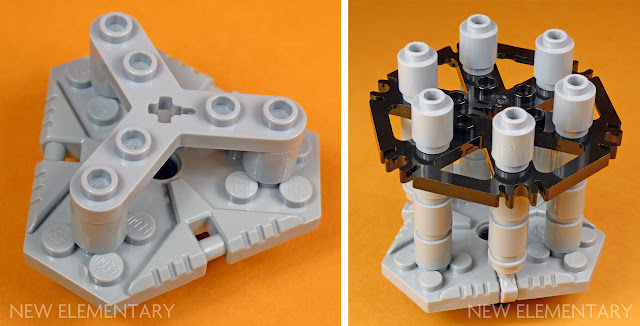 The centre connection of the Nexogon is designed to receive a Technic pin. But for some reason it's a very sloppy fit, as can be seen in the image below. 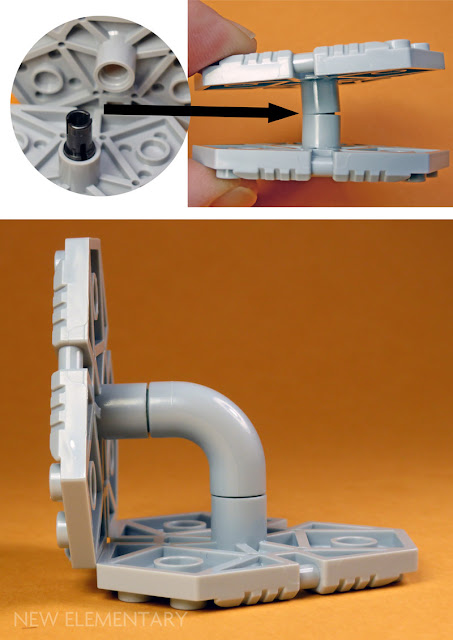 Just as a point of interest, the macaroni tube joins to Nexogons such that their long edge is neatly touching. 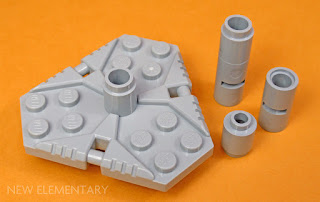 Another surprising and disappointing feature of the centre hole is the fact that it is too wide to clutch a stud.

With all this geometry and alignments to play with, I still haven't around to seriously building with the Nexogon. But here are a couple of tablescraps. 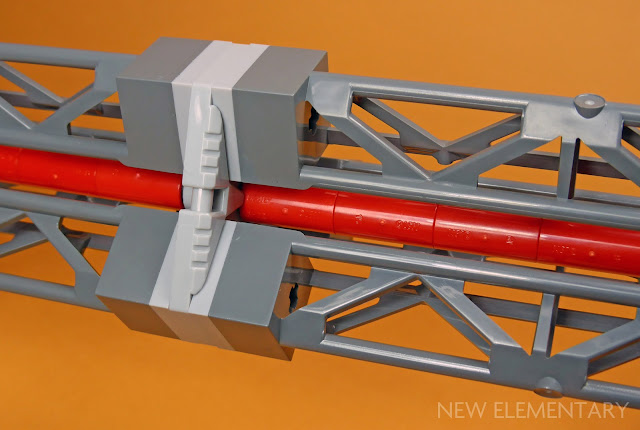 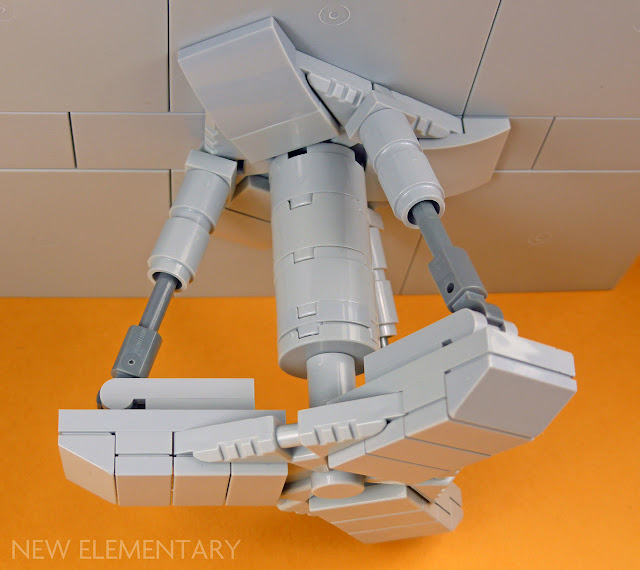 This is based very loosely on those from the Nostromo in Alien. I like to imagine the footprint that this would leave on the planet surface!

Posted by: Admin Posted on 3/16/2017 07:26:00 am
Email ThisBlogThis!Share to TwitterShare to FacebookShare to Pinterest
Labels: Parts Festivals, Technique